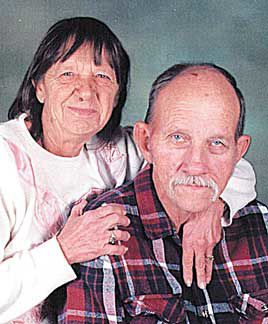 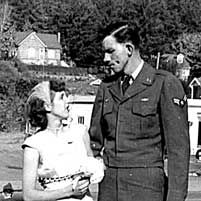 Bonnie and Tony Jones then

Bonnie and Tony Jones then

Tony and Bonnie Jones of Pendleton will celebrate their 50th wedding anniversary Nov 1, 2008.

Anthony T. Jones married Bonnie J. Thames Nov. 1, 1958, at Stevenson, Wash. They lived briefly in Spokane until Tony's discharge from Fairchild Air Force Base, and then moved to Umatilla, where Tony worked various jobs. They later moved to Rieth, and then east of Pendleton. Tony worked at Harris Pine Mills and in construction, and retired in 1998 after 33 years of service with the Union Pacific Railroad.

In early years Bonnie worked at Birds Eye Cannery in Walla Walla, Weston Cannery, and Smith Cannery in Pendleton, where she was floor boss in the freezing department in 1961. She then became a full-time housewife.

The Joneses love to go camping in the mountains and fishing on the Snake River. They enjoy country music, shooting pool at home, and spending time with their dogs.

They have several nieces and nephews.