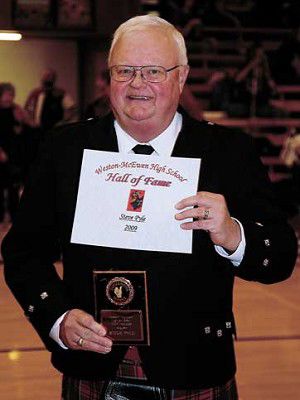 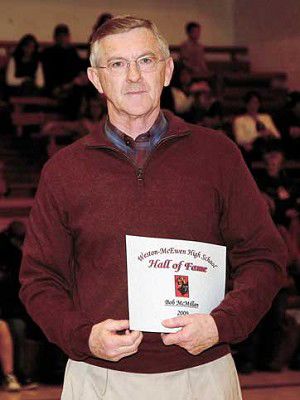 Pyle started teaching for the Athena School District in 1968. In 1970, he was drafted into the U.S. Army but he returned to the district in 1972. He formed the Highland Lassies Pipes and Drums, which eventually became Weston-McEwen Pipes and Drums. He led the pipe and drum band to many places, including Washington, D.C., for the National Independence Day Parade. He retired from teaching in 2000, but continues to work with the band.

McMillan graduated from McEwen High School in 1963, where he was a four-year letterman in football and a three-year letterman in basketball, baseball and track. He graduated with honors and received an academic and athletic scholarship to Eastern Oregon University, where he lettered in track and basketball. He earned his bachelor's degree and master's degree in elementary education at EOU and a second master's degree in education administration from the University of Oregon.

He's had a long career in education, working in Pendleton at McKay Creek Elementary, Sherwood Elementary and Pendleton High School. He also worked as an adjunct professor at Eastern and was a university supervisor for six area colleges and universities.

'There are no loopholes': Actress describes 'Camp Quarantine'