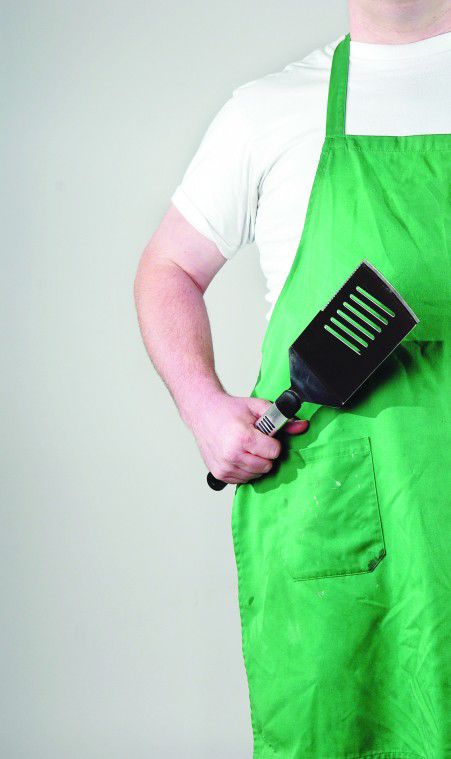 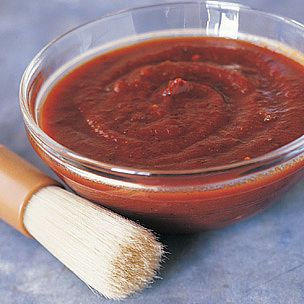 Spring comes and the covers come off the grills. Men don aprons and gladly toil over hot coals or propane flames cooking burgers, hot dogs, steaks, chicken, pork and just about any fish or vegetable they can wrap in aluminum foil.

While many outdoor cooking enthusiasts called this barbecuing, those in the know call it grilling. To barbecue means to delve into a methodology of cooking meats that depends on wood chips, dampers, weather conditions and, perhaps above all, patience.

Jeremy Clark of Hermiston has been perfecting his barbecue techniques for 10 years. Now 35, he said he got hooked while living in Eugene when he visited a friend who barbecued a meal.

He was really good at it, and I couldnt belive the stuff he made, Clark said.?So I wanted to give it a try.

Any time you slow-cook the meat, you have a more tender result, you also can get more flavor, he said.

He does both. He said hell grill hamburgers and hot dogs, but good cuts of meat go into the barbecue, or smoker.

Clarks first experience with barbecue set him on a cooking journey. He got equipment and bought barbecue books. He studied and practiced. Nowadays, he barbecues with an offset smoker, which keeps the heat chamber next to a large, dome-covered grill. Dampers on both sections help control temperatures, and the smoke from the heat chamber soaks into the meat, giving it that classic barbecue flavor.

Steaks, baby back  or pork  ribs, pork loin and tri-tip sirloin are Clarks favorite meats to barbecue. Tri-tip is a popular cut of sirloin that is relatively low in fat. Clark said he likes it because it doesnt take quite as long to smoke as the other meats. Pork ribs, for example, can take as long as six hours.

Clark also has given brisket, a very large cut of beef, a try.

Oh, you can cook that the whole day, he said.

Knowing how long to cook isnt just about knowing how meat should look. Clark said a meat thermometer is a must-have tool for every barbecue cook. And he advised newcomers that the meat will continue cooking internally even after you pull it off the grill.

He also suggested to allow meats to come to room temperatures before cooking. He said the meat cooks more evenly that way.

Rubs also are a key to good barbecue. Rubs are mixtures of spices and herbs cooks cover the meat in before it goes on the grill. Rubs are either wet  using a liquid to make a paste  or dry.

Clark said he learned to make his own rubs, but today actually uses a store-bought variety that has just the right mix of brown sugar and spicy pepper flakes to create a savory sweet and spicy dish.

Unlike cooking over hot propane or charcoal briquettes, barbecue cooks have to pay attention to the weather. A windy or cold day will sap heat from a barbecue, adding hours to the cooking time.

Clarke has smoked turkeys for Thanksgiving. A couple of years ago on a warm November day, the bird was done in three hours, he said. But last year, it was cool and cloudy, and a similar-sized turkey took two hours longer.

Barbecuing is more work than grilling, Clark said, and he pushes himself to out-do what he did last.

And, he said, Its also fun to have friends over to tell you how good the result is.

Clark has grown confident enough in his barbecue skills to compete locally. This year, he and teammate Chris McClellan of Pendleton again will enter the Buckaroo BBQ Challenge during the Pendleton Cattle Barons Weekend later this month. Teams of two can barbecue tri-tip, baby back ribs or both.

Last year, Clark said, they thought their ribs would be better than the tri-tip. But they turned out just the opposite. This year, he said, hes confident the ribs will prevail.

I think weve got some winning recipes this year, he said.

Fauci: US still 'knee-deep' in first wave of coronavirus