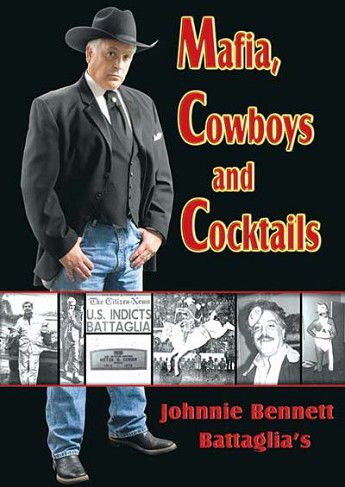 Johnnie Bennett gives a first-hand account of growing up around some of the most colorful people in the Mafia, rodeo and Hollywood in the book, "Mafia, Cowboys and Cocktails." 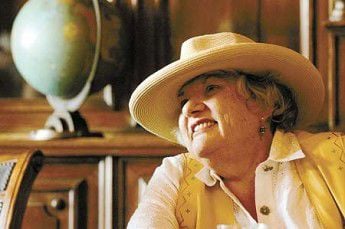 Johnnie Bennett gives a first-hand account of growing up around some of the most colorful people in the Mafia, rodeo and Hollywood in the book, "Mafia, Cowboys and Cocktails."

Reading like a who's who of the Sicilian Mafia, Johnnie Bennett (Battaglia) gives a first-hand account of growing up as the son of a mafioso in his book "Mafia, Cowboys and Cocktails."

"I had a story to tell, but I didn't know if I was a storyteller," he said.

During his 17 years of research, Bennett pressed the Federal Bureau of Investigation for information.

"At first they kept giving me pages that were blacked out," he said.

However, they finally relented and provided Bennett with several hundred pages of documents.

That, coupled with scouring through newspaper archives at Cal State Northridge and Internet searches, resulted in a 363-page account of some of the most colorful people in the underworld, rodeo arenas and Hollywood.

As an up-and-coming child star, Bennett went from working on the set of "A Big Hand for the Little Lady" to living outside of Prineville.

"From Hollywood to hell - it seemed like then," he said.

After acting in commercials for such products as Oreo cookies and Crackerjacks, Bennett had graduated into reading for movie parts and screen tests. Just before his father, John "The Bat" Battaglia, was sent to prison, the precocious 8-year-old had landed a part in the Western comedy.

"Joanna Woodward played my mother. Henry Fonda was in it, Burgess Meredith, Jason Robards - some really heavy hitters in Hollywood."

However, Bennett was temporarily bucked off his acting career when his father was sent "up the river" and his mother married Ronnie Raymond, a five-time Pro Rodeo Cowboy Association national finalist in saddle bronc riding.

"It was a heartbreak, I was a movie star," Bennett said.

Living in central Oregon, Bennett, along with his family, adopted the rodeo lifestyle while his father served time for tax evasion.

Battaglia had run a sports book and was a loan shark in Las Vegas.

"Dad was kind of like a bookie to the stars. He had high-end clientele."

Battaglia met Bennett's mother, Patsy Mink, when she was a dancer on the Vegas Strip.

Their life together, however, wasn't all glitz and glamour.

"When I was 5 years old, one of my first recollections is my dad being hauled away on a stretcher when my mother shot him," Bennett said.

If his father had a shady side, his uncle's was even darker.

"The Two Tonys," Bennett said, referring to Anthony Brancato and Anthony Trombino, were whacked by Charlie "Bats" Battaglia and "Jimmy the Weasel" Fratianno.

As an adult Bennett, himself, has been drug around by his spurs a time or two.

However, five years ago, Bennett was tamed when he married his wife, Linda. They now live in Mt. Vernon, where they own and operate a motel/recreational vehicle park.

Best Pixar films according to critics