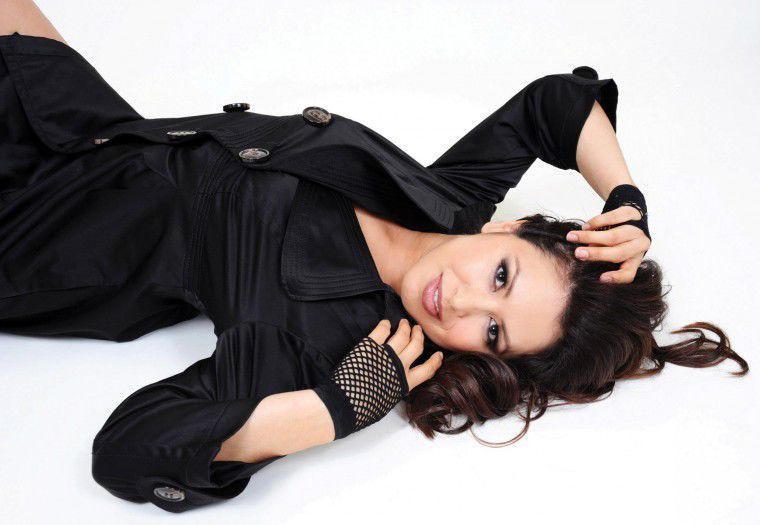 <p>Kikey Castillo said growing up as a member of a migrant family in Eastern Oregon helped make her who she is today as an actress and talk show host.</p> 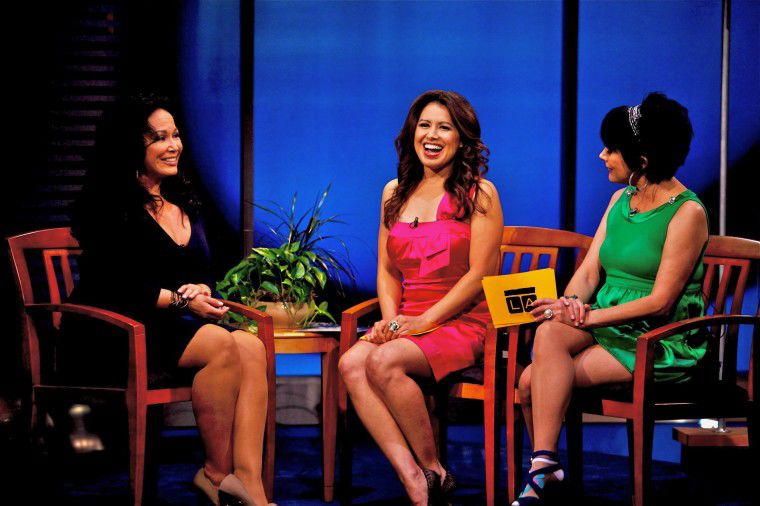 <p>Castillo laughs as she and co-host Dyana Ortelli (right) interview a guest.</p> 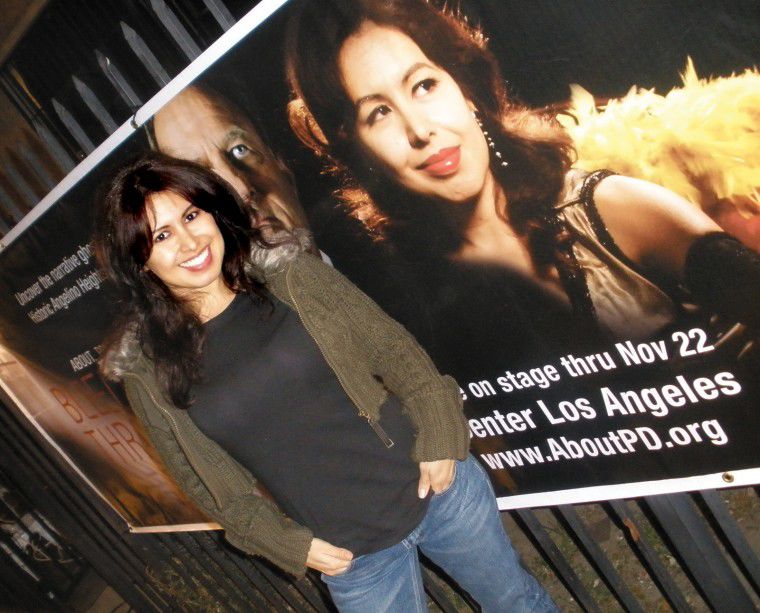 <p>Actress Castillo stands in front of a theater billboard for a live theater production.</p> 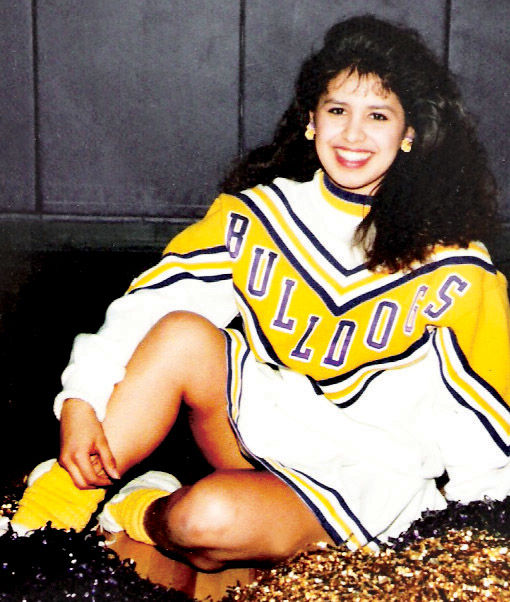 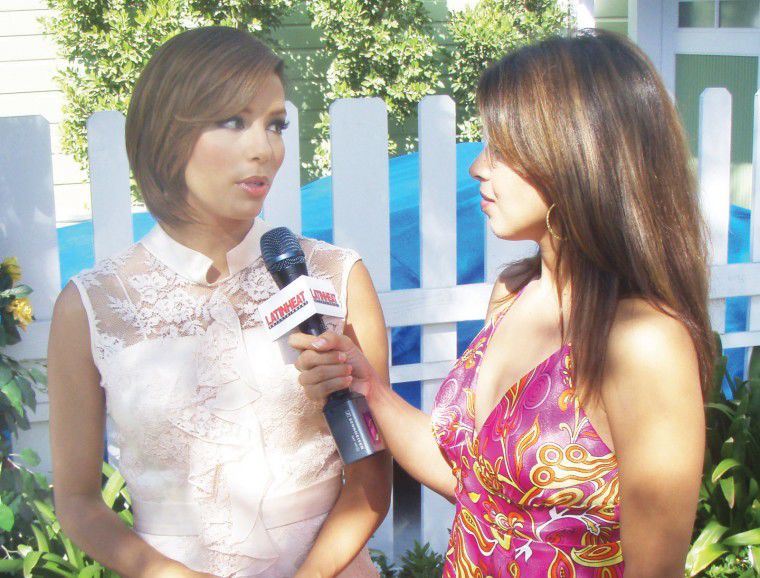 <p>Kikey Castillo said growing up as a member of a migrant family in Eastern Oregon helped make her who she is today as an actress and talk show host.</p>

<p>Castillo laughs as she and co-host Dyana Ortelli (right) interview a guest.</p>

<p>Actress Castillo stands in front of a theater billboard for a live theater production.</p>

Actress and talk show host Kikey Castillo knows the glitz and glam of Hollywood, but shes also intimately familiar with the not-so-glamorous life of a migrant farm worker.

Castillo as a young child spent time in the fields outside her native Hermiston, while her single mom, uncles and aunts harvested crops.

Migrant farm workers dont have money for babysitters, Castillo said. They take you with them.

As a teenager, she sweated alongside her family, harvesting onions, cherries and other Eastern Oregon and Washington crops. The labor was backbreaking and difficult.

I remember thinking, This is a lot of hard work, Castillo said. I realized I was going to do everything in my power to change my environment.

These days, Castillo has left the migrant life behind. She acts in movies, commercials and live theater and hosts a Los Angeles television show called Lets Talk!, a Latino version of The View.

Castillo talked about her life during a recent Skype interview. The animated actress exudes an infectious joie de vivre that belies her complicated and sometimes-difficult journey.

She described herself as an ambitious student-athlete at Hermiston High School. She served on student council, played tennis and volleyball and captained the cheerleading squad:?a typical American teenager.

I remember enduring teasing from my cousins because I was so Americanized, Castillo said. I got ribbed because I stepped out of the traditional box.

Her cousin Jose Navarro said Castillo, who graduated from HHS in 1993, broke some barriers.

If you were Hispanic, you didnt participate in those things, said Navarro, now an electrical engineer in Beaverton. For her to be a cheerleader...there were no Mexican cheerleaders.

Castillos best friend and fellow cheerleader, Amy Hoffert, remembers her as a popular and confident dynamo.

She was fearless, said Hoffert, of Hermiston. If there was something she wanted to do or try, shed do it.

When the cheerleading coach wanted someone to learn back handsprings, Castillo borrowed a gymnastics mat, practiced until she had mastered the move and performed back handsprings at every game.

After high school, Castillo headed to college, the first in her family to do so. She studied communications at the University of Arizona.

I was always very determined to succeed, Castillo said. I planned to go to college, get a job, carry a briefcase, work in a skyscraper and make tons of money.

She stayed on course until on impulse she signed up for an acting class shortly before graduation. The acting bug bit hard.

It really was a fever inside me, Castillo said. I became alive.

She ignored it, thinking of how much her mother had sacrificed to send her to school, and secured a job as communications coordinator for a mechanical contractor. She climbed the ladder, earned good money and had a serious boyfriend. She acted in community plays and commercials on the side and couldnt stop herself from dreaming about an acting career in Hollywood.

Eventually, Castillo came to a crossroads.

I could continue down the path or I could take a leap, she said. I leaped.

She packed up her Miata and headed for Hollywood. In the sports car with her were her luggage and a deep, immense dream.

Life wasnt easy after she arrived in California.

I went on what seemed like hundreds of commercial auditions here in LA without getting hardly any callbacks, Castillo said.

I was beginning to think it was like winning the lottery, she said, darn near impossible.

Her first job, a bit part in the film Alpha Dog, had promise. The movie featured Bruce Willis, Sharon Stone and Justin Timberlake.

Castillo reveled in the life of a feature film actress, drinking in every detail. The experience, however, ended in disappointment when her performance ended up on the cutting room floor.

It was back to square one, she said.

She eventually snagged roles in indie films and commercials. A Dennys commercial features a man salivating over a stack of pancakes and Castillo as a spirited waitress. She only has four words, but she says them convincingly. Castillo finds joy even in this smidgeon of dialogue.

I LOVE pancakes, she said, grinning. It was so funny I got a commercial about pancakes.

Thats Kikey Castillo, something of a Latino Pollyanna who revels in the positive and shucks aside the negative. The attitude is essential, she said, because one can easily get chewed up in the acting business.

Castillo is the youngest of the four hosts of Lets Talk!, another Latin Heat production. The show started online, but now airs on television. Lets Talk has potential, Castillo believes, to expand into more markets.

In 2009, Castillo and the cast of the live theatrical production 8 Ways to Say I Love My Life and Mean It won an Imagen Award for the shows positive portrayals of Latinos.

Things will only get better and better, she believes. She refuses to think of any other life.

Im not a big fan of back-up plans, Castillo said. Im a fan of living life and doing what makes you happy.

At the same time, she knows this career isnt for everyone. She advises only the most confident budding actors and actresses to proceed.

You hear millions of negatives. If you dont have a good, strong character, your self-esteem goes into the pits, she said. If you have the desire, drive and guts, then do it.

She just kept moving forward, he said. She knew where she was going.

As for Castillo, she doesnt regret ditching her corporate career for acting.

Id almost rather fail at doing this than say, What if? Castillo said.

Her mother, Aurora Madrigal, now living in Phoenix and at first dubious of Castillos crazy quest to become an actress, is now solidly on board.

Because of her humble beginnings, Castillo spends time helping youth believe in themselves, often coaching children about acting and watching them emerge from their shells.

People probably wouldnt have placed a bet on me doing well in life, she said. I want to help kids realize they dont have to be people-approved.