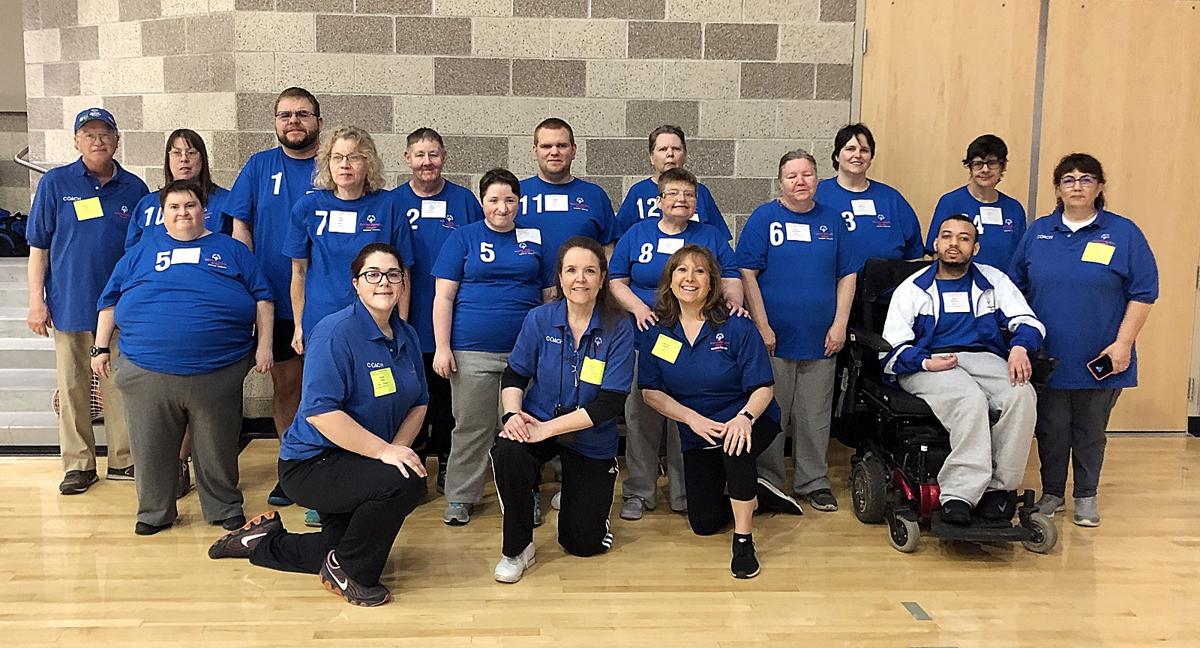 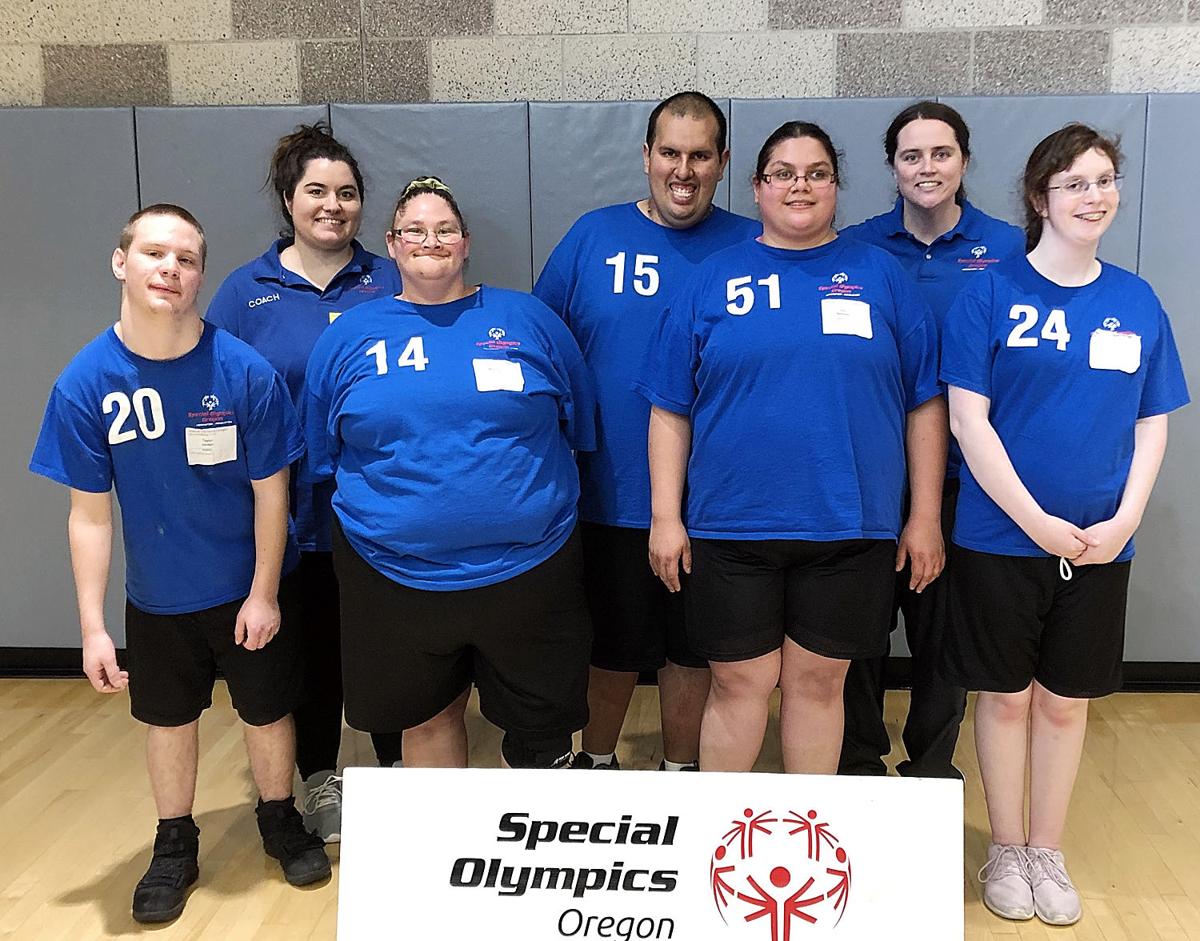 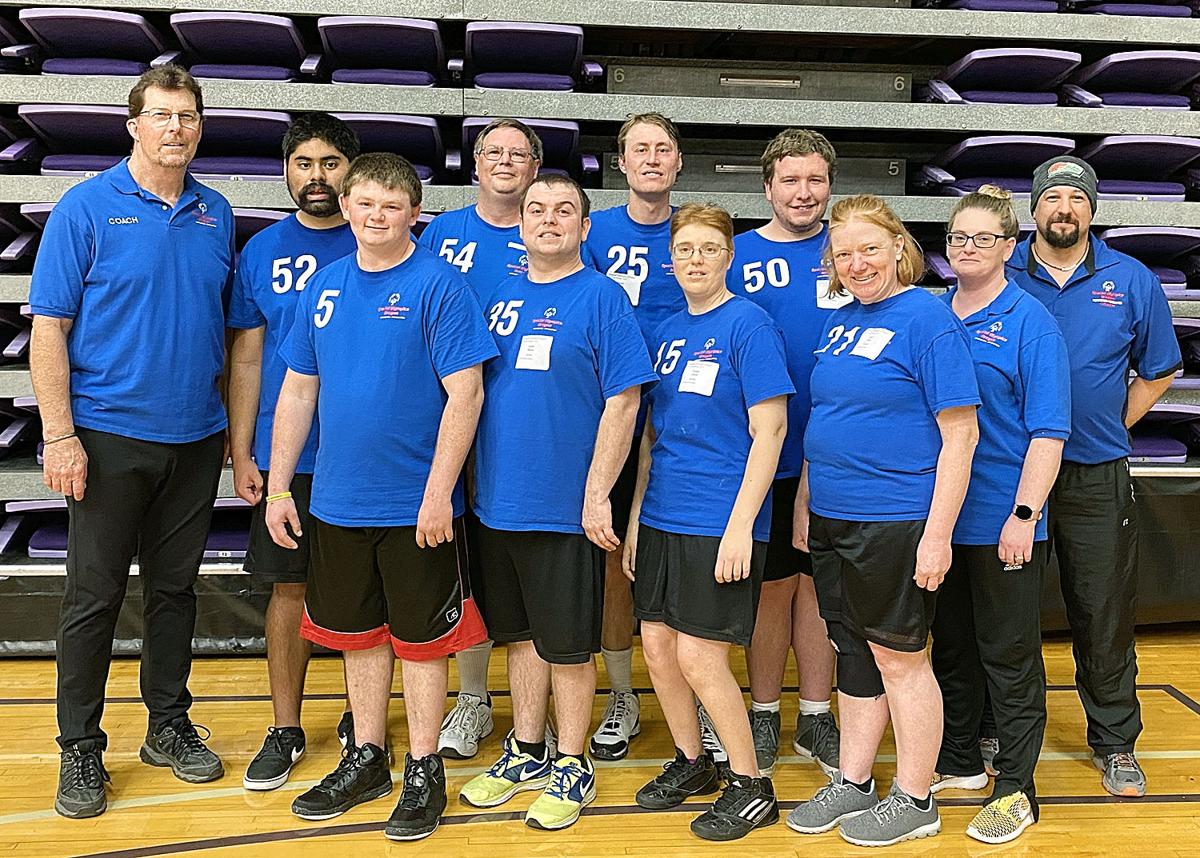 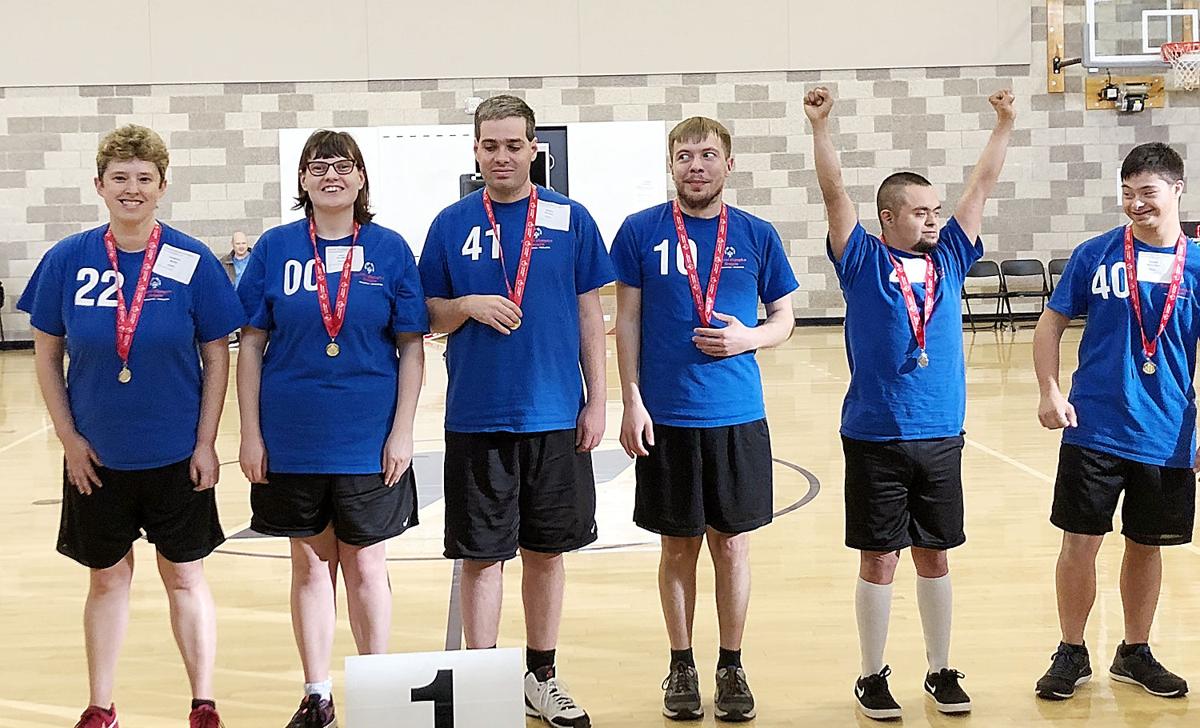 PORTLAND — Numerous coaches and 32 athletes representing Hermiston/Pendleton Special Olympics Local Program #510 competed in the first Special Olympics Regional Basketball Event to take place this year. The March 1 event was held at the University of Portland campus and featured competition with teams from the Portland-metro area.

In the 3 v. 3 division, the Lightning team came away with silver medals and the Thunder team earned gold with a 3 and 0 sweep of their division. At the 5 v. 5 level, the Shockers battled it out to earn bronze medals.

Keeping the team fed was a tremendous task for Local Program Coordinator Angela Schneider and her volunteers. Thanks to generous donations from Pat and Tams Beef of Stanfield, United Grocers of Pendleton, Hermiston Safeway and many individual donations, the athletes and coaches enjoyed delicious meals at no cost to the local program, Smalley said.

The regional event wraps up the basketball season. The powerlifting program had planned to head to the University of Oregon this weekend in Eugene, however, that competition is now on hold due to health concerns across the state.

Special Olympics provides year-round training and athletic competitions for people of all ages with intellectual disabilities. There is no charge for athletes to participate.

Next on the docket for the local program is the spring sports, beginning in April with bocce, athletics (track and field) and golf. Registration is Monday, March 16 from 4:15-5:15 p.m. at The Arc Building, 215 W. Orchard Ave., Hermiston; and Wednesday, March 18 from 5-6 p.m. at the Pendleton Community Room, 500 S.W. Dorion Ave. For more information or if you can’t register at one of the sessions, call Schneider at 541-314-0166.