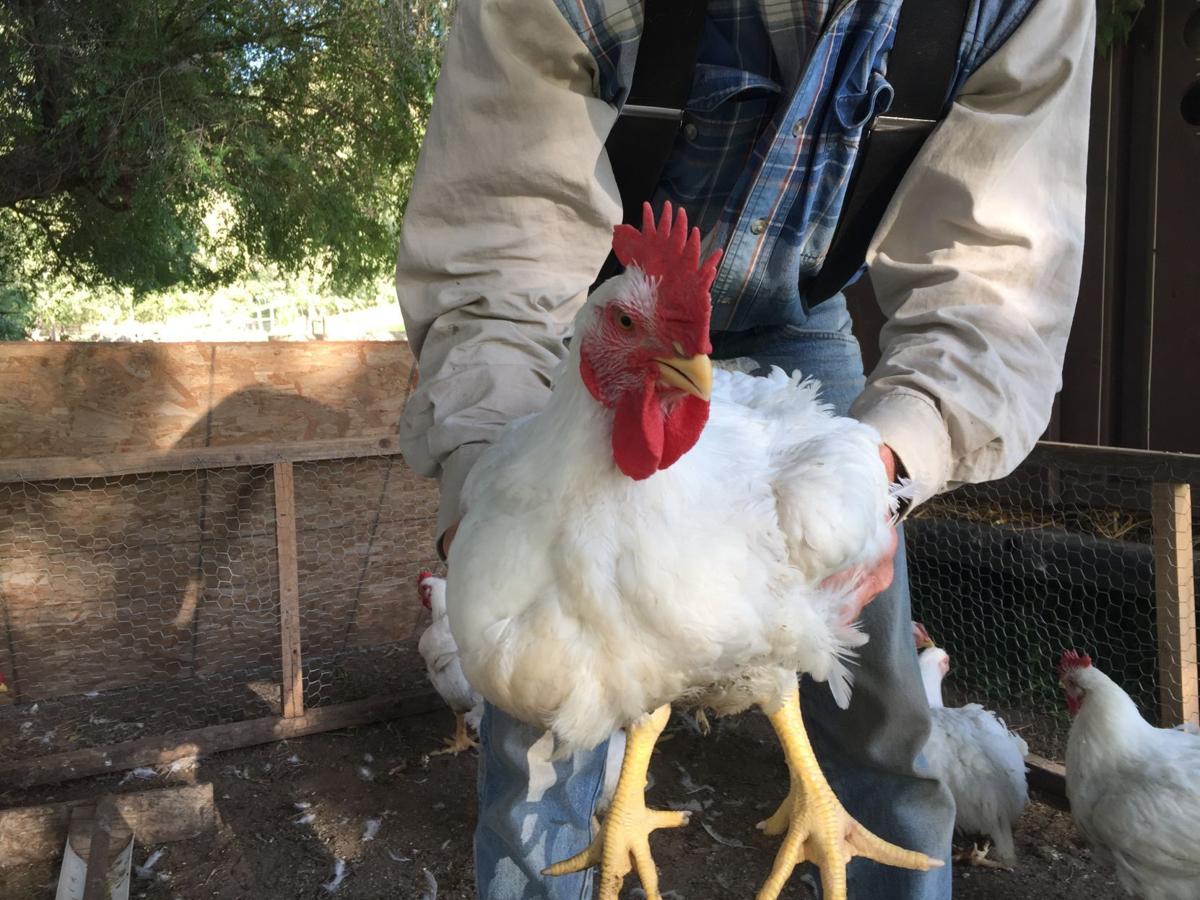 Upper Dry Creek Ranch chickens had more time to grow big this summer with processing delays. Now some of them are as big as a small Thanksgiving turkey. 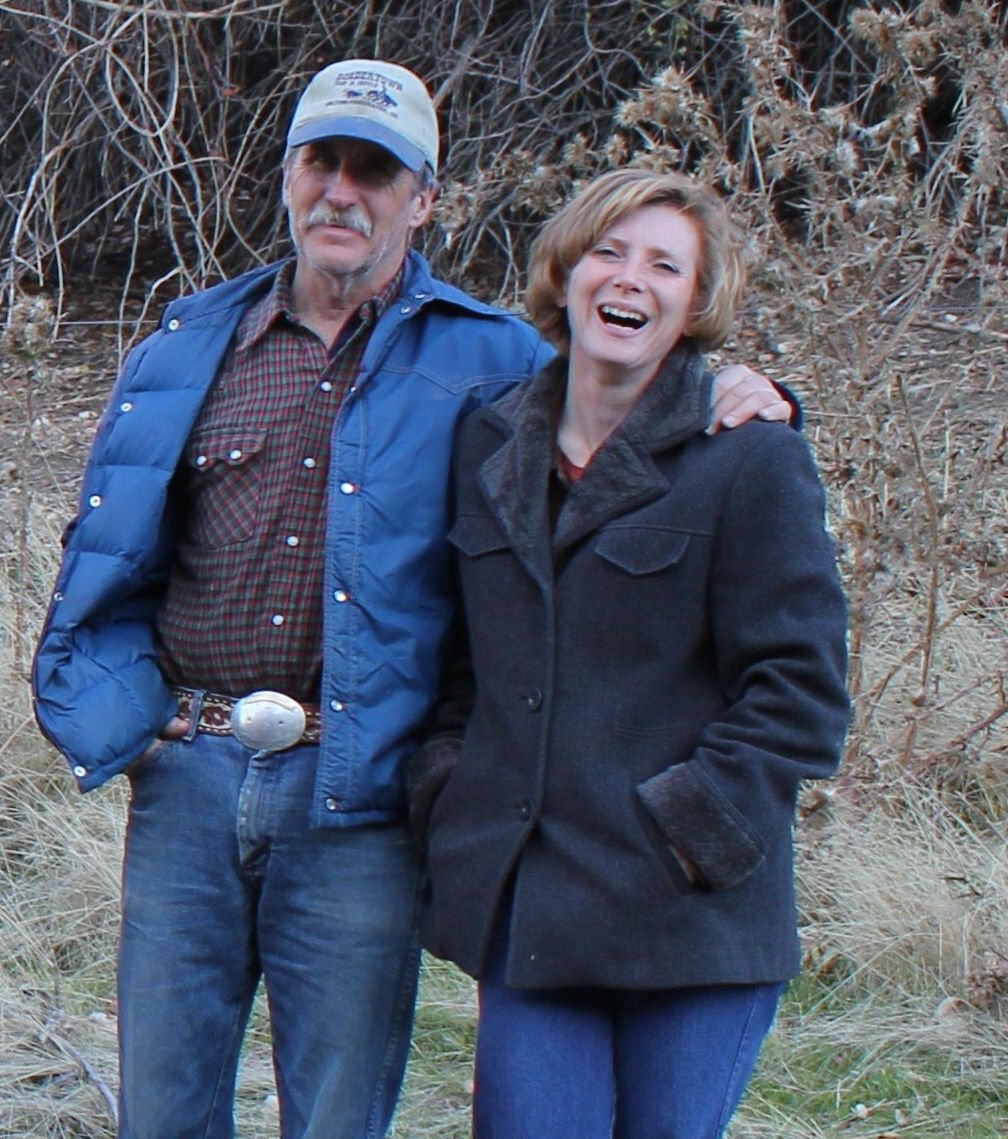 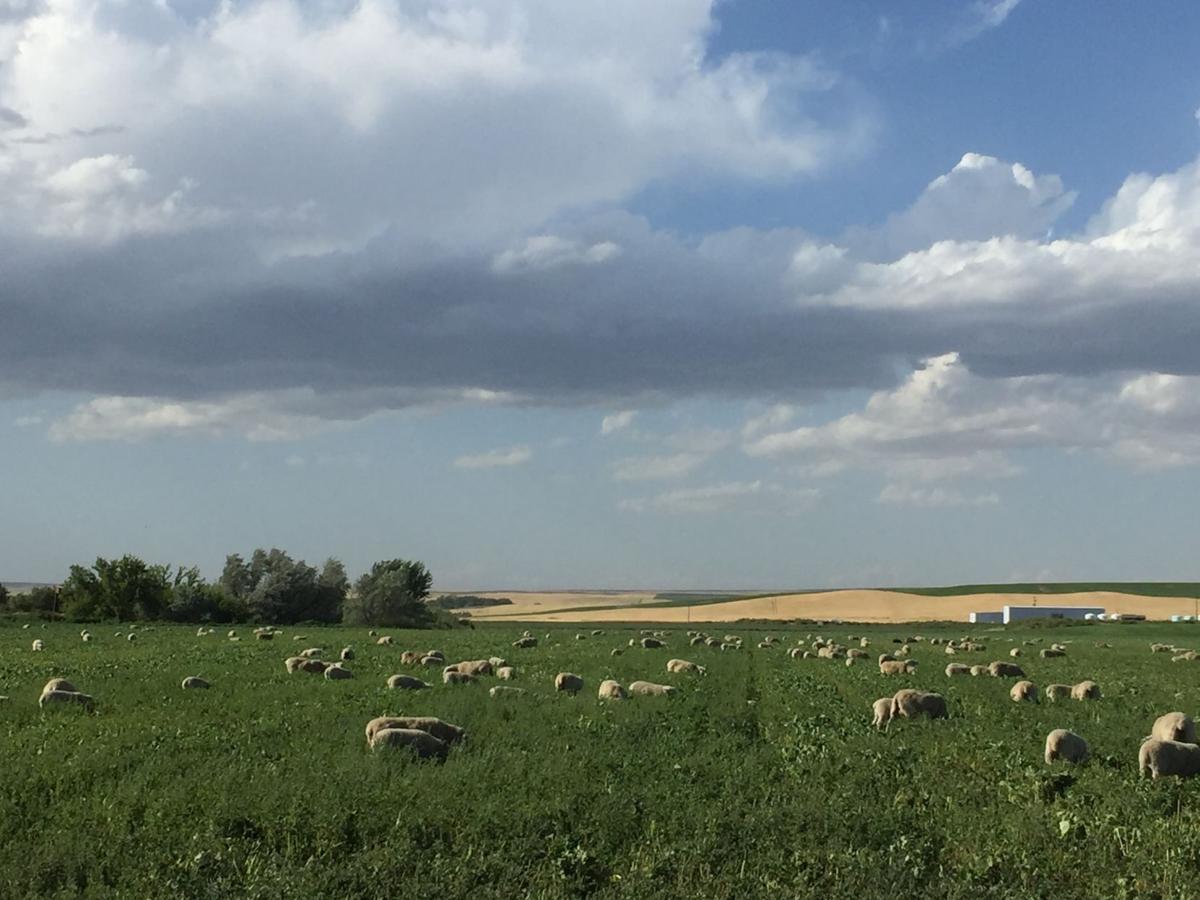 The ranch south of Milton-Freewater has built a reputation and market around its sustainability practices and high-quality meat. This year's crop of chickens might grace a number of Thanksgiving tables, as "churkeys."

Upper Dry Creek Ranch chickens had more time to grow big this summer with processing delays. Now some of them are as big as a small Thanksgiving turkey.

The ranch south of Milton-Freewater has built a reputation and market around its sustainability practices and high-quality meat. This year's crop of chickens might grace a number of Thanksgiving tables, as "churkeys."

WESTON — If you want to cook a churkey for your Thanksgiving meal, you have to act fast.

Exactly, Cheryl Cosner said with a laugh on Thursday, Nov. 19.

She and her husband Robert Cosner are the founders and owners of Upper Dry Creek Ranch, about 5 miles south of Milton-Freewater, and 3 miles uphill from State Route 11.

The ranch is in the business of selling animals, on the hoof or frozen in packages. The Cosners have built a robust clientele that appreciates their sustainability practices and certified standards, Cheryl Cosner said.

About 90% of their meat sales have traditionally been to institutional cafeterias, such as those at Whitman College and Hewlett Packard, along with grocers and restaurants around the Pacific Northwest.

The pandemic changed that this year. With college campuses closed and companies sending employees home to work, a hard pivot was made to sell directly to people doing their own cooking.

By beefing up Upper Dry Creek’s online store and marketing to the home consumers, plus continuing some livestock sales, the Cosners’ business is still upright, she said.

A delivery routine brought the processed product right to customers in Walla Walla and Tri-Cities, Washington, and Pendleton.

Now, then, the chickens — or churkeys, if you will.

Along with their trademark lamb and beef, the Cosners have long sold roasting chickens they raise, in frozen form for meals.

The taste is “amazing,” and there’s a fan following among chefs for the poultry, which have typically weighed just over 4 pounds apiece in their packages, Cosner said.

This year, the plan was to order chicks as usual. Little did she know demand for them would intensify, particularly with a new market of housebound folks intent on raising their own food.

Chick orders were backlogged six to eight weeks, Cosner recalled. When they finally got some — later and fewer than expected — the arrival was followed by a chicken food shortage in July when feed manufacturers were caught short by the demand.

A bag of chicken food was as scarce as hen’s teeth, Cosner wrote in her newsletter to customers, conceding the pun.

Then the next egg got laid. In August, when Upper Dry Creek’s chickens were ready to be made into entrees, the chicken processing business was full up with other orders.

So the chickens stayed around, eating and growing.

And more eating and more growing.

“By mid-August, we were finally able to get our birds processed but not before they were big,” she wrote. “I mean, really big.”

Now? Those are the churkeys, weighing in at about 7 pounds per package — a size many cooks seek out in a Thanksgiving turkey, Cosner said.

Upper Dry Creek Ranch is taking online orders for the birds until 7 p.m. Sunday, Nov. 22, but there’s only about 30 to be had. Drop-off day will be Tuesday, Nov. 24, and if a customer asks, the Cosners will jump-start the thawing process.

Cheryl Cosner is thankful her business could flex around the challenges presented by COVID-19, she said.