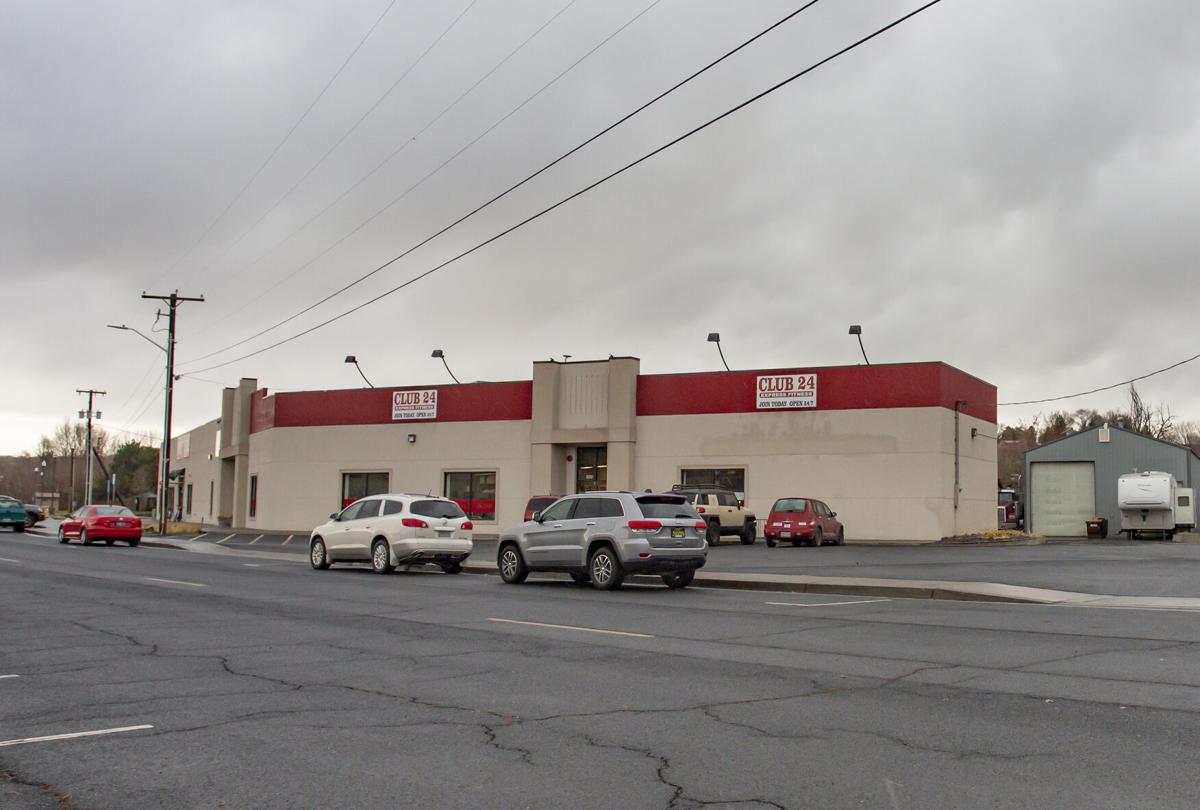 The Club 24 location in Pendleton, as well as those in other parts of Oregon and Washington, is turning over control of their facility to Tawtnuk Wellness Institute, which will operate the gyms as “wellness clinics.” 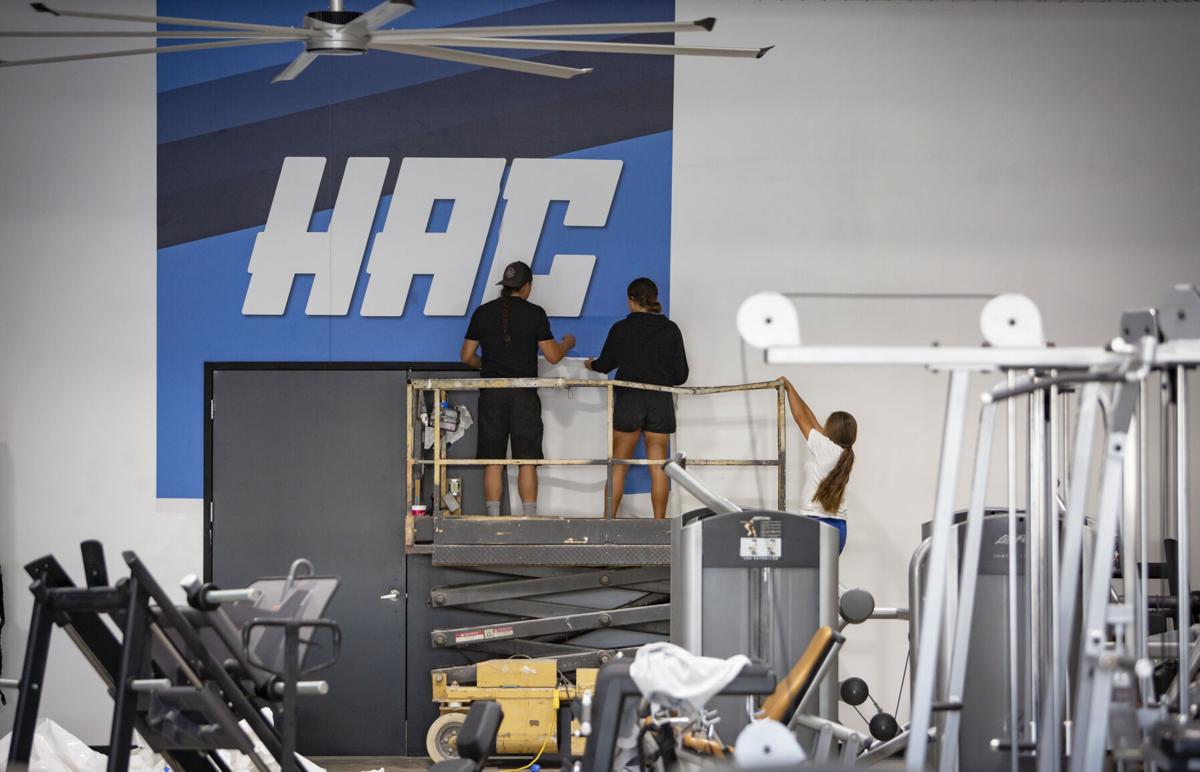 Staff hang a large graphic on the wall of the main workout space at the new Hermiston Athletic Club on Highway 395 in Hermiston ahead of its grand opening in summer 2020. The club, is among a list of gyms handing over control of their facilities to Tawtnuk Wellness Institute, which will operate them as “wellness clinics.”

The Club 24 location in Pendleton, as well as those in other parts of Oregon and Washington, is turning over control of their facility to Tawtnuk Wellness Institute, which will operate the gyms as “wellness clinics.”

Staff hang a large graphic on the wall of the main workout space at the new Hermiston Athletic Club on Highway 395 in Hermiston ahead of its grand opening in summer 2020. The club, is among a list of gyms handing over control of their facilities to Tawtnuk Wellness Institute, which will operate them as “wellness clinics.”

HERMISTON — As gyms and most other recreational facilities shut down under Gov. Kate Brown’s executive order for a two-week “freeze,” some Umatilla County gyms are taking unique steps to stay open.

Club 24, which owns locations in Hermiston and Pendleton, has notified members that during the shutdown it will be turning over control of its facilities to Tawtnuk Wellness Institute, which will operate the gyms as “wellness clinics.” Hermiston Athletic Club in Hermiston posted a similar message on its Facebook page.

The website for Tawtnuk Wellness Institute describes the institute as fulfilling “the holistic wellness of all communities by converting health clubs, gyms, and fitness centers to wellness facilities” and offers two links, one to an intake form for Club 24 and one for Hermiston Athletic Club. It lists Orien Fiander, who has in the past described himself to the East Oregonian as the CEO of Club 24 and owner of Hermiston Athletic Club, as its owner and CEO.

According to information provided on the Club 24 website, members of its gyms in Oregon and Washington will be able to work out on-site during the shutdown if they bring a doctor’s note prescribing exercise or if they fill out an intake form for Tawtnuk Wellness Institute. Tawtnuk will conduct a temperature screening at the door, require sign-ins for contact tracing purposes, conduct “enhanced cleaning protocols” and require masks at all times. Some amenities, such as showers and saunas, will be closed.

“Overall, the look and feel should be close to what you are used to when it comes to Club 24 facilities with direct changes that will only make our facilities cleaner in order to allow you to keep improving your health,” an email to members stated.

The email also outlined the financial difficulties that Club 24 has faced this year, through shutdowns when Umatilla County was in baseline or Phase 1, and through people canceling their memberships.

“Cherished colleagues had to find new jobs because other businesses were able to be open when we were not,” the email stated.

Those concerns echoed other complaints that gyms in Oregon have made during the latest shutdown. The Statesman Journal reported that Courthouse Club Fitness in Salem was staying open in defiance of the governor’s executive order, quoting a statement from owner John Miller that, “As a result of the harm done to our business from the first shutdown, we will not survive another closure.” The article stated other gyms in Salem had indicated they were also considering staying open.

Executive Order 20-65 by Gov. Kate Brown states that from Nov. 18 to Dec. 2 the state is implementing closures and restrictions on gatherings to slow the spread of COVID-19 in light of hospitals “sounding the alarm” that they could be overwhelmed if cases continue on their current trend.

“The cycle of this virus is such that if we are seeing case rates topping 800-1,000 per day now, that means our hospitals are headed for very dark days ahead,” the executive order states. “Actions taken now will help prevent lives from being lost — not just from COVID-19, but also from other diseases or accidents that lead people to need hospital-level care, which they would not be able to get if hospital beds and hospital staff are fully occupied with COVID-19 patients.”

The order lists facilities that must close during the two-week freeze, including “gyms and fitness organizations,” but does not go into detail about the definition of a gym.

As of the East Oregonian’s print deadline Club 24 did not answer an email and phone message asking for further clarification about how its facilities would qualify as something other than a gym under the governor’s orders.

Oregon Occupational Safety and Health Administration has conducted much of the enforcement on orders issued by Brown in regards to business operations during the pandemic. Spokesperson Aaron Corvin said in the case of Club 24, it would be hard to know exactly whether its current operations are an OSHA violation without knowing more details about exactly how things are operating.

He said if someone makes a complaint about a business not following COVID-19 mandates, OSHA looks into the complaint. Sometimes they can work with the business owner to “satisfactorily” resolve the complaint without opening a formal enforcement process, he said, while other times the agency might end up issuing fines and other penalties.

PENDLETON — Christmas lights adorn the walls of the Prodigal Son Brewery and Pub in downtown Pendleton, where more than a dozen customers chat…

I’d be curious to know how many people die from complications due to obesity each year in US.

Staying open will only spread the disease and make things worse than they already are.

These troubled businesses should be contacting their congressional representatives to demand financial relief and support for themselves and their employees, not twisting the spirit of the law to stay open during the uncontrolled spread of a disease that has already killed over 250,000 Americans.

Soon, there won't be any hospital beds. Nobody, whether they succumb to Covid-19 or fall off a horse or have a heart attack, will be able to receive the medical attention they need if we don't all diligently do our part to #FlattenTheCurve.