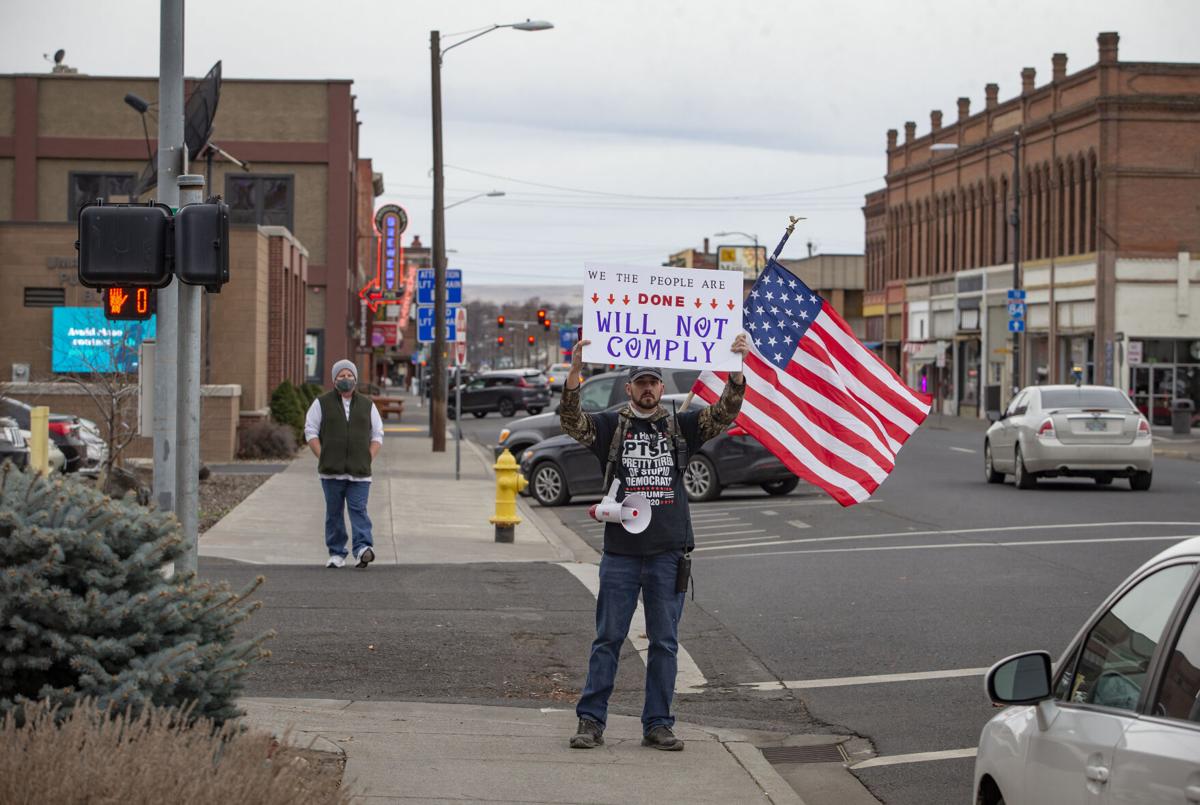 A man, who identified himself as “Patriot Erickson,” holds a sign while protesting COVID-19 restrictions on restaurants and other small businesses outside of the Umatilla County Board of Commissioners meeting in Pendleton on Wednesday, Jan, 6, 2021. 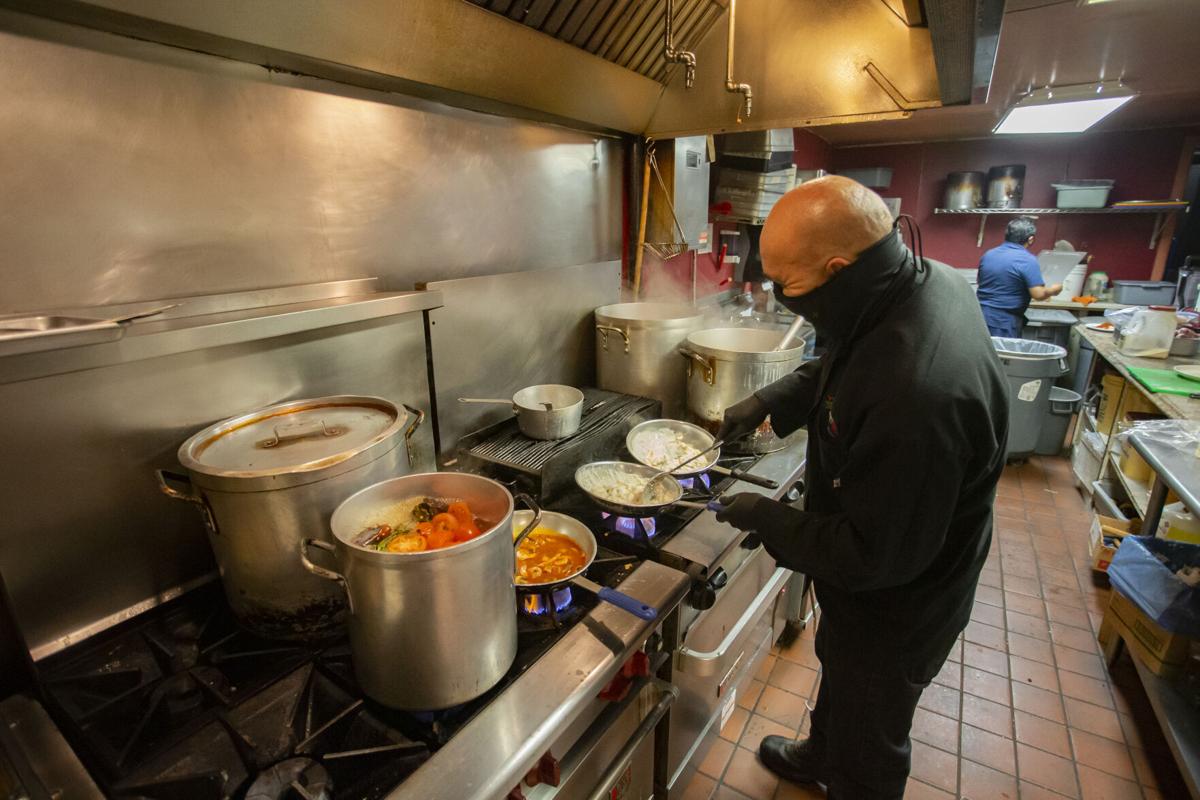 Joe Meda, owner of Joe’s Fiesta Mexican Restaurant, prepares food for dine-in customers at his Pendleton restaurant on Nov. 17, 2020, before the most recent round of COVID-19 dining restrictions.

A man, who identified himself as “Patriot Erickson,” holds a sign while protesting COVID-19 restrictions on restaurants and other small businesses outside of the Umatilla County Board of Commissioners meeting in Pendleton on Wednesday, Jan, 6, 2021.

Joe Meda, owner of Joe’s Fiesta Mexican Restaurant, prepares food for dine-in customers at his Pendleton restaurant on Nov. 17, 2020, before the most recent round of COVID-19 dining restrictions.

Dorran said throughout his campaign, he heard from restaurant owners who were struggling with the state’s COVID-19 shutdowns. After he was elected, Dorran started meeting with leaders from chambers of commerce from across the county to come up with a proposal that would help reopen restaurants.

The group eventually narrowed down their requests and submitted it in a letter signed by Dorran, calling their initiative the “Umatilla County Economic Rescue Target.”

Dorran began the letter by comparing the potential fallout of COVID-19 and its accompanying shutdowns to the human toll of a catastrophe.

“In both man-made and natural disasters, the rescue period is a time when we use every tool at our disposal to identify, locate, and rescue survivors,” he wrote. “The sad truth is that once this short but crucial period ends, we are left to recover the dead and destroyed. There is still time to rescue Umatilla County restaurants and entertainment businesses before they become permanent victims of COVID-19.”

Dorran said the economic assistance provided by the state was appreciated, but it wasn’t enough. He wrote that closing restaurants had wider repercussions, as it also affected organizations and events like Little League, the livestock auctions at the Umatilla County Fair and various charity drives.

“Umatilla County is made up of generational generosity and we are straddling a fine line of denying at least one generation of the opportunity and expectation to give back,” he wrote. “Our goal: Get back to work serving a community that depends on the restaurant industry that is more than a meal — it is Umatilla County’s social lifeline.”

Dorran and the group concluded with two points.

They requested the state fund a temporary position called an “open/stay open liaison agent.” In an interview, Dorran said the group envisioned this position as educating various restaurant owners on how to comply with state rules so that they can operate within them, although it wouldn’t have enforcement capabilities.

The other point the group wanted to make was about ventilation. While the state has closed indoor dining out of a concern that the virus could spread in an insufficiently ventilated room, Dorran said air is circulated more frequently in Eastern Oregon because of the region’s variable temperatures.

In the interview, Dorran said the request would cost the state $30,000, money that would include the cost of a temporary employee and material costs like pamphlet printing. While a cost breakdown wasn’t included in the letter, Dorran said the group would be pleased if the governor’s office asked them for more details because it would mean the governor took their letter seriously.

Gov. Kate Brown closed dine-in restaurants across the state as COVID-19 saw a surge in new cases. Umatilla County is no exception, as a recent spike boosts the county toward the precipice of 6,000 total cases.

But Dorran said the stakes aren’t just about restaurants, but about keeping their communities from turning toward bitterness.

“If all everyone turns to is defeatism, where do we go?” he said.

Umatilla County battles logistics to get COVID-19 vaccine into arms

Like elsewhere in Oregon, Umatilla County officials wait and watch to see how much vaccine lands each week to immunize people against the disease.