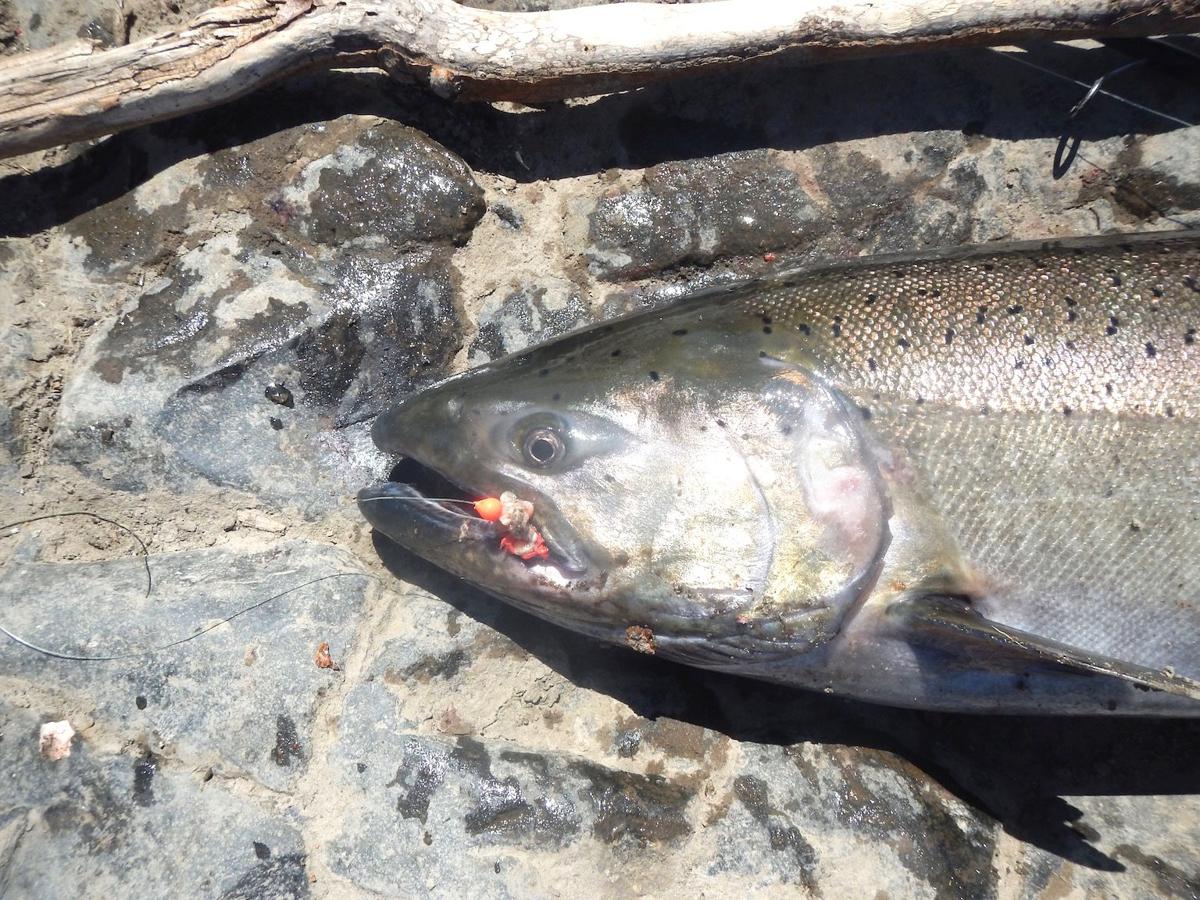 This big-shouldered springer was harvested from the Umatilla River in a year when waking at first light led to reward. 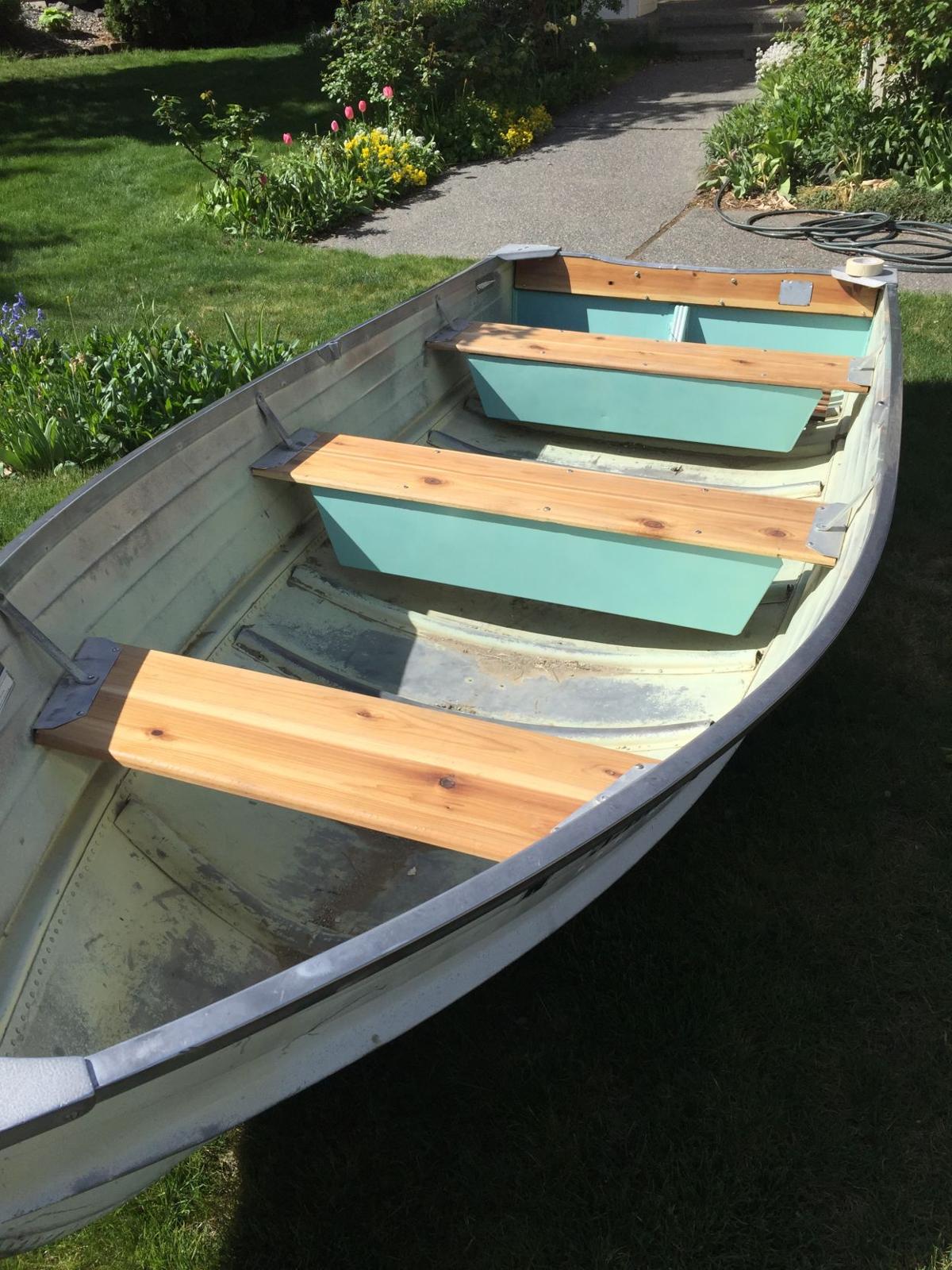 This big-shouldered springer was harvested from the Umatilla River in a year when waking at first light led to reward.

UMATILLA — Two events in my treasure chest of childhood memories include the first trout brought flopping to my canvas creel and the summer afternoon a lop-ear Border collie mutt named Dagwood followed me home. As an adult, Cupid shot an arrow through my heart the day I took ownership of a 12-foot aluminum Starcraft.

I had acquired two practice boats along the way. One was a wood-hull rowboat layered with fiberglass that featured a “see through” window in the bottom. I sold it to a man who envisioned a garden planter box.

A small aluminum boat with a badly damaged hull followed. That one was found stranded above the high-water mark on the Hanford Reach. A few hundred hammer blows, three tubes of metal patch, and a $3.95 paint job later, my wife, Nancy, sold it to an optimistic angler, who imagined catching more fish if he only had a crooked boat.

I had no need for a vessel of my own at the time. A 21-foot Boston Whaler was at my service for year-round fisheries work on the Columbia River. A spinning rod and box of lures kept under the bow provided ready opportunity to fish during my “lunch half hour.”

When fieldwork waned, I purchased the 1970 Starcraft for personal use. Early on, it was hauled to local waterways in the bed of my 1965 Falcon Ranchero. Then one warm afternoon a search of The Nickel ads led me to a duplex with missing steps, derelict vehicles on the front lawn and a barking dog chained to a metal post. With some trepidation I knocked on the torn screen door.

I entered to find a living area littered with plastic toys and loose stacks of clothing. The odor of burnt toast hung in the air. A small child, naked except for a dirty T-shirt, stared at me. A bearded man — in a purple velour bathrobe — sat on a sagging couch, chewing on a slice of cold pizza out of the box.

After a brief conversation, the man shared he had a boat trailer whose frame had been salvaged from the dump and married with car wheels to make it functional. For $75 I couldn’t pass it up. Cash was exchanged and the Starcraft was poised for far-flung adventures.

Unfortunately, my love for the Starcraft faded after a 20-foot Hewescraft and a 9-foot pontoon boat were added to the home fleet. For over a decade, the Starcraft has sat unused in an RV storage yard. Come springtime, I think of restoring its former glory, but the idea is shoved out of my head when I wake up at first light and imagine hooking a 15-pound spring Chinook salmon in the lower Umatilla River.

Fast-forward to this April, a fishing ban in Washington waters in response to the COVID-19 pandemic, and a closed season for springers on the Umatilla River because of low run size. I could moan about lost angling opportunity or I could take up the long-ignored boat project.

I peel off a shredded blue tarp that provides the Starcraft marginal protection and chase off an angry swarm of paper wasps that made a home under the rear seat. Rivets are tight to the hull and no leaks are evident. Paint is scratched where the hull scraped river rock, but that’s beautiful patina in my book. The downside is the once handsome teak seats and transom wood are badly weathered by decades of exposure to sun and rain.

After pricing out the exorbitant cost of teak, I order cedar boards for curbside pickup at the local lumber store. Lesson learned. Never let someone else pick out your boards. I had to return two of the six.

I clear a path in the garage through displaced fishing rods and tackle bags, and drag out a little-used planer and router. In less than an hour, I put a pretty face on the overpriced rough-cut cedar. Redwood timber salvaged from a chicken coop is planed and sanded baby butt smooth to replace the aged transom boards. Four coats of marine-grade varnish later and the woodwork looks like a museum piece.

Next came the hard part — finding the correct size and thread pattern of stainless steel bolts to attach the restored woodwork. Back to the hardware store where patrons sans personal protective equipment violate my social distance. However, never let someone else pick out your bolts. Correct fasteners located and installed, I focus on the homemade boat trailer. Two flat tires, rusty rims and a busted out taillight do not deter me. After a short tutorial on how to measure the proper distance between lug nuts, I fit new wheels and tires that were shipped direct from the factory, grease axle hubs and the boat trailer is roadworthy.

Fixing up the boat and trailer did more than fill slack time during the stay-at-home order. The restoration project stirred up reminders of voyages into the heart of the Hanford Reach to “surf” Coyote Rapids, troll for steelhead along shorelines shaded by tall sand dunes and cast for bass in hidden sloughs.

This time around, the boat is slated for a new generation of adventures with my grandchildren on Hood Canal — pulling up crab pots filled with clacking claws, netting toothy dogfish and easing up to beaches lined with oyster shells and pickle weed. After all, what good is a boat that sits on dry land? The ancient Starcraft floats again.

Dennis Dauble is a retired fishery scientist, outdoor writer, presenter and educator who lives in Richland, Washington. For more stories about fish and fishing in area waters, see DennisDaubleBooks.com.