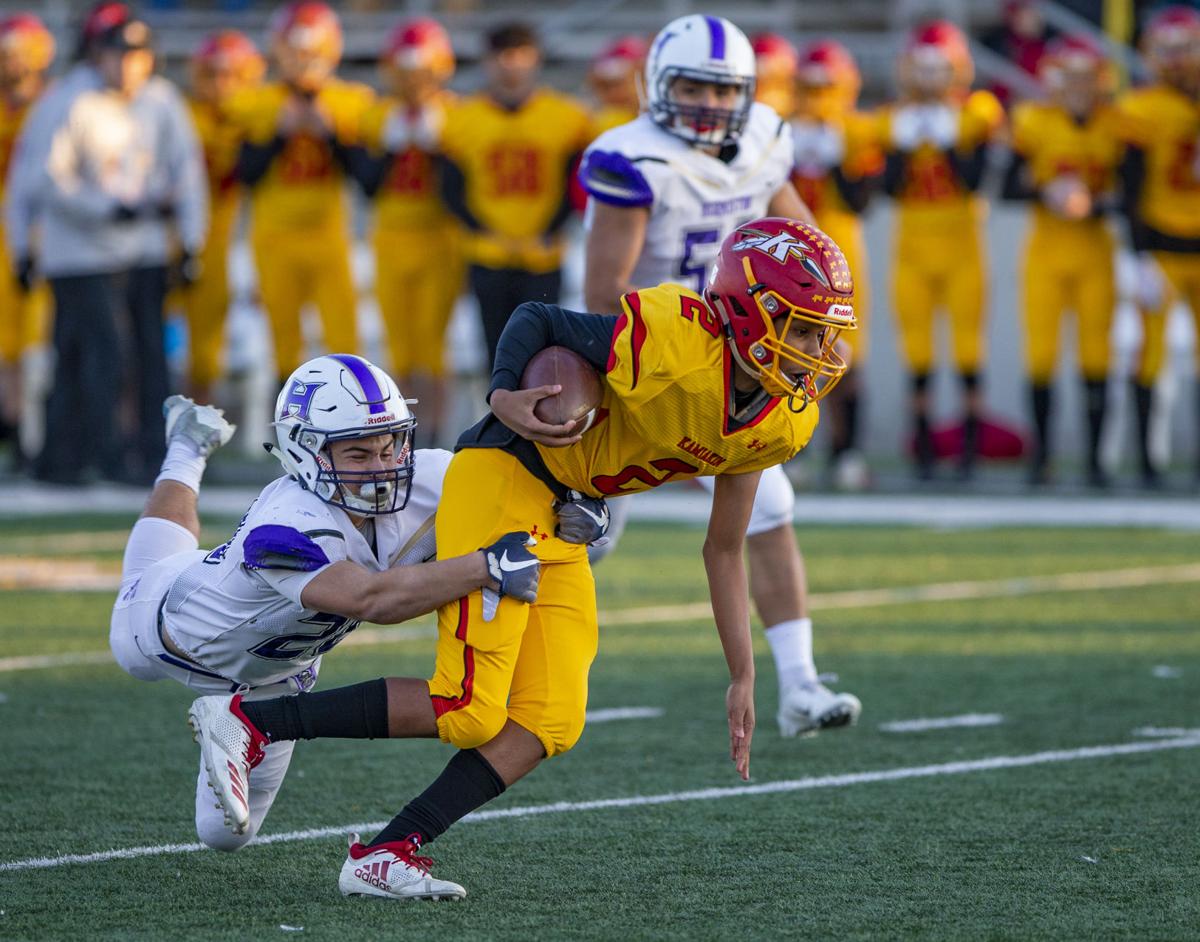 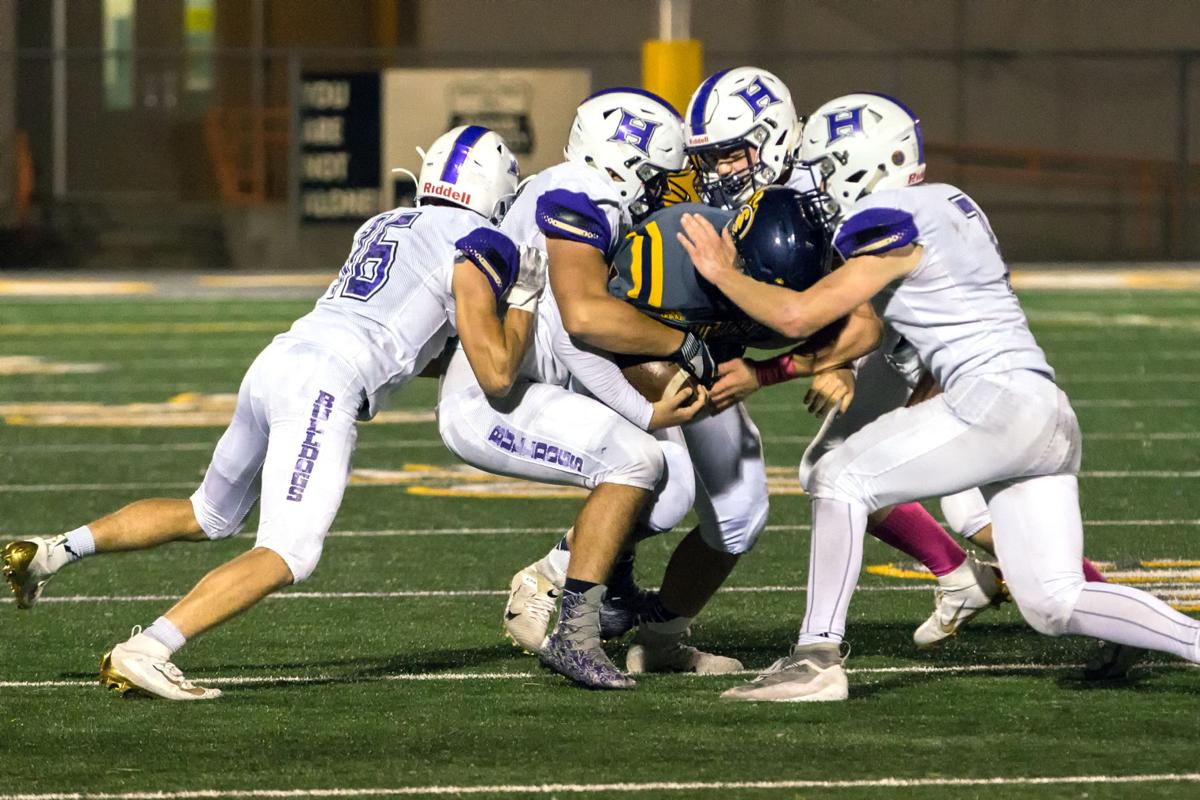 Hermiston Bulldogs swarm Southridge quarterback Trenton Slatter during their Oct. 3, 2019, game at Lampson Stadium. Hermiston, Southridge and Kennewick will remain at the 3A level, and will be joined by Walla Walla come fall.

Hermiston Bulldogs swarm Southridge quarterback Trenton Slatter during their Oct. 3, 2019, game at Lampson Stadium. Hermiston, Southridge and Kennewick will remain at the 3A level, and will be joined by Walla Walla come fall.

HERMISTON — There will be “Friday Night Lights” for the Hermiston Bulldogs this coming school year, but instead of playing in the fall, football will begin in March.

The Washington Interscholastic Activities Association on July 21 revealed a modified 2020-21 sports calendar in light of the COVID-19 pandemic that already wiped out the spring sports season across the state.

While it’s nice to have a tentative plan in place, Hermiston Athletic Director Larry Usher said it’s too soon to get excited.

But for now, the plan offers hope.

“Since March, the philosophy of our association has been to allow students every chance to participate,” WIAA Executive Director Mick Hoffman said in a news release.

“We’ve asked our executive board and planning committees to be as creative as possible in allowing for those opportunities. These are tough and unprecedented decisions to make, but it has been inspiring to see so many people around the state come together to work on behalf of students.”

The WIAA board said participation in any fall sport will depend on county progression through the phases laid out in Gov. Jay Inslee’s Safe Start Plan over the next few weeks.

Being an Oregon school in the WIAA, Usher said he will have to have additional talks with the WIAA since the phases in each state are different. Hermiston plays in the Mid-Columbia Conference with seven Tri-City schools and Walla Walla.

“I haven’t even begun the phase talks with the WIAA,” he said. “You have to be in Phase 3 to play. Phase 3 in Oregon is different than Washington. We’ll have that conversation in the next few weeks.”

In the WIAA’s proposed plan, there will be four sports seasons, working with the state’s social distancing guidelines.

The four seasons, with tentative dates, are:

Districts can opt to play golf and tennis in the fall, which is the norm in the Seattle area, but the postseason would still be held in Season 4.

“Going to four seasons, you can have some four-sport athletes, which you don’t get in the WIAA,” Usher said. “We have not had the opportunity to do that before. We had a league meeting (July 22) and we looked at some possible schedules, but we aren’t going to put pen to paper just yet.”

The months of waiting for a workable plan has been hard for athletes and coaches alike, but Usher appreciates that the WIAA has not announced and changed plans numerous times.

“In hindsight, I think they were right to wait,” he said. “Now that we have a plan, we have to see how it works and how it changes.”