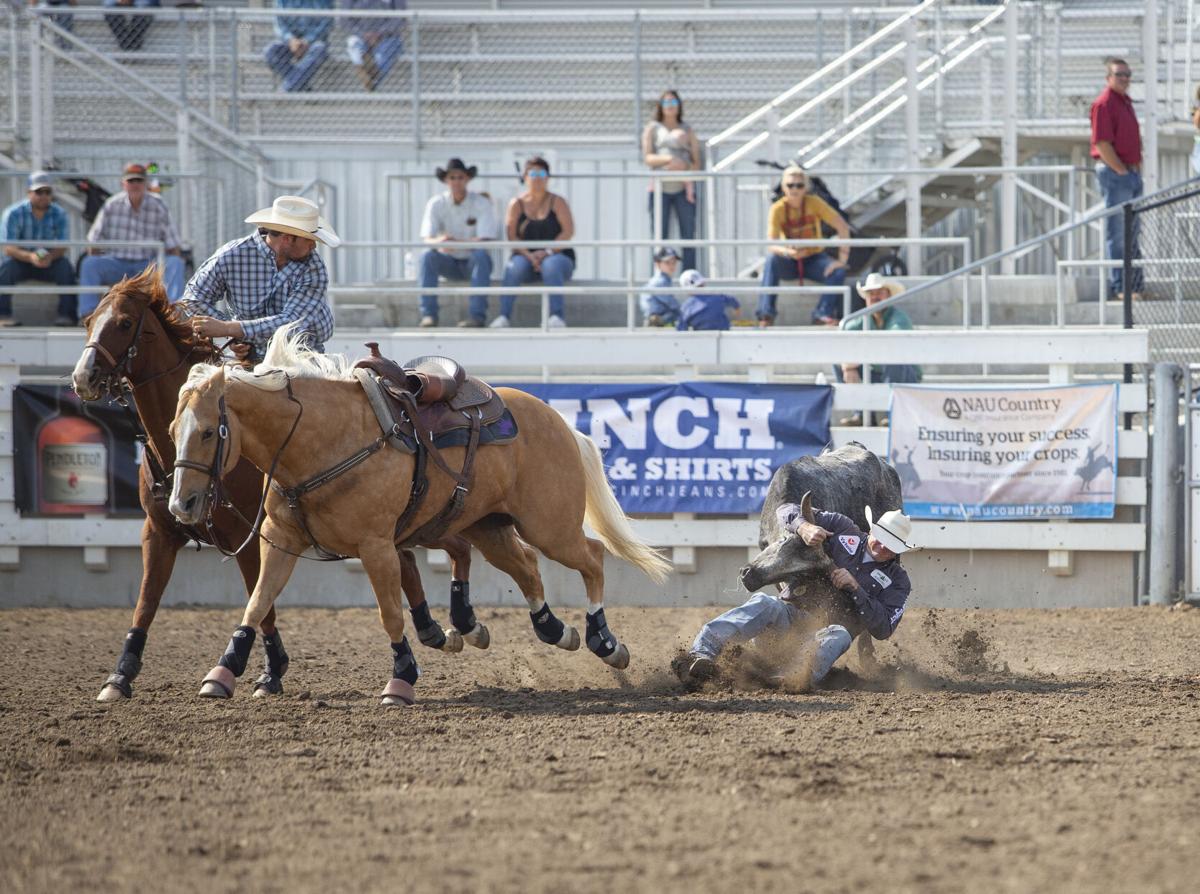 Heppner cowboy Blake Knowles, right, wrestles down a steer during the steer wresting competition at the Columbia River Circuit Finals at the Farm City Pro Rodeo Arena in Hermiston on Friday, Oct. 2, 2020. 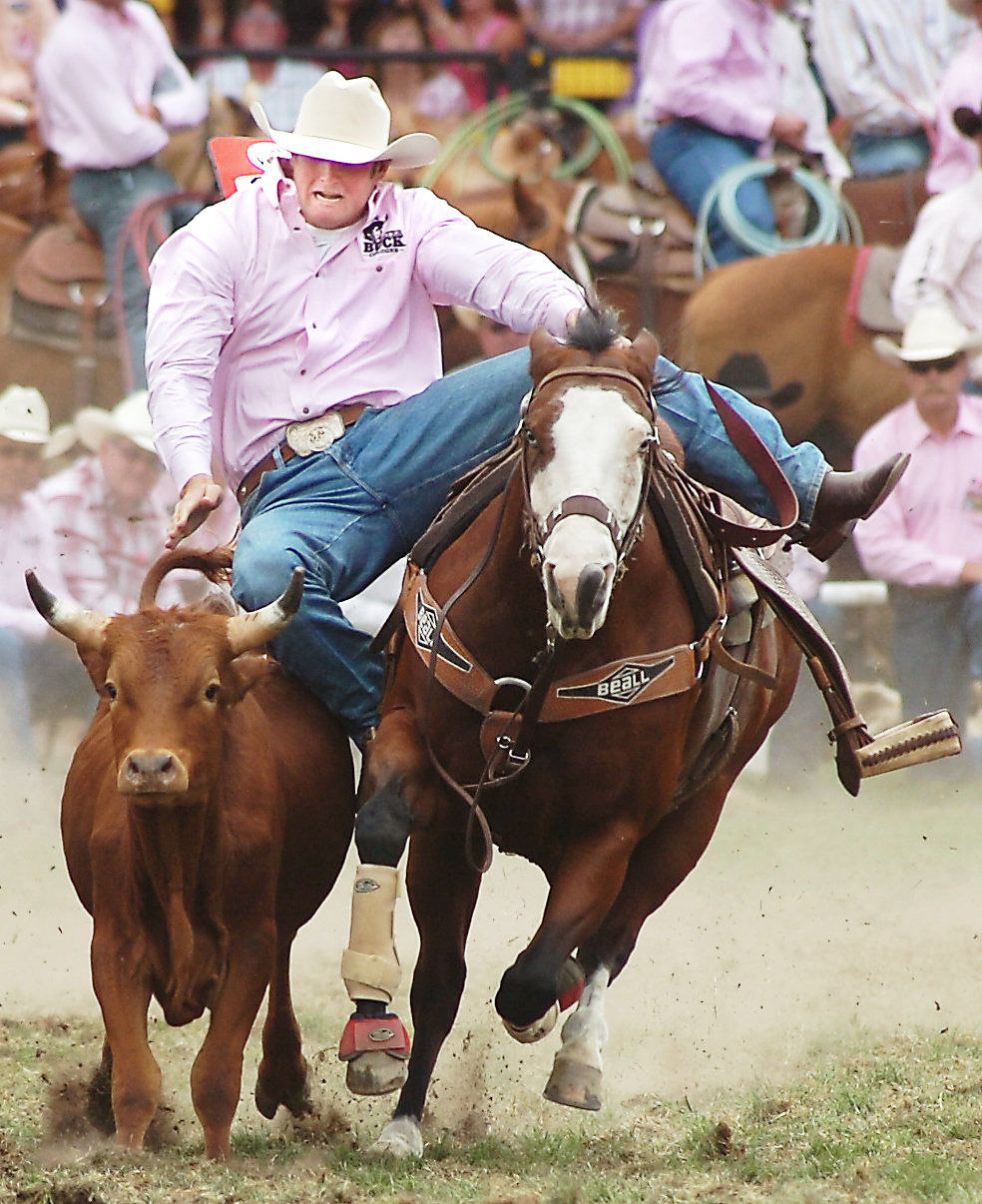 Heppner’s Blake Knowles qualified for the 2020 Wrangler National Finals Rodeo in Arlington, Texas. The finals are set for Dec. 3-12. 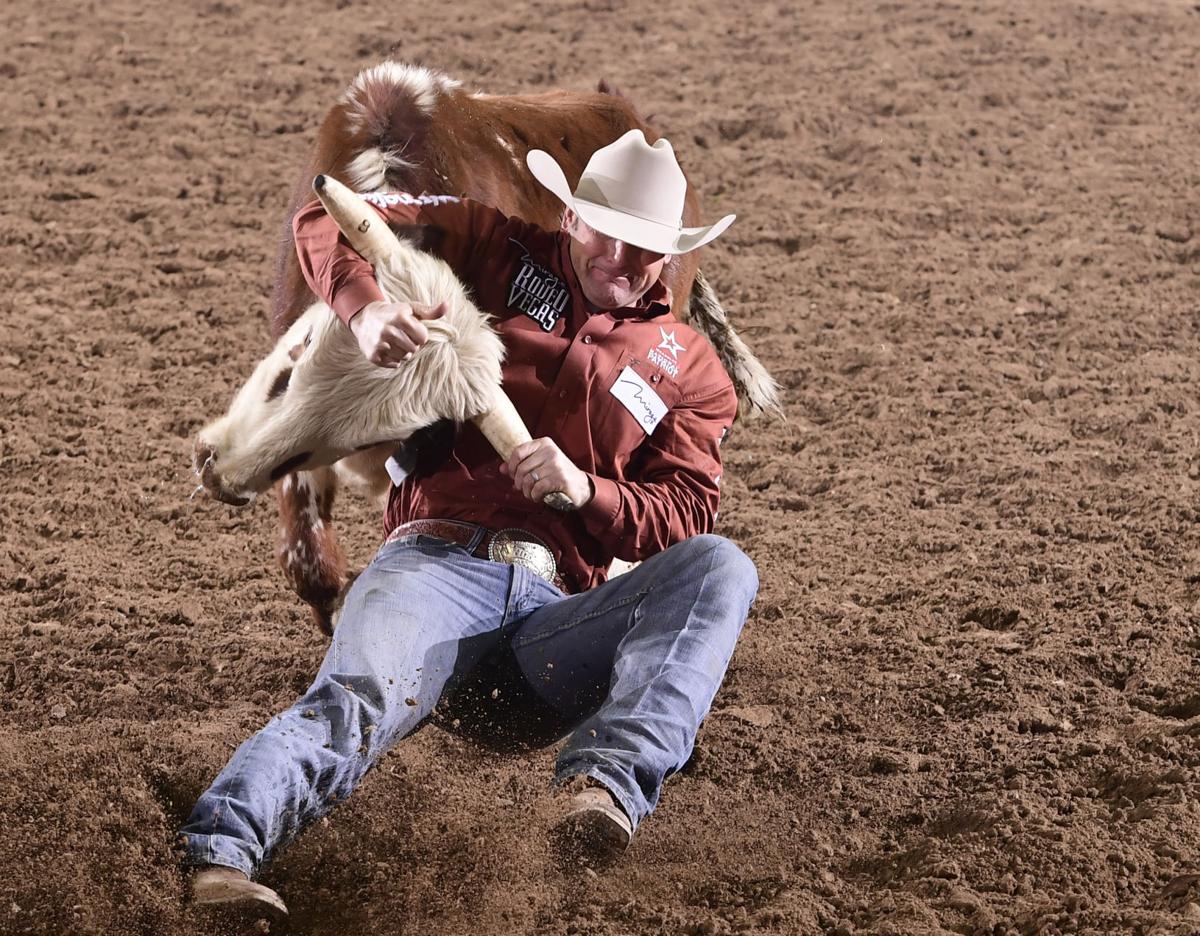 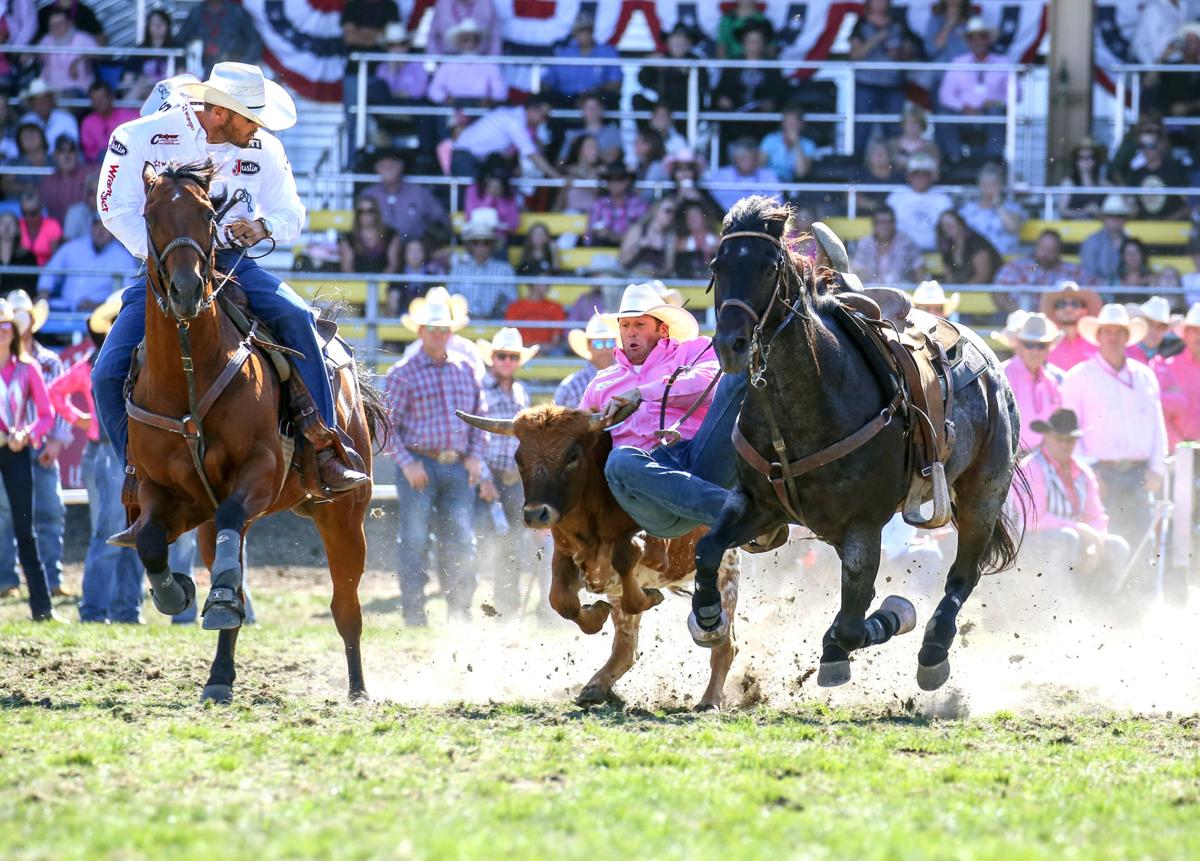 Bulldogger Blake Knowles takes down his steer during the 2019 Pendleton Round-Up.

Heppner cowboy Blake Knowles, right, wrestles down a steer during the steer wresting competition at the Columbia River Circuit Finals at the Farm City Pro Rodeo Arena in Hermiston on Friday, Oct. 2, 2020.

Heppner’s Blake Knowles qualified for the 2020 Wrangler National Finals Rodeo in Arlington, Texas. The finals are set for Dec. 3-12.

Bulldogger Blake Knowles takes down his steer during the 2019 Pendleton Round-Up.

HEPPNER — Earning a trip to the Wrangler National Finals Rodeo is no easy feat during the best of times. In the midst of the coronavirus pandemic, cowboys were fighting for every last dollar to the end of September.

“With COVID, we were cut back to 60% of the rodeos we usually have,” said Heppner steer wrestler Blake Knowles, who qualified for his fifth trip to the NFR. “The rodeos with the bigger purses, Cheyenne, Pendleton and all of California — the upper echelon rodeos — didn’t survive this. That affected the amount of money out there. There was the same amount of talent out on the road, and we went head-to-head.”

“I’m excited,” he said. “It wasn’t an easy year. It was pretty tough, and there are some strong athletes out there. I feel fortunate and lucky to reach my goal (NFR) — now I’m looking for a world title.”

Knowles, 38, earned $42,438 during the shortened season. Matt Reeves of Cross Plains, Texas, is the top man with $86,944. Baker City’s Jesse Brown, who won the 2019 Pendleton Round-Up title, earned his first NFR trip with a solid performance at his final rodeo of the season.

Because of COVID-19, the NFR was moved from Las Vegas to Dec. 3-12 at Globe Life Field in Arlington, Texas. The $1.1 billion venue is home to the Texas Rangers.

Knowles said going to Texas will be different, but he will go where the action is.

“As a rodeo competitor, Vegas has an aura around it,” he said. “For the sport you love, there are a lot of emotions driving down the hill into Vegas. It will be different, but the level of competition and the money that is available, guys will be ready to go.”

The NFR has been held at the Thomas & Mack Center in Las Vegas since 1985.

“It has always been the measuring stick,” Knowles said of the Las Vegas venue. “The Thomas & Mack has always been special, but I’m looking forward to Texas. Maybe when you walk in, there won’t be that pressure to do well.”

One heck of a year

Steer wrestling is not for the little men on the circuit. With steers weighing between 450-650 pounds, competitors have to have a little size on their side to take down their prey — in hopefully under 4 seconds.

At 6-foot, 200 pounds, Knowles has had his share of success over the years.

“I’ve felt pretty confident all year,” Knowles said. “I was going in the right direction, then we had a three-month break because of COVID. We started back up July 1. Consistently having top finishes kept me going. When I won Guymon and placed in Kalispell (Montana), I thought I could close it out. The last two weeks are always tough. You can have a $9,000 lead, and the next thing you know, it’s $2,000. It was closer than I expected it to be.”

“We were all so close,” Knowles said. “I wasn’t going to take my foot off the gas pedal. I have been on the bubble before. You have to get the job done. If not, there are 100 other guys waiting to take the money.”

The coronavirus pandemic wiped out the Pendleton Round-Up, the Farm-City Pro Rodeo and countless other events in states where the government would not allow large sporting events.

That forced competitors to travel to Montana, Idaho, Utah, North and South Dakota, Oklahoma, Colorado, Texas and a few other states that allowed large events.

Instead of cowboys picking and choosing which events to compete at, they were all at the same ones because there were no options.

From the start of July to the end of September, Knowles said he did not hear of anyone who had the coronavirus — and in the rodeo world, news would have traveled fast.

“I’m happy we didn’t have any problems,” Knowles said. “There were some people who were unsure, and there were people checking hard. If it would have happened, we would have known.”

While Knowles was out on the road, his wife Whitney held down the fort in Heppner.

Knowles and his wife have a daughter Lydia, 5, and a son Trell, who was born in July.

“She has been awesome,” Knowles said of his wife. “Because of the year, rodeo was pretty nonexistent on the West Coast and I have had to travel more. She really stepped up and was awesome to take care of everything.”

Knowles said he plans on taking his family to the NFR.