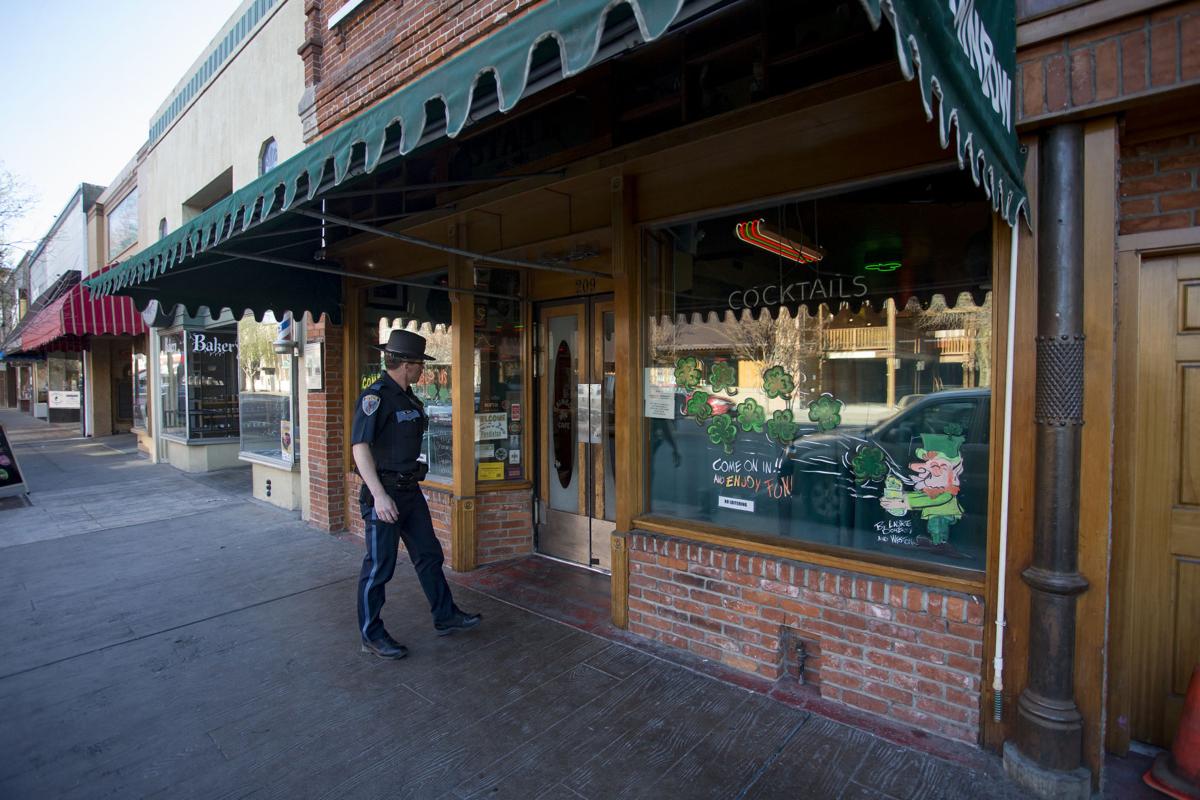 Pendleton Police Department Lt. Tony Nelson walks by the historic Rainbow Cafe on March 17, 2020, to ensure the bar had closed as ordered after throwing a St. Patrick’s Day party in lieu of shutting down during the first round of restaurant shutdowns in March. 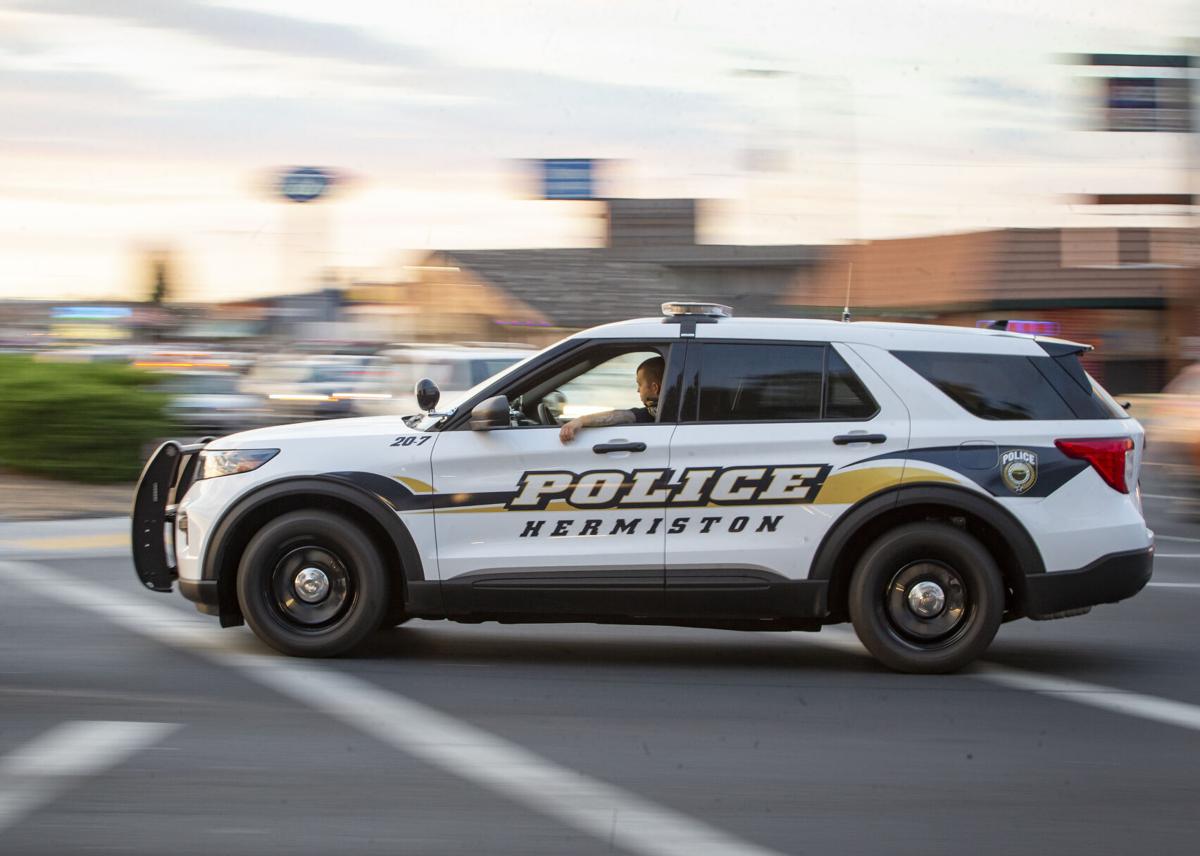 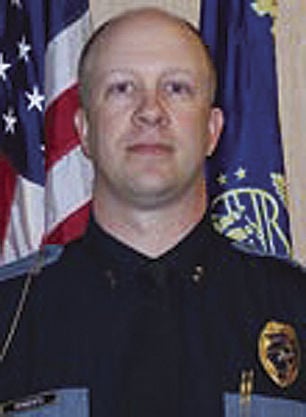 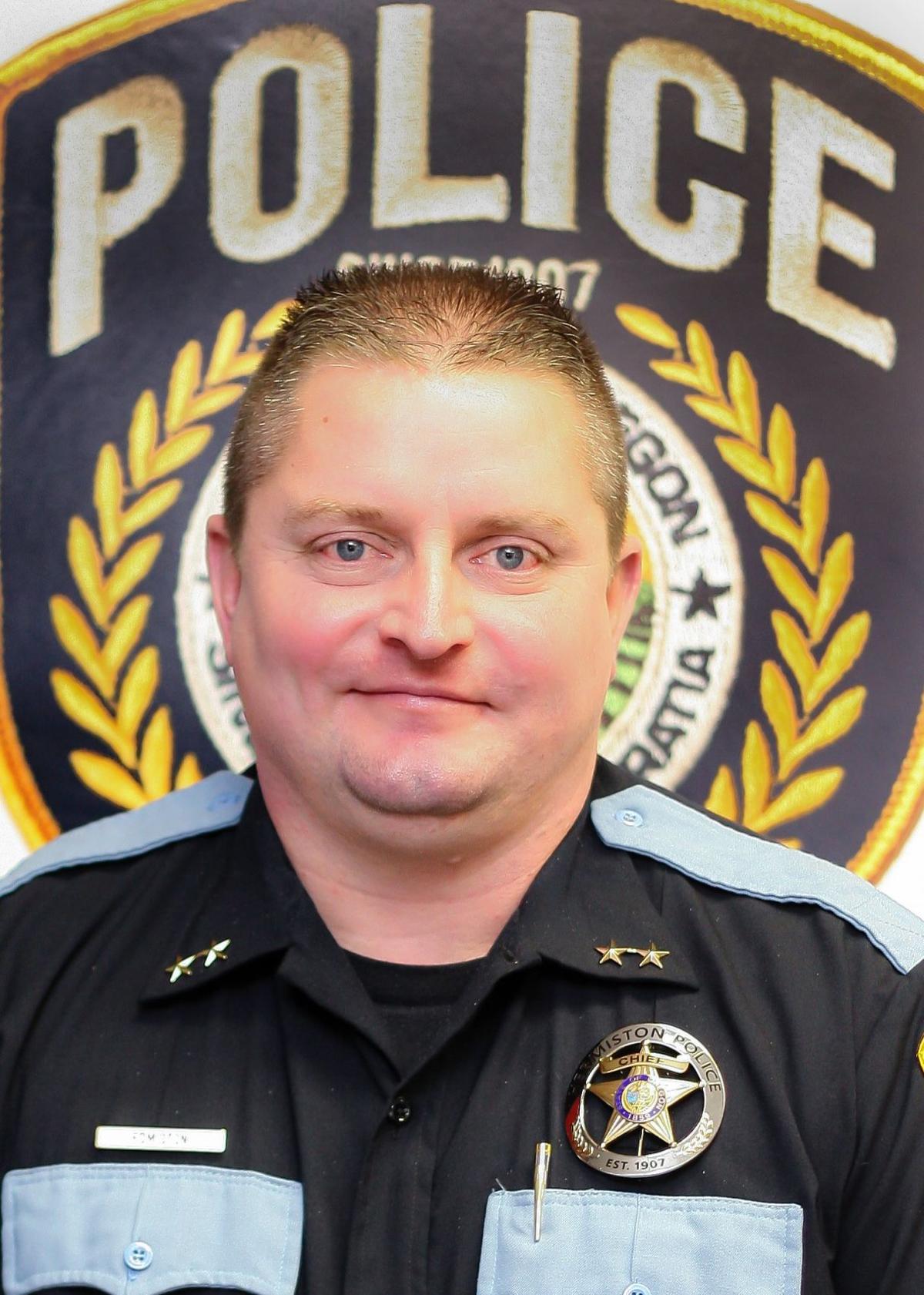 Pendleton Police Department Lt. Tony Nelson walks by the historic Rainbow Cafe on March 17, 2020, to ensure the bar had closed as ordered after throwing a St. Patrick’s Day party in lieu of shutting down during the first round of restaurant shutdowns in March.

PENDLETON — Law enforcement officials in Umatilla County are saying they will not be cracking down on social gatherings exceeding six people during Gov. Kate Brown’s two-week “freeze” unless the gathering is in a public space or involves blatant disregard for the health and safety of communities.

Pendleton Police Chief Stuart Roberts and Hermiston Police Chief Jason Edmiston said they will be encouraging residents to comply with the measures, but will be leaving enforcement to the discretion of individual officers. Roberts said that circumstances would have to be “fairly egregious” if his officers were to respond with citations or arrests.

“I’m just going to make it clear, if somebody calls in and says, ‘My neighbor’s got 10 people over at their house,’ we’re not coming,” Roberts said. “It’s not something that we’re going to waste time and energy and effort on. I can’t think of another time in my tenure where we’ve been asked to take on a regulatory role that has such political implications.”

The governor’s mandate, which began Wednesday, Nov. 18, is an attempt to slow the recent record-breaking spike in coronavirus cases statewide. The state has repeatedly set new records in cases, deaths and hospitalizations over the past two weeks, according to health officials.

The Oregon Health Authority reported Friday, Nov. 20, 1,306 new suspected or confirmed cases of the disease as the daily average case count reached 1,000 cases for the first time since the pandemic began. A record 20 Oregonians were reported on Thursday, Nov. 19, to have died carrying the virus, as hospitalizations reached a record-high 414.

The lockdown measures announced by Brown are the same as those from last March. They restrict social gatherings to no more than six people from two separate households. Violators could receive citations of up to $1,250 or even 30 days in jail.

“Now, I understand that the baseline of all this is the safety and well-being of our communities and to confine the spread, if not eradicate it to a certain degree, and I’m more than willing to do my part,” Roberts said. “But there’s some point where it becomes ridiculous, and again, an irresponsible utilization of the public dollar.”

Brown initially took a hard line in directing the state’s law enforcement to enforce the rules in place, saying that she was “ordering” officers to comply. She has since backed off this approach.

“I expect local law enforcement to continue to use an education-first approach,” the governor said in a statement Tuesday, Nov. 17. “But Oregonians need to understand that these rules are enforceable under law.”

State police organizations quickly responded to the governor’s orders, saying they will only be citing people as a “last resort.”

“As with most enforcement decision-making, discretion will be used if/when any Executive Order enforcement action is taken. Oregon Law Enforcement recognizes that we cannot arrest or enforce our way out of the pandemic,” The Oregon State Sheriffs’ Association, the Oregon Association of Chiefs of Police and the Oregon State Police said in a press release Tuesday, Nov. 17.

Edmiston said his officers will respond to businesses that call in and say customers are refusing to wear masks. He also said he has told his officers that they will “not violate someone’s Fourth Amendment Right.”

“It’s frustrating because we want to honor the governor’s orders under emergency declarations,” he said. “But there’s a very clear line in the sand with regard to the threshold of a person’s property and law enforcement coming onto that property.”

Both Edmiston and Roberts said that the biggest distinction in when their officers will and will not respond lies between public and private property. If called to respond to a large social gathering in somebody’s home, the most they can do, they said, is approach and ask if there are more than six people inside. But even then, they cannot enter and enforce the restrictions without being allowed in.

“If and when these calls come in, we’re going to approach them with the same standards we deal with all along — with reasonableness,” Edmiston said.

Roberts said the disconnect between Brown’s demands and local law enforcement have been frustrating. He said although the governor claims to be communicating with law enforcement statewide on the best ways to enforce the measures, there has been little communication with departments like his.

“If you’re telling people that you’re out being openly communicative and that you have these partnerships, then you better damn well have them,” he said. “They don’t exist. She’s relying on organizations that represent chiefs and sheriffs, not the chiefs and sheriffs themselves.

However, Matlack and the Morrow County Sheriff’s Office posted a statement on Facebook on Nov. 20 saying they will not be citing and arresting violators despite Brown’s orders.

“We have not engaged in any criminal enforcement on COVID-19 measures or orders sent down from Governor Brown and we will not start now,” Matlack said in the release. “If citizens or businesses refuse to follow the safety recommendations, they could face civil litigation or fines from OSHA or OLCC. They will not be cited or arrested by any member of the Morrow County Sheriff’s Office.”

Roberts said it can certainly be argued that people who have tested positive for COVID-19 can place a risk to the public. However, he said law enforcement is not in a position to enforce the mandate, and it is better left to public health officials.

“These types of regulatory oversight is a whole lot different than going out and enforcing the law on people committing what is, in my mind, bona fide crimes that put people or property at risk,” he said.

Roberts and Edmiston both made clear that the best things their communities can do right now is follow the basic guidelines set in place from the beginning — wearing a mask, keeping your social group small and physical distancing.

“If we’re going to change this, then it’s going to be a community effort,” Roberts said. “I say this all the time, ‘If not you, then who?’”

PENDLETON — Christmas lights adorn the walls of the Prodigal Son Brewery and Pub in downtown Pendleton, where more than a dozen customers chat…