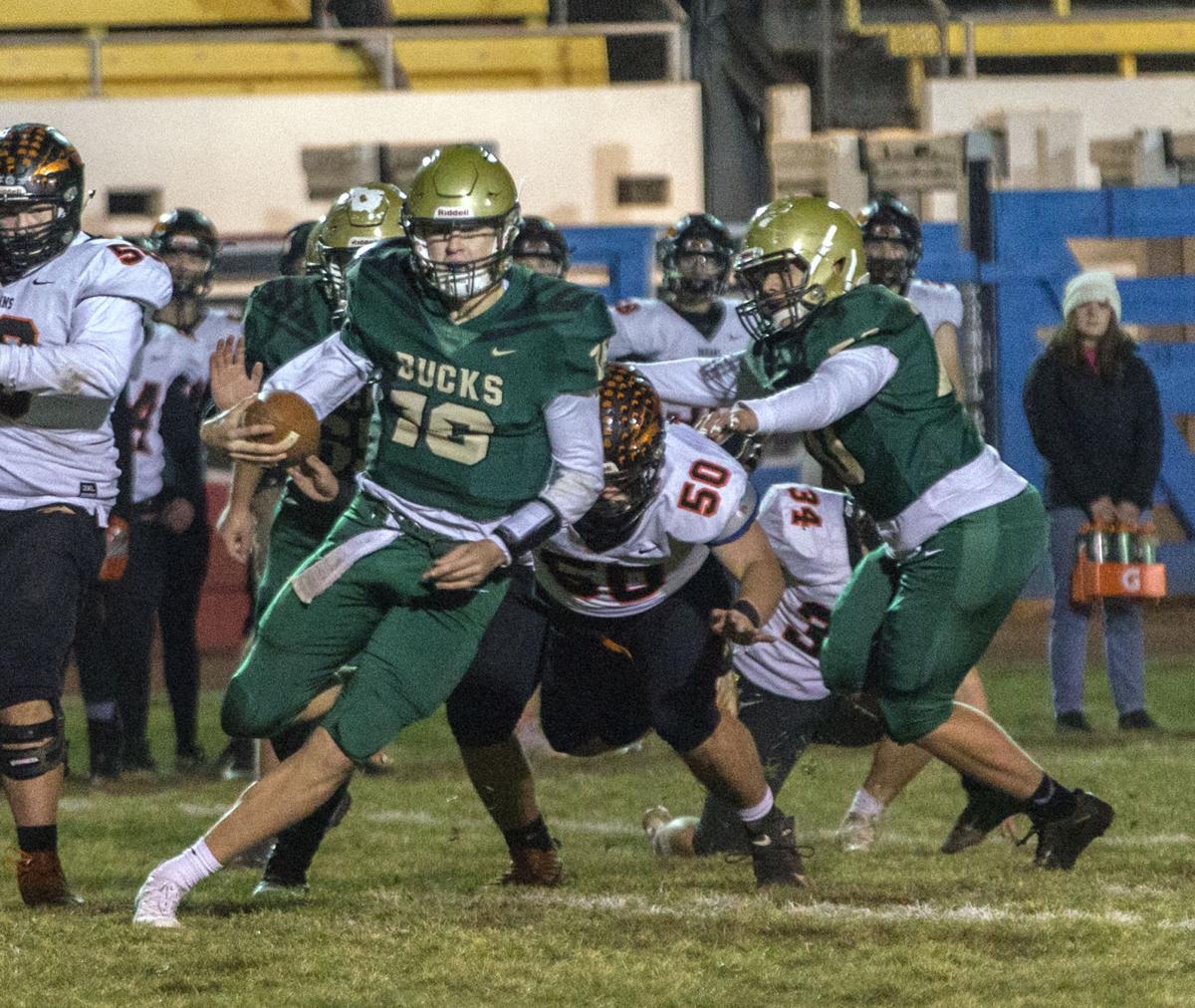 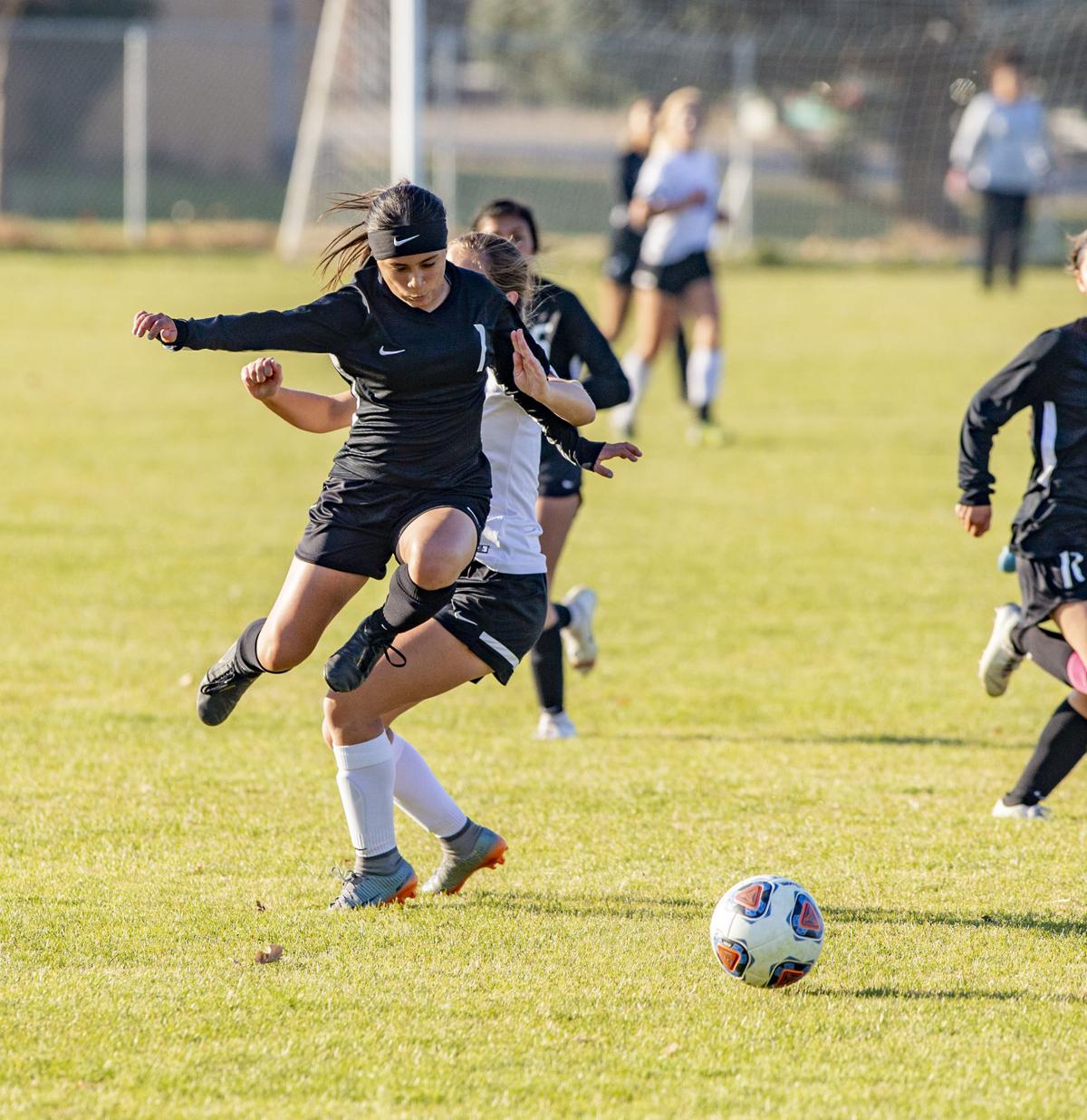 Riverside’s Neftalí Pacheco (1) vaults over a Cascade Christian defender to regain control of the ball during the first half against the Challengers. The Riverside Pirates defeated Cascade Christian 2-1 in the first round of the OSAA state playoffs at Riverside High School in Boardman on Nov. 5, 2019.

Riverside’s Neftalí Pacheco (1) vaults over a Cascade Christian defender to regain control of the ball during the first half against the Challengers. The Riverside Pirates defeated Cascade Christian 2-1 in the first round of the OSAA state playoffs at Riverside High School in Boardman on Nov. 5, 2019.

LAKE OSWEGO — The Oregon School Activities Association executive board on Monday, Dec. 7, voted to revise the 2020-21 OSAA calendar by moving the start dates of Season 2 to February 2021, with Seasons 3 and 4 to follow in the spring. The seasons now will be shorter than they were under the previous plan, which was slated to see the season start on Dec. 28.

Under the new plan, each of the three seasons would be six weeks in length, and the sixth will be a culminating week to conclude the season, akin to what was adopted by the OSAA in August.

One change is that Season 2, which the OSAA announced later Monday will start Feb. 22, would consist of the traditional fall sports of football, volleyball, soccer and cross-country, it was discussed in the meeting. Spring sports would take place in Season 3, and winter sports in Season 4.

The changes were made due to an increase in COVID-19 cases in Oregon that led to further restrictions being put in place by Gov. Kate Brown. Under the current regulations, 25 of Oregon’s 36 counties are classified as ‘extreme-risk’ and have the highest level of restrictions.

Peter Weber, OSAA executive director, explained that because of that, only about 42 of the entity’s member schools are in a location lower than extreme-risk.

“The OSAA and member schools are bound to follow the guidance for the state. They are not suggestions. they are requirements,” Weber said.

He noted that full-contact sports currently are not allowed by the Oregon Health Authority, and that includes two of the sports in the season that was to start Dec. 28 — basketball and wrestling.

“Basketball and wrestling currently are still prohibited by the state,” he said in opening the discussion at the virtual meeting. “We need to make some changes.”

The board considered two proposals — one for two nine-week seasons that each had a culminating week, and the adopted proposal of three six-week seasons.

Almost immediately, it was clear during the meeting that the three-season model was favored, as several board members expressed concern of the sports being split in such a way that athletes would have to choose between two events they would have otherwise taken part in. Under the two-season model, golf and swimming would have been included with the traditional fall sports, and basketball and wrestling would have been lumped in with the spring sports.

“I am concerned statewide with the overlapping of sports,” said Curt Shelley, board vice president and superintendent at Tillamook. “I like the three-season sports season for that. I think it gets the prime time of the seasons and the best weather for that.”

Dufur athletic director and football coach and 1A representative Jack Henderson offered his support for the three-season model.

“I, too, support the three-season model as well,” he said. “The stacking is really, really difficult.”

Jeff Clark, 2A representative and principal at Oakland High School, said the two-season model was not an option.

“A three-season model is our best option because it allows us to offer everything at this point,” he said. “If we adopt the two-season model, we are already cancelling sports in some fashion.”

Jack Folliard, the OAOA rep on the executive board, said, for example, there are 1,000 basketball referees in the state, and 250 of them also ump baseball or softball. Overlapping those two sports would leave an already shorthanded officiating group statewide hamstrung.

“I cannot in good conscience guarantee we could cover sports in a two-season (model),” Folliard said.

“By pushing that date further, we believe that sets us up for success,” he said.