UMATILLA COUNTY — Restaurants can remain open for outside dining through the weekend before having to shut dine-in services and move to takeout only, the county announced on Friday, July 31.

Although Umatilla County was sent back to baseline in the state’s reopening plans effective on July 31 at noon, Gov. Kate Brown issued temporary exemptions for restaurants to operate dine-in service through Sunday, Aug. 2, if the service is outdoors only. The exemption comes after the governor’s office realized that restaurants already replenished stock to get through weekend service, according to Umatilla County Commissioner John Shafer. 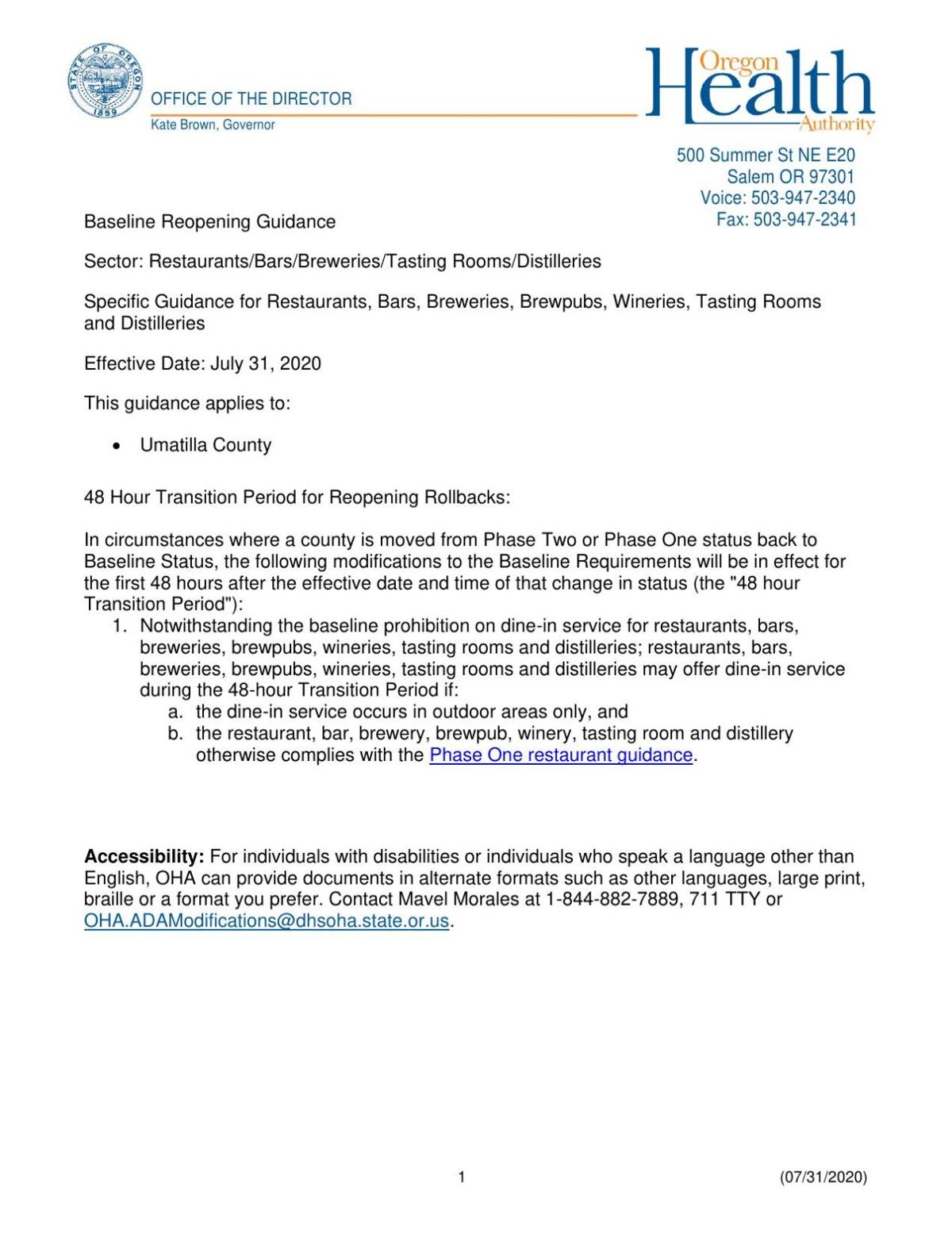 “The governor’s office called and said they realized the restaurants had just ordered their stock in, so they are going to allow outside dining only through the weekend,” he said.

The move back to baseline, means that only banks, grocery stores, pharmacies and other essential businesses will remain open, while salons, barbers and other personal care services will need to close.

Brown announced the decision on July 30, in a letter to Shafer.

Umatilla County is expected to stay in the new phase for 21 days before reapplying to move up, but, according to the letter, Brown said they will reevaluate the situation weekly and communicate with county officials if anything changes.

Umatilla and Morrow counties sent back in reopening plans

PENDLETION — Umatilla and Morrow Counties are moving backward in the state's reopening plans.