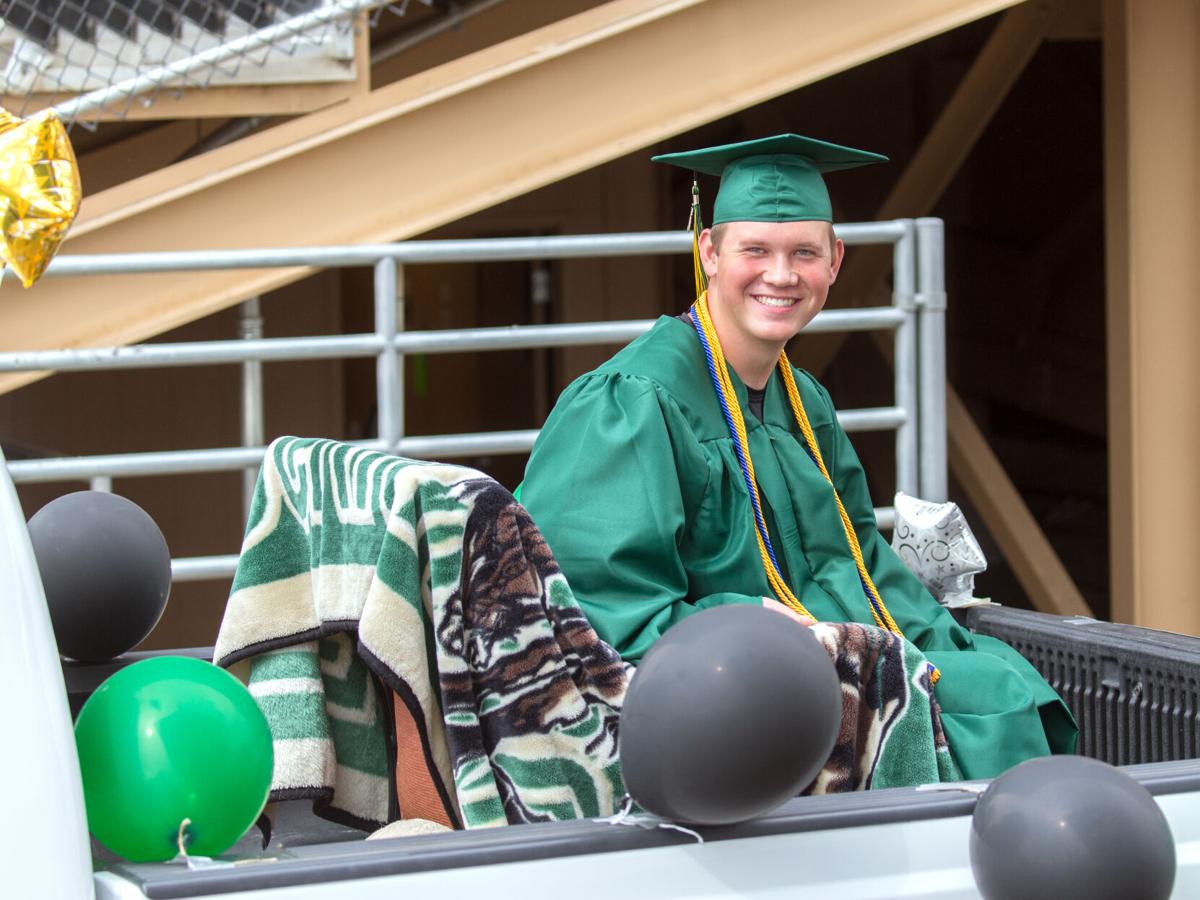 Connor Cary sits in the back of a pickup truck before getting his diploma at Pendleton High School’s drive-thru commencement ceremony at the Round-Up Arena on May 20, 2020. 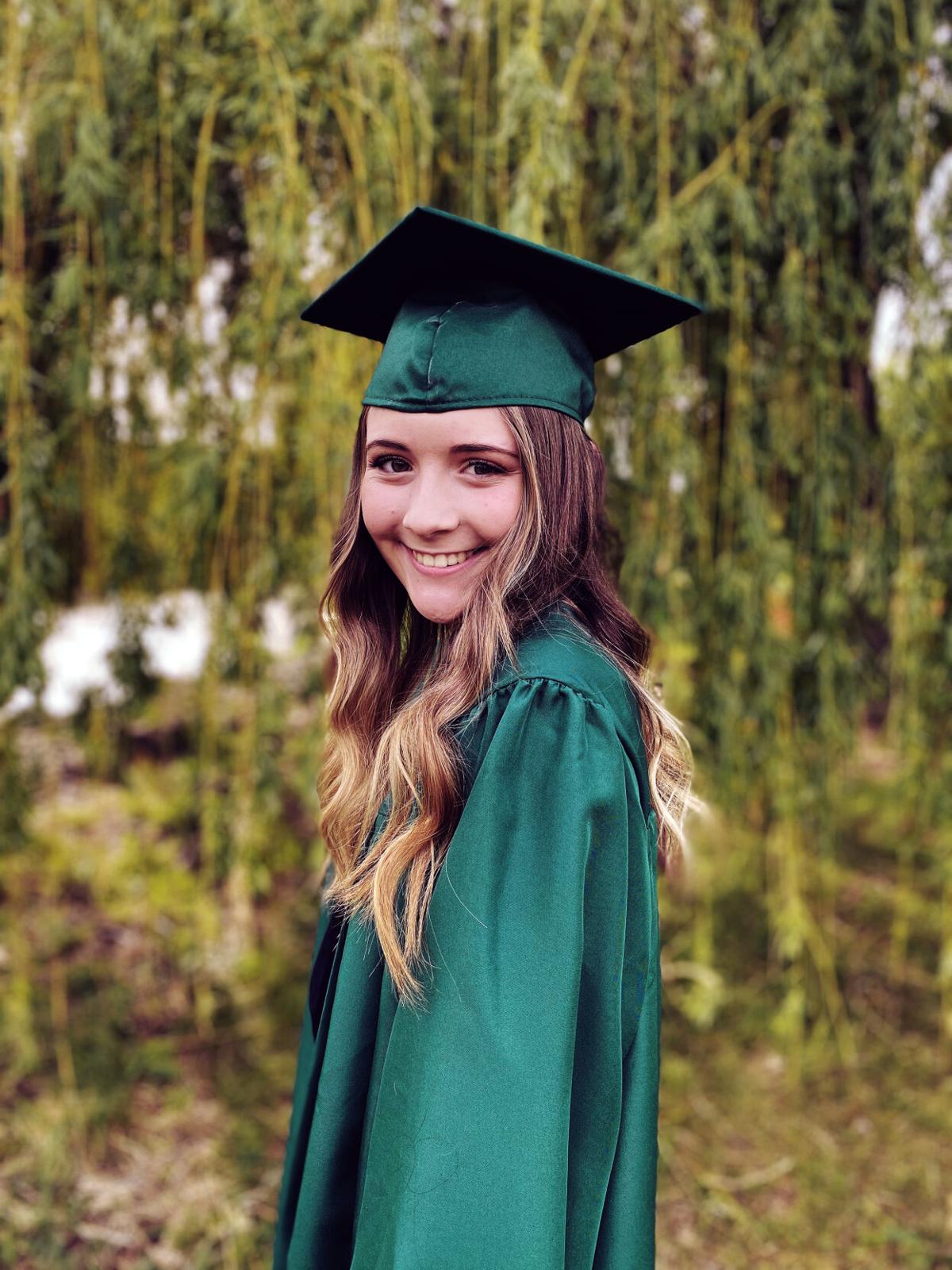 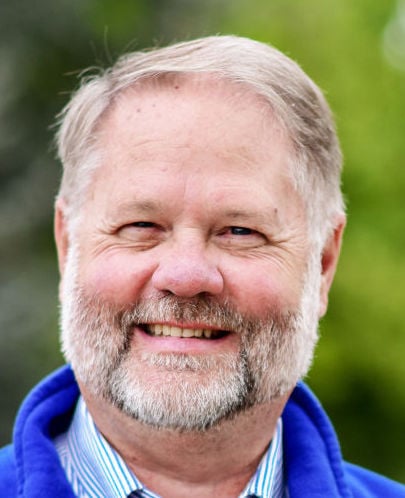 Connor Cary sits in the back of a pickup truck before getting his diploma at Pendleton High School’s drive-thru commencement ceremony at the Round-Up Arena on May 20, 2020.

PENDLETON — Connor Cary clicked on the email with a sense of trepidation.

The 19-year-old, a recent graduate of Pendleton High School, recognized the sender as the Office of Student Access and Completion, the awarder of the $5,800 Oregon Promise grant he had received to pay tuition at Blue Mountain Community College.

The grants go to graduating high school seniors for up to 90 credits of tuition at any community college in Oregon. Those completing their GEDs are also eligible.

Connor groaned inwardly as he read the email’s first sentence.

“Unfortunately, due to budget cuts, your Oregon Promise Grant has been revoked,” the email started.

“OSAC is required to revoke awards as a result of the Oregon Legislature’s $3.6 million reduction to the 2020-21 Oregon Promise budget. Unfortunately, there are not enough available funds to sustain all awarded students for 2020-21 with this budget reduction. This reduction of funds has been identified by the Legislature to assist in closing the state budget shortfalls caused by recent public health and economic events.”

Connor is one of more than 1,000 students to receive this unwelcome news. One of his friends, Sarah Powell, had her grant rescinded too, among others. On Aug. 10, the Oregon Legislature cut Oregon Promise funds as it dealt with a $1.2 billion budget shortfall during a special session. Students learned their awards were being revoked through emails dated Aug. 18. Those losing grants were students with expected family contributions of $22,000 or more. The federally calculated EFC doesn’t usually equal what a family will pay for college, but rather is a measure of financial strength.

Oregon Promise, one of about 400 programs across the nation designed to make college free or more affordable, faced cuts after the pandemic brought mounting unemployment and business closures. Connor’s mother, Carrie Cary, understands the financial pressure faced by legislators but said students are scrambling to find more funds just as college is about to start. Carrie and her husband, Tim, saw the Oregon Promise notice shortly before going to work on Aug. 19.

The revocation is another blow in a year full of them because of COVID-19. Carrie said she’s sorry seniors must weather another disappointment.

“It’s called Oregon Promise,” she said. “They promised this money and now it’s not here because of COVID. It’s heartbreaking for the kids. We’ll find a way to make it work for Connor, but it may be more difficult for others.”

“I’m disappointed and confused,” said Connor, who had hoped to pay for college without family assistance. “I was notified at the beginning of June that I’d receive the money in the fall.” He sent an in-depth letter to the OSAC to explain why his grant shouldn’t be revoked. There is no appeal process, however, and the awards are subject to adjustments by the Oregon Legislature.

“It didn’t hurt our direct budget, but it hurts students,” he said. “Out of that 1,000, a few are obviously going to be BMCC students. We won’t know until this fall how many are directly impacted.”

Bailey-Fougnier didn’t slam legislators for the cost-cutting measure, saying lawmakers were between the proverbial rock and a hard place where every decision brings budgetary pain.

“They did everything they could to protect the lowest income levels so those students won’t be impacted,” he said. “$22,000 is not really very high, but they didn’t go after the students who are lower than that.”

Connor said the setback won’t keep him from attending college. His game plan includes earning his Associate of Arts Oregon Transfer degree at BMCC, and then moving to Eastern Oregon University to study biology.