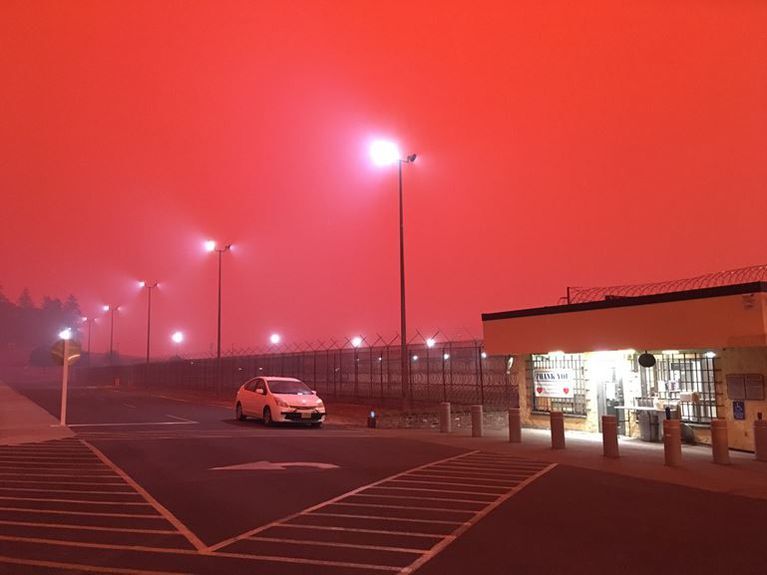 The Oregon State Correctional Institution near Salem on Sept. 8, 2020. The prison was one of the prisons evacuated because of wildfires. 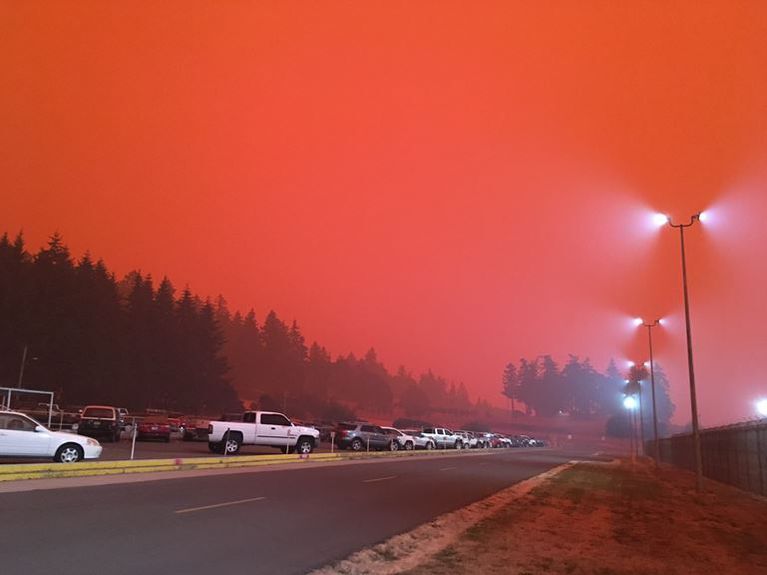 The Oregon State Correctional Institution near Salem on Sept. 8, 2020. The prison was one of the prisons evacuated because of wildfires.

SALEM — On Thursday, Sept. 17, smoke from the Riverside and Beachie Creek fires burning southeast of Portland seeped into the Coffee Creek Correctional Facility, the state’s only prison for women, about 15 miles south of Portland.

Officials moved to evacuate the more than 1,000 female inmates, along with nearly 300 men who are also housed in a different part of the prison.

“I don’t know how they’re going to do this. They have no coordination at all,” said Anna Valdez, an inmate in the minimum-security section of the prison. “It’s insane right now.”

Valdez called Oregon Public Broadcasting as guards yelled for inmates to get their things and handed out plastic bags for packing.

“They’re evacuating the entire prison right now. They’re taking us to Deer Ridge,” Valdez said, referring to another prison in Central Oregon. “A lot of people are nervous. They’re giving us a plastic bag to just take our meds and a few items, and then go.”

“They said take what you can,” Valdez said, before hanging up. “I got to get off. We’re scared.”

Valdez and others described a harrowing journey over the Cascade Mountains to the Deer Ridge Correctional Institution in Madras. In some cases, the women were loaded onto school buses late that night. Many sat for hours in the parking lot — zip tied — before making the roughly 120-mile drive over the mountains.

Rod Richardson’s ex-wife, Tammy Saylor, was one of the inmates who was evacuated. He said they’ve spoken daily.

“Tammy sat on a bus for 8½ hours,” he said. “Everyone was told by the officers to go to the bathroom in their pants. Women were peeing in cups and throwing tampons and feces out the windows of the bus, because they could not leave the bus to use the bathroom.”

Many of the inmates arrived at Deer Ridge hungry, dirty and exhausted.

Family members said the prison wasn’t ready. Many women didn’t receive bedding or a mattress until late that night. Some rested on bare metal bed frames.

Tensions are high, she said, and the mood among the incarcerated women is low.

Oregon’s wildfires came amid the global coronavirus pandemic. For months, the state’s prison system has tried to keep inmates apart as it’s struggled with ongoing outbreaks of COVID-19. To date, the Oregon Department of Corrections has had 904 inmates and 227 staff members test positive for the novel coronavirus. Six adults in custody have died.

Still, with fires threatening, thousands of inmates packed together as prison officials sought to get them out of harm’s way.

Coffee Creek was just one of four prisons that had to fully evacuate.

“We have individuals on cots, on mattresses, in the activities room, in the music room, in the gymnasium,” said Corrections Director Colette Peters. “Absolutely anywhere we could find space.”

Peters said this is the first time the agency has evacuated prisons on this scale. The last evacuation was in 1996, a DOC spokesperson said, during major floods. About 160 women evacuated to the Oregon State Penitentiary at the time.

Peters acknowledged there were things that did not go well last week. But in an interview with OPB, she stressed it’s a temporary situation and one she argues could’ve been much worse.

“We successfully transported thousands of individuals across the state safely, nobody was injured, nobody went missing,” Peters said.

The agency used its plan for a major earthquake that would require the Department of Corrections to evacuate half of the inmate population with only half of its staff reporting to work, Peters said.

“We learned some things along the way about women’s needs that men may not have,” she said.

But some family members of inmates and attorneys are concerned about how DOC handled the evacuations and want Gov. Kate Brown to release more inmates for health reasons. So far, Brown has released 57 people over concerns about COVID-19 — a minuscule fraction of the roughly 14,000 people incarcerated in the state’s prisons.

“It appears there wasn’t a plan for this evacuation,” said Tara Herivel, an attorney who represents inmates currently in the state’s prison system. “It appears as if it was extremely haphazard and ad-hoc. And the harm that’s arisen is significant.”

Herivel predicts there will be litigation over DOC’s handling of the evacuations.

With the immediate crisis of the fires winding down, inmates and their attorneys now worry about COVID-19.

“We’re going to see an outbreak, or outbreaks, now from the conduct over the last week,” Herivel said.

Valdez, the inmate, said she’s looking forward to returning to the Coffee Creek prison as soon as possible. Officials said adults in custody could head back as early as this week.

“It’s just been so unorganized,” Valdez said. “I feel like this is a learning experience for them. But it’s at our expense.”