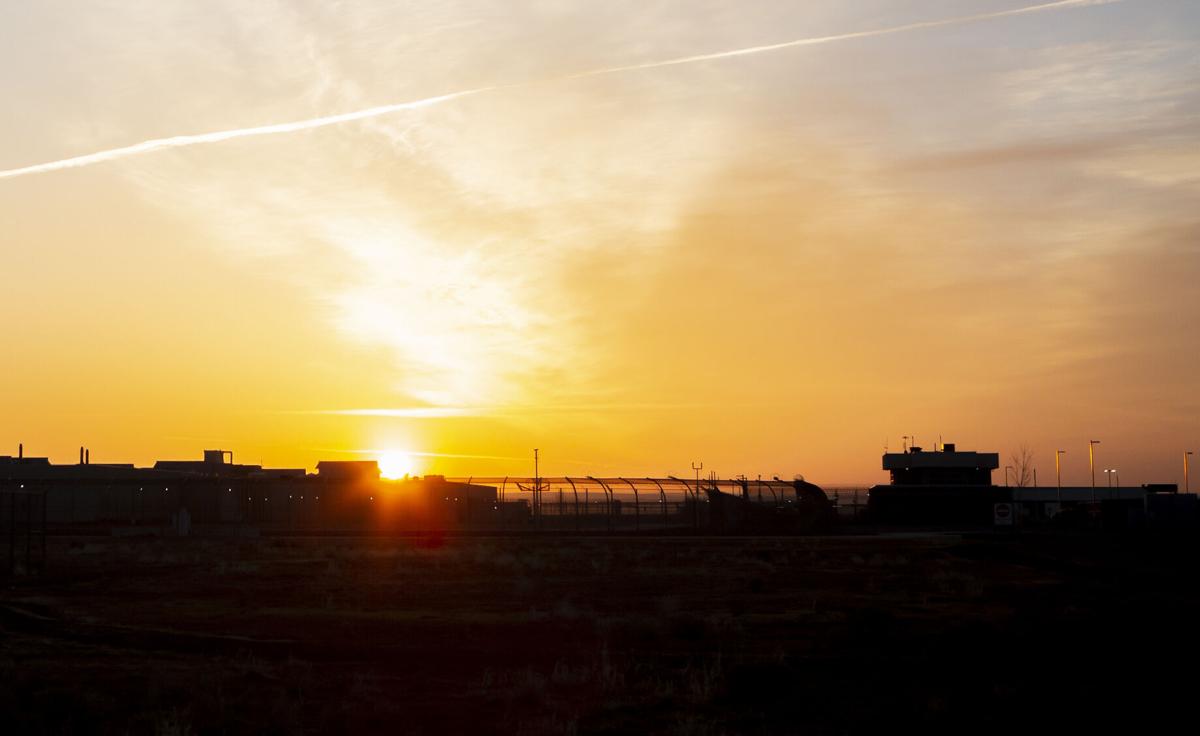 The fences at Two Rivers Correctional Institution are silhouetted against the rising sun on Friday, April 2, 2021. 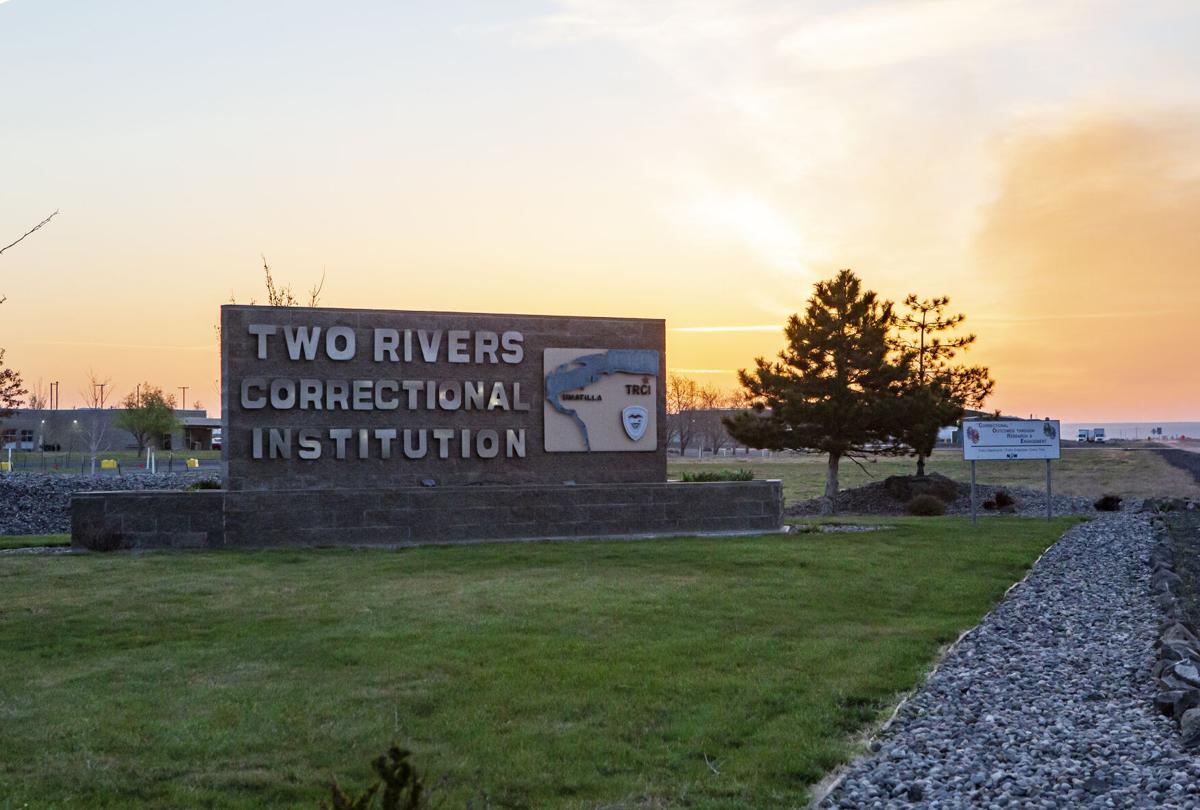 A sign stands at the entrance of Two Rivers Correctional Institution in Umatilla as the sun rises on Friday, April 2, 2021.

The fences at Two Rivers Correctional Institution are silhouetted against the rising sun on Friday, April 2, 2021.

A sign stands at the entrance of Two Rivers Correctional Institution in Umatilla as the sun rises on Friday, April 2, 2021.

UMATILLA — A state judge last week ruled that staff at Two Rivers Correctional Institution in Umatilla demonstrated “deliberate indifference” after failing to adequately care for an inmate’s serious medical conditions for months and ordered the state to immediately take action, according to court filings reviewed by the East Oregonian.

Multnomah County Circuit Court Judge Gregory F. Silver issued his findings and orders in a letter after inmate Richard Flores sued the prison through Umatilla County Circuit Court. Flores was sentenced to TRCI in November 2019 on two counts of the unlawful use of a weapon and one count of possessing a firearm as a convicted felon, according to the Oregon Department of Corrections website.

Silver concluded “(TRCI’s) failure to provide reasonable care for (Flores’) serious medical conditions went beyond mere negligence.” He ruled TRCI “has demonstrated, and is continuing to demonstrate, a deliberate indifference” to Flores’ medical conditions, which include hypertension, asthma and other breathing problems and hepatic dysfunction.

The judge’s ruling said the prison failed to provide adequate care even as the inmate “likely contracted COVID-19 in the spring of 2020.”

Flores, however, was not tested because a nurse told him that “he could not have COVID because there was phlegm in his cough,” the records show. A doctor, testifying on behalf of Flores, confirmed for the court that the nurse’s statement “was known to be incorrect at the time it was made and is incorrect now.”

The judge’s ruling said “(Flores) used to run three or so miles but has been unable to since he likely contracted COVID.”

Flores filed claims stating the care he received was so poor that it violated his constitutional rights. His case ultimately prevailed under the Eighth Amendment, which prohibits cruel and unusual punishment, showing that the state’s treatment reflected indifference.

Silver ordered the state to immediately provide Flores with adequate care, refer him to medical experts and waive co-pays for his medical treatment and testing. The order also stated prison staff “are prohibited from retaliating against (Flores) for reporting symptoms and/or seeking redress from this court.”

“This is another one of our cases with medical claims where it’s just irrefutable, once you get it up on its feet, that they were not providing a constitutional level of care,” said Tara Herivel, Flores’ attorney, who is based out of Portland.

Two Rivers Correctional Institution was represented by Nathan K. Riemersma, the Salem-based assistant attorney general for the Department of Justice.

Officials at TRCI and the Oregon Department of Corrections declined to comment for this story.

Maney admitted to the court that prison staff should have monitored, assessed and treated Flores’ condition better but hadn’t, according to court documents.

Maney testified that Flores had informed prison staff that he was running out of Albuterol — a rescue inhaler the state prescribed to Flores for his documented high blood pressure and hypertension.

But prison staff failed to reevaluate Flores’ condition despite its own orders and the standard of care, Maney testified.

“That’s something,” Herivel said. “When your own witness gets up on the stand and says honestly, candidly, no we don’t meet the standard of care.”

Maney also admitted during his testimony that Flores should have received an X-ray a year ago, but had only received one shortly before the trial.

Herivel works with a group of attorneys that represents prisoners statewide in habeas corpus claims against the state corrections department. Since the pandemic began, she has filed 34 cases against TRCI, although Flores’ was the first to come to trial.

She added that the majority of cases she has won in the past have been against the prison.

The judge’s ruling spells out in detail how prison staff failed to properly care for Flores’ condition.

Flores has had documented high blood pressure since 2009 that is so serious “it can cause long-term damage to various organs and/or lead to death,” according to the records.

Flores’ blood pressure and hypertension is genetic, the records show, and he suffers from eye problems and headaches, which may worsen if he doesn’t receive treatment, according to the records.

Flores also had asthma prior to being incarcerated. He was prescribed an Albuterol inhaler prior to March 2020, according to the records. The inhaler helps open up airways in the lungs and is used to treat conditions, such as asthma attacks and chronic obstructive pulmonary disease.

In April 2020, Department of Corrections medical staff was aware of the seriousness of Flores’ blood pressure levels and ordered that his condition be checked twice a week for at least six months, documents show.

After March 2020, as his lung conditions worsened, Flores was required to use his inhaler more often, according to court records. That was around the time Flores was experiencing COVID-19 symptoms, according to Herivel and the records.

Flores’ prescription recommended he use his inhaler four times per day with two puffs each time. At that rate, the inhaler would last up to 25 days.

But state policy is such that, to prevent an inmate from overdosing, an inhaler can only be refilled by prison staff once every 120 days, according to Herivel and the records.

Baskerville, the doctor who testified on Flores’ behalf, noted that “overdosing on an Albuterol inhaler could require as many as 27,000 puffs per day,” according to the records.

Maney testified that medical staff should have looked to other medications to help with Flores’ condition, as per the standard of care, according to the records. Maney “testified there was no evidence in the plaintiff’s medical records that he was reevaluated as should have been done.”

“This guy was gasping when he was just sitting and watching TV,” Herivel said. “He was having incidents, but was not using his inhaler because he was rationing it. He was afraid he would have a real event and would die. And he was asking over and over again for a refill, but they were refusing him.”

Flores’ case was one of three cases that Herivel and her colleagues won against state prisons in Eastern Oregon last week, each of which involved inmates claiming under the Eighth Amendment that the care they received was so bad that it violated their constitutional rights.

The other two cases were against Snake River Correctional Institution in Malheur County, where a state judge ordered officials at the prison to make a plan to enforce mask wearing and deploy mass testing after finding the state’s treatment of two inmates, like the TRCI case, reflected indifference during the pandemic.

Herivel said she was grateful for the court’s decision in Flores’ case, but added that, now having won, she expects she will likely be in court again to ensure that TRCI complies with the orders in the future.

“Because of my experience in litigating these (cases),” she said, “I fear that we’re going to be continuing to be litigating for some time every single order, because I am not confident that ODOC will comply.”

Chatting with Flores after the trial, Herivel said she was glad to see her client “felt seen, and felt heard, and he felt believed.”