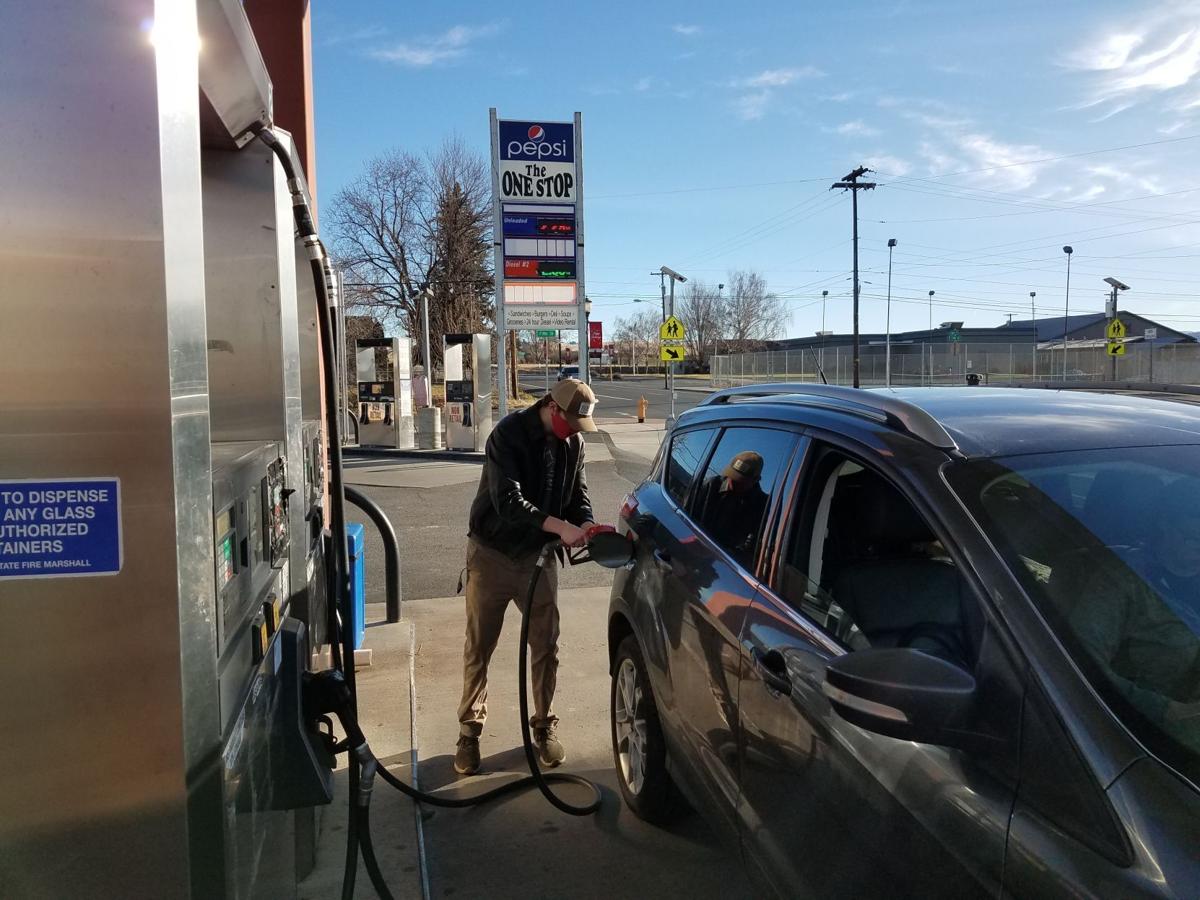 The One Stop employee Kellen Fairchild services a car on Tuesday, Dec. 22, 2020. 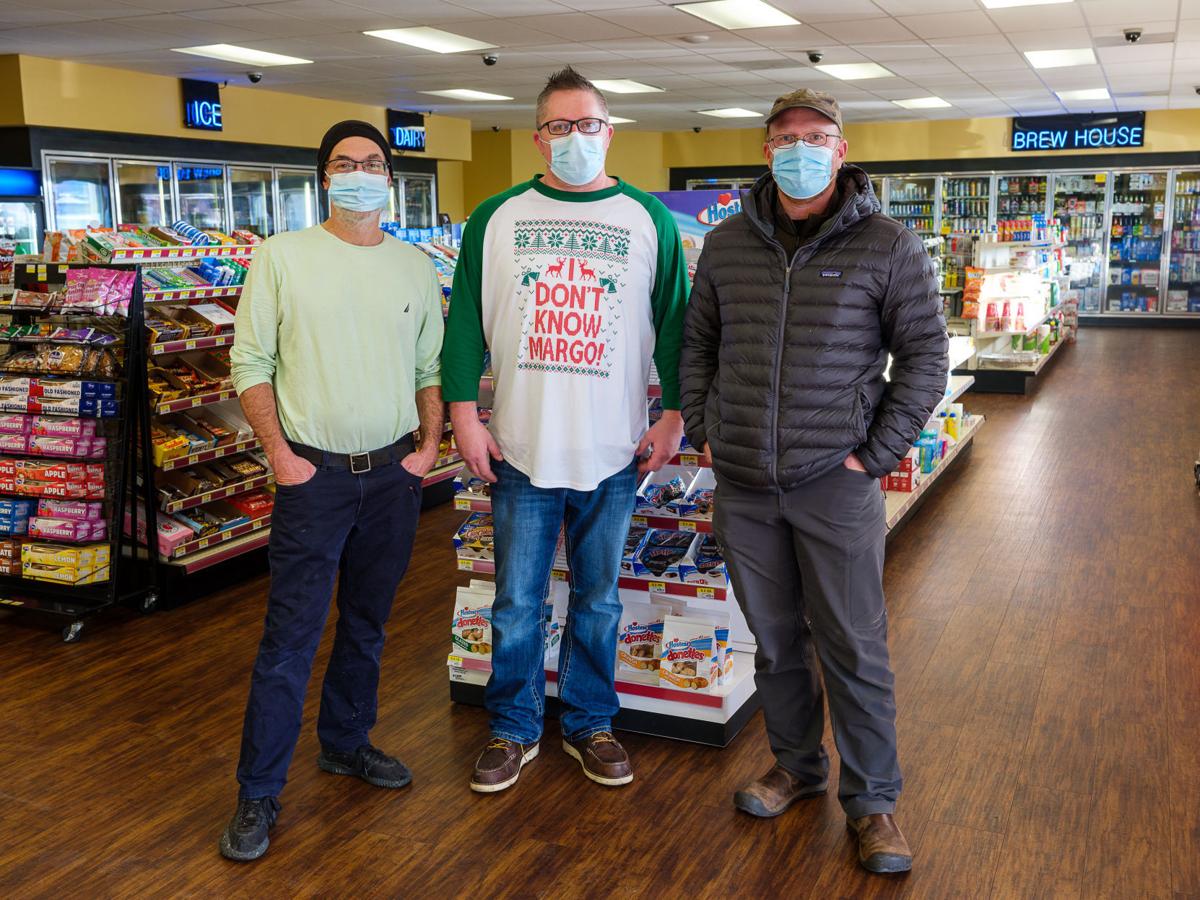 Robert Corwin (left), Shawn Pierce (center) and Grant Richie have steered The One Stop in a new direction, with its renovated interior offering a larger selection.

The One Stop employee Kellen Fairchild services a car on Tuesday, Dec. 22, 2020.

Robert Corwin (left), Shawn Pierce (center) and Grant Richie have steered The One Stop in a new direction, with its renovated interior offering a larger selection.

ATHENA — A blue sign on Oregon’s Highway 11 alerts drivers that fuel is available in half a mile.

Sure, drivers can fill up at The One Stop, but owner Grant Richie really sees his place as a community store.

His full-service gas station is also a restaurant and a well-stocked convenience store that even offers fresh produce.

“We’re small town people,” Richie said. “We’ve tried to make this a place where you can get everything you need in a small town.”

Kitty-corner to Weston-McEwen High School, and located on the edge of downtown commerce, The One Stop has become a place the people of Athena (pop. 1,100) can count on for food, fuel and friendly service.

Richie took over The One Stop at the start of 2020 — just as the coronavirus pandemic began affecting life here — and he has invested around $70,000 in renovation.

“Fixing equipment, purchasing new equipment, and getting the interior back into an inviting place to shop,” Richie said. “I financed the bulk of the maintenance and upgrades by refinancing the building.”

“Pizza oven quit today, and I had to order another one at the tune of $4,500,” Richie said Christmas Eve morning.

Richie lives more than an hour away in Minam, so he has trusted daily operations to Robert Corwin and Shawn Pierce.

Together, they have managed to steer the 5,000-square-foot facility in a new direction over the last 12 months.

A year ago, somebody visiting Athena might zip by The One Stop unaware it was even a gas station. And the station had no sign on Highway 11, so many drivers in need of fuel took their dollars elsewhere.

“I have cousins in Central Washington who pulled up here to fuel up one time, but there were no prices posted anywhere,” Richie said. “‘I guess they’re not selling fuel,’ they thought.”

The One Stop is the only gas station between Milton-Freewater and Pendleton, so it didn’t take long for the simple investment in some signage to pay off for the whole community.

Prices now glow all day and night on a big blue electronic board that is updated regularly.

Also, over the spring, Richie had the state put up the blue sign on Highway 11 notifying drivers that gas is available at The One Stop.

In addition to signs, The One Stop building was in serious need of a complete overhaul, Richie said.

The interior was cleaned, repainted and redesigned. New flooring was installed and the heating and air conditioning system was replaced, along with other utilities and equipment.

“It took us a while to get through all the building maintenance,” Richie said.

The One Stop may have long had a reputation for its burgers, but Richie has trusted Corwin on a menu now, including fresh soups, salads, sandwiches, wings and gourmet pizzas made to order.

“Robert has been in the food industry all his life,” Richie said. “He knows the inside-out of a commercial kitchen.”

The One Stop has also added and expanded its aisles and refrigerators, offering more shopping selections.

But in addition to quick easy snacks and drinks, freshly grown fruits and vegetables are available in a cooled area.

“We used to go down to Athena Grocery, down the road, but you have a bigger selection here now,” said resident Bailey Malchow. “The only difference is (Athena Grocery) has a little bit more variety.”

The One Stop has undergone its transformation despite business suffering from the pandemic.

Health regulations limiting travel and social get-togethers have kept the roads in and out of Athena quiet.

The tables and chairs for diners inside The One Stop have been untouched. Only takeout is served.

Weston-McEwen students who would hit The One Stop for lunch have been ordered off campus since March by the state.

“The high school kids used to alway eat here,” Richie said. “The lunch rush was a huge part of our business.”

However, The One Stop has managed to connect with customers through social media. Its Facebook page has 533 followers as of Dec. 24.