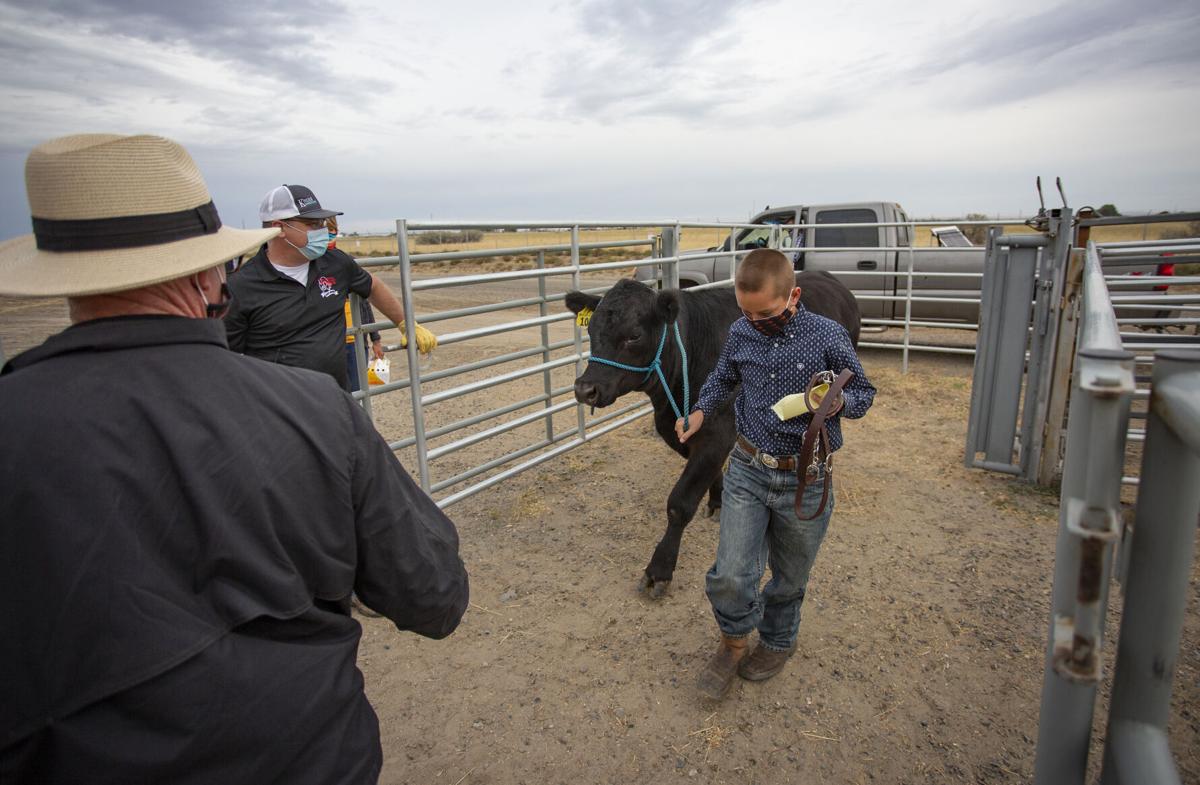 Nicholas Robbins, 10, leads his steer to a livestock barn at the Eastern Oregon Trade and Event Center after weighing in for the second day of the 2020 Umatilla County Fair Modified Youth Livestock Show on Aug. 12, 2020. 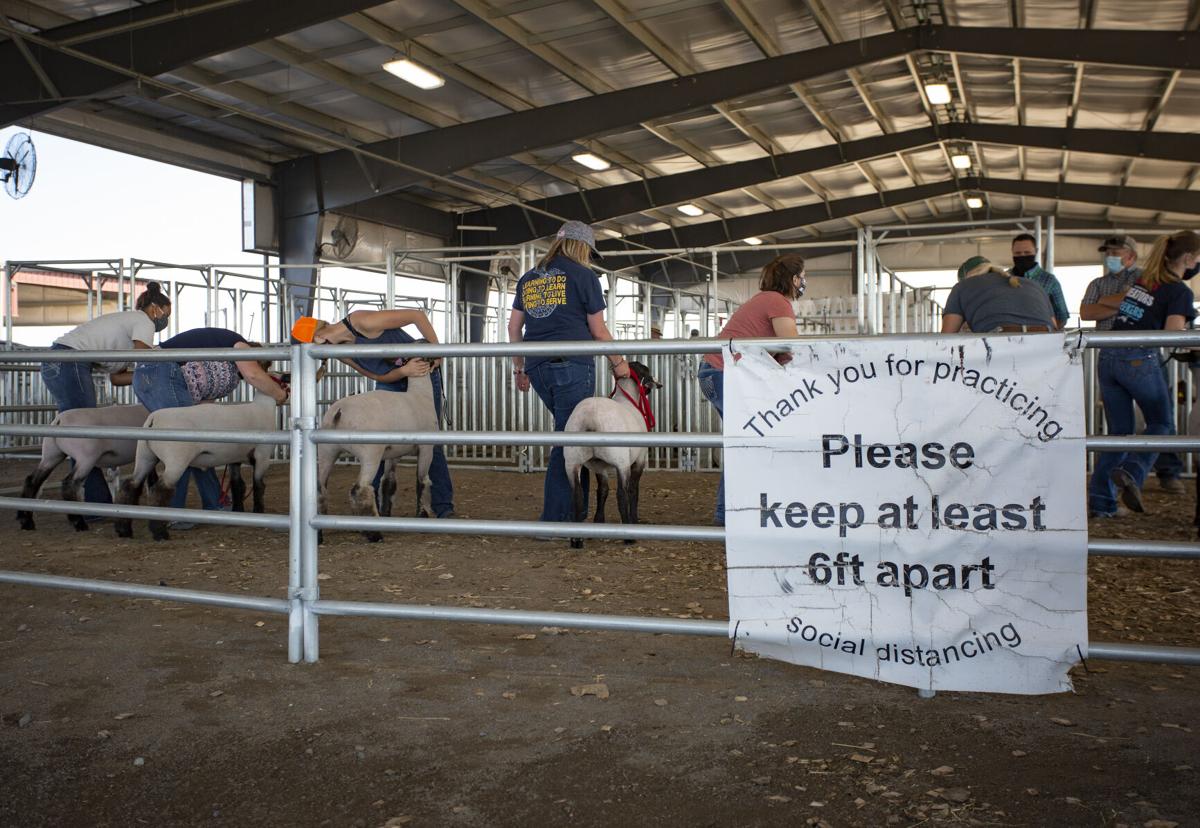 Volunteers show market lambs on the first day of the 2020 Umatilla County Fair Modified Youth Livestock Show on Aug. 11, 2020, at the Eastern Oregon Trade and Event Center in Hermiston.

Nicholas Robbins, 10, leads his steer to a livestock barn at the Eastern Oregon Trade and Event Center after weighing in for the second day of the 2020 Umatilla County Fair Modified Youth Livestock Show on Aug. 12, 2020.

Volunteers show market lambs on the first day of the 2020 Umatilla County Fair Modified Youth Livestock Show on Aug. 11, 2020, at the Eastern Oregon Trade and Event Center in Hermiston.

HERMISTON — It may look a little different than in years past, but the Umatilla County Fair is making plans for what it hopes is its first year back since the pandemic canceled most events in 2020.

“Of course, nobody knows what August 2021 will look like, but we’re cautiously optimistic that we’re going to have a fair that looks like a fair instead of just a livestock show,” Fair Manager Angie McNalley said.

She said the 2021 fair will likely need to have at least a few COVID-19 precautions in place, but she and the fair board are working on plans for the return of food vendors, rides and other components that were canceled last year. The annual Fair Appreciation Dinner, usually held at the end of January, has been tentatively postponed until May, and McNalley said they hope to be able to share much more concrete plans then.

Whatever form the fair takes, it is planned for Aug. 11-14. That time span will mark a change from the usual five days to four days — a change that McNalley said the fair board had actually been discussing before the beginning of the pandemic. Tuesdays are by far their lowest attendance days, she said, and starting the fair on a Wednesday (also the first night of the Farm-City Pro Rodeo) should help vendors who in the past have had to pay to staff their booths all day without making much money.

“We figure anyone who would come on Tuesday will come on Wednesday,” she said.

McNalley said they are also working to move the championship shows for livestock into the early evening so more people can view them.

The fair will be working with Davis Shows Northwest for its carnival rides this year after its longtime provider Davis Amusement closed its doors in January 2020. McNalley said people might also be happy to know the fair is switching from Ticketmaster to a new ticketing system, Afton Tickets-Online.

One area fair staff and the fair board are concerned about is restarting sponsorships after missing a year. McNalley said the fair spent money to put on the livestock judging and auction last year, but made no money off of the usual admissions, concert ticket sales, vendor fees and other sources of revenue the fair usually generates to pay for the following year.

If they are going to be able to produce a fair of the caliber people are used to, she said, “we don’t want them to forget about us.”

After the 2020 cancelation, members of the fair court were given the option to come back for another year on the court. Two were unable to do so, but Keeva Hoston, 17, from Hermiston, and Brielle Youncs, 16, from Pendleton, will return for 2021 along with new fair princesses Alexis Bowen, 16, and Madaline White, 17, both from Pendleton. Alice and Gay Newman have also been invited back for another year as grand marshals.

The Umatilla County Fair Board has welcomed a new member, Mike Engelbrecht, to replace outgoing member Luke Dynes. Andy Wagner, son of former board chair Lucas Wagner, will be a board member-elect this year until becoming a full voting member of the board on Jan. 1, 2022.

McNalley said they are excited to welcome Engelbrecht and Wagner, and are also thrilled that Dan Dorran, who served on the fair board for several years and has volunteered for the fair in other capacities for many more, will now serve as the Umatilla County Board of Commissioners’ liaison to the fair board.

“We couldn’t ask for a better supporter for a liaison,” she said.