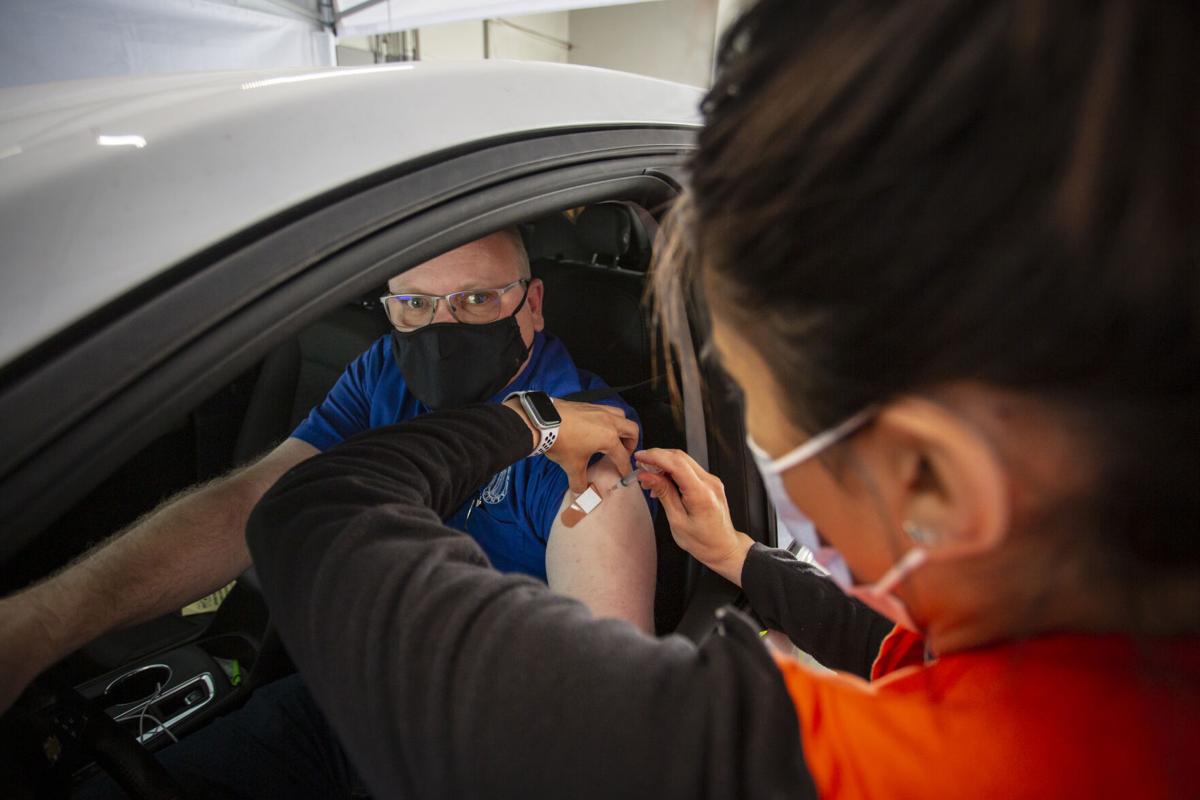 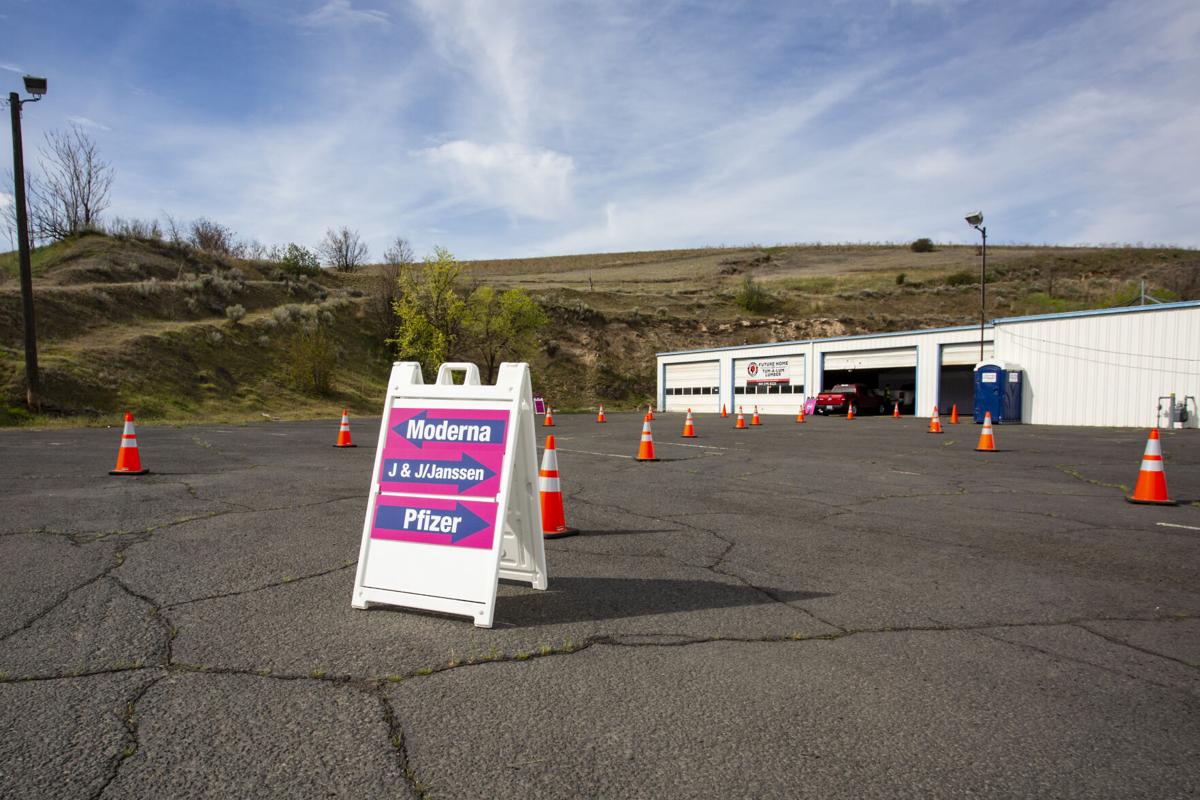 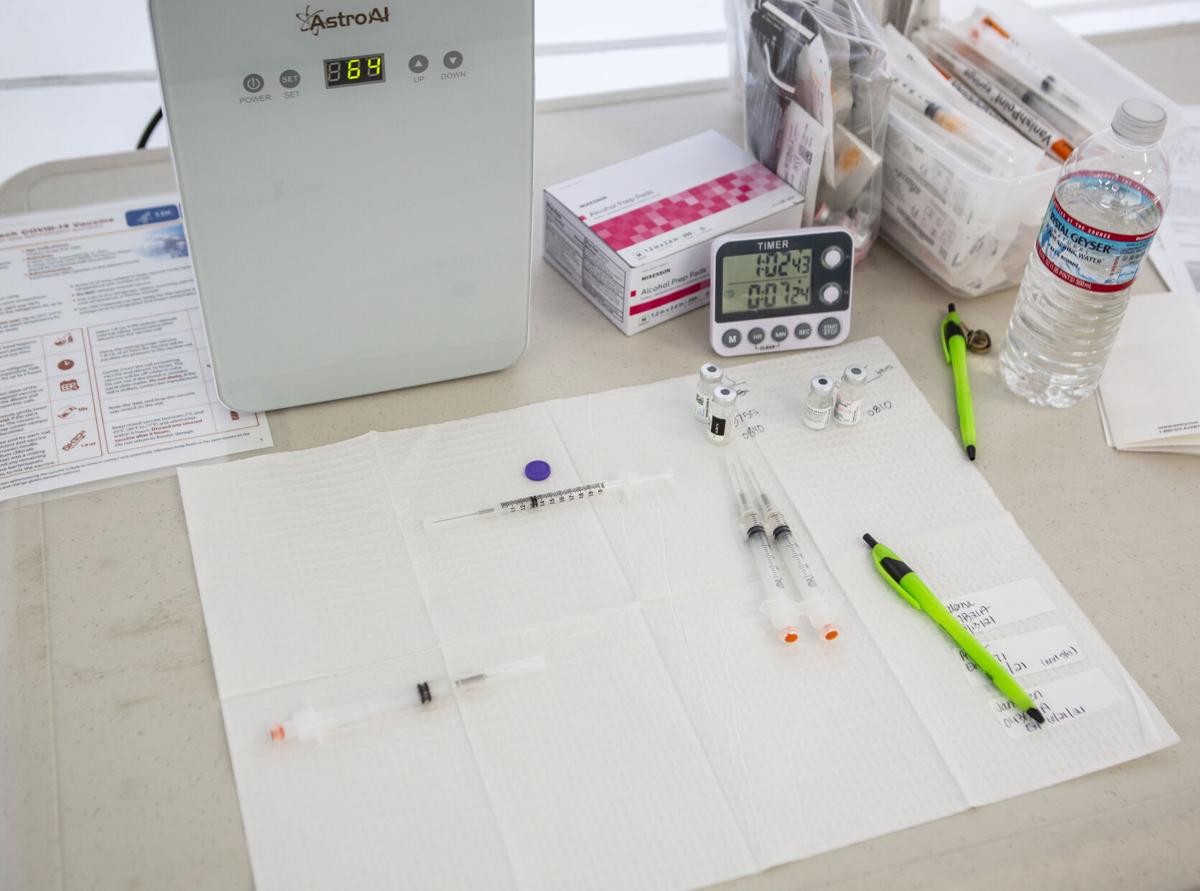 In response to the county’s low vaccine rates, officials recently convened to discuss new ways that they could encourage residents to get a shot. Shafer, who has voiced frustration in the past regarding the politicization of vaccines, volunteered to endorse the shot by having a photo taken of him while getting his second jab.

“I want people to know — don’t be afraid of the vaccine,” he said. “I’m getting it. And one of the things is that the Republican males seem to be one of the worst at getting vaccinated.”

Shafer and Umatilla County Commissioner George Murdock, each of whom are Republicans, decry the political overtones associated with vaccines. They say declining demand for shots alongside rising cases are hindering the county’s progress during the pandemic, and that political division is playing a role.

“At no time in our history has a vaccine been this political,” Shafer said. “And, for the life of me, I can’t figure out why. I don’t know if some people are thinking that it could be because a Democratic governor and a Democratic president are pushing this. But I keep thinking, even President Trump was saying, ‘Get vaccinated. I did.’’’

Murdock says COVID-19 vaccinations “should have nothing to do with political party,” adding, “I would not trust my health to partisan politics.”

Murdock says that he and Commissioner Dan Dorran buck the national trends, saying “it’s not universal.”

“The polling seems to show older Republican men seem to be the group who least likely want to get the vaccination,” Murdock said. “But I’m an absolute contrast to that. I’m old, I’m a Republican and I couldn’t wait to get mine fast enough.”

The notion that Republicans are largely declining vaccines in the county echoes national trends that critics say are driven by right-wing pundits who flout coronavirus precautions as a Democratic effort to undermine the party and impinge on civil liberties.

A recent national poll conducted by Monmouth University found nearly 2 in 5 Republicans said they would avoid getting the vaccine if possible. The findings are similar to a separate survey from Quinnipiac University, which found 45% of Republicans say they don’t plan to get a vaccine.

According to a New York Times survey of nearly every U.S. county, vaccination rates and interest was lower on average in counties where the majority of residents voted to reelect former President Donald J. Trump, leaving some areas with more vaccines than there is demand.

That trend appears to be present in Umatilla County, where voters largely favored Trump and where vaccine rates have long ranked lowest in Oregon, despite reporting some of the highest infection rates in the state in recent months.

And this week, the county health department asked the state to briefly withhold vaccine shipments as demand is rapidly declining.

With case counts rising on average over the past few weeks, the county was moved from moderate risk back to high risk this week, bringing greater restrictions on businesses and gatherings, and raising concerns among officials who say local businesses can’t withstand the constant shifts.

Officials say newly reported cases are coming almost entirely from residents who have yet to be vaccinated.

“I think it’s frustrating to me that I get calls over and over and over again from people who want us to open up the county, open up large events, and have us start moving back to where we were,” Murdock said. “But we can’t order people to get vaccinated. It’s such a contradiction to hear all day, every day, from people that want us to go a certain direction, there’s a path to go there, and they don’t want to go down it.”

“We hear nationally that the Republican white man is the least likely to be getting the COVID vaccination right now,” he said. “And we know we have a decent sized population of white Republican men in this county. And so the assumption I make is there’s probably something there.”

However, Fiumara noted that some Hispanic and Latino residents, as well as people from some religious groups, are also hesitant to get vaccinated.

To combat this, Fiumara said county health officials are working to create new ways to inform specific groups about the importance, safety and efficacy of vaccines, though he didn’t provide specifics.

For the commissioners and Fiumara, what is “mind-boggling” is the vaccine is now seeing reluctance from Republicans when it was, in fact, designed under a Republican administration.

With Operation Warp Speed, an effort that saw vaccines developed at an unprecedented rate with billions of dollars from the Trump administration, the former president repeatedly said vaccines would be the solution to the pandemic and took credit when they were cleared for use in November 2020.

The Biden administration, however, promptly took steps to hasten the rollout after the election and drove the development of the Johnson & Johnson vaccine, which has reached nearly 7 million Americans despite being paused briefly after six women reported blood clots. The vaccine has now been cleared by the Food and Drug Administration with a warning label noting the potential for rare blood clots.

“This really isn’t about Republican or Democrat, this is not a control move, this is not many of these conspiracy theory items that are fun and off-the-wall sometimes,” Fiumara said. “It’s much more straightforward. It’s about protecting yourself and protecting those around you, because they’re the ones who end up suffering if something goes wrong.”

By getting vaccinated and speaking out about vaccinations, Shafer said he’s looking to shift the stigma with some hopes the county can make progress toward reopening in time for summer events.

“I want our county to be open,” he said. “I don’t want any restrictions in place because of our numbers. And the way to do that is the vaccine.”

Fiumara said despite the county’s low vaccination rates, he’s optimistic that more and more people will get vaccinated as the rollout continues. Even now, he said health officials are seeing people change their minds.

“I think people are recognizing that this is our path out of here,” he said. “People who were more on the fence aren’t so on the fence now that millions and millions across the country are receiving it with very low side effects or down side.”