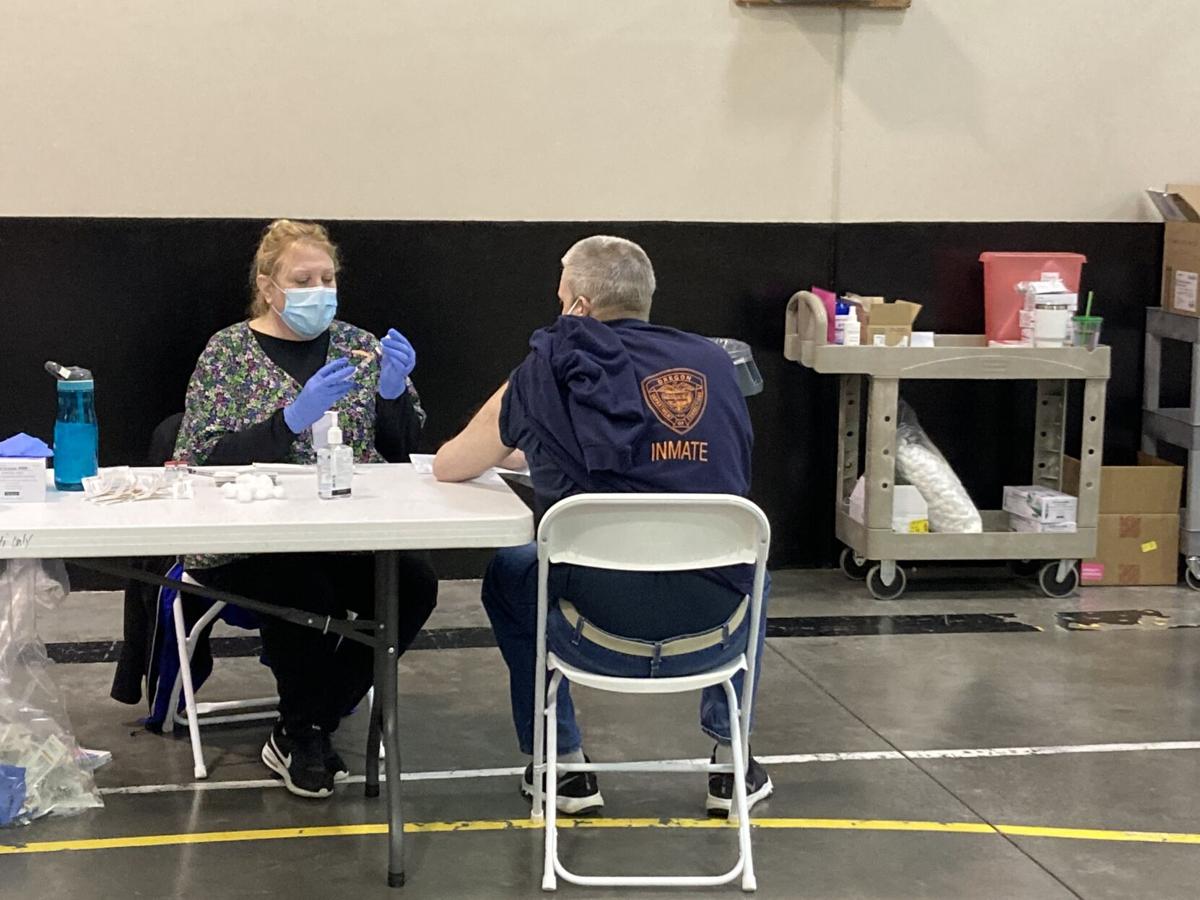 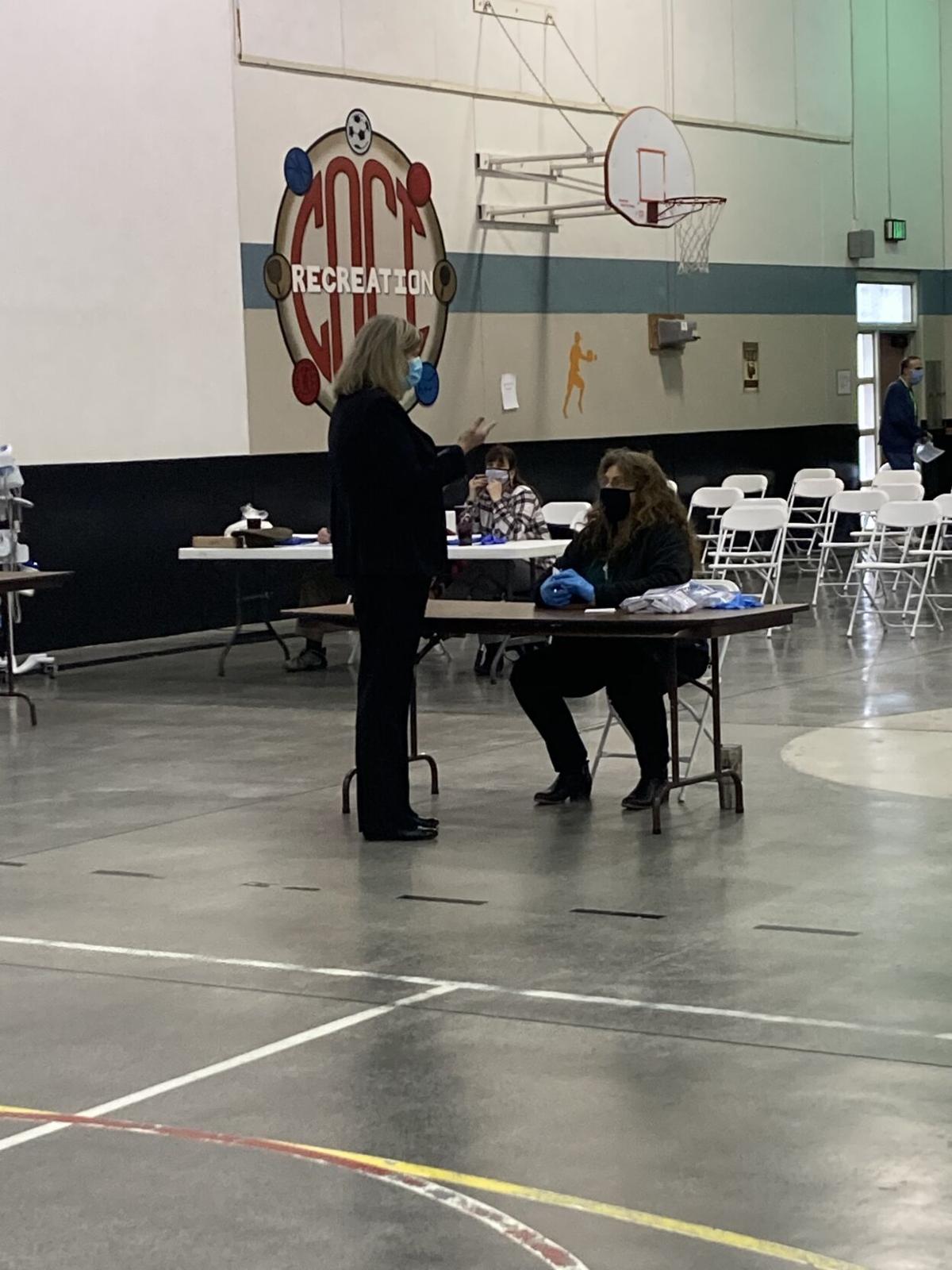 EOCI Superintendent Sue Washburn speaks with Health Services Executive Support Specialist Annette Skillman while they wait for the next round of AICs to arrive for vaccinations. 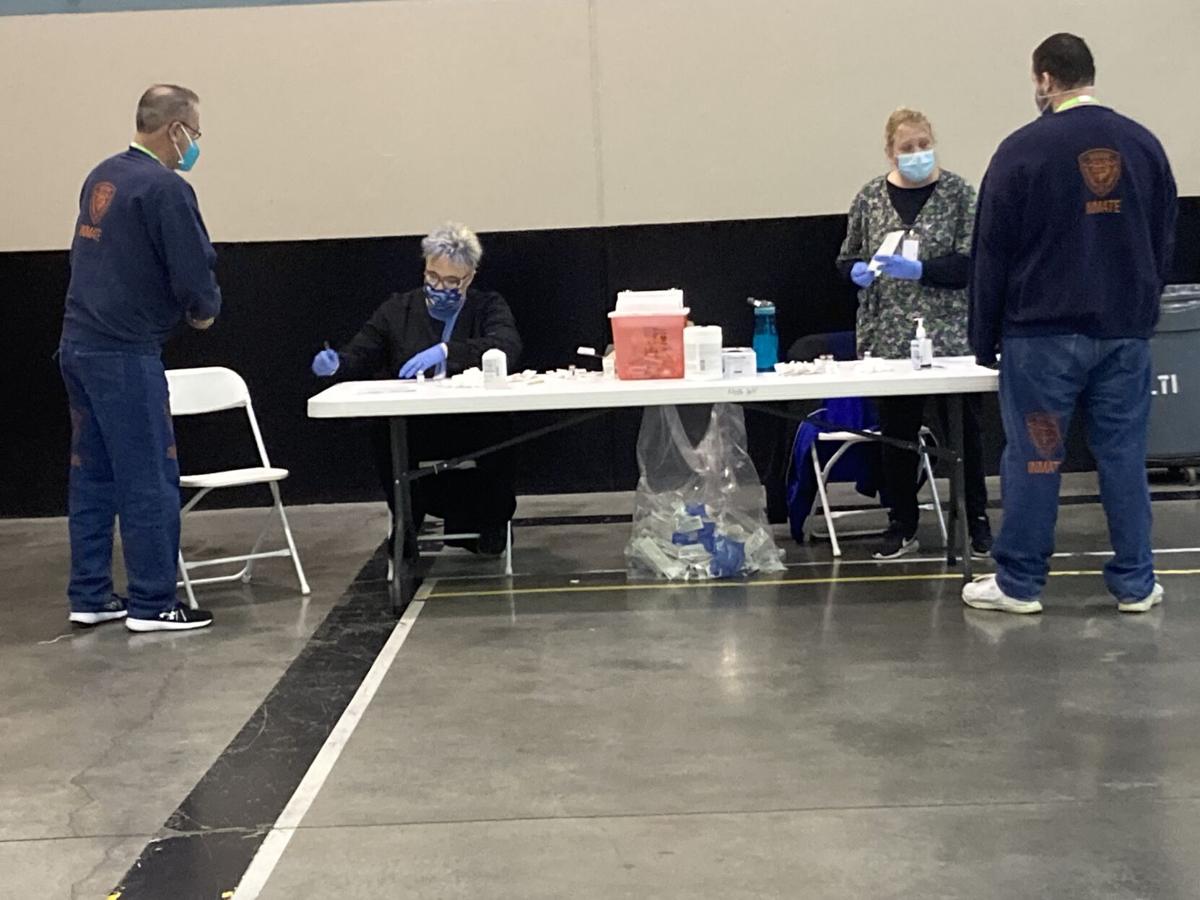 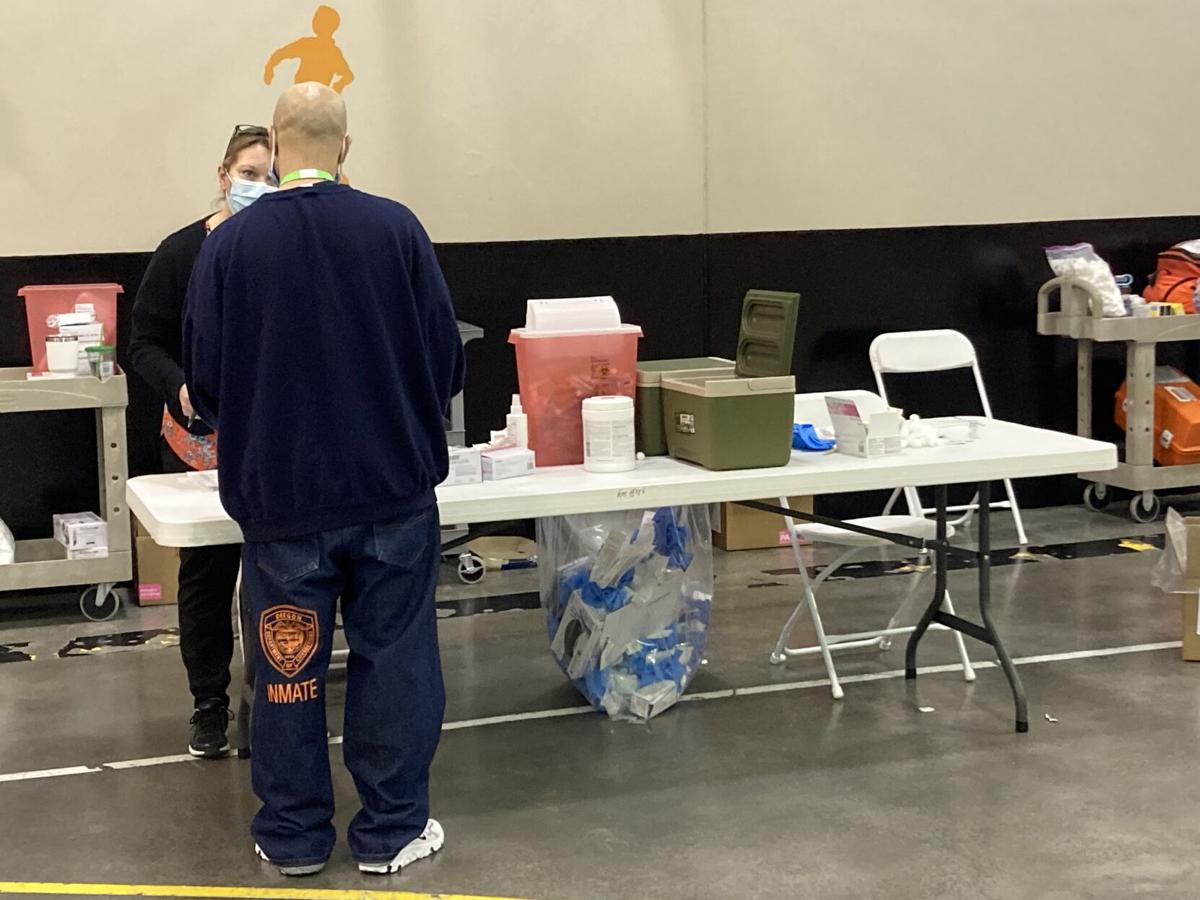 Registered nurse April Stills works with an AIC prior to his vaccination.

EOCI Superintendent Sue Washburn speaks with Health Services Executive Support Specialist Annette Skillman while they wait for the next round of AICs to arrive for vaccinations.

Registered nurse April Stills works with an AIC prior to his vaccination.

UMATILLA COUNTY — Umatilla County prisons have started the process of offering COVID-19 vaccines to all adults in custody after receiving around 670 doses from the state this week, according to prison officials.

Ron Miles, the supervising executive assistant for EOCI, said in an email that the prison is expecting to receive 670 more doses on Tuesday, Feb. 16. The prison expects to finish offering the vaccine to all inmates by Friday, Feb. 19, “barring a weather emergency or other delivery problem,” he said.

Miles said it’s difficult to tell how many inmates will elect to be vaccinated, but added “it appears more AICs are interested than not.”

Linda Simon, a public information officer from TRCI, said in an email the prison also expects to receive more vaccines on Feb. 9, but it’s unclear how many doses will be shipped.

Simon said that many inmates at TRCI are interested in getting the vaccine.

“The TRCI staff are working well together with great collaboration with all departments to get this done in the most efficient manner without much disruption to the operations,” Simon said.

The new vaccines come after a federal judge earlier this month ordered the state to immediately begin offering the vaccine to the state’s 11,000 inmates. The order came during a larger case from a group of inmates who criticized state officials and Gov. Kate Brown for their response to COVID-19 outbreaks in Oregon prisons, saying the state has violated the U.S. Constitution.

In the past two months, COVID-19 cases surged throughout the state’s prison system, with more than 1,900 new cases reported among adults in custody through December 2020 and January. In the first eight months of the pandemic, 1,400 cases were reported in Oregon prisons.

Twenty inmates with COVID-19 died in January alone, with 15 of those reported at TRCI in Umatilla.

The two Umatilla County prisons have experienced some of the largest COVID-19 outbreaks in the state.

Since the pandemic began, TRCI has reported 755 COVID-19 cases among the inmate population, the most in the state. Most of those cases have been reported since Dec. 10, 2020, when the virus began to spread rapidly throughout the prison during a power outage. Since then, 650 inmates at TRCI have tested positive for the virus.

And at EOCI, 458 inmates have tested positive, the third highest total in the state.

SALEM — Starting Wednesday, Feb. 10, the Oregon Department of Corrections will begin vaccinating 5,000 inmates across the state. The most vuln…