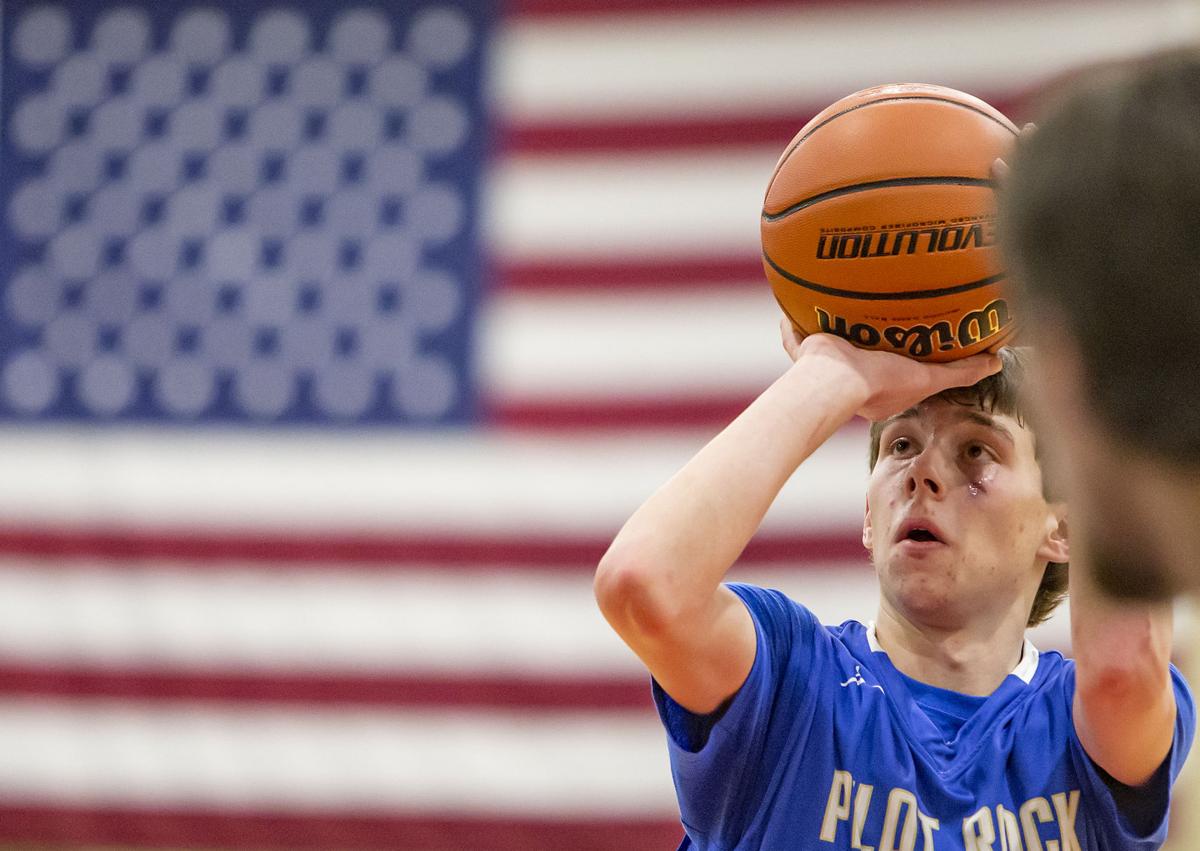 Pilot Rock’s Tel Thacker (31) eyes the basket as he prepares to shoot a free throw during the second half against Grant Union. The Rockets defeated the Prospectors 68-40 at the Pendleton Convention Center on Feb. 22, 2020, to win the Blue Mountain Conference district tournament title. 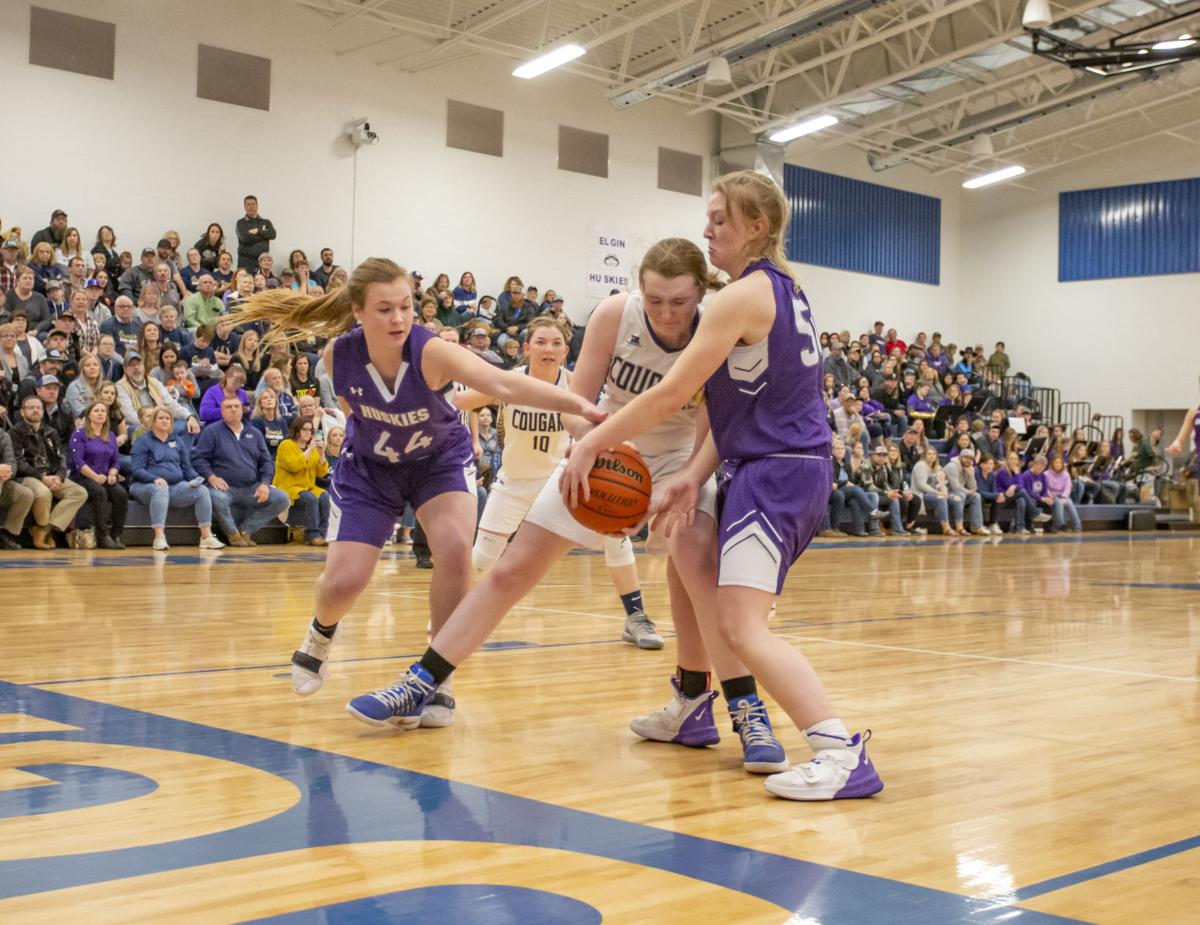 The Echo Cougars defeated the Elgin Huskies 49-36 in the first round of the OSAA 1A Basketball State Championship in Echo on Feb. 25, 2020. 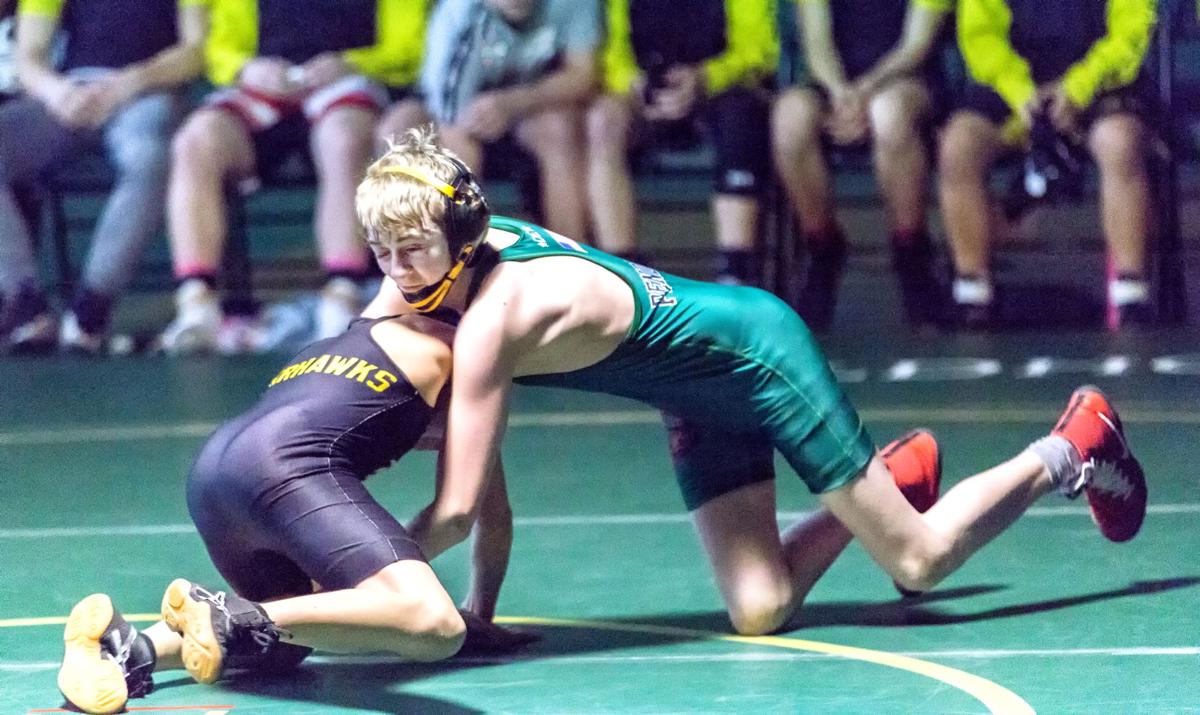 Pilot Rock’s Tel Thacker (31) eyes the basket as he prepares to shoot a free throw during the second half against Grant Union. The Rockets defeated the Prospectors 68-40 at the Pendleton Convention Center on Feb. 22, 2020, to win the Blue Mountain Conference district tournament title.

The Echo Cougars defeated the Elgin Huskies 49-36 in the first round of the OSAA 1A Basketball State Championship in Echo on Feb. 25, 2020.

SALEM — After a hiatus of more than nine months, organized high school sports in Oregon are set to resume Dec. 28 with a season for traditional winter sports.

Earlier this fall the Oregon School Activities Association (OSAA) set Dec. 28 as the date schools could start practices for basketball, wrestling and swimming.

The first interschool competitions are slated to start Jan. 11, 2021.

But the Oregon Health Authority (OHA) considers both basketball and wrestling “full-contact” sports, and with COVID-19 cases surging in most parts of the state, athletes in those sports can’t even have regular practices.

OSAA’s executive board is scheduled to meet Dec. 7 to decide how to proceed with the winter season.

“The fact that the student athletes can’t be basically in contact with each other, until that ban is lifted the effect will basically be that there’s no possibility to do those sports as they normally would be,” said Buell Gonzales Jr., athletic director for the Baker School District.

“I think clarity is what everyone is needing right now, it’s just the uncertainty we are all in,” Somnis said. “Are we going to play? How is this going to work? We have a plan in place on (Dec.) 28th, and starting games on (Jan.) 11th, but some of the restrictions in place will allow us to get to that point.”

Stanfield Athletic Director Daniel Sharp feels that the OSAA should be doing more.

“I don’t think they (OSAA) are doing a whole lot with anything, I think they are taking their marching orders from the health authorities and the governor’s office,” Sharp said. “I think people are ready to adjust and make it happen. It’s just kind of those regulations and the fear of schools hosting and being sued.”

Starting in September, OSAA allowed schools to have a series of three “mini-sessions.” Each monthlong session allowed practices, and some unofficial interschool contests, starting with traditional spring sports, followed by fall sports and finally winter sports. The mini-session for winter sports started Nov. 17 and continues through Dec. 18, although practices are on hold during the two-week statewide “freeze” that continues through at least Dec. 2.

“It’s been good, we’ve been making sure we’ve been following safety procedures in practices,” Goodman said.

His feelings were echoed by Athena-Weston Athletic Director Shawn White.

“We’ve just been having practices with what’s allowable,” White said on Nov. 12.

Jason Crenshaw, athletic director at Joseph High School, said he and his colleagues have had to learn to adjust, and to not expect any schedule to happen without changes.

“It’s hard to plan your year, we (athletic directors) have to plan ahead and it’s really hard to anticipate what would happen with this pandemic,” Crenshaw said. “You have to plan like it’s not going to be there when you get to that point.”

White said he sympathizes with athletes who have been waiting so long to compete, and now might be deprived of a winter sports season.

“They just want to have a season, and they are obviously in the same boat as everybody else is,” White said. “We are just wondering what can they do.”

In the meantime, Goodman said he focuses on the activities that are allowed.

“We are going to do whatever it is that we can do; conditioning, skill work, things that you are allowed to do,” he said.

Gonzales said he is preparing to move ahead with a winter sports season if the OSAA executive board makes that decision during its Dec. 7 meeting.

“We will do everything we can within the guidelines,” he said. “It’s been super frustrating for our kids and families to have to go through this. The district, athletic department and the coaches have done a really good job of offering opportunities for the kids.”

Somnis intends to reassess the scenario at Pendleton High School as soon as the OSAA executive board has made a decision.

“Whatever comes out of that meeting, we will have to assess where we are at and where we are going to be, and what our ability to actually play not only season two and into season three and season four,” Somnis said. “We will be very proactive making sure the kids have an outlet in some form or other.”