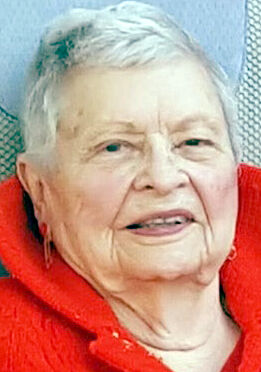 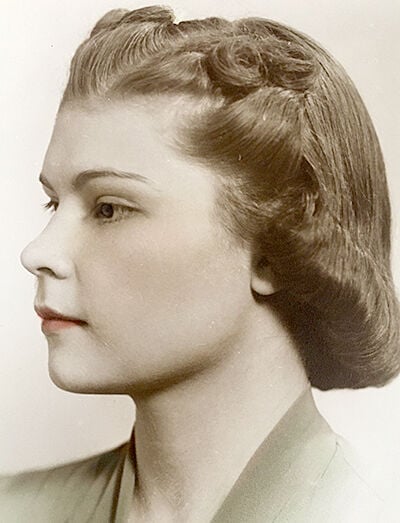 To plant a tree in memory of Obit: Burns as a living tribute, please visit Tribute Store.
1 of 2

Her love for sports came to her naturally as she watched her father play semi-pro baseball. As a family, they also camped by and fished the many beautiful rivers and lakes in Colorado. She enjoyed speaking to us about playing basketball during her school years. She played on the varsity team starting as a freshman, and loved every minute of it.

She met her future husband, Bruce, in Idaho Springs, Colorado. When they decided to marry, Bruce had enlisted in the Army. Ila Mae joined him, traveling alone from her small home town to Connecticut to be married on October 2, 1943, in the chapel on the campus of Yale University. Bruce was in an accelerated Army engineering program. They both remembered dancing and listening to Glen Miller and his band’s several performances. Bruce was soon sent to active duty in Europe and WWII. During his service time, Ila Mae and her parents worked in Tennessee supporting the war effort there.

Ila Mae, Bruce, and their young son David moved to Pendleton in 1949, along with many new-to-Pendleton educators. It was a fun group of young professionals who became a very important part of Pendleton. This group became known as the ‘49ers and were involved in every aspect of the community.

She encouraged all of her children to participate in a wide range of activities, and attended every event to support them. Her own family enjoyed the outdoors and fishing.

She and Bruce owned a small business, The Popcorn Wagon, for several years. The food truck was parked at the swimming pool (which is now the ice-skating rink), on Main Street, and at many events in Pendleton. They also helped start the Teacher’s Credit Union, the office of which was in their basement. Business was conducted seven days a week, and the children still remember folding quarterly statements together.

The family is grateful to Lorena and Vanessa (home care); Richard and the Hospice team; and Terry, Sandy, Amber and Mackenzie of Sunridge Adult Care, for their compassionate care of Mom.

An informal gathering of close friends and family will be held at Pendleton Pioneer Chapel, Folsom-Bishop, on Saturday, March 6 at 10 a.m. Viewing will be at 9:45 a.m. Burial will be at 10:30 a.m. at Olney Cemetery. Masks and social distancing will be required.

Memorial donations may be made to Shriners Children’s Hospital, or Pendleton Foundation Trust.