EO file photo Nearly one-third of the 25,000-acre Boardman Tree Farm is being sold to the Willow Creek Dairy. 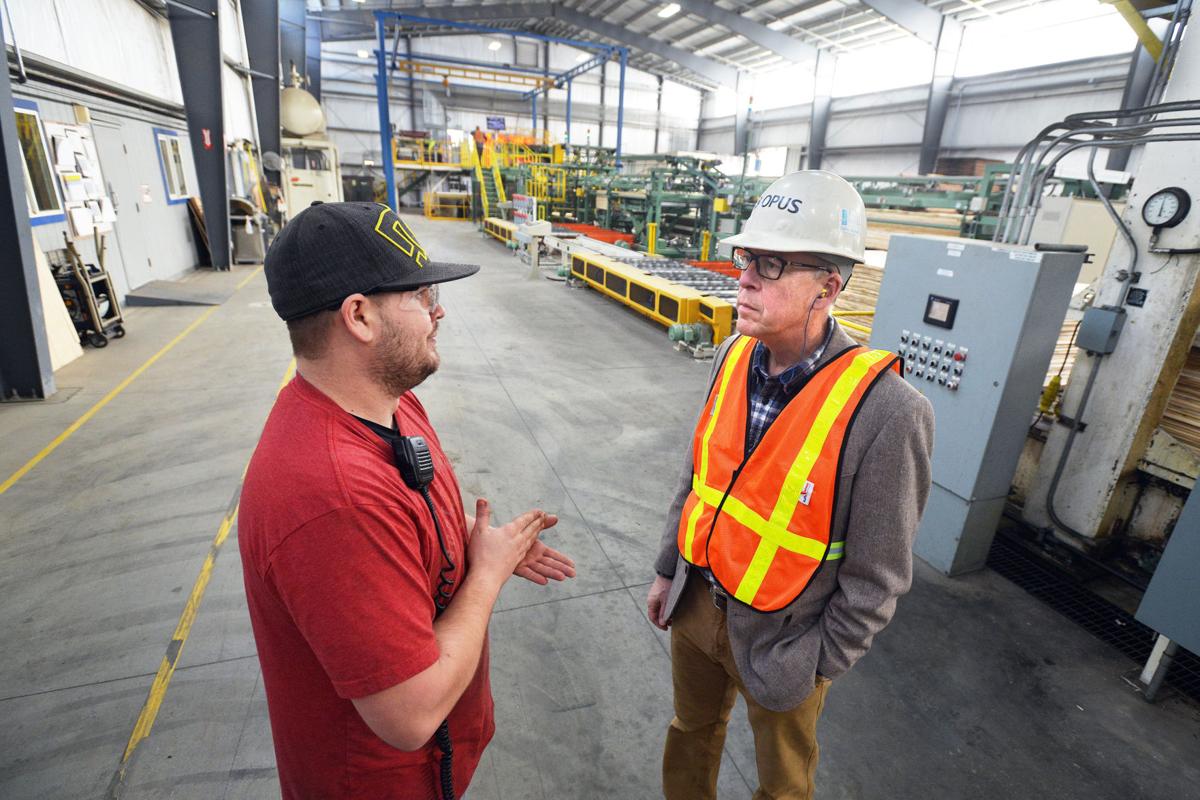 EO file photo Nearly one-third of the 25,000-acre Boardman Tree Farm is being sold to the Willow Creek Dairy.

The trees are coming down.

AgriNorthwest, a farm operator based in the Tri-Cities, has entered into an agreement to buy the Boardman Tree Farm from GreenWood Resources.

Part of the 25,000-acre tree farm already sold to a local dairy that will raise approximately 8,000 cows south of Homestead Lane. The rest will now go to AgriNorthwest, which farms mostly potatoes and other irrigated crops.

The deal is expected to close soon. Terms were not disclosed.

In the meantime, GreenWood Resources will continue to harvest what trees are left under a leaseback agreement. The Collins Companies operates a sawmill at the tree farm, and Columbia Forest Products runs a veneer mill that helps make decorative plywood.

Logs are also sold for pulp and biofuel. ZeaChem, a company located at the nearby Port of Morrow, used sawdust from the tree farm to make ethanol.

The tree farm has also hosted “A Very Poplar Run” since 2011, with 5K and 10K races to benefit the Agape House in Hermiston. Don Rice, director of North American operations for GreenWood Resources, said the decision to sell the property has been met with mixed emotions.

“It has become a community feature,” Rice said. “We have a lot of photographers who come out, especially in the fall, to take pictures.”

The Boardman Tree Farm spans six miles along Interstate 84, and another 13 miles south of the highway. It includes roughly 6 million hybrid poplar trees that can grow to more than 100 feet tall. The trees are harvested in 12-year cycles.

It could take years to finish milling all the remaining trees, Rice said, depending on the market conditions. He is hopeful GreenWood Resources can continue to provide trees from its other locations to keep the local sawmill and veneer mill operating. Together, those businesses employ about 100 people.

The tree farm itself has 20 employees, along with another 50-60 contractors. Rice said they were not actively marketing the property, but AgriNorthwest approached them about acquiring the land.

“We believe they made a fair offer,” he said.

Prior to becoming a tree farm, the area was used for agriculture. The trees came in 1990, and GreenWood Resources bought the property in 2007. But Rice said they won’t be planting again in spring.

“Things change over time,” he said. “This will continue to be a valuable asset to the community and economy.”

Todd Jones, president of AgriNorthwest, said the company has been farming in the Columbia Basin for more than 50 years and is looking forward to adding the Boardman property to its operations.

In December, GreenWood announced it sold roughly one-third of the tree farm — 7,288 acres — to Willow Creek Dairy, which was established in 2002 on land leased by Threemile Canyon Farms located on the other side of the Boardman Bombing Range. That sale closed for $65 million.

The dairy will now be located along the southern boundary of the tree farm, near the Finley Buttes Landfill. AgriNorthwest’s fields will be located more closely to the highway, which marks the property’s northern boundary.