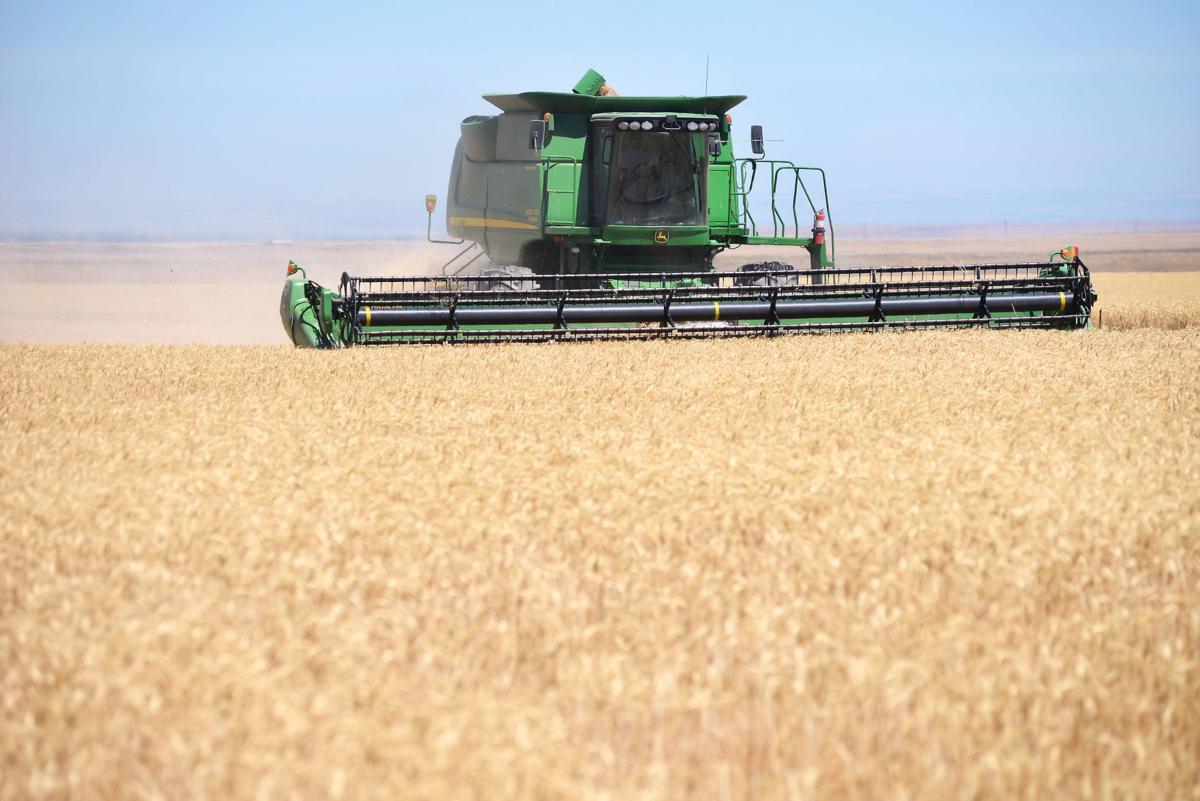 Wheat is harvested near Lexington. Blake Rowe, head of the Oregon Wheat Commission and Oregon Wheat Growers League, is retiring. 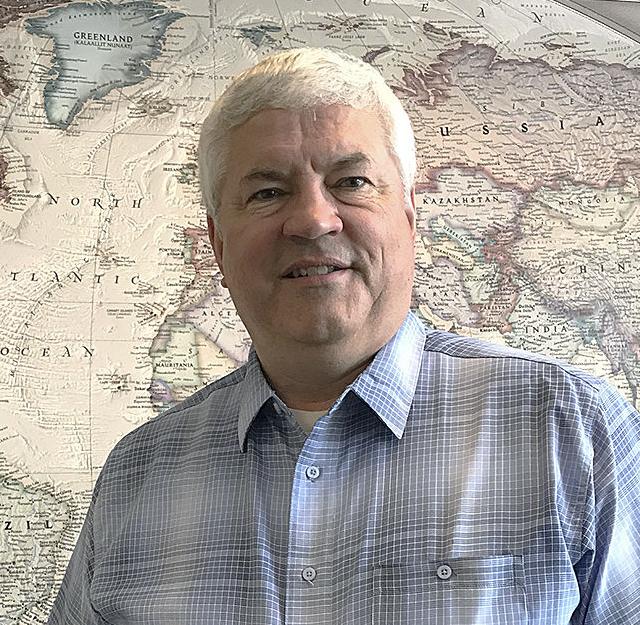 Scientists at Oregon State University confirmed the presence of genetically modified wheat in a northeast Oregon field in 2013, sending shock waves through the region and to customers abroad. Japan, South Korea and Taiwan all temporarily suspended imports of soft white wheat from the Pacific Northwest, just as farmers were readying for summer harvest.

Monsanto Co. originally developed and tested a variety of glyphosate-resistant wheat between 1998 and 2005, though it was never approved for commercial planting. As joint CEO of the Oregon Wheat Commission and Oregon Wheat Growers League, Rowe was caught in the middle, working with anxious growers and USDA investigators.

“We were sort of stumbling around in the dark,” Rowe remembers. “Nobody had ever been through this before.”

Rowe, 63, announced earlier this year he plans to retire, stepping away from the everyday pressures of the job. The organizations announced Sept. 19 they are searching for a replacement.

Since joining Oregon Wheat in 2011, Rowe has negotiated facets of federal farm bills, appropriations and environmental policy on behalf of 1,311 wheat growers statewide.

Under his leadership, the groups went to bat to secure funding for the Columbia Plateau Conservation Research Center in Pendleton, and navigated costly wildfires in 2018 that burned tens of thousands of acres of cropland in Sherman and Wasco counties.

But perhaps no single issue had as much at stake as the first discovery of GMO wheat.

Oregon exports more than 85% of its wheat crop, with Japan as the biggest customer. The majority, about 90%, is soft white wheat — a low-protein variety ideal for making noodles, cakes and crackers.

During the GMO scare, Rowe helped facilitate a government-to-government meeting between the USDA and Japan’s Ministry of Agriculture, Forestry and Fisheries, which was critical to resuming shipments.

“That opened up a line of communication,” Rowe said. “The USDA took that very seriously.”

While the Animal and Plant Health Inspection Service never determined how or why GMO wheat made it into the field, the agency was able to ensure it did not enter the supply chain. Without swift and careful action, Rowe said the fallout could have been much worse than it was.

“We were front and center,” Rowe said. “Those first few days were a little intense.”

Before he pivoted to wheat, Rowe spent the majority of his career working in forest products in Longview, Washington. He spent 25 years in the timberlands division for Longview Fibre Co., and 2½ years as president of Longview Timber.

Though he admittedly did not know much about wheat when he joined the Oregon Wheat Commission and Oregon Wheat Growers League, Rowe said he had ample experience in business management, marketing products to the Pacific Rim and lobbying on key environmental policies such as the Clean Water Act and Clean Air Act.

“The fact that I didn’t know wheat wasn’t as much of an issue,” Rowe said.

Like Rowe, the next industry CEO will be in charge of leading both organizations as a single, full-time position.

The Oregon Wheat Commission, established in 1947, is an eight-member board that funds research projects, marketing and education programs, collecting a 5 cent-per-bushel assessment from growers across the state.

The Oregon Wheat Growers League, on the other hand, is a nonprofit trade group founded in 1926 that conducts policy work at the state and federal level.

Applications for the job are due Oct. 20. Rowe said he has not set a final date yet for his retirement, but believes they could have a candidate hired by the end of January.

Rowe said the next CEO will have a few major challenges looming on the horizon. At the federal level, the U.S. continues to negotiate a bilateral trade deal with Japan after opting out of the Trans-Pacific Partnership.

Rowe said growers now face tariffs that are 50 cents per bushel higher than their competitors in Australia and Canada, putting them at a competitive disadvantage.

“As that number gets bigger, it only gets harder for us to compete and hold our customers in Japan,” Rowe said. “They like our wheat, and they are faithful, high-paying customers.”

At the state level, Rowe said Oregon is all but certain to reintroduce carbon pricing after the Senate Democrats failed to pass a controversial cap and trade policy during this year’s Legislature. Though the bill exempted agriculture and forestry, Rowe said it would have raised prices for fuel, electricity and natural gas, disproportionately impacting producers.