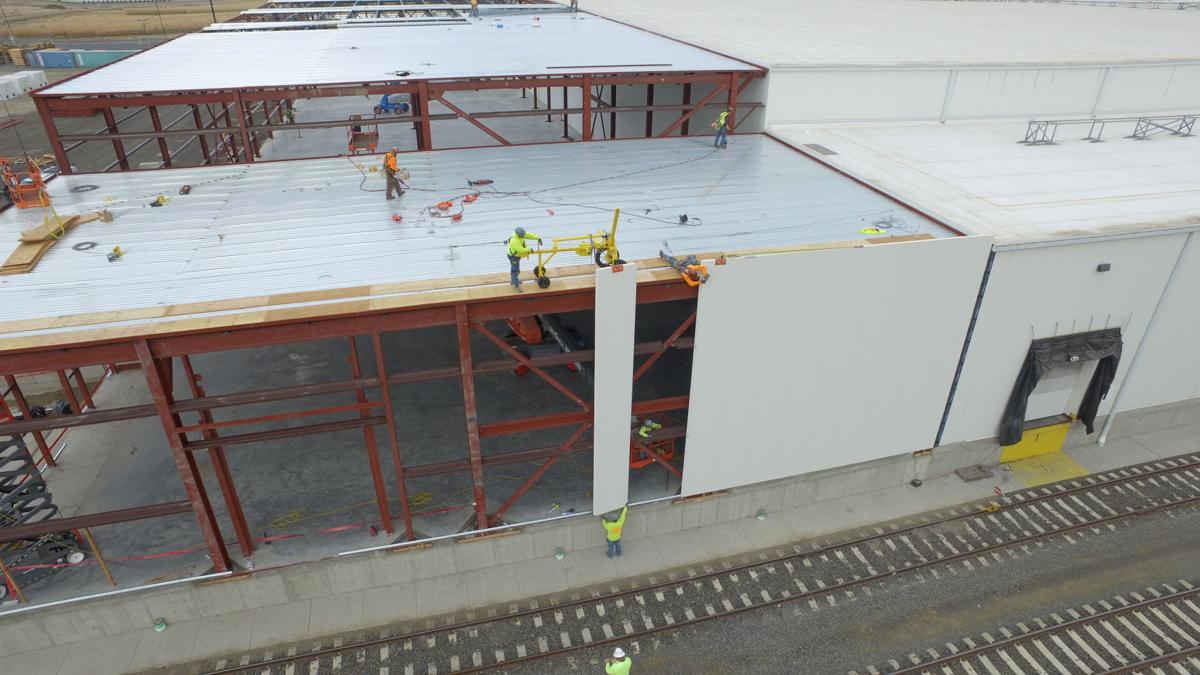 Contractors work on the expansion of the Port of Morrow’s freezer warehouse in 2019. 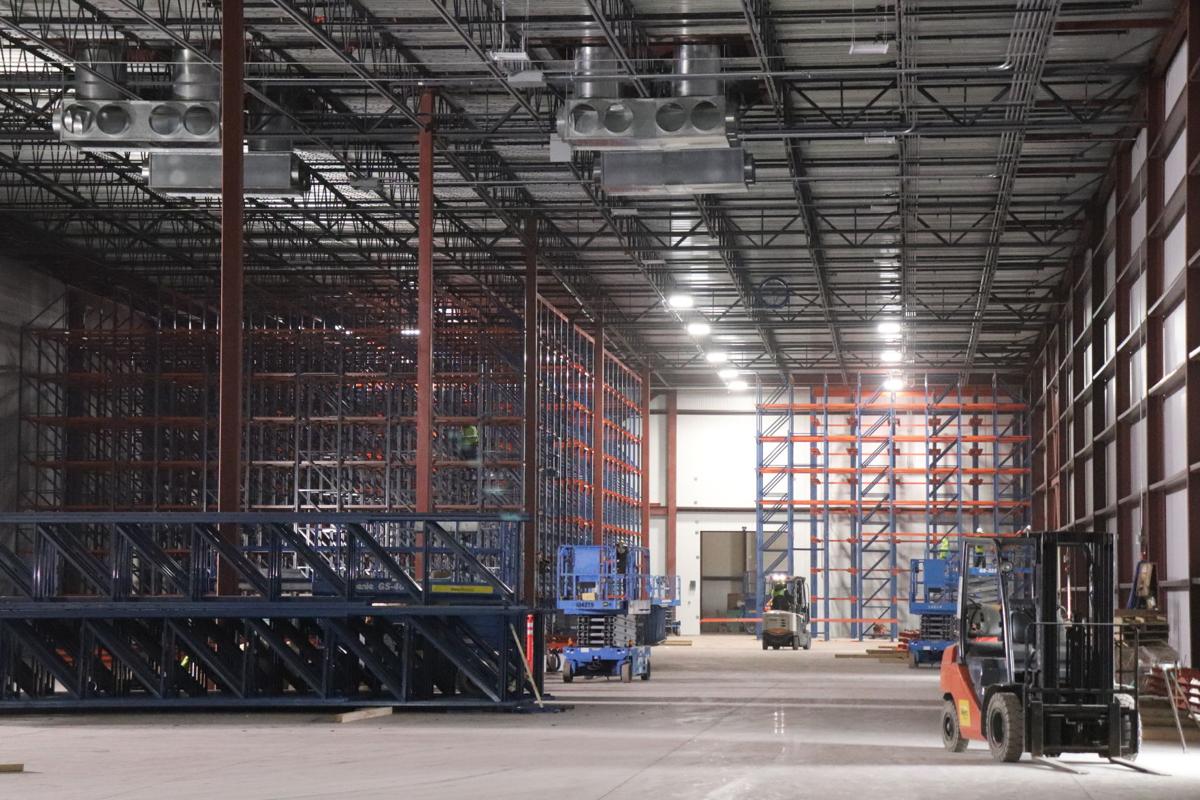 The Port of Morrow expanded its freezer warehouse in 2019, adding a refrigeration section for approximately 10,000 pallets. 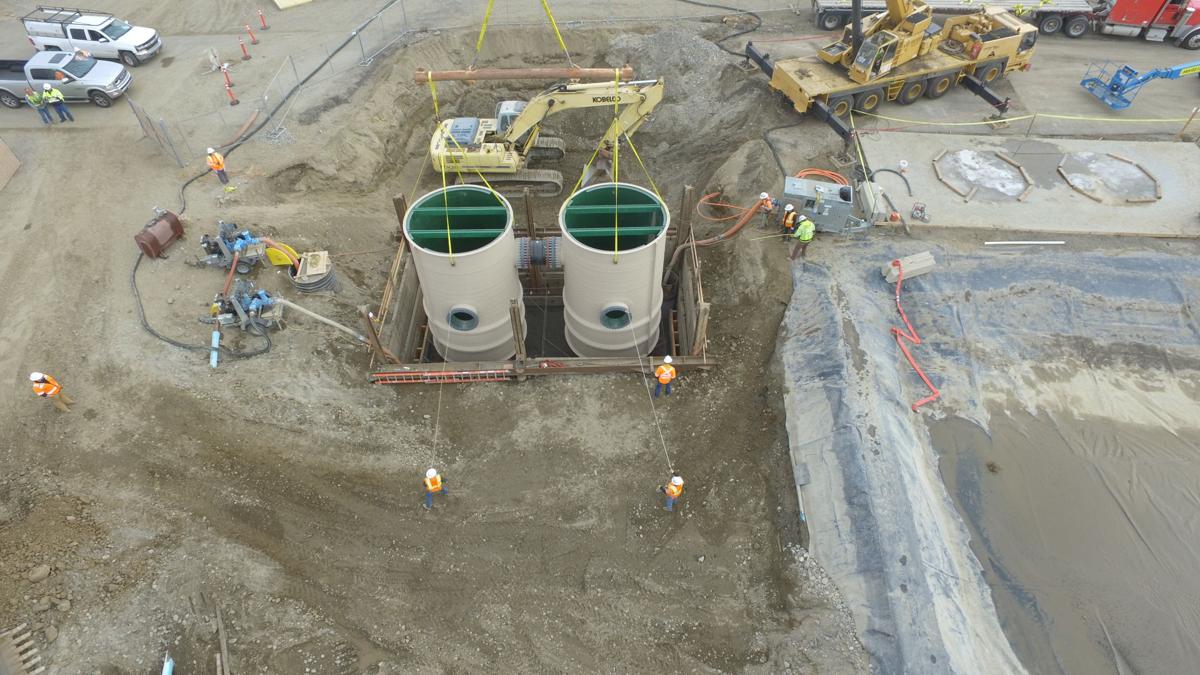 The Port of Morrow made improvements to its wastewater system, including the south lift station and miles of new pipes, in 2019. 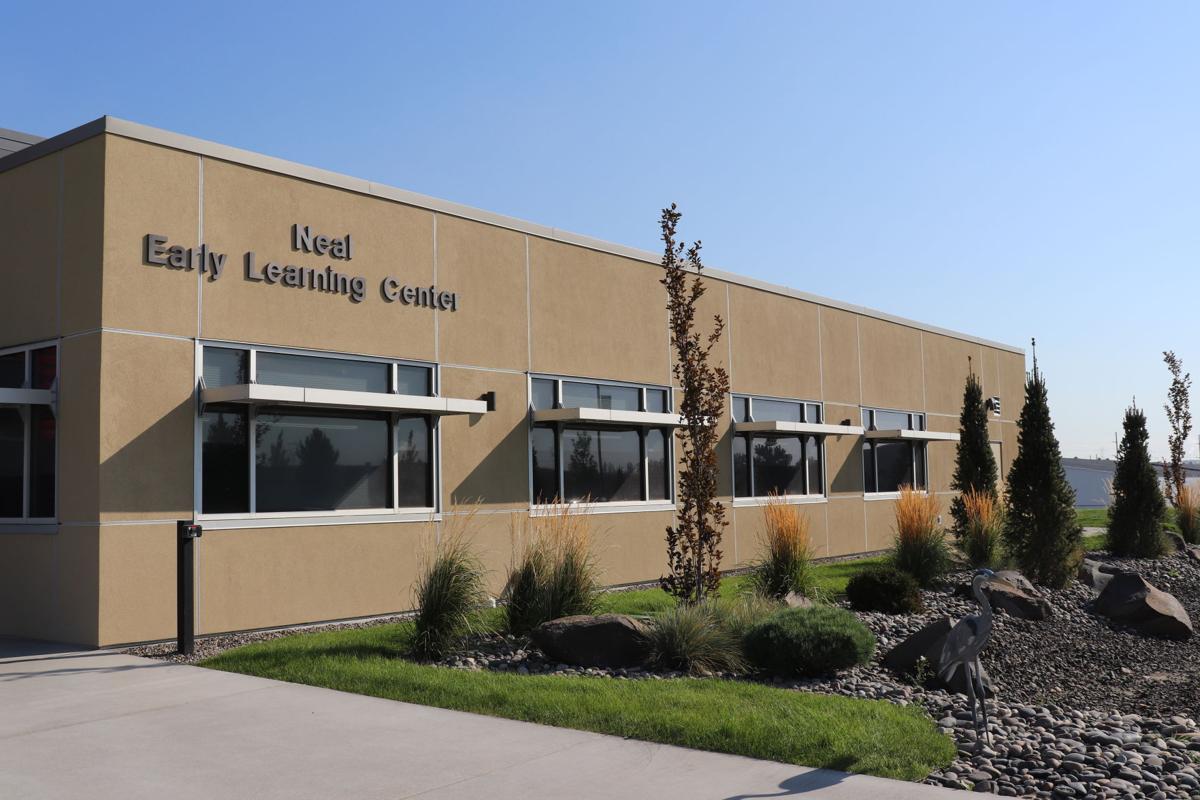 Contractors work on the expansion of the Port of Morrow’s freezer warehouse in 2019.

The Port of Morrow expanded its freezer warehouse in 2019, adding a refrigeration section for approximately 10,000 pallets.

The Port of Morrow made improvements to its wastewater system, including the south lift station and miles of new pipes, in 2019.

BOARDMAN — It was a busy year on many fronts for the Port of Morrow.

The port at Boardman added capacity for water, sewer, cold storage and more in 2019 and heads into 2020 with big plans for rail. Port Manager Ryan Neal said the projects make it easier to draw new employers to the area with the promise that infrastructure to support their project is already in place.

“It’s important to show people a site that shows it really can happen here,” he said. “Before, it took a lot of faith that we would be able to get it done, because we were just looking at fields.”

This year the port added its first well in 15 years, adding 2,300 gallons a minute to its water capacity. It also added an additional 5 miles of pipeline to its wastewater system and a lift station.

Construction got underway this past summer for an expansion of the port’s warehousing facilities. Neal said the expansion adds about 10,000 additional pallet positions at refrigeration temperatures — unique among Eastern Oregon’s dry storage and frozen storage options.

In August, the Port of Morrow got the good news that it had received a Marine Highway Designation from the U.S. Department of Transportation’s Maritime Administration. The designation opens up new opportunities for federal grants for infrastructure improvements.

The port will be using state and federal grant dollars awarded in late 2018 for the Columbia River Barge Terminal Rail Access Project, which will allow the port to offer rail-to-barge shipping capabilities. Initial projects will include 27,000 feet of additional track on East Beach and developing Terminal 1 and Terminal 3 with rail access to the Union Pacific mainline.

The port is part of the Columbia River High, Wide and Heavy Corridor Coalition, which is working to educate shippers with “high, wide and heavy” loads from overseas about the time savings in using the Columbia River instead of their current practice of running loads through Houston, Texas.

Neal said the port is also finalizing an agreement with a solar project that will cover approximately 760 acres near the airport.

Neal continues to participate in the Columbia Development Authority on planning infrastructure for when the U.S. Army transfers the former Umatilla Chemical Depot to the CDA, which will develop parts of the property for industrial use.

“We anticipate sometime in the first half of 2020 that will occur,” he said.

On the workforce side, Neal said the port is putting together an internship program called Columbia Works that will offer college students the chance to intern with the port starting next summer. That opportunity complements the teacher externships and high school internships that are relatively new to the port.

“The high school program has been a huge success,” Neal said.

The Neal Early Learning Center added another 9,000 square feet of classrooms and a multi-purpose room, allowing the center to serve additional children. The center is a collaborative effort between the Port of Morrow, InterMountain Education Service District, the Morrow County School District and Umatilla-Morrow Head Start and stands adjacent to the Blue Mountain Community College’s Workforce Training Center.

Neal said he is encouraged at seeing growth in the housing and commercial sectors in Boardman. Two new hotels are in the works, along with about 20 new homes and additional phases of the Port View Apartments.

“They’ve been a great addition to attract workers,” he said of the apartments.

The Port of Morrow is developing a new strategic plan after they “accomplished most everything on the last one” that was written six years ago.

2019 was Neal’s first full year as general manager for the port after he was tapped in August 2018 to succeed his father, Gary Neal.