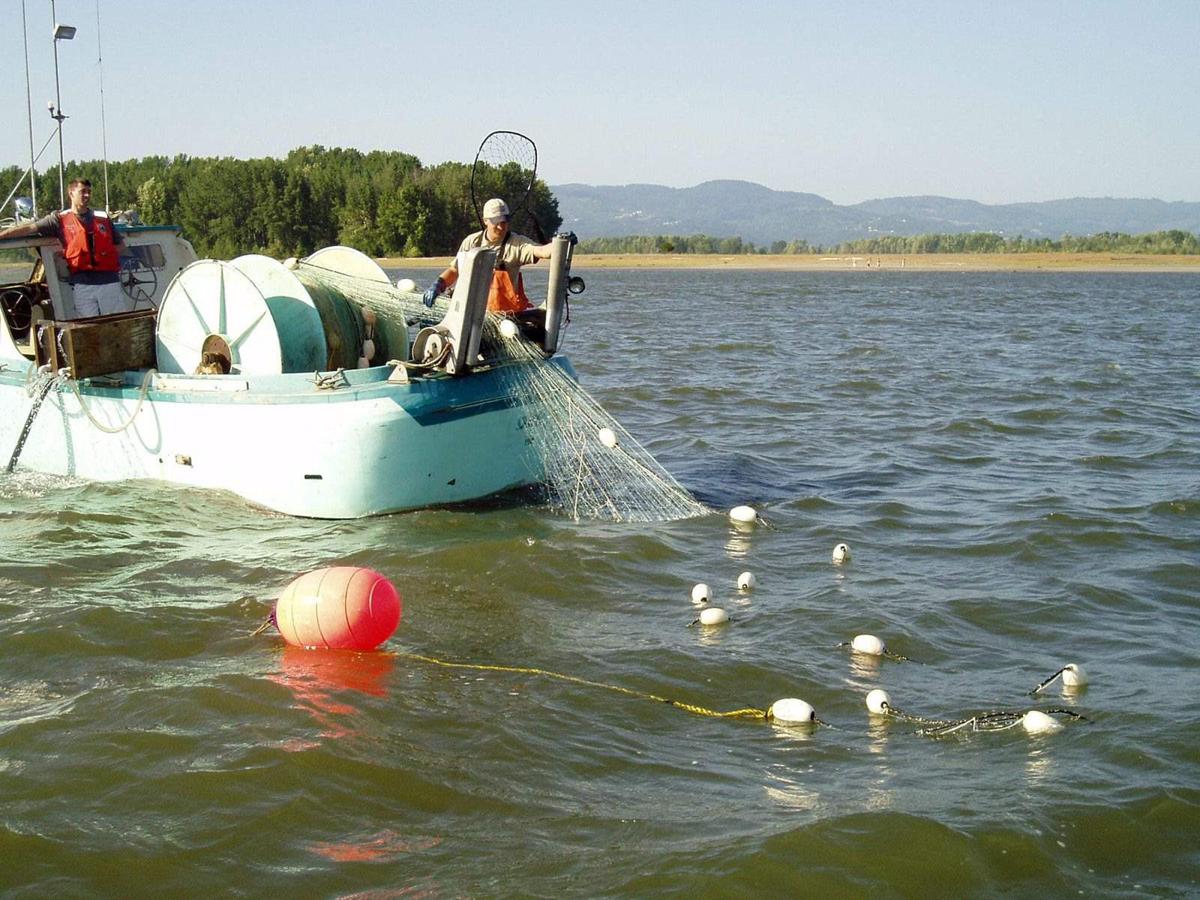 Gillnetters fish the Columbia River. The Oregon Department of Fish and Wildlife Commission Friday backed off a plan to ban gillnetting in the main channel of the lower Columbia River. 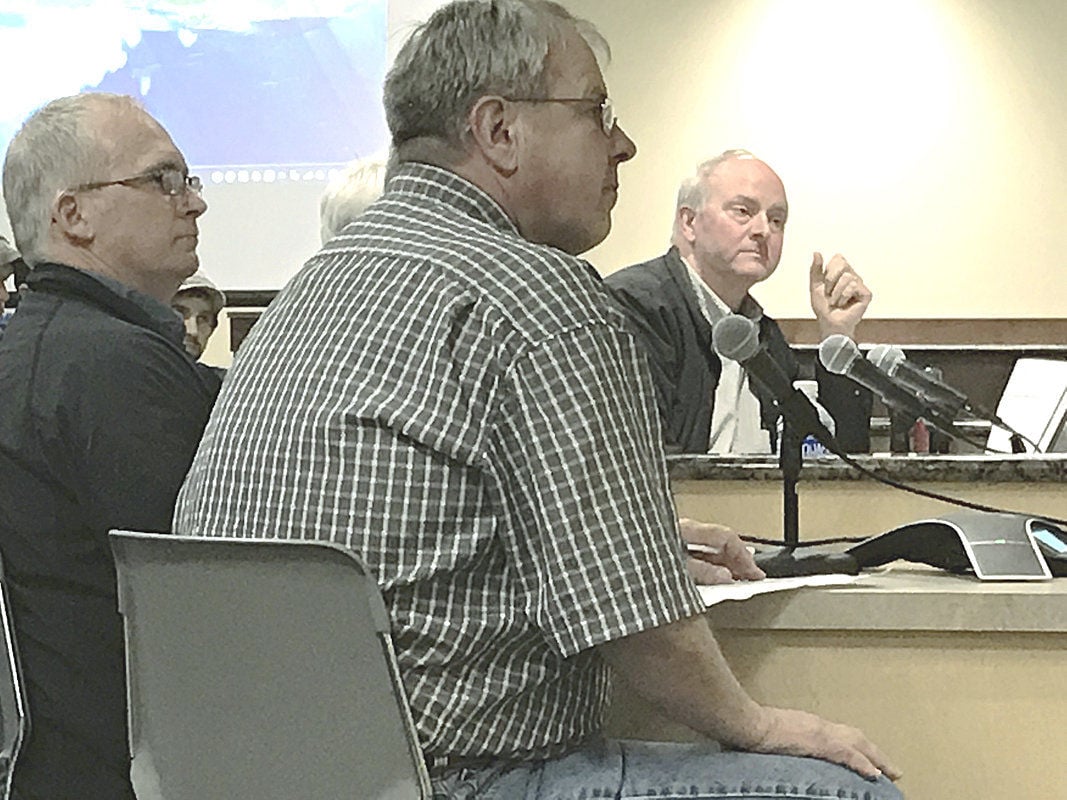 Gillnetters fish the Columbia River. The Oregon Department of Fish and Wildlife Commission Friday backed off a plan to ban gillnetting in the main channel of the lower Columbia River.

SALEM — By a tight 4-3 vote, the Oregon Department of Fish and Wildlife Commission veered away from an outright ban on gillnetting in the main channel of the lower Columbia River and set the state at odds with neighboring Washington on how to manage protected salmon and steelhead.

The commission heard more than six hours of staff reports and strikingly discordant testimony from commercial gillnetters and recreational anglers, who have argued for years over who gets to catch how much of seasonal salmon runs, and what methods they may use.

On Friday, the commercial fishery won the day, their case made by a parade of gritty Astoria gillnetters who spoke of generational ties, community businesses and family fortunes at risk if they were no longer able to make a living.

The ODFW commission had previously appeared more likely to continue phasing out gillnets in the river’s main channel, a move long favored by the sports fleet, the recreational anglers and guides who hit the river with line and hook. Washington and Oregon agreed to such a plan, set in motion in 2012 by then Gov. John Kitzhaber.

Instead, the commissioners approved an “enhanced” rebalancing plan, one of six options analyzed by ODFW staff. Highlights of the plan include:

• Recreational anglers are allowed to account for 80 percent of the spring and summer Chinook, the wild fish protected under the Endangered Species Act. Commercial anglers will get 20 percent of what is called the “ESA impact” and will be allowed to fish the main stem with tangle nets.

• The harvest of fall Chinook would be split 66 percent recreational, 34 percent commercial, with main stem gillnetting allowed in Zones 4 and 5 and Coho tangle nets in Zones 1,2 and 3.

• Anglers can use barbed hooks in the Willamette River.

• The Youngs Bay control zone will continue to be closed to sports fishing.

Gillnetters had offered their own plan that would have given them a greater share of salmon. Steve Fick, owner of Fishhawk Fisheries in Astoria, said he wasn’t disappointed in the commission’s action.

“When everybody’s a little unhappy, it’s probably a reasonable decision,” he said.

Recreational anglers maintain that gillnetting takes fish indiscriminately, with no way to differentiate between wild fish and hatchery fish, for example. They argue that gillnetting should be relegated to the river’s side channels and say the sports fleet has a much bigger economic impact.

“We fill the hotels to bursting in Astoria,” said Liz Hamilton, executive director of the Northwest Sportsfishing Industry Association.

During Friday’s hearing, recreational anglers the commission shouldn’t vary from the path set by Kitzhaber and the “concurrent management” agreement between Oregon and Washington. “A deal is a deal,” one man testified.

Earlier this month, the Washington Department of Fish and Wildlife Commission voted to remove gillnetting from the main channel in two years and increasing recreational anglers’ share of fall, spring and summer chinook.

Oregon chose a different route. Fick, of Fishhawk Fisheries, shrugged off the split between the states. If necessary, he said, there is technology to “draw and management line down the river” and let each go its own way.

He said commercial fishing is like logging, farming and ranching — a mainstay of economic life in rural areas.

“It’s not a dying industry,” he said. “You can’t start chopping away at people’s opportunities.”

At least a dozen commercial fisherman testified along those lines Friday. Several said they are sole providers of their families, and need the main stem fishery to make a living.

“Is this the time of our lives to take away jobs from people?” asked William Huntsinger, representing the Port of Astoria. “Commercial fishermen and the ocean are what’s going to feed the world.”

“I can’t afford to get kicked off the main stem,” said one man, adding that he is a fifth generation gillnetter with a wife and daughter. “I’m a 40-year-old uneducated man,” he said. “What am I going to do?”

Alex Hendricks, a 17-year-old senior at Clatskanie High School, said he is a fourth-generation gillnetter, following his mother, grandfather and great-grandfather.

“I ask you for the opportunity to embrace the heritage the generations before me have created,” he said.

He says Americans must help shape a candidate they want