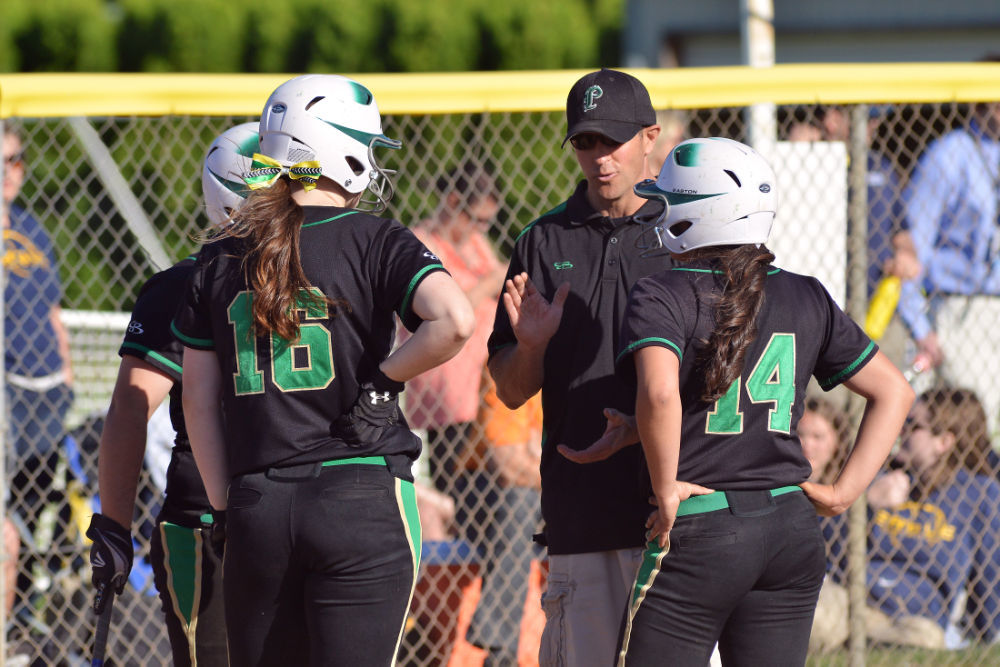 <p>Pendleton coach Tim Cary talks to some of his players during a timeout Tuesday during the Bucks’ 3-2 win over the Eagles in Hood River.</p> 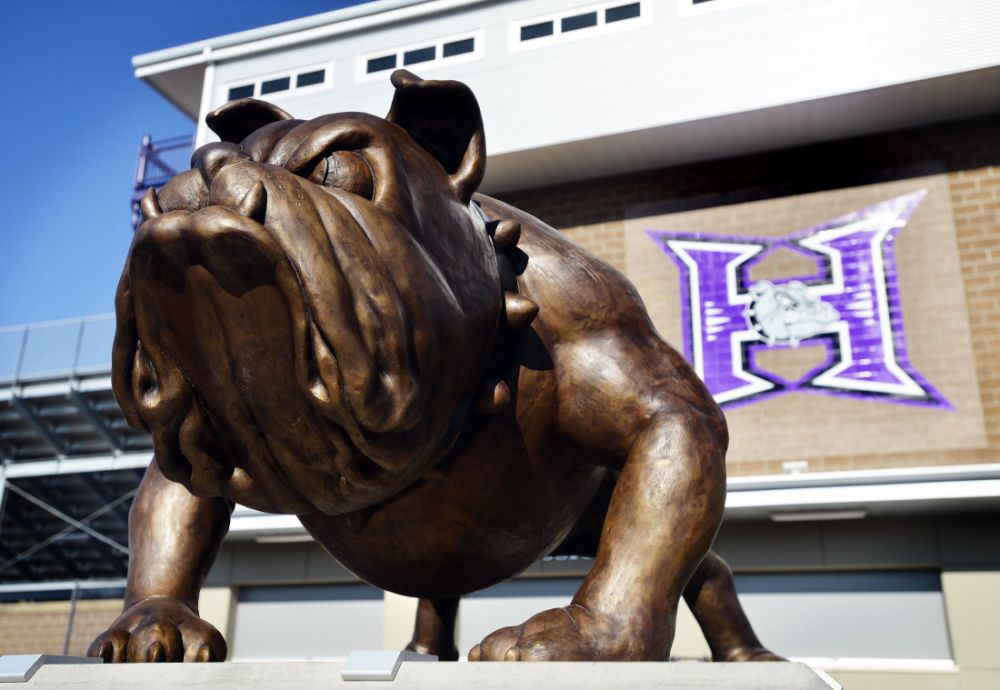 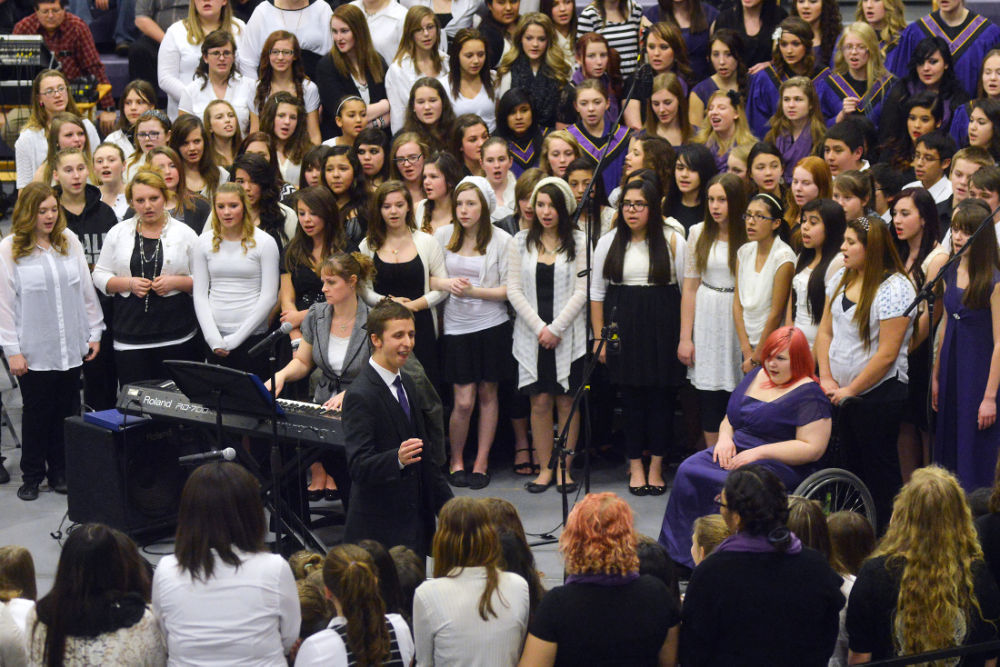 <p>Pendleton coach Tim Cary talks to some of his players during a timeout Tuesday during the Bucks’ 3-2 win over the Eagles in Hood River.</p>

Every community enjoys a good high school football game, but when school budgets are tight and academic cuts are an annual event, its natural to wonder just what those Friday night lights are costing.

Name another after-school program that can positively impact so many kids for so little, he said.

The district doesnt differentiate between athletic events and non-sports OSAA programs such as band, choir and debate in its extra-curricular budget. But Kay said about 80 percent of the money goes to sports. For 2013-2014 the district budgeted $172,463 for non-personnel extracurricular costs, which include transportation to games, hotels, referees, equipment, uniforms and athletic association dues.

At the high school level the district spends $159,175 on coaching salaries. Deputy superintendent Wade Smith said the payments are more stipend than salary, with the football coach making $5,000 a year.

When you break that down by hours worked they dont even make minimum wage, he said.

Other assistant coaches on the field are often volunteers or compensated by Hermiston High Schools booster club. Smith said the athletic/activities directors salary is budgeted for $82,000.

The district also pays $34,000 a year for substitute teachers filling in while a teacher who is also a coach (or band/choir/speech director) travels with their team. Kay said that number has gone down in recent years after the district switched from traveling to Bend and Redmond for games to much shorter trips across the Columbia.

Altogether thats about $447,638 on extracurricular salaries, substitutes, travel and supplies at the high school level. The middle school spends another $106,160 on 44 coaches and $33,601 on non-personnel costs for OSAA programs. The districts budgeted general fund revenue for this year was over $45.3 million.

Just down Interstate 84, the Pendleton School District, with nearly 2,000 fewer students, is spending slightly less on extracurricular activities than its neighbor to the west.

Troy Jerome, Pendletons athletic director, said some teams traveled as far as Ashland and Portland this year, but substitutes for absent coaches and teachers only accounted for $7,500 of the budget.

Including the costs of referees and uniforms, Pendleton spends roughly $214,000 per year on non-personnel expenses.

Kay and Smith didnt include costs for facilities maintenance into their figures because the district doesnt differentiate in the budget between hours worked on athletic facilities versus hours worked maintaining a school building. And the district maintains things like gyms and fields for physical education classes and recess in addition to keeping them up for after-school sports.

Kay did say the artificial turf on the new Kennison Field saves the district time mowing, weeding and painting lines.

Athletics generate some revenue for the district. This year the district generated $44,961 in participation fees and $44,727 in admission to games. And the sports booster club raised $68,550 on behalf of the district. Altogether that adds up to $158,238 in money brought in to offset the cost of offering after school sports  about the same the district pays its coaches.

Smith said the Hermiston district doesnt generally charge community nonprofits like a youth soccer league to use its facilities. It also sees provides free use for things like the Class 3A district track tournament.

Theyre going to stay in our hotels, shop here, eat out, get gas, run out to 7-11 for snacks ... thats millions of dollars generated for Hermiston, Smith said.

As for the benefits of all that money spent on athletics, Smith said when districts try to save money by cutting sports they end up losing students (and the per-student state payments they represent) to nearby districts.

Our conversation with parents is, if you want your kids grades to go up have them play a sport, Kay said.

Jerome said Pendleton athletes frequently place in the top ten of the OSAA Dairy Farmers of America Academic All-State list, though he isnt complacent about the topic.

Im satisfied, but theres always more that can be done, he said.

There is sometimes a perception that non-sports play second fiddle to athletic teams when it comes to budgeting, but HHS band teacher Paul Dunsmoor said Hermiston has one of the best-funded band programs in the state.

Thats never a complaint we have, he said.

He said when the marching band needed new uniforms last year the district sprang for half and the other half of the cost was raised by students with the help of the band booster club.

It was good because the kids worked for it, but they didnt have to earn every penny to where they didnt feel supported, he said. I dont know of another district in Oregon that would do that.

The school boards been great about if a need is not being met, they step up, he said.

Both directors said they each had about 100 students in their programs this year.