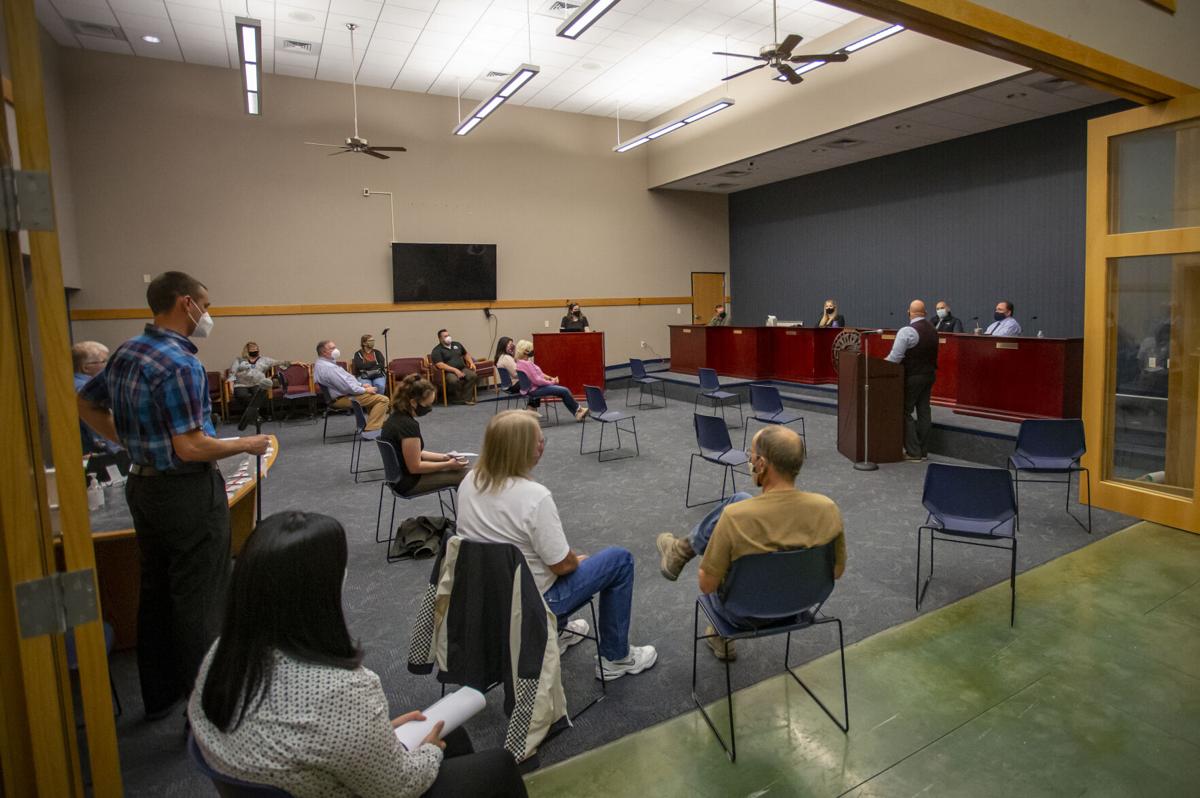 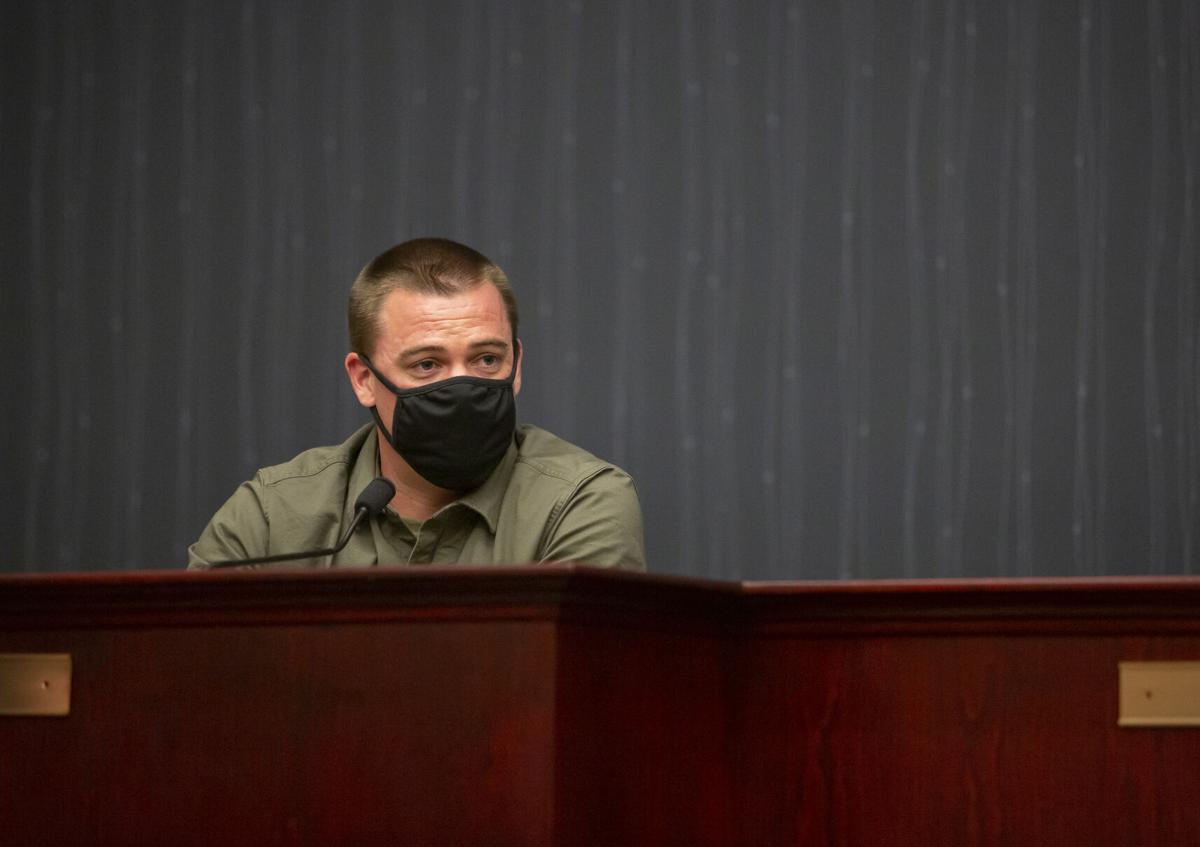 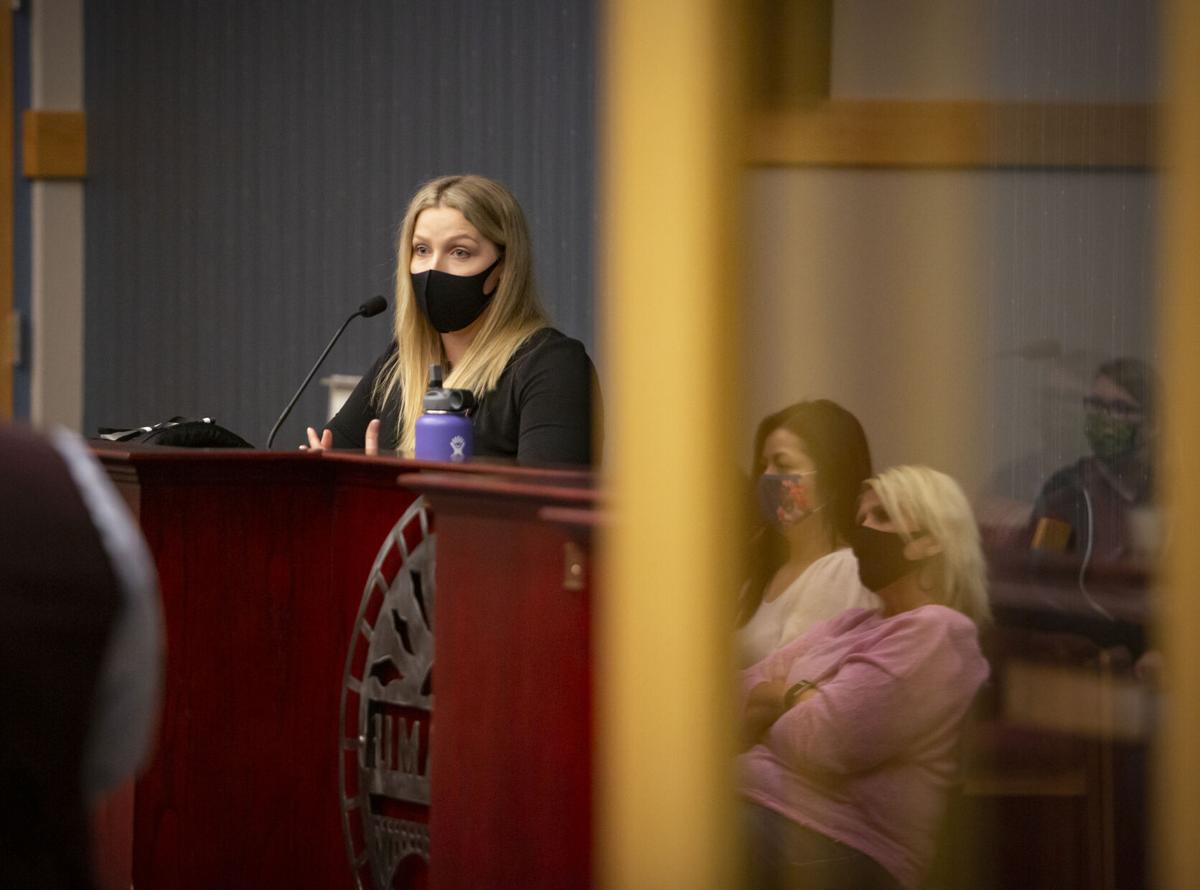 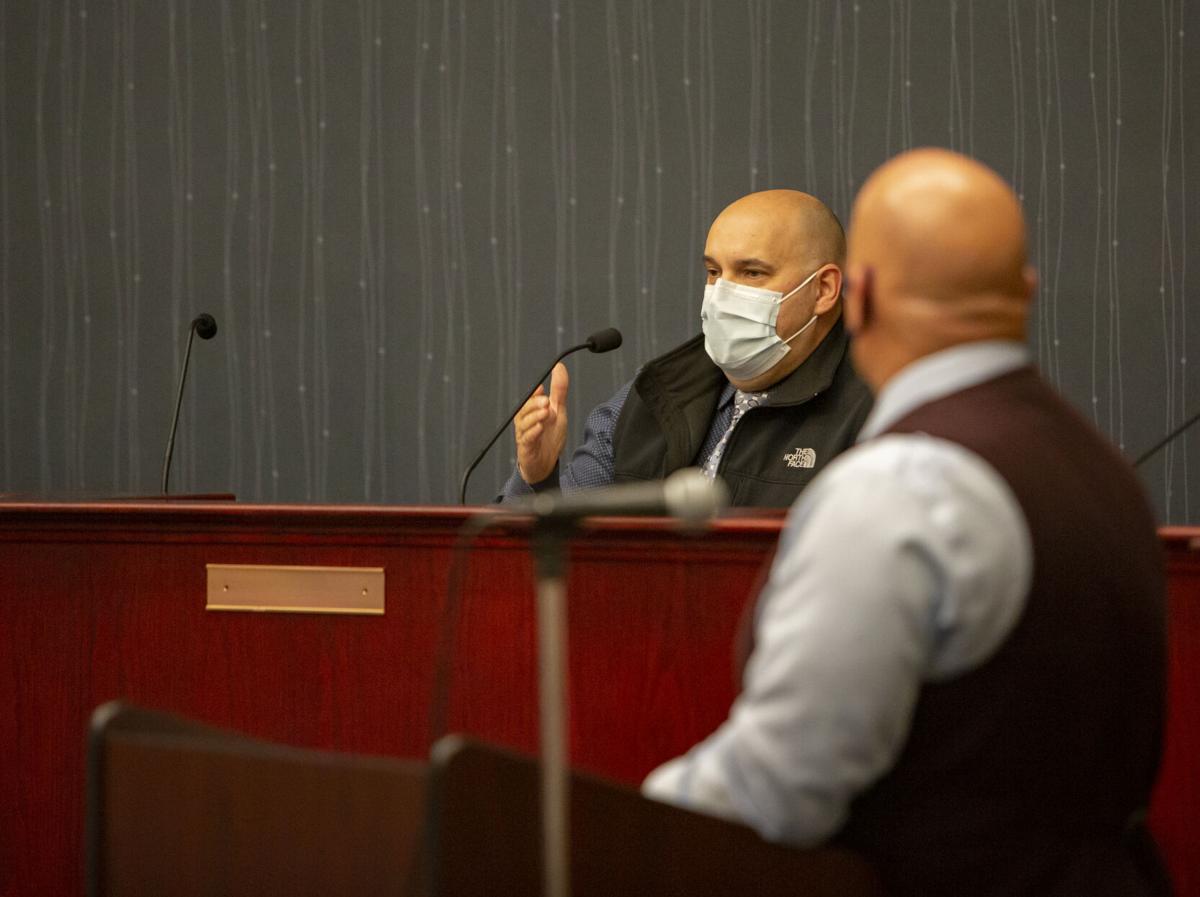 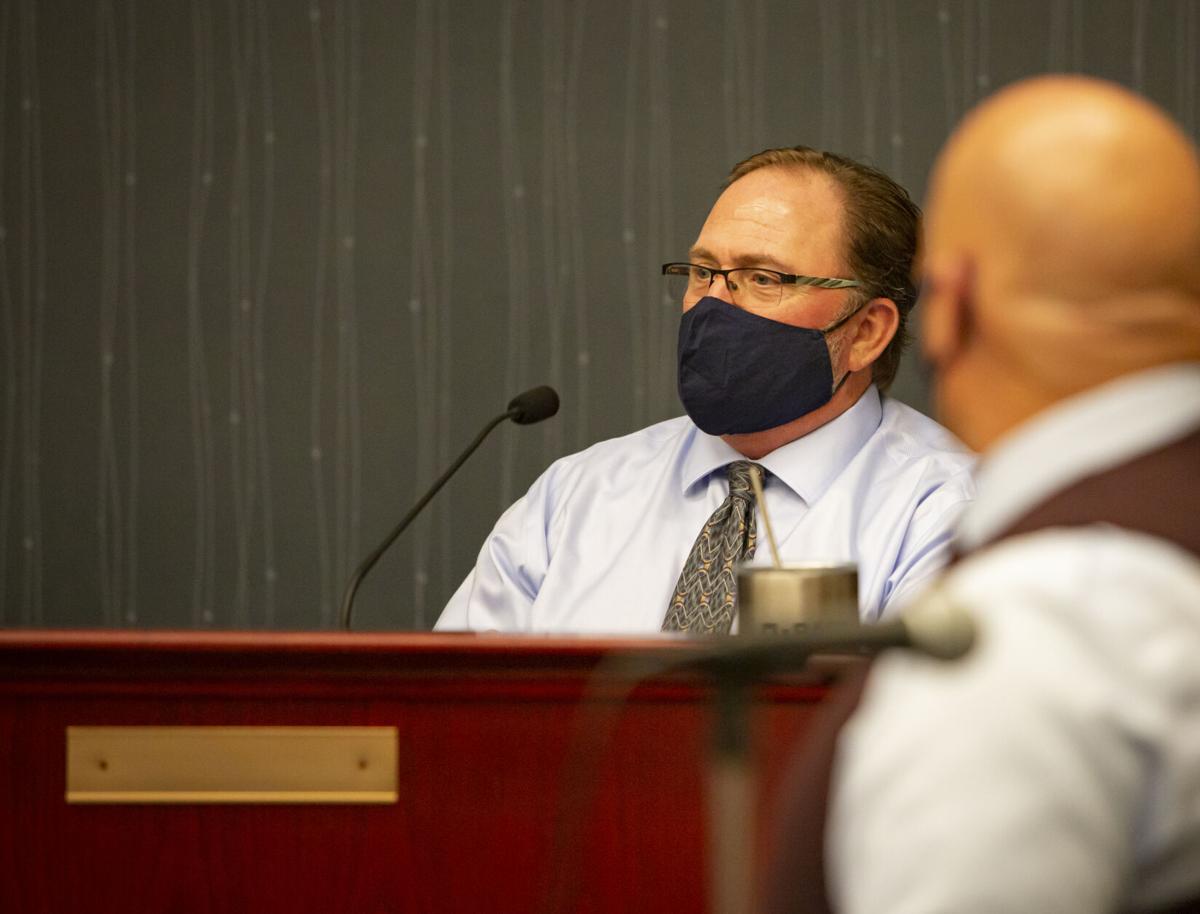 UMATILLA — Candidates for Umatilla City Council painted a rosy picture of Umatilla while participating in a forum on Wednesday, Oct. 14,

All four candidates who participated touted the city’s recent growth and promised great things to come for the community. 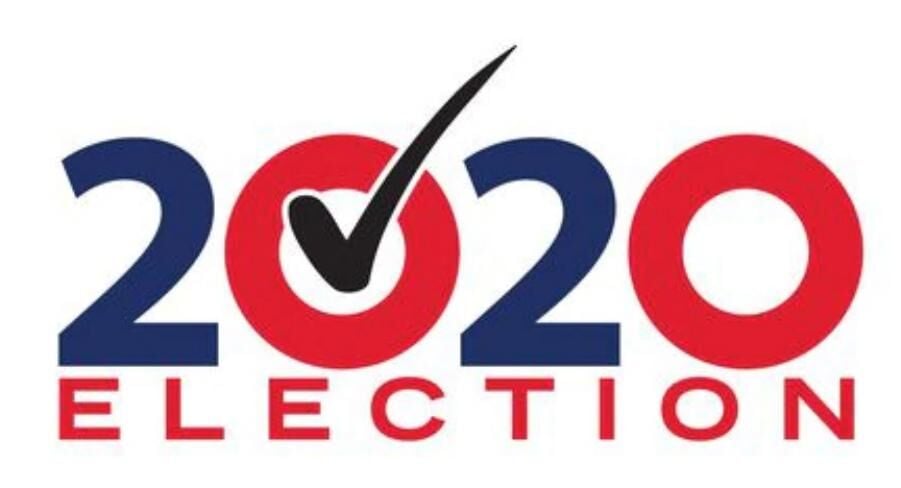 “This is a very exciting time to be involved,” incumbent Roak TenEyck said. “We have so many things teed up that we’re ready to smash down the fairway.”

TenEyck has been on the council since 2013. He is being challenged for Position #6 by Ivan Gutierrez, who was not present at the forum.

Incumbent Ashley Wheeler’s challenger, Isis Ilias, who is running against Wheeler for Position #4, was also absent. In her closing remarks to the audience, Wheeler said Umatilla’s growth has meant much more of a time commitment as a councilor, with one city council meeting a month turning into two or three and executive sessions that sometimes go past 10 p.m. She said she asked herself whether she was ready to “wholeheartedly” make that commitment again.

“I’m here today because I answered yes to that,” she said. “I want to be able to remain on this. It would be an absolute joy. I know that this train is moving fast and I’m really excited to be a part of this and of this community.”

Daren Dufloth and Devon Mitchell are both running for Position #2 on the council, currently held by Michael Roxbury. Dufloth is a former city councilor, who was appointed to serve as an interim mayor in May 2017, but then lost a reelection bid in November 2018. Mitchell, who works for Eastern Oregon Telecom and the Oregon Army National Guard, has lived in Umatilla since 2014 and has not previously run for the council.

Mitchell said he thinks Umatilla is going in a good direction and he would like to have a hand in continuing that direction, through the city council and other community involvement.

He said he wants to see Umatilla become a destination, where people travel from the Tri-Cities in Washington and other surrounding areas for recreation. He described himself as a “history buff” and said he wants to help the city figure out how to work hand in hand with its partners to finally open up the Old Town site so that people can learn the site’s history.

In response to a question about how to get neglectful property owners to clean up eyesores, Mitchell said façade grants have already improved the look of downtown and he thinks incentives are a good way to get businesses to purchase and improve run-down properties.

“Part of that is an incentive and whether we extend a hand to help them out, whether it’s with grants or other promotions,” he said.

Dufloth, who owns The Bridge (formerly known as Riverside Sports Bar and Lounge) with his wife Paulette, said his previous years on the council and his more than 20 years of experience as a local business owner have given him a “10,000-foot view” of the city.

He said for many years, Umatilla went along with little planning, but now he credits much of its recent growth and improvement to the strategic planning that has taken place for various departments. He said the city needs to continue with those efforts, including a current strategic planning process for parks and recreation.

When asked what he would do if given $1 million to improve Umatilla, Dufloth said the most important investment the city needs to make now is in information technology, to increase the number of residents who have reliable internet in their homes.

Wheeler, who has served on the council since 2018, said councilors need to “put our feet to the pavement” to connect with residents, and said she supports making more events like the Oct. 14 forum accessible on the internet for people who have a difficult time making it to meetings in person.

She said Umatilla’s biggest challenge right now is being strategic about how it uses the additional money flowing in from data centers, new subdivisions and other growth of their property tax base. She said it is exciting that so many people want to live in Umatilla, new homes are sold as soon as ground is broken. She credited the community’s people and the way they work together.

“More and more people are seeing that and saying, ‘I could see myself living there,’” she said.

TenEyck said called Umatilla a “warm, inviting, wonderful place to be” and said one of Umatilla’s biggest strengths is its location at the confluence of the Umatilla and Columbia rivers. He wants to see initiatives that help draw more people to that area for recreational opportunities, and said if given $1 million to help Umatilla, he would likely use it on a parks and recreation initiative, such as a splash pad or swimming pool.

He said he wanted to continue with initiatives like the annual Slam Dunk the Junk spring cleanup event, and to make sure Umatilla is an inclusive city where everyone can be involved.

“I want this to be an excellent place to raise a family,” TenEyck said. “A safe place to raise a family. Somewhere where you can rely on your neighbor when you need some help. Someplace that you always feel like that’s the place I call home, and I suppose it’s important to never lose that, no matter how fast and far we grow.”

While Milton-Freewater has no opposed races, the communities of Athena and Weston have a number of candidates facing opposition.