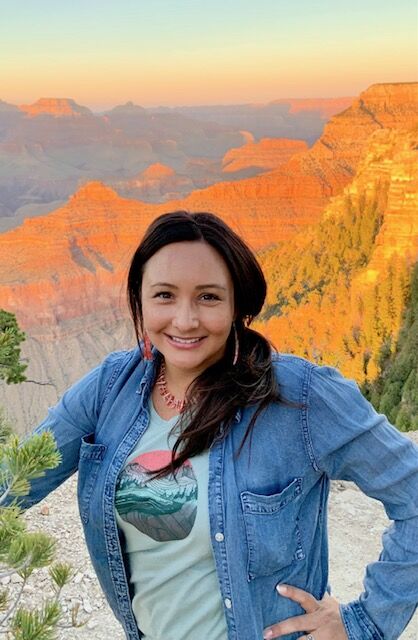 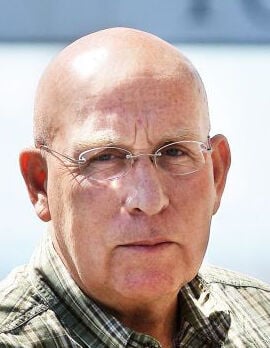 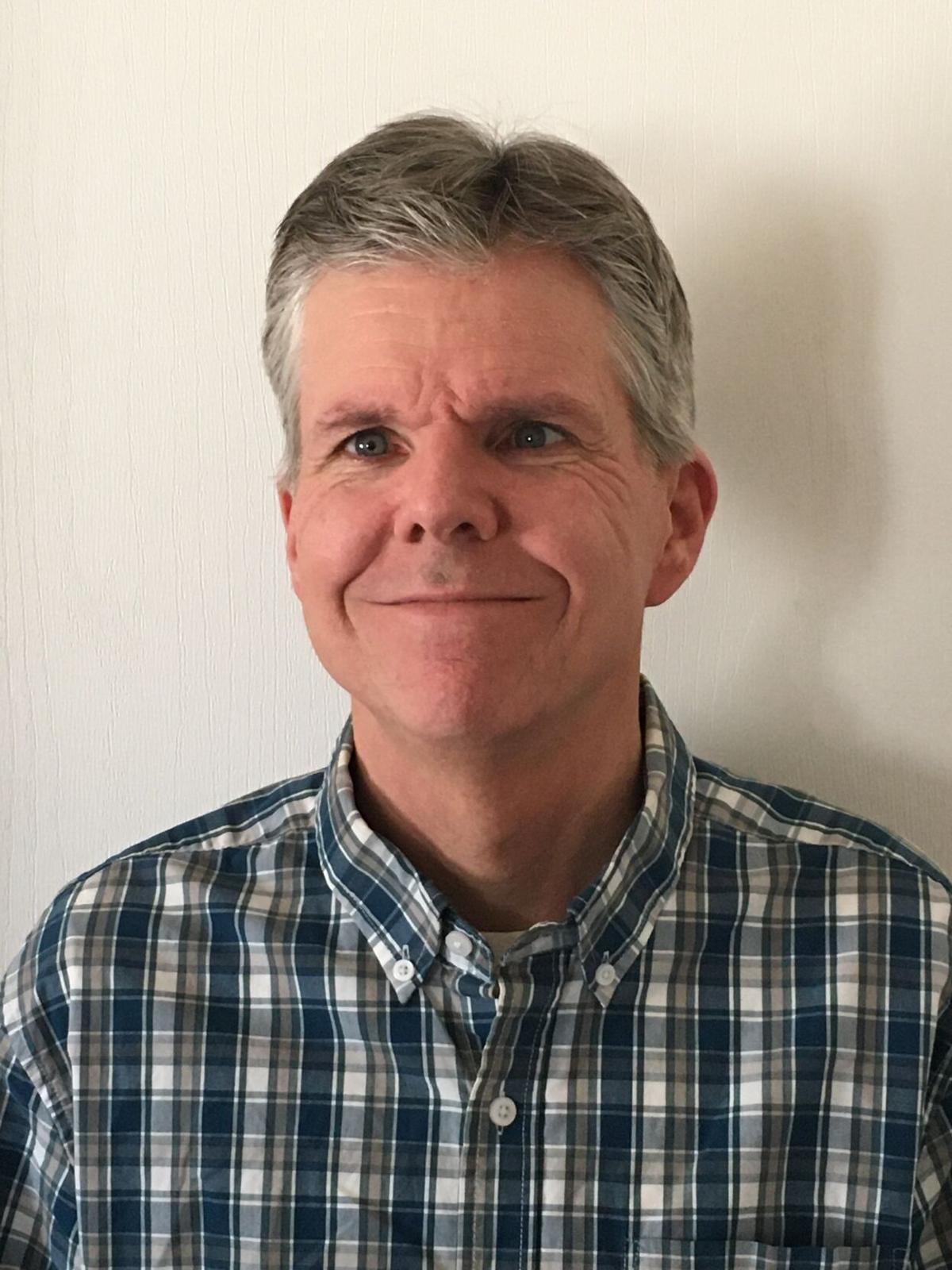 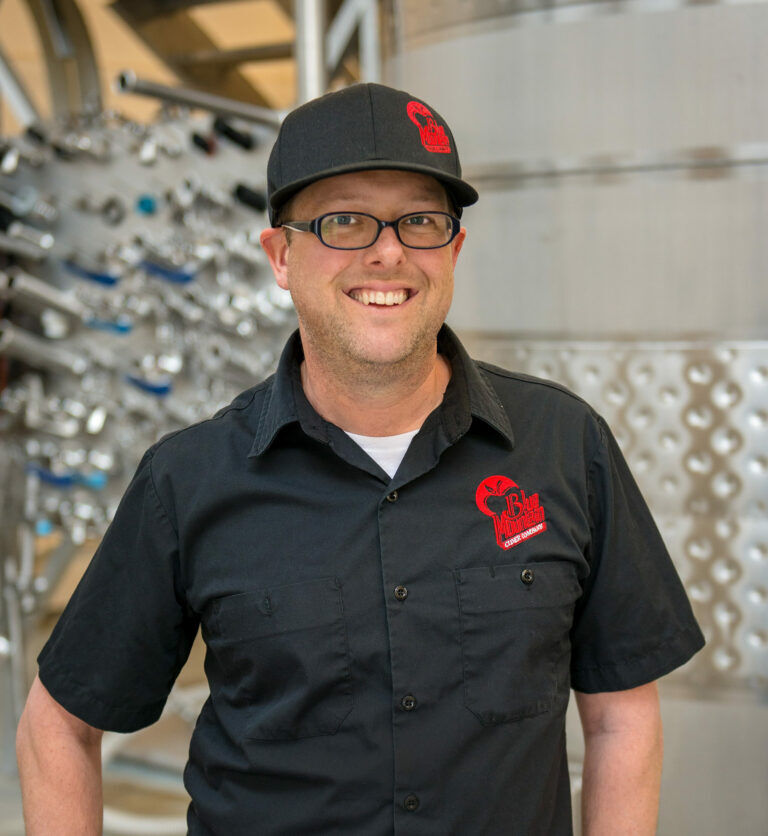 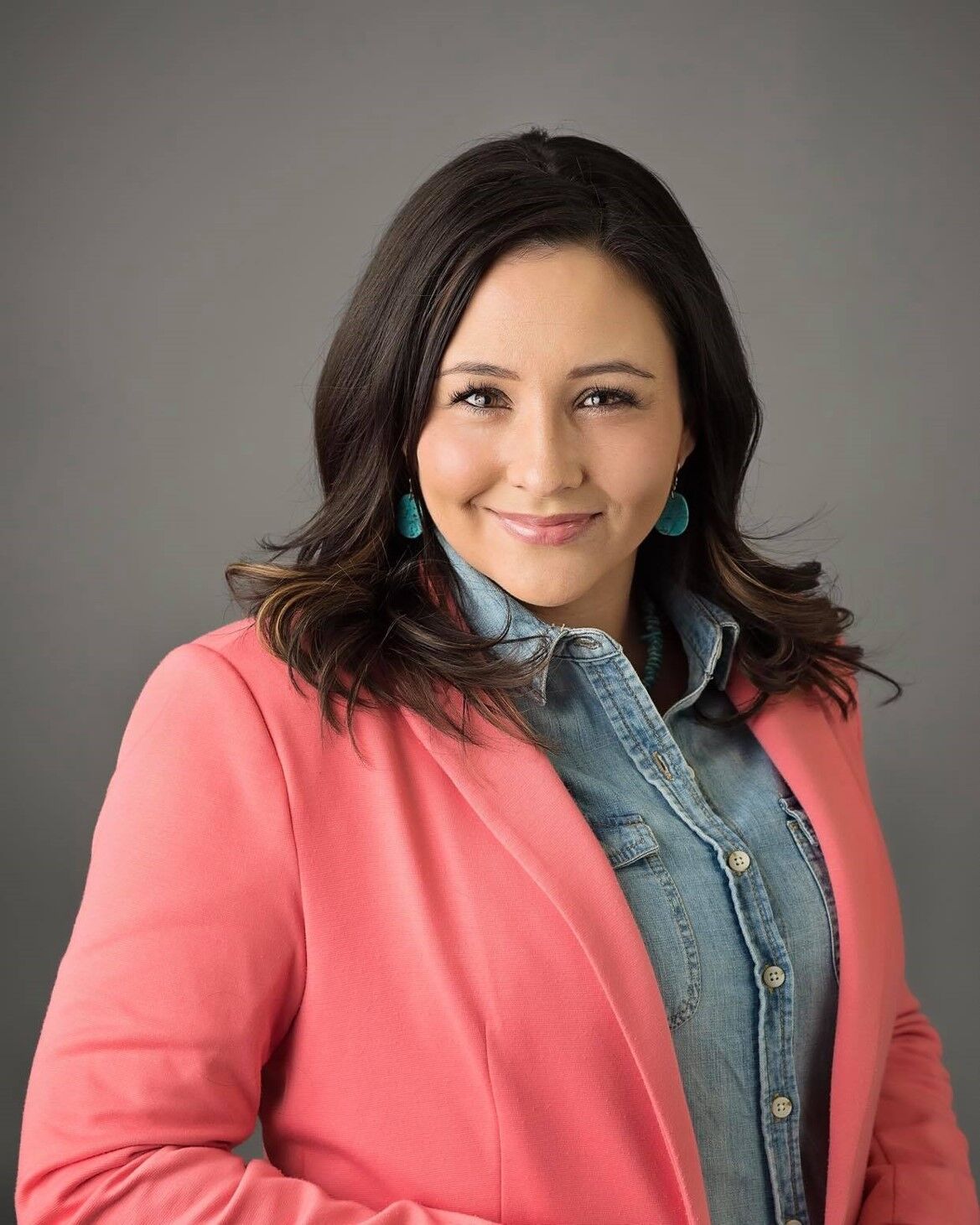 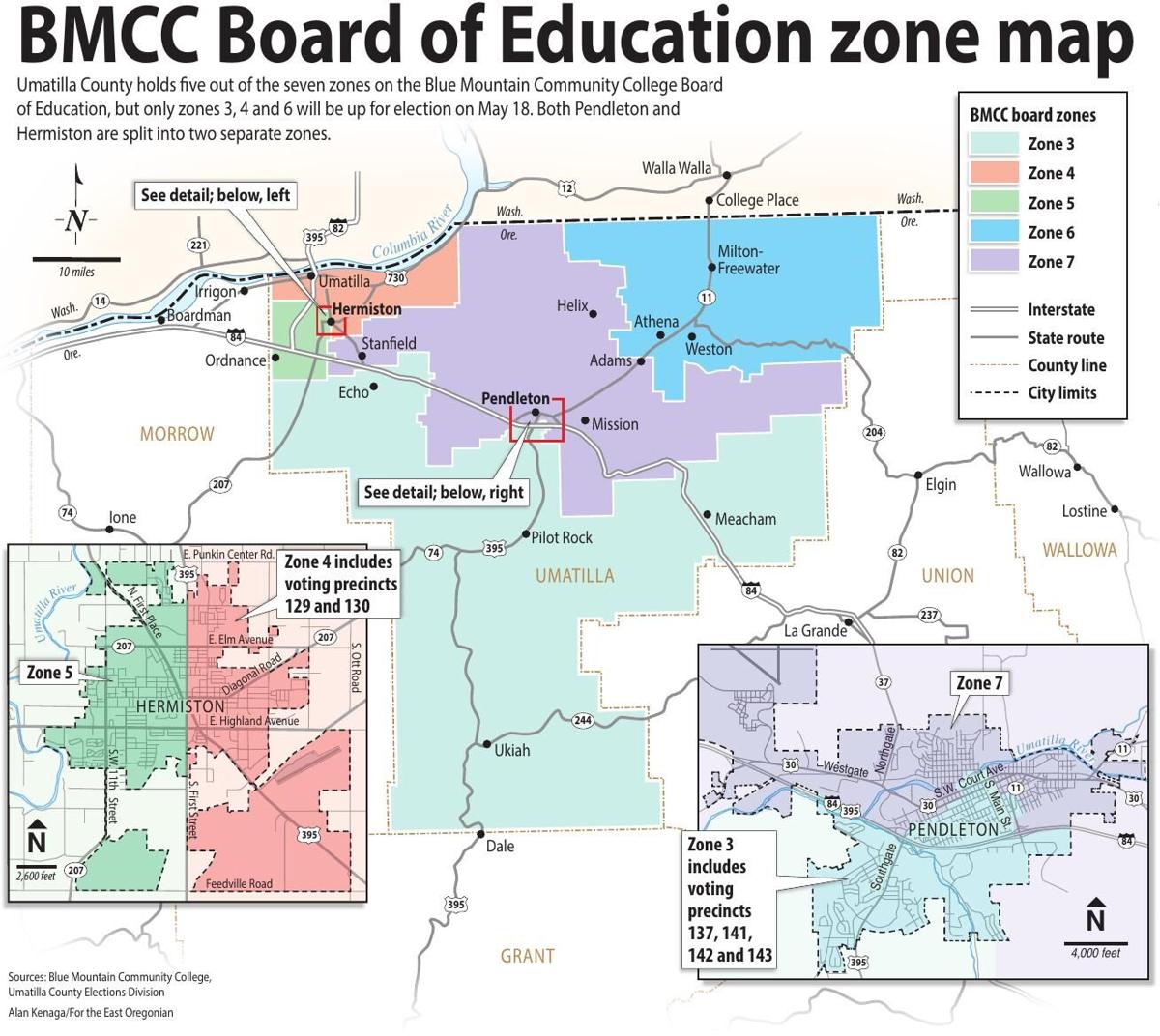 The college is preparing for another round of staff reductions, the third in the last 12 months. Enrollment has fallen precipitously in the past decade; BMCC’s student body more than halved from 2012 to 2020. The president’s sudden resignation in February means the college is conducting its second presidential search in three years.

In the midst of all this, the BMCC Board of Education is holding elections for three seats, and thanks to a pair of retirements, the board will receive at least two new faces when members are sworn in over the summer.

The BMCC board is split into zones and only residents of the three zones that are up for election will vote in the May 18 election.

Over a series of interviews, the East Oregonian spoke with several candidates for the BMCC board about the college’s future considering its present circumstances.

Despite seeking public office for the first time, Carrie Sampson-Samuels has the support from a very powerful ally — her opponent.

While nominally running against her, Echo farmer Kent Madison said he is no longer campaigning to replace Heidi Van Kirk on the board and is endorsing Sampson-Samuels.

“What the board doesn’t need is another 61-year-old white guy,” he said.

Madison said he originally entered the race under the impression that no one else was going to run for the seat. But upon learning that he was involved in a contested race after the filing deadline, he met with Sampson-Samuels and became convinced that she would make a better fit for the board.

Madison said he’s now leading the “Don’t vote for Kent campaign” and is supporting Sampson-Samuels, an enrolled member of the Confederated Tribes of the Umatilla Indian Reservation and a project director for the Northwest Portland Area Indian Health Board.

Sampson-Samuels is hoping to turn her own experiences as a student into a seat on the BMCC board.

Her first experience with higher education was at the University of Missouri. Having grown up in Belle, Missouri — population 1,500 — Sampson-Samuels had a hard time adjusting to the university’s large campus and soon left.

She resumed her studies at a community college and had been accepted into a registered nursing program when she decided to move closer to her father’s side of the family in Eastern Oregon. Upon arriving, she learned that her credits wouldn’t transfer, spurring feelings of discouragement.

She began taking classes at community college again, including a stint at BMCC, before transferring to Portland State University to study health studies and community health education.

She excelled in the classroom, completing her bachelor’s degree in less than a year-and-a-half, but she was also a single mother who was struggling without family nearby.

After getting behind the wheel after spending some time at a local bar, Sampson-Samuels was charged with DUII in 2010. After attending a diversion program, the charges were dropped. Additionally, she checked into an outpatient program from the Native American Rehabilitation Association, a decision she credited in helping her grow long term.

Sampson-Samuels eventually returned home to work as an administrator for the Yellowhawk Tribal Health Center and has since moved on to working for the Northwest Portland Area Indian Health Board, a remote job that allows her to stay in Pendleton.

Sampson-Samuels said she decided to run for the BMCC board because she wanted to make the college a destination for everyone, regardless of their age, race or gender.

“(We should) build on its current strengths, make it a destination, make it a college people want to attend and not just because it’s the only option.”

Given BMCC’s enrollment crunch, Sampson-Samuels said the college could send out a survey to local high schoolers and other prospective students to gauge which classes they want to see.

As a way of being more inclusive toward the college’s American Indian students, Sampson-Samuels said the board could meet with the Tribes’ Board of Trustees and maybe even create an advisory committee on the issue.

Having spent 25 years on the BMCC board, Zone 4 incumbent Kim Puzey said he was not only the longest tenured member currently serving on the board, but also the longest serving board member in the college’s nearly 60-year history.

For Puzey, the motivation to continue serving on the board lies in both the past and the future.

The son of a man who spent his working life on a kill floor at a slaughterhouse, Puzey credits his ability to work an office job to public education.

“My entire family has been emancipated from poverty because of education,” he said.

Puzey said his parents’ generation lived in an era of public investment, a time when Americans were willing to raise their taxes to fund highways, airways, dams and other infrastructure.

But the same sense of public investment hasn’t been extended to community colleges in recent years, Puzey said, linking BMCC’s decreasing enrollment to the increasing unaffordability of post-secondary education.

Puzey’s desire to preserve BMCC for his grandchildren and other future generations led him to propose a radical restructuring of the college’s assets. Over a series of editorials, Puzey suggested merging the college with local school districts to create a K-14 model. Under his proposal, the school districts in Hermiston, Milton-Freewater, Baker City and Morrow County would take over the college’s facilities at those locations while BMCC’s flagship campus in Pendleton would become an extension of Eastern Oregon University.

Puzey thinks there could be a number of benefits to the model, but most importantly, it could transform community college funding at the state level from discretionary to mandatory.

Puzey is facing a challenge from Umatilla entrepreneur Kipp Barron, who is making his first run for public office along with his children.

While Barron is running for the BMCC board, daughter Jubilee and son Caleb are making bids for two separate seats on the board of directors for the Umatilla County Special Library District. Another son, Josiah, is running unopposed for a seat on the Umatilla School Board, all but assuring him an electoral victory.

Barron said the simultaneous campaigns evolved from conversations he had with his children about local politics.

“It’s just important to be thinking about these things instead of always looking at the screen that we have in (our hands), scrolling (through) mindless stuff,” he said. “We were always looking at what was going on in the special election and we all kind of had the same idea.”

Barron said he was motivated to run for the board because he’s taken BMCC classes in the past, and as a native of the area, he wanted to give back.

With BMCC currently enmeshed in a search for a new president, new board members could vote to select a finalist after taking office in July.

Barron said he wants BMCC’s next president to have the ability to fundraise so that the college could have a sustainable source of funding without raising taxes.

Abe Currin has a bachelor’s degree from the University of Oregon in political science and a master’s degree in teaching from Eastern Oregon University, but he’s made a career as a cider maker for Blue Mountain Cider Co. in Milton-Freewater.

Currin grew up in the area, and when incumbent Tony Turner approached him about replacing him on the BMCC board, Currin welcomed the chance to bring “fresh blood” to the board.

Addressing the college’s current budget crunch, Currin said higher education is always trying to navigate budget crunches and the board’s challenge will be to balance their fiscal responsibilities while cutting as few services as possible, including those provided by the college’s satellite campuses in Hermiston, Boardman and Milton-Freewater.

Currin said he’s “neutral” about BMCC’s impending staffing cuts until he can learn more about the situation, but he did speak about the college’s falling enrollment.

Currin said he spent a year at Walla Walla Community College before transferring to the University of Oregon, so he knows the importance community colleges play in education.

He added that boosting enrollment could involve the college spreading awareness over the role it plays in helping people get an education.

Highest level of education: High school diploma and some college

Blue Mountain Community College’s faculty union is hosting a candidate forum for the BMCC Board of Education candidates over Zoom on Thursday, April 29.

The virtual forum will start at 7 p.m. and include opening statements, prepared questions from the union and audience Q & A.

PENDLETON — Change is coming to the Pendleton School Board.