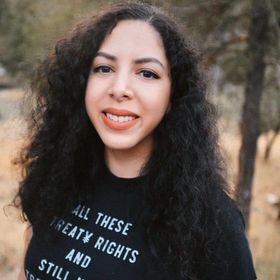 PENDLETON — Starting on April 28, local voters will choose who will represent Position 7 on the Pendleton School Board. If voters select candidate Briana Spencer for the seat, then she’ll have to make a choice of her own.

A member-elect of the Nixyaawii Community School Board, a state law wouldn’t allow Spencer to serve on both the charter school’s board and the Pendleton School Board simultaneously.

Spencer said she didn’t know she wouldn’t be able to hold both seats until after the March 18 deadline to file for the Pendleton seats.

When contemplating a run for school board, she consulted with Debbie McBee, the school board chair, who told her she didn’t think it would be a problem if she sought election to both boards, but she would need to follow up.

In Eastern Oregon, it’s not uncommon for people to hold multiple elected offices. For instance, Morrow County Sheriff Ken Matlack is also an Irrigon city councilor and an elected member of the Umatilla Morrow Radio & Data District Board of Directors.

McBee began speaking with the Oregon School Boards Association and the Umatilla County Elections Division to get their advice before eventually turning to the Pendleton School District’s legal counsel.

But by the time the district confirmed Spencer couldn’t serve on both bodies, McBee said it was already after the filing deadline, which also serves as a dropout deadline.

Kim Lindell, the Umatilla County elections manager, said she consulted with the Oregon Secretary of State’s Office, which advised her to keep Spencer on the ballot, and then let her make a decision should she win. The specifics of how the situation is handled, Lindell said, lies with the school district.

“My goal is to serve youth however I can,” she said.

Spencer said she hasn’t decided which board she will serve on yet because at this point, her winning seats on both boards is still a hypothetical. Attorney Patrick Gregg is the other candidate for Position 7, and if he wins, the discussion over holding seats on two school boards will be moot.

Spencer is still a member-elect of the Nixyaawii School Board, which like Pendleton won’t seat its new members until July. She added that she’s kept the school board chair of Nixyaawii apprised of the situation.

For her part, McBee said she isn’t trying to tip the scales for or against Spencer, but just trying to help the Pendleton School Board follow the proper procedures and statutes.

Ballots for the May 18 Pendleton School Board elections will begin being mailed out on April 28.

BOARDMAN — Voters in the May 18 election will have plenty of choices in the race for Port of Morrow commissioners.