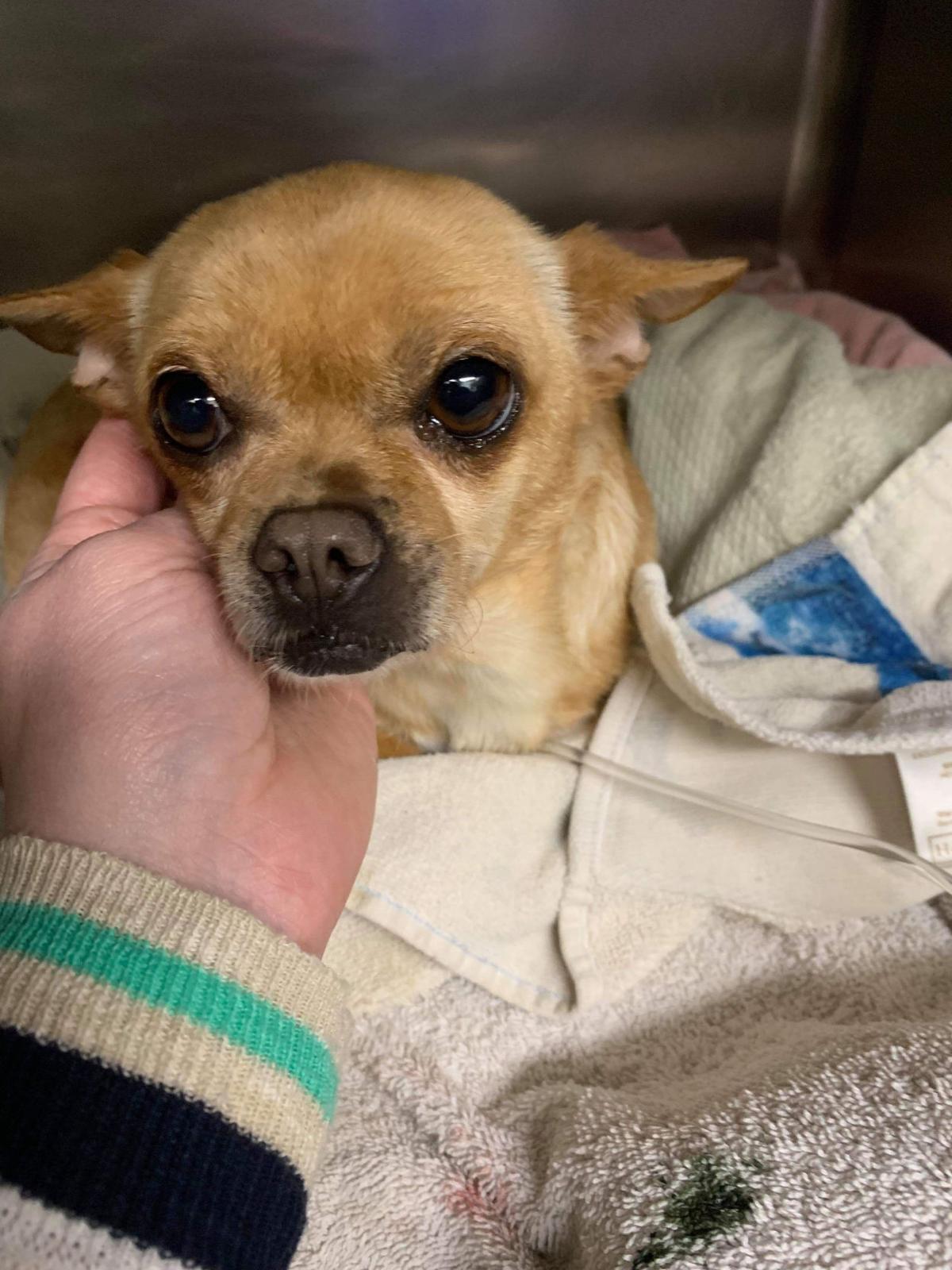 This dog was run over by a car in Hermiston, and doctors discovered she needed an emergency C-section. 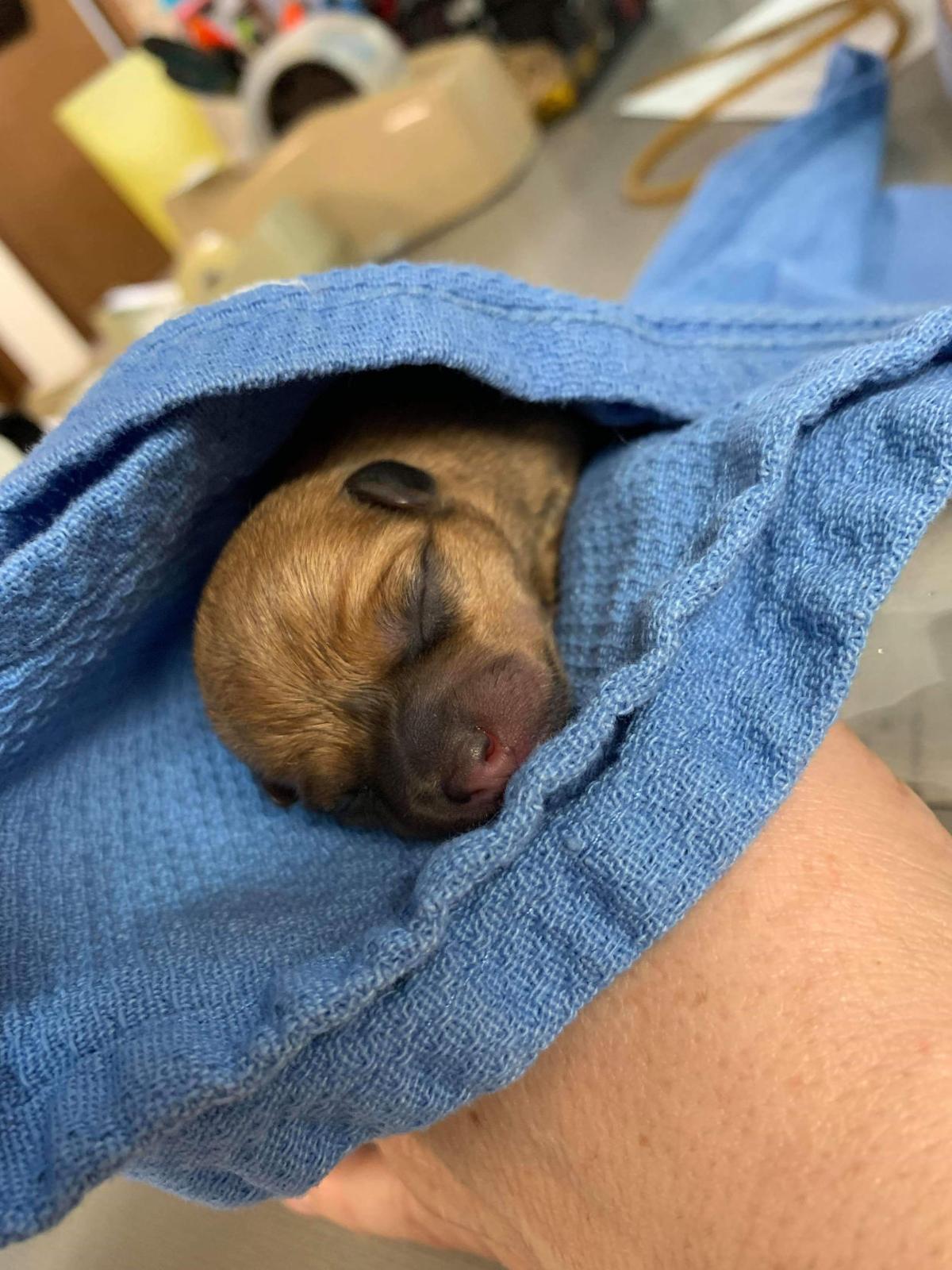 This pup was born after his mother, hit by a car in Hermiston, had an emergency C-section.

This dog was run over by a car in Hermiston, and doctors discovered she needed an emergency C-section.

This pup was born after his mother, hit by a car in Hermiston, had an emergency C-section.

A stray dog was run over by a car Tuesday in Hermiston, but the injury ended up saving the life of the dog and her then-unborn pup.

Late Tuesday afternoon, Hermiston Pet Rescue and Fuzzball Animal Rescue responded to a call about a small dog that had been hit by a car on Southwest 11th Street and Hermiston Avenue.

Robin Barker, a board member with Fuzzball Animal Rescue, said when they went to pick up the dog, a Chihuahua, they noticed there was milk leaking.

“At first we thought she had pups nearby, but it turned out she was pregnant,” Barker said.

The pup was too big for the dog to deliver, and the veterinarian at Oregon Trail Vet Clinic ended up having to do an emergency C-section. They also had to amputate the dog’s leg, as it had shattered when she was hit.

“The guy who hit her was so upset,” Barker said. She said several people, including the person who hit her and people from nearby businesses, immediately stopped and tried to find the dog, but she ran into a nearby field.

Barker said this is not an uncommon problem in Hermiston.

“The stray population and roamers are a huge problem,” she said. “We have another one in rescue who got hit and has a double fracture.”

Barker said after some initial shock and uncertain moments, both the mother and her pup are doing well and are expected to survive and recover.

“How she survived, I’ll never know,” Barker said. They will both be in foster care for the next two months, while the mother heals.

Barker said they haven’t quite figured out a name for either dog yet, but they have some ideas.

“We’re thinking ‘Xena’ for the mom, like Xena: Warrior Princess,” she said. And for her pup, they’re thinking “Marvel.”