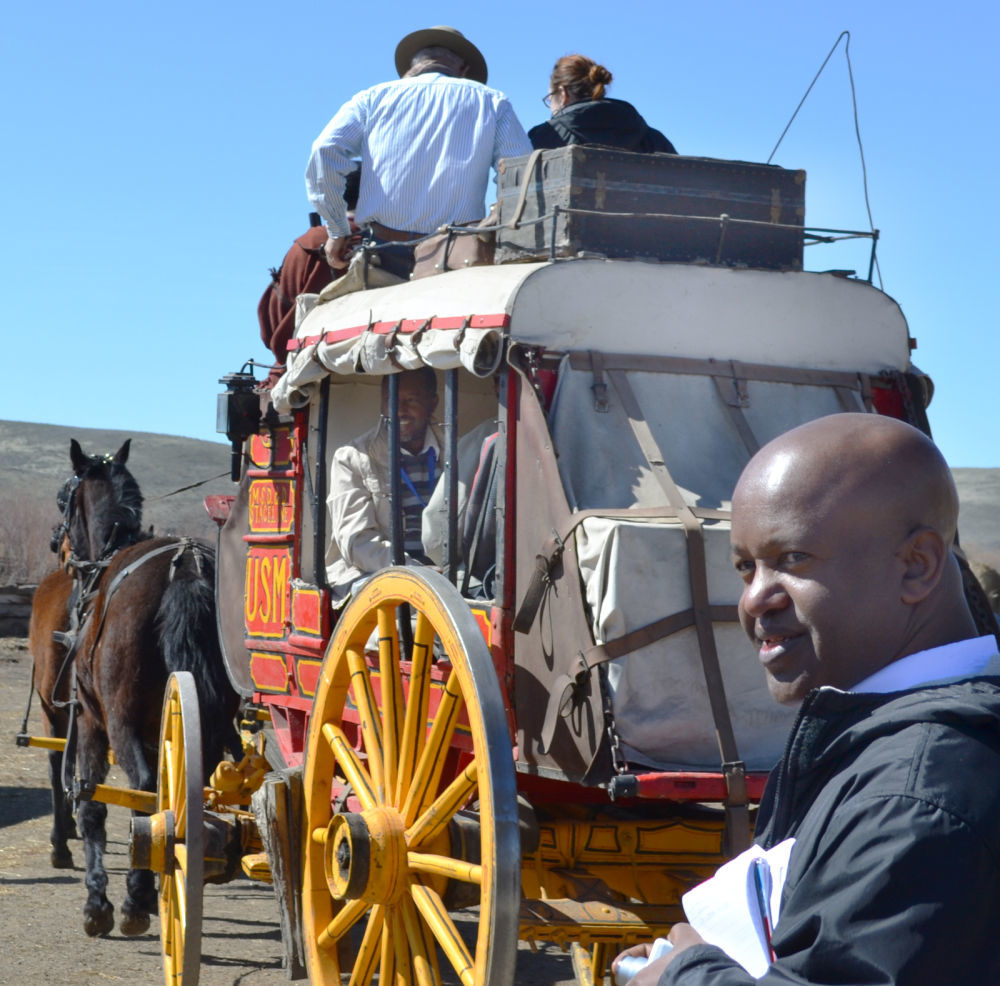 <p>Photo by Kathy LeaMaster East African veterinary officials received an introduction to the American West with a calf branding demonstration, stage coach rides and a chuck wagon lunch at the Hanley Ranch in Jordan Valley.</p> 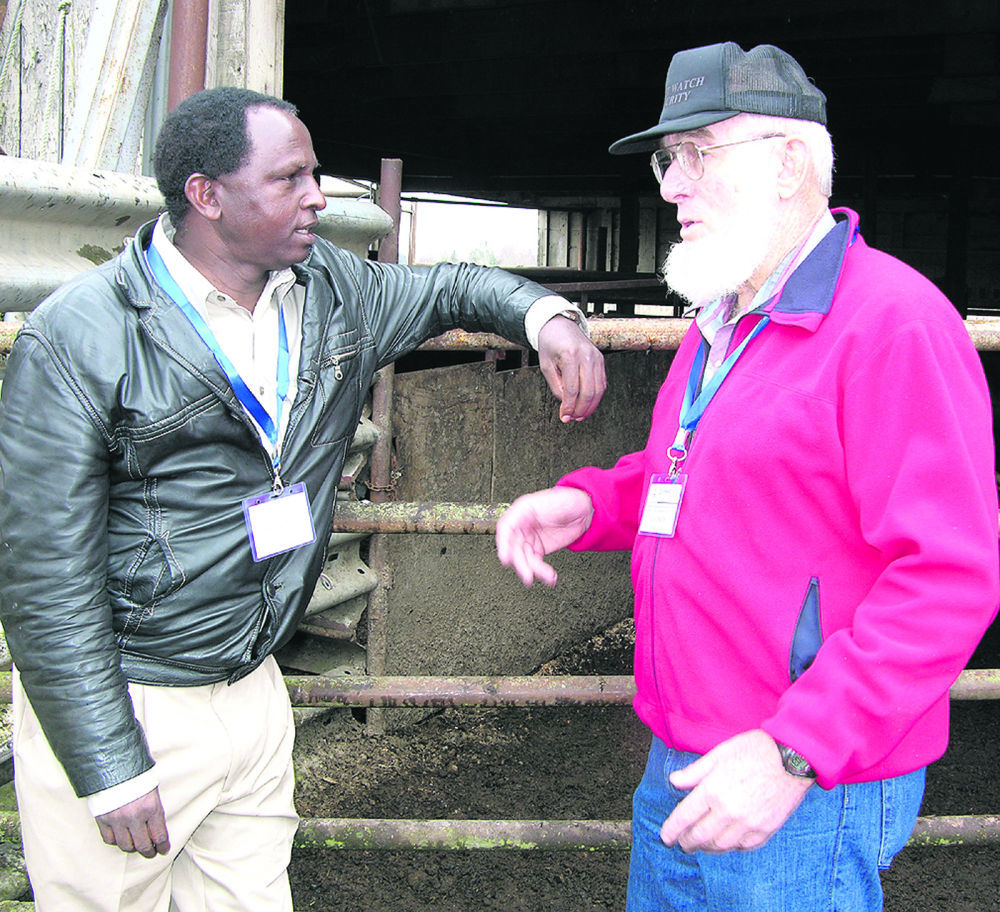 Photo of Capitol Press Former Oregon State Veterinarian Andrew Clark of Pendleton talks to one of the African veterinary officials in the U.S. to study the American system for controlling animal disease.

<p>Photo by Kathy LeaMaster East African veterinary officials received an introduction to the American West with a calf branding demonstration, stage coach rides and a chuck wagon lunch at the Hanley Ranch in Jordan Valley.</p>

Photo of Capitol Press Former Oregon State Veterinarian Andrew Clark of Pendleton talks to one of the African veterinary officials in the U.S. to study the American system for controlling animal disease.

When it comes to controlling livestock diseases, the United States sets the bar.

Thats why top veterinary officials from nine African countries recently flew to the U.S. to immerse themselves in the American system of tracing livestock disease. Former Oregon state veterinarian Andrew Clark, of Pendleton, is accompanying the delegation on the tour of Oregon ranches, laboratories and veterinary practices.

Clark said East Africa battles animal diseases the U.S. hasnt seen for a long time, if ever: Rift Valley fever, foot and mouth disease, lumpy skin disease, camel pox, contagious bovine pleuropneumonia and others. Brucellosis is the only cattle disease found in both Africa and the U.S.

But thats not the point.

The dynamics of the diseases are different, Clark said. This is a conceptual transfer, nothing else.

Clark said the delegation hopes to cherry pick from Americas system of testing, control and monitoring for their own fledgling system. The concept is a transferable one, he said, that has evolved over time.

Africa does not usually look to the United States  it usually looks to Europe, Clark said. But weve been doing this for 80 years. This is not just a bright idea that has never been tested.

If disease is detected in an American cow at an auction site, for instance, a sophisticated tracking system powers up. The animal can be traced back to the original owner to determine cause and locate other affected animals.

The pace of the USAID-sponsored tour is brisk and takes the officials to both Oregon and Texas. These veterinary officials hail from Sudan, South Sudan, Ethiopia, Eritrea, Djibouti, Somalia, Kenya, Tanzania and Uganda. Last week, the Africans traveled to the Willamette Valley to hear presentations from animal health and livestock authorities and visit laboratories, and then boarded a bus bound for three Burns-area ranches.

The Africans observed cowboys working cattle, roping, castrating, branding and vaccinating and also talked to the ranchers about issues facing the cattle industry.

The veterinary officials experienced some purely enjoyable moments  including riding in a stage coach and eating western cooking from an historic chuck wagon  but stayed focused on their ultra-serious mission of protecting millions of animals brought to market in the African Horn area each year.

Livestock are coming across the borders all the time, said James Wabacha, of the African Unions Interafrican Bureau for Animal Resources. We have to work in a coordinated and harmonized manner. We are here to pick the appropriate pieces and see how to adapt it to our own situation.

Wabacha said he liked how Oregon ranchers influence the process from the bottom up.

They work very closely with the regulatory system, he said. Thats why it has been so successful.

Clark travels regularly to Africa to help with the project  dubbed the Standard Methods and Procedures in Animal Health Project  and said the intellect and tenacity of participants humbles him.

Its amazing the intensity of work these fellows are doing, he said.

The delegation boarded a plane for Texas on Saturday. In the Houston area, they will visit animal hospitals and diagnostics labs and listen to experts on a variety of topics.

By the end of next week, well have all the pieces, Wabacha said.