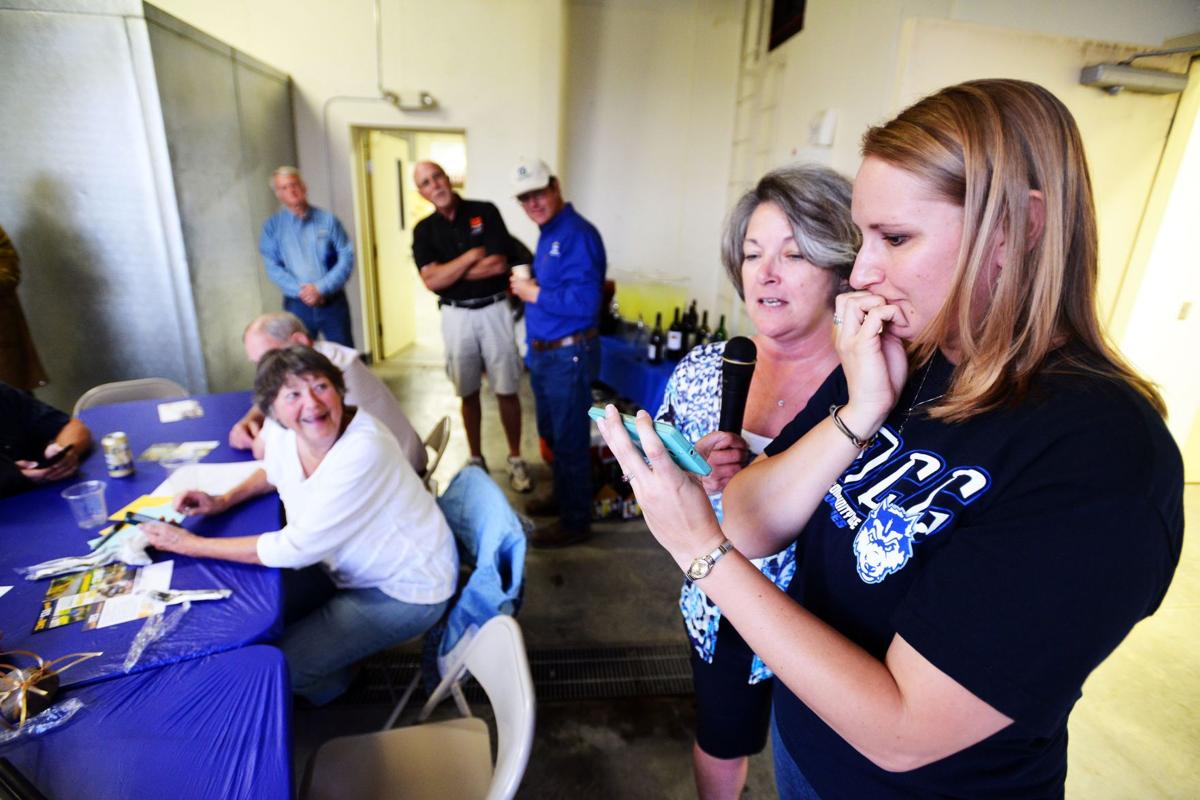 Staff photo by E.J. Harris BMCC President Cam Preus reads the voting results for their bond measure off of the cell phone of BMCC Vice President of Public Relations Casey White-Zollman during an election-night party Tuesday at BMCC in Pendleton. 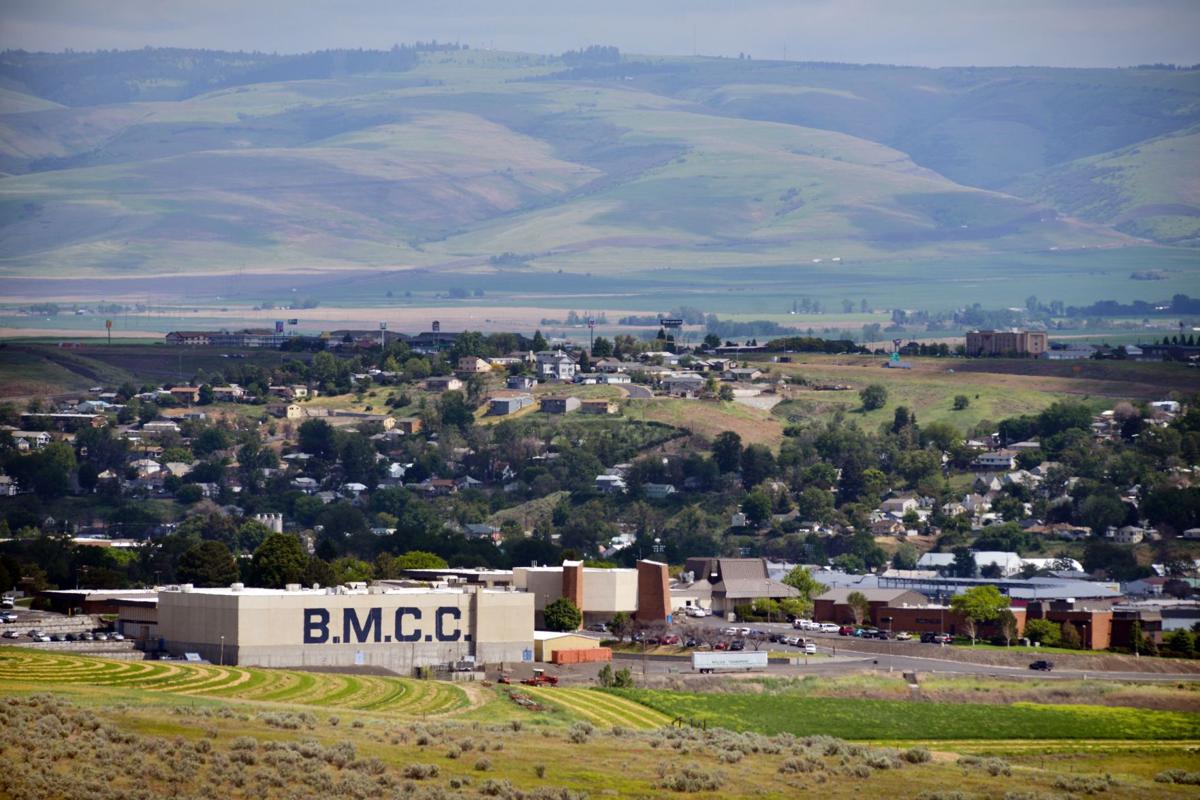 Staff photo by E.J. Harris BMCC President Cam Preus reads the voting results for their bond measure off of the cell phone of BMCC Vice President of Public Relations Casey White-Zollman during an election-night party Tuesday at BMCC in Pendleton.

The second time is a charm.

A bond measure for Blue Mountain Community College unofficially passed Tuesday in Umatilla and Morrow counties, a year-and-a-half after a similar bond was soundly rejected. This time around, 52 percent of Umatilla County voters approved the $23 million bond to add workforce development programs, update technology and renovate deteriorating infrastructure. Morrow County had not reported full results by press time, but yes votes led 875 to 794.

Preus took the mic to share the good news, a smile illuminating her face. Her announcement elicited an extended whoop that ricocheted off the ag center’s metal walls.

“It’s overwhelming,” Preus said. “It’s so nice to live in a community that really values education. I want to thank all of our supporters, including our employee associations, Board of Education, students, the Friends of BMCC, business partners and countless community members who came out to support our efforts. Without you, we would not be celebrating right now.”

Preus spent much of the past few months on the road in Umatilla and Morrow Counties, answering questions about the capital improvement bond, often making multiple appearances in a day. She is taking Friday off.

“I plan to be standing in a stream and hopefully catching a fish,” she said.

She can finally relax, something she hasn’t done too often since an earlier $28 million bond failed in November 2013 by a margin of 57 percent to 43 percent. After months of listening sessions to discover why more voters didn’t back the bond, college leaders whittled the measure into a package they considered a more palatable product.

One voter who would have joined in the celebration, but couldn’t, was Roberta Anderson, who filled out her ballot from her hospital bed only days before she died Friday at age 103. Anderson, a retired educator, cast her last vote in support of the bond. The Pendleton centenarian loved to read about politics and didn’t miss any opportunity to vote. She was of sound mind, said her daughter Carolyn Frasier, and adamant about participating despite being in her final days.

According to state election law, Anderson’s vote will count, even though she died before Election Day.

Proceeds from the 15-year capital improvement bond will launch a precision agriculture program in Hermiston and a Workforce Training and Early Learning Center in Boardman. Proceeds will also renovate the Agricultural Center where supporters held their Tuesday night celebration.

“I’m just really looking forward to bringing our plan to fruition,” Preus said. “We’ve talked about it for so long, and it will be exciting to see it come to life, finally.”

The president said the college is ready to start turning plans into reality.

“We’ll be able to move quickly,” she said.

Taber typed on his phone, trying to make sure of the numbers and finally put it in his pocket. He said he’d had no idea whether the bond would fly or go down.

“We put in the time. We put in the effort. We put out the information,” he said. “All we could do was hope people would see the benefit of what we wanted to do.”

Tomorrow, Taber said, he will drive around Pendleton and pick up yard signs.

Including partial Morrow County returns, 5,233 voters were in favor of the bond and 4,740 were opposed.