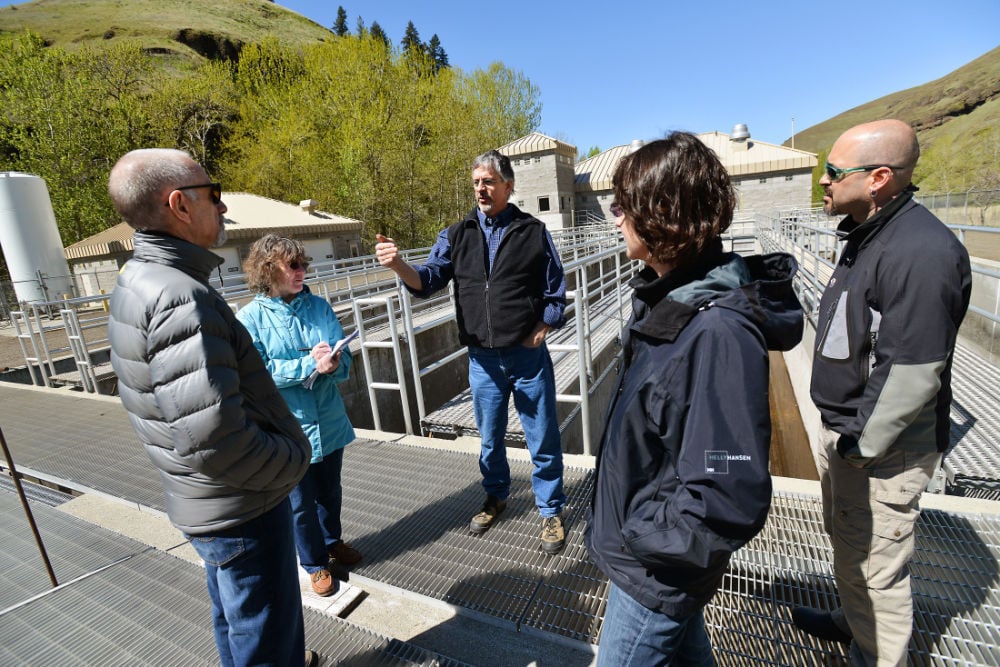 <p>CTUIR fisheriers program manager Gary James, center, gives a tour of the Walla Walla Basin Spring Chinook Hatchery to a group of officials with the Bonneville Power Administration on Wednesday east of Milton-Freewater.</p> 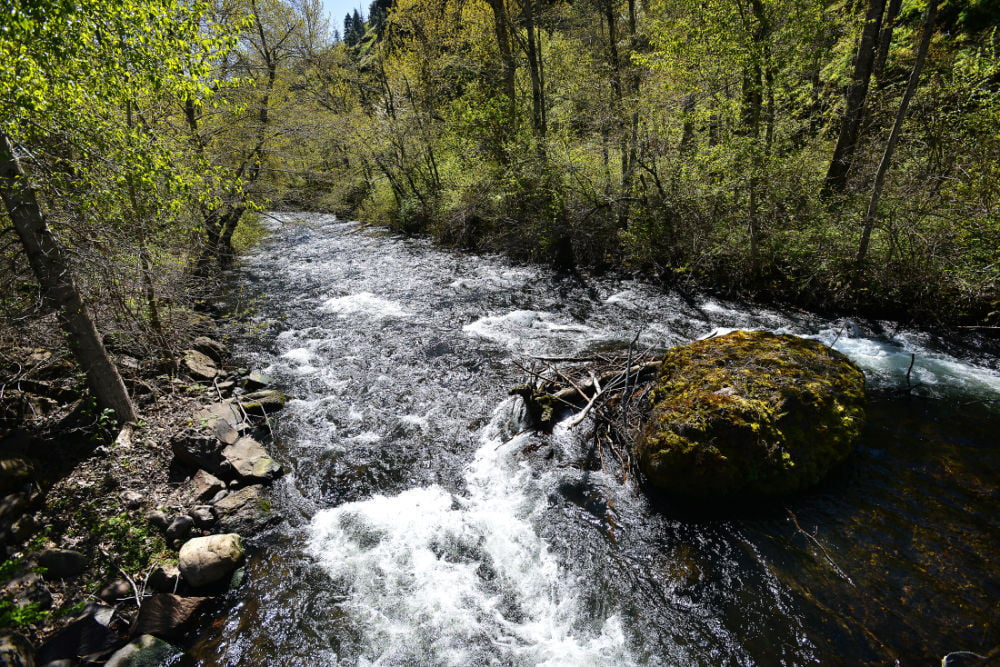 <p>Salmon from the new hatchery would be introduced into both the Walla Walla, seen here, and the Umatilla rivers.</p>

<p>CTUIR fisheriers program manager Gary James, center, gives a tour of the Walla Walla Basin Spring Chinook Hatchery to a group of officials with the Bonneville Power Administration on Wednesday east of Milton-Freewater.</p>

<p>Salmon from the new hatchery would be introduced into both the Walla Walla, seen here, and the Umatilla rivers.</p>

A proposed hatchery for spring Chinook salmon on the South Fork Walla Walla River could produce 500,000 smolts per year in the basin if Bonneville Power Administration decides to fund the project.

The Confederated Tribes of the Umatilla Indian Reservation wants to build a hatchery that would expand its existing facility for adult salmon holding and spawning, located near Milton-Freewater.

Salmon disappeared from the Walla Walla basin more than 75 years ago, extirpated by a combination of development, water diversion and reduced flows. Since 1987, the Tribes have worked to restore fish habitat and passage, including the removal of two dams.

Gary James, fisheries program manager, said the next step is a local hatchery for naturally spawning salmon to return to the South Fork Walla Walla River in Oregon, as well as Mill Creek and Touchet River in Washington.

The Tribes are high on fisheries resources. When something is missing, its like part of the Tribes is gone,?James said. Theres a unique opportunity to restore them here.

Though BPA has $12 million earmarked for the hatchery  in accordance with the 2008 Columbia Basin Fish Accords and Northwest Power Act of 1980  it must first complete an Environmental Impact Statement to help consider whether or not to fund the proposal.

BPA representatives and James held a public meeting Tuesday in Milton-Freewater, where residents expressed concerns that ranged from irrigation rights to the salmons effect on other river species. Some questioned if a hatchery is the best use of money, or if it is wiser to continue focusing on habitat restoration in the basin.

James assured the Tribes will continue with habitat work, but added the hatchery must be considered a key component of bringing salmon back into the Walla Walla River.

The public has until April 29 to submit comments. BPA will release a draft EIS by winter, with its final report and decision by summer 2014.

The hatchery would collect adult spring Chinook for broodstock downstream at Nursery Bridge Dam. James said their goal is for returns of 2,750 salmon out of the 500,000 smolts, accounting for state and Tribe harvests, with about 10 percent pre-spawning mortality.

This all depends on BPA making the decision to fund this facility,?James said.

Jay Marcotte, fish and wildlife project manager with BPA, said the biology of the proposal looks solid. They have a responsibility to protect fish and wildlife resources in the Columbia Basin, and the hatchery is one way to satisfy that requirement.

If you look at is as a whole, all the work BPA has funded over the years has set the stage where the hatchery now makes a lot of sense,?Marcotte said. It would also fulfill our commitment under the accord with the Tribes.