Supporters of President Donald Trump climb the west wall of the the U.S. Capitol on Wednesday, Jan. 6, 2021, in Washington.

With the U.S. Capitol in the background, members of the National Guard stand behind newly placed fencing around the Capitol grounds the day after violent protesters loyal to President Donald Trump stormed the U.S. Congress in Washington on Thursday, Jan. 7, 2021. 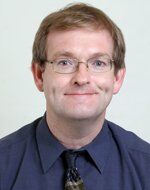 Supporters of President Donald Trump climb the west wall of the the U.S. Capitol on Wednesday, Jan. 6, 2021, in Washington.

With the U.S. Capitol in the background, members of the National Guard stand behind newly placed fencing around the Capitol grounds the day after violent protesters loyal to President Donald Trump stormed the U.S. Congress in Washington on Thursday, Jan. 7, 2021.

PENDLETON — Washington, D.C., is about 2,500 miles away from Eastern Oregon, but the reverberations were felt across the country.

As a part of an insurrection, a mob of people pushed past police to breach the U.S. Capitol building on Wednesday, Jan. 6, as lawmakers were in the process of certifying Joe Biden’s victory over President Donald Trump. Legislators were escorted to safety, and although they eventually proceeded with the vote, the siege left five dead.

One former Hermiston resident was at the Capitol on Jan. 6, not as a protester or a lawmaker, but as a journalist.

Frank E. Lockwood, a Hermiston High School graduate who covered sports for the East Oregonian during high school in the 1980s, is the Washington, D.C., correspondent for the Arkansas Democrat-Gazette. He said on Jan. 6 he was rotating back and forth between listening to speeches in the House and Senate, and each time he walked past the windows facing outside the building, he could see an unruly crowd growing larger.

When he returned to the House chambers for the last time, he could hear protesters had entered the building. It was a “high-stress” situation, he said.

“You would hear snippets of information over police radio,” he said. “Reports kept coming in, and they were getting more and more alarming — calls for backup, updates that things were getting out of control, reports that tear gas had been deployed.”

Soon, Capitol Police down below were using heavy furniture to barricade the doors into the chamber as protesters smashed the windows around the doors. Lockwood and others looking down on the scene from above had not been able to be evacuated at the same time as lawmakers on the floor, but eventually they were evacuated as well.

Knowing that some protesters were caught on film physically assaulting members of the media in the past year, including in videos of the Jan. 6 protest that later emerged, Lockwood said he was concerned for his safety if protesters breached the undisclosed location they were evacuated to.

“I took off my tie. I took off my suit jacket. I tucked away my press IDs, I figured I would be more likely to blend in that way,” he said.

He said he was grateful for many he encountered during the experience, including the Capitol Police and congressional staffers who led people to safety, and a lawmaker who offered him a spare COVID-19 mask when he realized he had lost his while donning one of the gas masks everyone was instructed to pull from under their seat in the chamber.

When the building was eventually cleared and Congress returned to work, Lockwood did too. When he finished covering the certification of the election results and left, it was 3:45 a.m. on Thursday, Jan. 7, and he realized, due to the curfew imposed by the mayor, that it wasn’t possible for him to catch a taxi or Uber. So he waited until the subway reopened and returned home after 6 a.m. to be greeted by his very concerned dog.

Lockwood got his first interest in politics as a 13-year-old in Hermiston, when he had a long conversation with prominent Hermiston resident Joe Burns about the results of the 1980 election when Ronald Reagan beat incumbent Jimmy Carter for the presidency. His father, Frank Lockwood Sr., is a former Hermiston Herald reporter, and Lockwood Jr. wrote sports stories for the East Oregonian during his high school years for his first taste of journalism.

“I helped cover the game when Hermiston beat Pendleton (at football) for the first time in living memory,” he said.

Since graduating and leaving Hermiston, he said his experiences as a journalist in Washington, D.C., have often felt surreal, including attendance at inaugurations, State of the Union addresses, and an interview with President Donald Trump in the Oval Office. Second only to his experience being in D.C. on Sept. 11, 2001, however, he said Jan. 6, 2021, will always be a particularly memorable day.

Watching the news from his home in Pendleton, Mark Petersen, the chair of the Umatilla County Democratic Party, recalled watching stagings of the French Revolution on TV, but this time the setting was more familiar.

“They weren’t soldiers,” he said. “They were Americans.”

The Greater Hermiston Republican Women organized a small “Stop the Steal” rally in Pendleton on Jan. 6, but the group declined to comment via Facebook Messenger.

“I have no say on the events that occurred in Washington,” a member wrote. “I wasn’t there. Thank you for the opportunity God Bless.”

The mother of Suni Danforth, the chair of the Umatilla County Republican Party, answered her home phone and said Danforth was out of the area and wouldn’t be available until Monday, Jan. 11.

After the breach ended, some conservatives spread a baseless conspiracy theory that left-wing agitators had posed as pro-Trump protesters to initiate the riot and smear the president.

Another common argument was that liberals and the media were overly focused on the breach, while playing down the violence and property destruction in Portland and other major cities during Black Lives Matter protests.

U.S. Rep. Cliff Bentz, R-Ontario, brought up Portland when a reporter from The Oregonian asked him if he was surprised about the breach.

“(I’d) point out the failure of those in Portland to appropriately manage the 100 days of burnings and riots and property destruction that probably convinced a lot of people that law enforcement didn’t exist anymore in big cities and encouraged this kind of activity,” he said in the Jan. 6 interview.

According to The Oregonian, Bentz would go on to join a failed attempt to throw out the votes from Pennsylvania, although he later acknowledged Biden as the president-elect.

“The BIPOC (Black, Indigenous, people of color) community was not surprised by this,” she said.

Spencer noted the vast disparity in how many people were arrested in the breach in comparison to the Black Lives Matter protests, with some police even posing for pictures with members of the mob.

She added that she didn’t advocate for a more violent response from police in the Capitol breach, just a less violent approach when police deal with people of color.

Petersen said Bentz and Trump were complicit in inciting the riot, but he didn’t know how the country would come together after this.