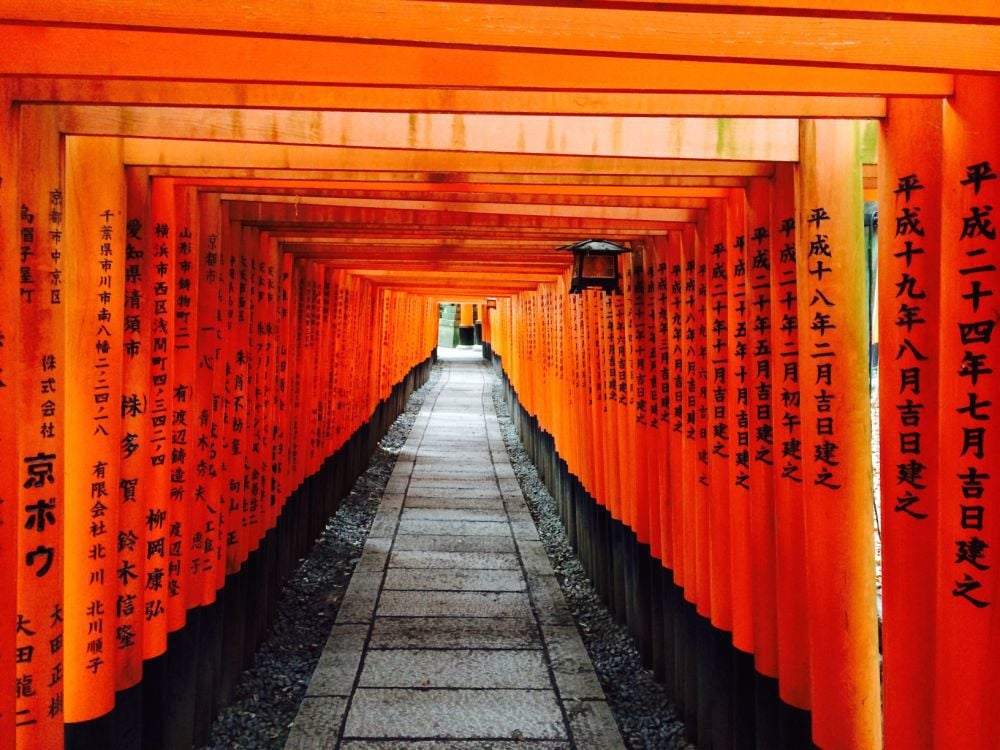 <p>The Fushimi Inari shrine in Japan was begun in 711 and the main structure was completed in 1499. Inari is the god of rice</p> 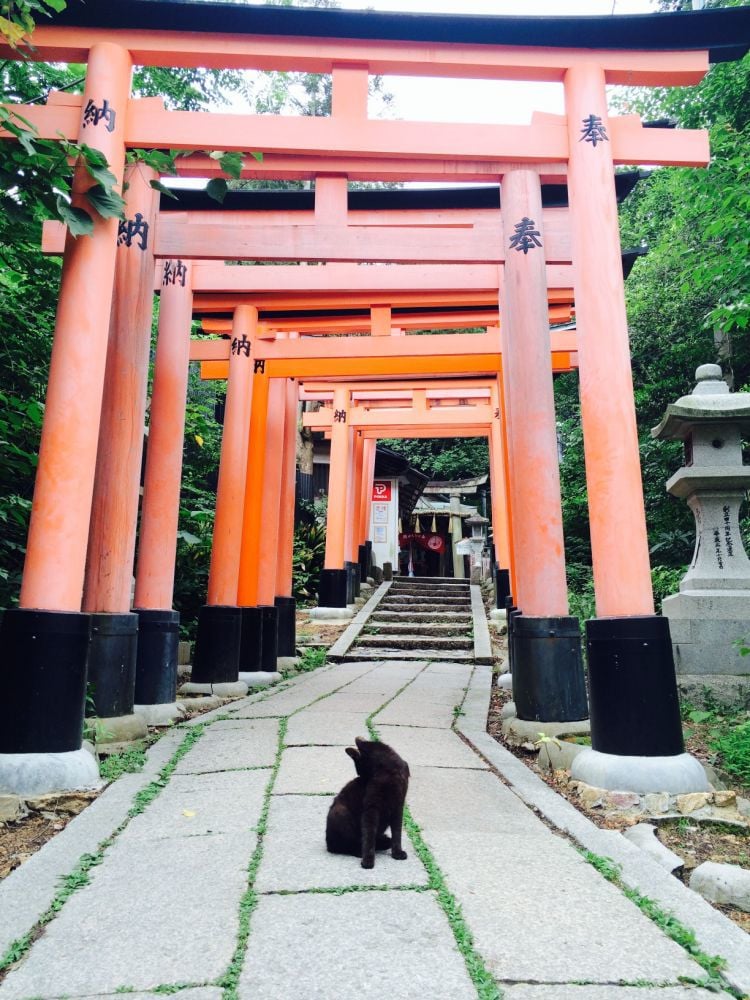 <p>A cat sits at the Fushimi Inari shrine in Japan, which was begun in 711 and the main structure was completed in 1499. Inari is the god of rice.</p> 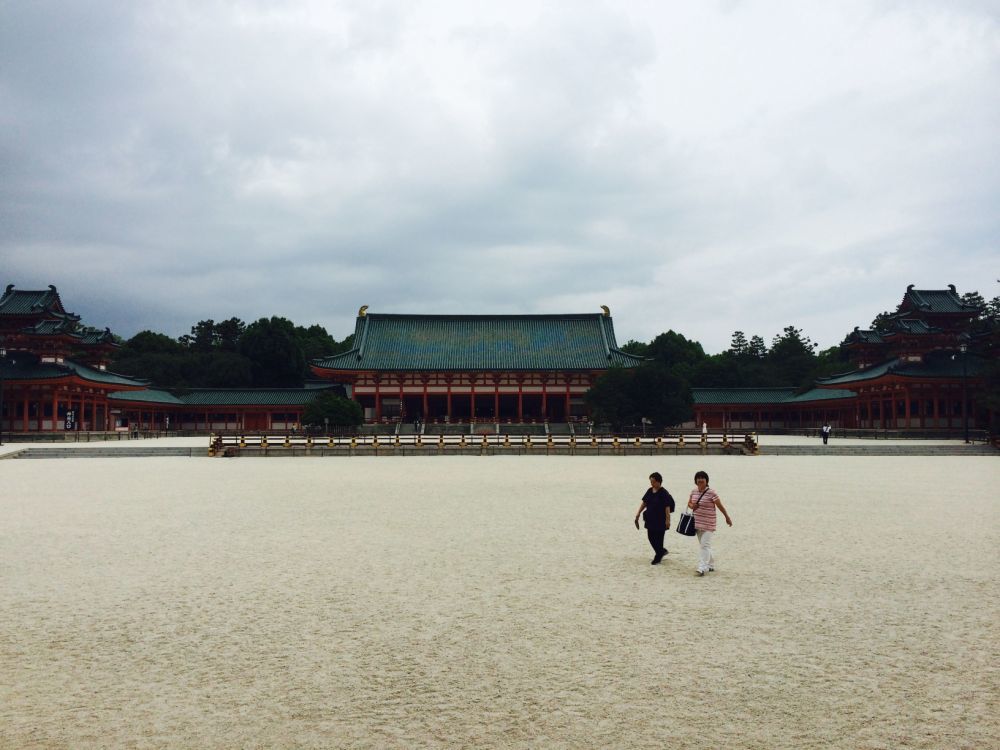 <p>The Heian Shrine in Kyoto is a shrine of the Shinto faith. It was burned down in 1976 and rebuilt three years later.</p>

<p>The Fushimi Inari shrine in Japan was begun in 711 and the main structure was completed in 1499. Inari is the god of rice</p>

<p>A cat sits at the Fushimi Inari shrine in Japan, which was begun in 711 and the main structure was completed in 1499. Inari is the god of rice.</p>

<p>The Heian Shrine in Kyoto is a shrine of the Shinto faith. It was burned down in 1976 and rebuilt three years later.</p>

If there is any city that deserves to be visited to gain a quintessential Japanese experience, its Kyoto. Although the modern cosmopolis of Tokyo is understandably the first city that comes to mind when thinking of Japan, it doesnt encapsulate nearly as wide a breadth of history as Kyoto.

Its not just that Kyoto houses the Imperial Palace and its ancillary buildings like Nijo Castle (a medieval samurai stronghold) as well as a plethora of temples and shrines designated as UNESCO World Heritage Sites. The inhabitants of Kyoto are keenly aware of their own place in history and take great pride in it. A casual conversation at a sake bar can reveal a deep connection to the past. Thats what happened when I met a man who works for the construction company that built Heian Shrine located in the center of town more than two centuries ago.

Indeed, Kyoto is a city so steeped in history that many Japanese flock there to learn about themselves. While one will find their fair share of tourists milling about all the main sights and restaurants downtown for every gaijin (foreigner) you see, there will be five Japanese nationals either as individuals or as part of a tour group. That ratio is even more lopsided during Golden Week, a two-week holiday period in early May when most Japanese take their vacations for the year.

One of the most supreme ironies of Kyoto is the touring of Zen Buddhist temples and Shinto shrines across the city. While these sites were intended to be places of quiet and solitude, they have become places of chaos and disorder as one must dodge tourists clogging up pathways to incessantly take photographs. The potential silence of the places is sacrificed by a merciless cacophony of high school tour groups full of students excitedly screaming and giggling.

Thus the old axiom of show up early to beat the crowd is extremely applicable to the sights of Kyoto. Take for instance the holy site Fushimi Inari, a Shinto shrine dedicated to the worship of the fox spirit. Although the main temple sits at the base of a small mountain, the main draw is a series of paths leading up the mountain that are lined with torii (a wooden archway, usually painted orange, symbolizing the transition into a sacred space). Many of the paths fork off to leading to smaller shrines, cemeteries, and small ponds hosting koi and turtles lazily swimming about. The serenity and quietude of such a place is best experienced at dawn when the site opens to the public (but before the arrival of tour groups) so one can appreciate meditative nature of the surroundings. If youre extremely jet lagged and still operating on Pacific Standard Time you wont have a problem waking up early.

Perhaps the most peaceful places can be found on the outskirts of the city. Although it is not well known for them, Kyoto hosts a few onsen. These open air hot springs are sites developed over natural hot springs designed to be harmonious with their surroundings by having the soaking pools be surrounding by small gardens and tree groves. After a 30-minute

ride on a rickety 1950s railcar up a mountainside and a 10-minute walk up a dark country road and across a bridge I arrived at Karuma Onsen. Though very modest in its appearance and design, I was one of only five patrons in the entire establishment (and the only gaijin). The light evening drizzle provided the perfect contrast to the to the warm water.

Even a small five-second earthquake couldnt disturb my relaxation.

James Dean Kindle is a singer-songwriter and musician and part-time Pendleton resident. You can contact him at jamesdeankindle@gmail.com