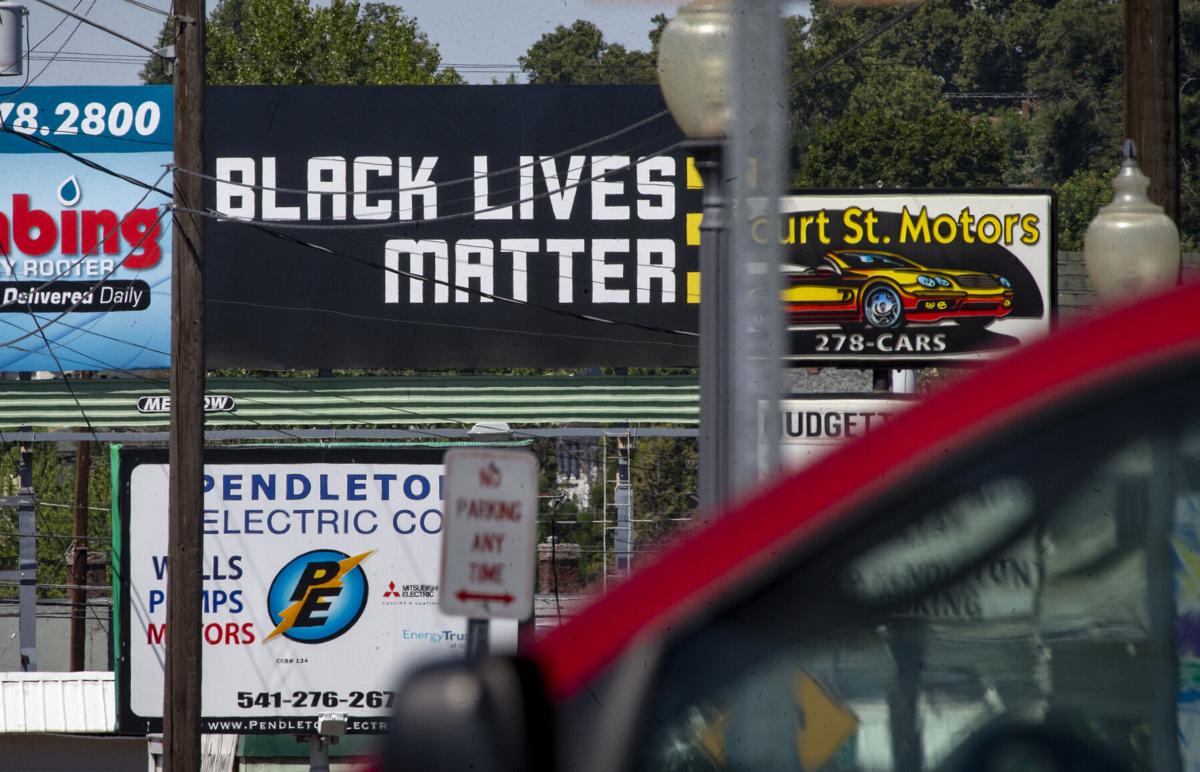 A billboard on Southeast Seventh Street and Court Avenue displays the phrase “Black Lives Matter” on Monday, July 27, 2020. The billboard, paid for through a crowdfunding campaign, went up on Monday, July 20, 2020, and will stay up through mid-October. 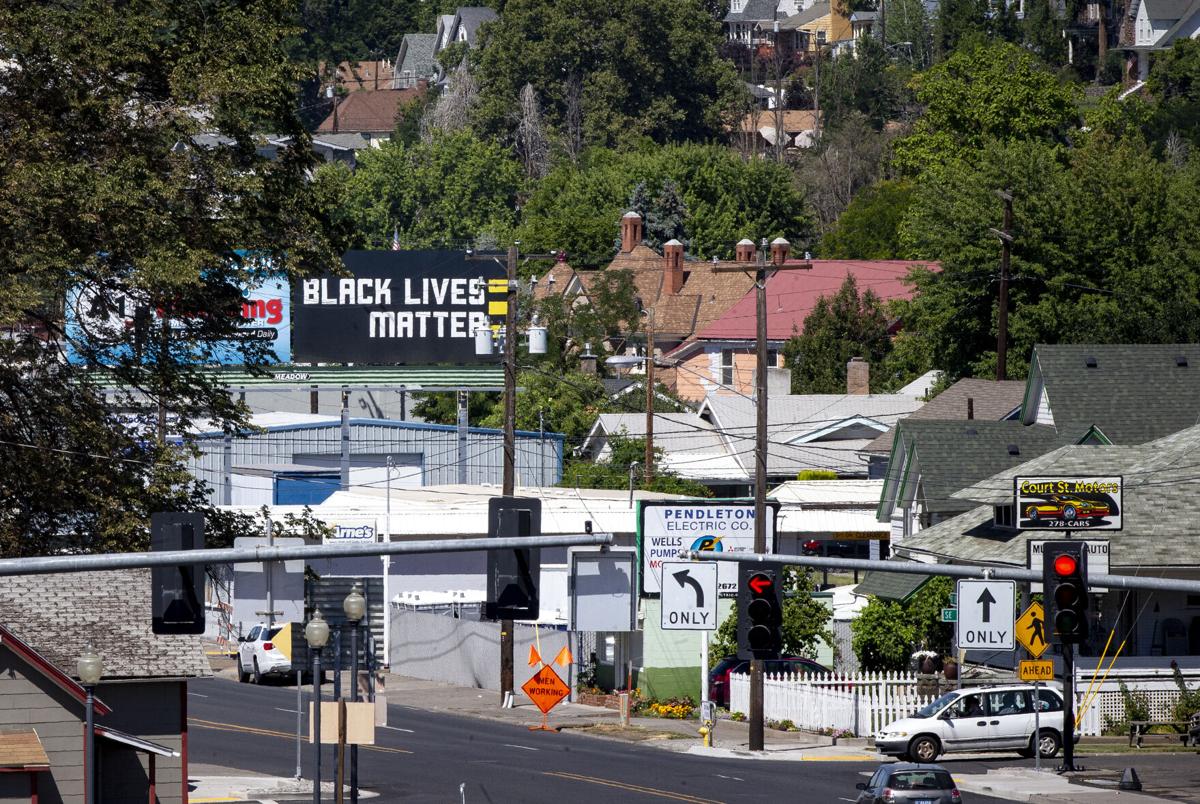 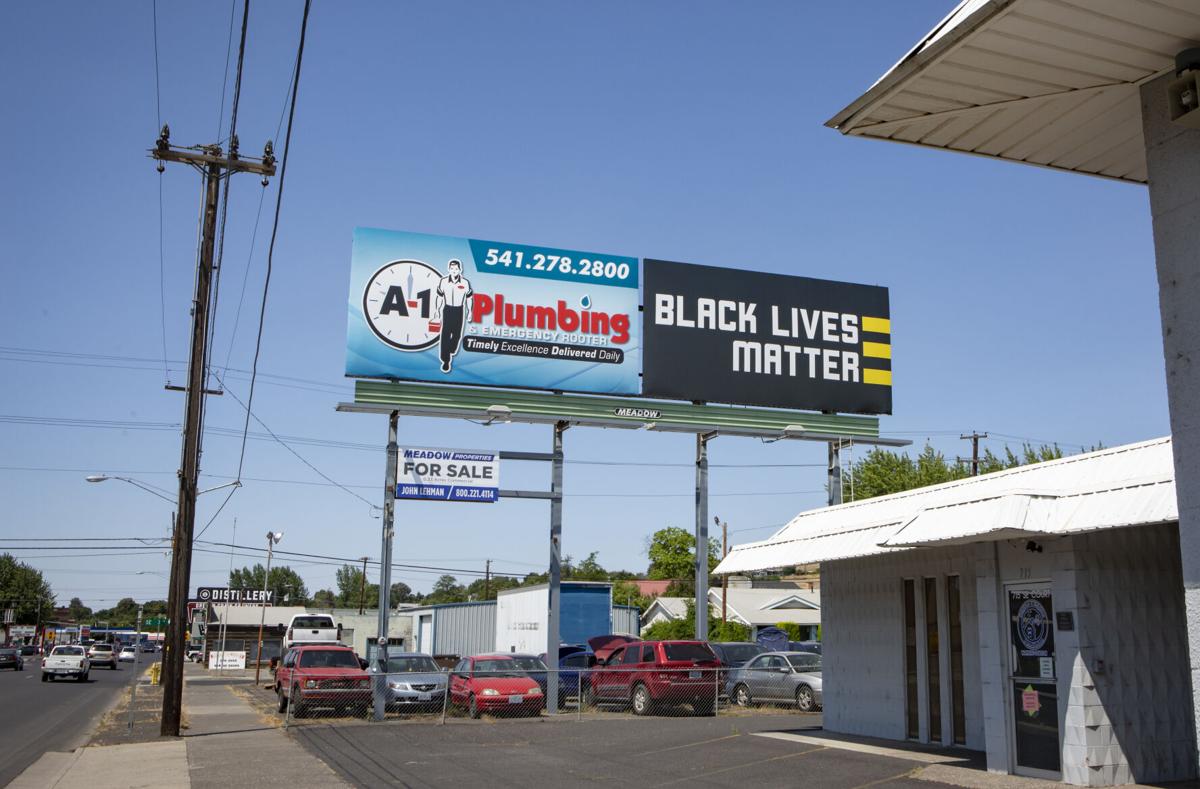 A billboard on Southeast Seventh Street and Court Avenue displays the phrase “Black Lives Matter” on Tuesday, July 21, 2020. The billboard, paid for through a crowdfunding campaign, went up on Monday, July 20, 2020, and will stay up through mid-October.

A billboard on Southeast Seventh Street and Court Avenue displays the phrase “Black Lives Matter” on Monday, July 27, 2020. The billboard, paid for through a crowdfunding campaign, went up on Monday, July 20, 2020, and will stay up through mid-October.

A billboard on Southeast Seventh Street and Court Avenue displays the phrase “Black Lives Matter” on Tuesday, July 21, 2020. The billboard, paid for through a crowdfunding campaign, went up on Monday, July 20, 2020, and will stay up through mid-October.

PENDLETON — Those traveling west through Pendleton can now look up and to the right to see an example of the area’s local connection to the Black Lives Matter movement.

A billboard raised on Southeast Seventh Street and Court Avenue on Monday, July 20, prominently displays the phrase used as a unifying message of the nationwide protest movement against police brutality and systemic racism.

The billboard is set to display that message in Pendleton until at least mid-October thanks to a local crowdfunding campaign.

“I think it’s a symbol that this isn’t something that just impacts a small marginalized group because lots of people had to come together to donate their money to get this billboard up,” said Briana Spencer, one of the campaign’s donors who is a member of the Confederated Tribes of the Umatilla Indian Reservation, Black and Puerto Rican. “People always say put your money where your mouth is, and we did that.”

The campaign has raised $2,670 as of Friday, July 24, and was inspired by a similar one in St. Helens, where residents also raised enough funds to put up a Black Lives Matter billboard earlier this July.

Paige Snively, a 29-year-old living in Chicago who is originally from Pilot Rock, helped organize the campaign from afar after seeing local residents expressing interest in doing something similar on a Pendleton community Facebook page.

“That’s when I jumped in where I’m truthfully just a project manager for the cause,” Snively wrote in an email. “The real effort is being put in by those in the community every day to raise Black voices and awareness for the movement.”

The campaign raised the $1,200 necessary to install the billboard and rent the space for one month within 24 hours of Snively setting it up July 1 on GoFundMe.com and advertising it on social media.

The quick response within the community surprised Snively as the campaign hit $1,845 on July 9, enough to rent the space for a second month, and then hit a goal of $2,495 on July 20, enough for a third month.

“I think that speaks to the level of belief and support in the community around the cause,” Snively stated in an email.

There have been 74 unique donors to the campaign so far, with contributions averaging just over $35 and individual donations ranging from $5 to $100.

Spencer said the community’s willingness to contribute monetarily was a strong message in itself during the COVID-19 pandemic and widespread economic downturn.

“We’re putting our own suffering aside and saying, ‘OK let’s do this. This is bigger than what I’m going through right now,’” Spencer said.

The campaign is currently $480 shy of another month’s worth of rental space for the billboard, and Snively said the plan is to keep raising funds as long as people keep donating.

In the event that it eventually falls short of the required monthly rent payments and the billboard has to come down, the campaign indicates on its GoFundMe page that leftover donations will be directed to organizations supporting the Black Lives Matter movement.

“We’ll keep the billboard up as long as folks keep donating as the community as a whole is ultimately in charge,” Snively stated in an email. “That said, once the sign comes down that doesn’t mean the end of Black Lives Matter. From what I’ve seen, people are committed to the lifelong work that is needed.”

PENDLETON — A group of Umatilla County residents is asking county commissioners to support communities of color.