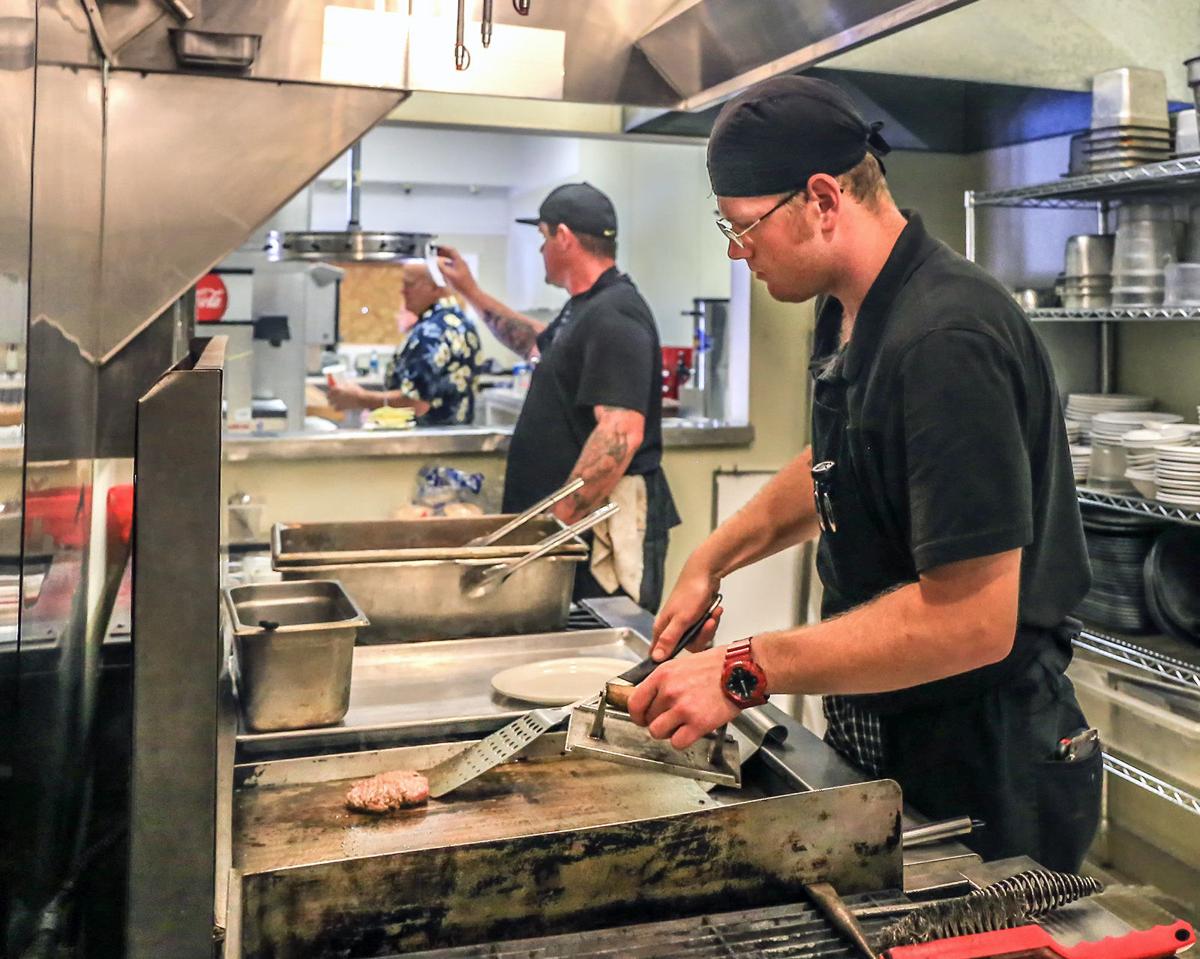 Andrew Eickstaedt flips a burger Saturday shortly after the opening of The Last Supper, a restaurant associated with Desert Rose Ministries. 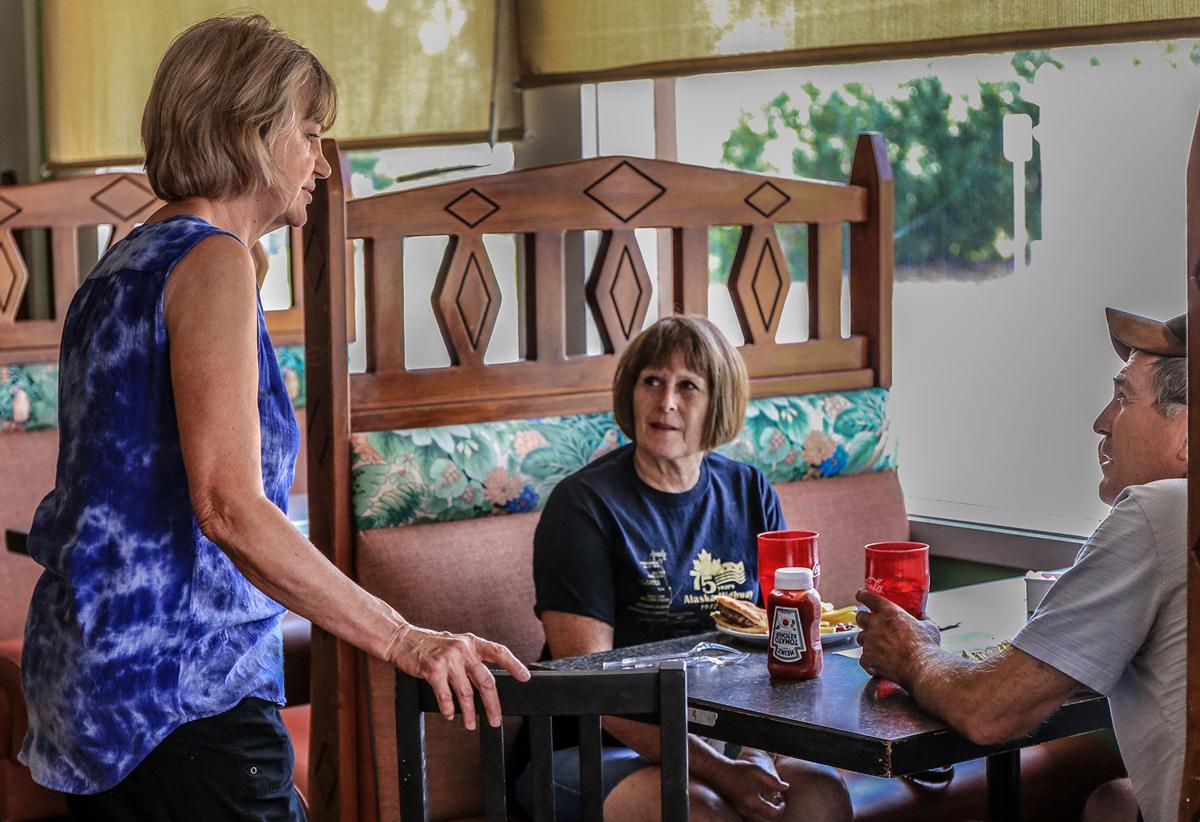 Church member and mentor Connie Halsey chats with two of The Last Supper's first customers, Paul and Sharon Winans, as they eat hamburgers.

Andrew Eickstaedt flips a burger Saturday shortly after the opening of The Last Supper, a restaurant associated with Desert Rose Ministries.

Church member and mentor Connie Halsey chats with two of The Last Supper's first customers, Paul and Sharon Winans, as they eat hamburgers.

Hermiston’s Desert Rose Ministries has made a name for themselves as a place to help people get back on their feet. They hope to live up to that name with their newest project: Last Supper Dining, a restaurant located next to the church that will create jobs for people who may have trouble getting them elsewhere.

Desert Rose took over the vacant restaurant at the corner of East Fifth and Main streets earlier this year, and its members have been hard at work turning it into a place for the public.

The restaurant, which had its soft opening this weekend during the 3-on-3 basketball tournament, will have a biblical theme, according to pastor Jason Estle, serving things like “Samson sirloins” and “Rabboni ribeyes,” as well as scriptures on the menus and cards for prayer requests on the tables.

“We’re going to have fun with the names,” Estle said. “And if someone wants to have their meal blessed, we can do that.”

The idea for the restaurant came earlier this year, when Estle met with the church board to discuss ideas to create jobs in the community.

“With this restaurant, that’s exactly what it’s doing,” he said. “We’ll try to employ people on state assistance, people struggling to get jobs because of felonies. Those aren’t the only people we’ll employ, but the goal is to help people that need work, and need to be able to do things to fit better into society.”

He hopes to employ six or seven people once the restaurant opens, but those working to get it ready for business are all volunteers.

The restaurant will largely be furnished by community donations, including dishes, booths and a salad bar — which Estle attributes to community spirit.

“We opened the restaurant with less than a thousand dollars in the bank account,” Estle said. “People have donated from around the community, not even really knowing what they are donating, if that makes sense,” he said. “The lady who gave us booths didn’t even know we were opening a restaurant.”

Though the restaurant hadn’t opened yet, Estle said on Wednesday that it was already achieving the goals he’d hoped.