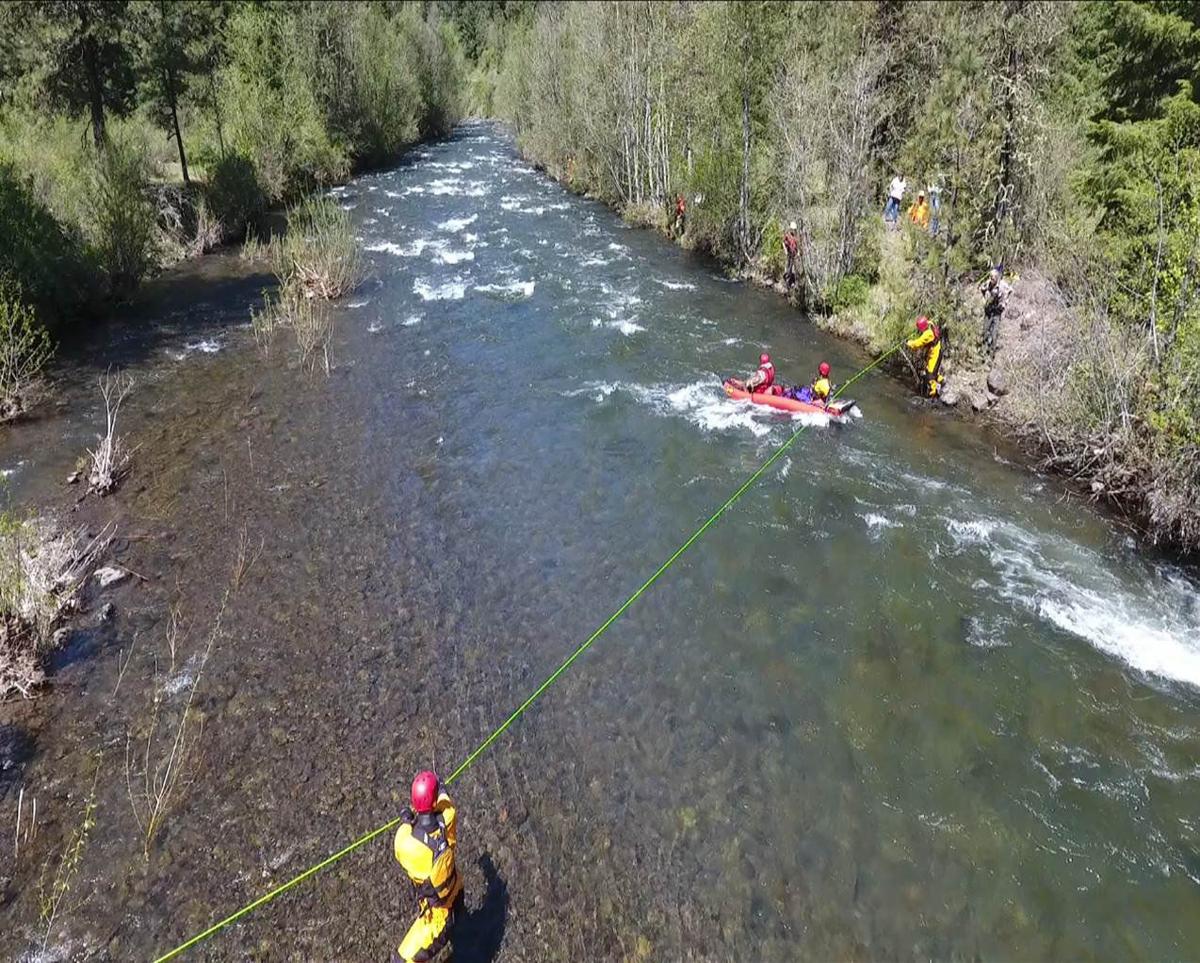 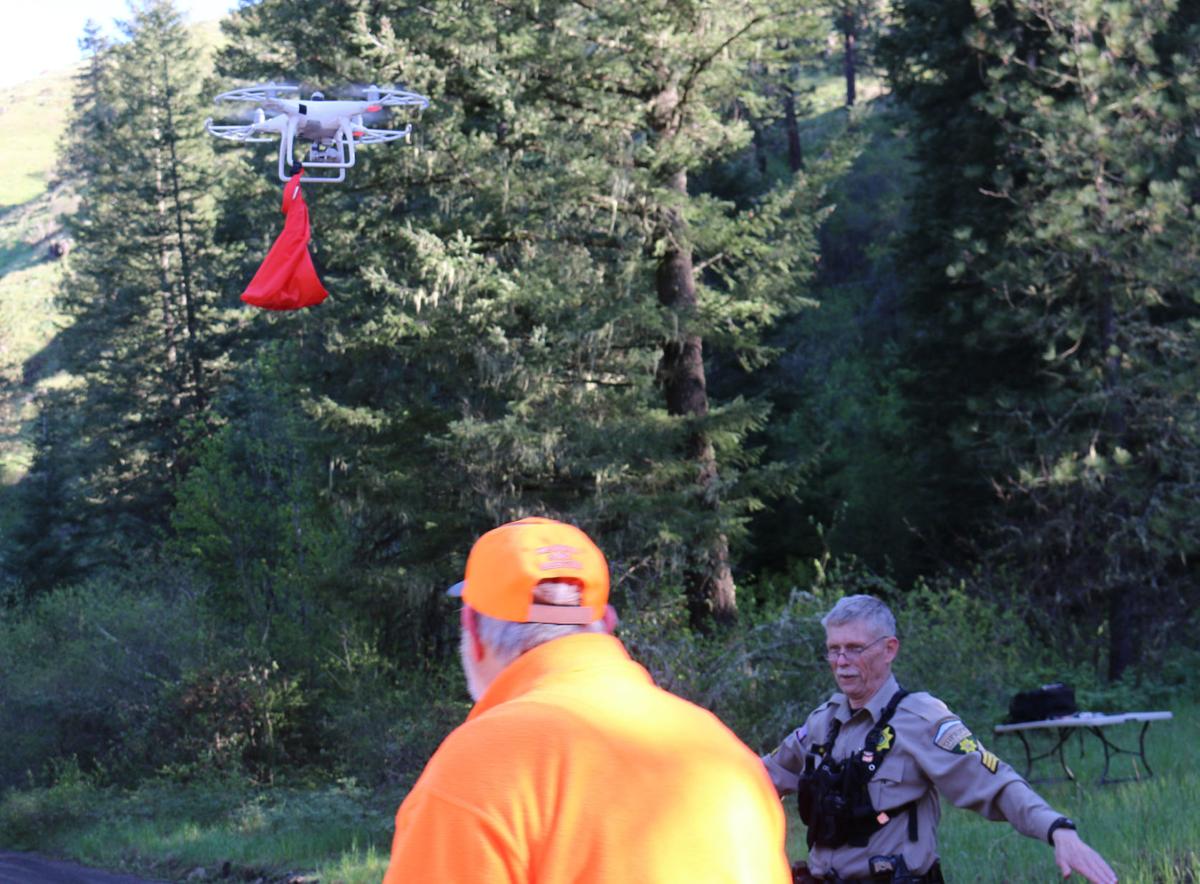 Rescuers brought two local bear hunters across the rushing Umatilla River, and a drone brought them a snack after a long night in Blue Mountains.

Tony Bolin of Umatilla and Jacob Perry of Hermiston were a little worn out and hungry after the ordeal, said Sgt. Dwight Johnson, who heads up search and rescue for the Umatilla County Sheriff’s Office, but were otherwise OK.

The pair went hunting Saturday and crossed the river east of the Umatilla Forks Campground, Johnson said, then drove along the south side of the river before setting out on foot to mountain ridges, which offer expansive and clear views of the territory.

They spotted and shot a bear, Johnson said, and the wounded animal fled down the ridges toward the river. They tracked it, field dressed it and decided they could hike along the river to their vehicle.

They ran into cliffs, Johnson said, and tried to cross the river. Both went in at different points but couldn’t cross.

They called a relative for help, and at 10:06 p.m. he called the sheriff’s office, relayed their situation and said they were below the Lick Creek trail head and could not get out.

Johnson said he got to the area around 11:30 or midnight and reached the men on radio. They reported they were wet, cold, and hungry, he said, but not injured.

Johnson said he assessed the situation and while the river is not wide where they were, crossing in the dark during the swift spring runoff was too treacherous. He said the pair’s biggest issue was the cold, but they were able to start a fire.

“We told them hunker down for the night,” Johnson said.

The sheriff’s office does not have swift-water rescue team, but Wallowa County does, and Johnson said he called for their help Sunday around 4 a.m.

The sheriff’s office also deployed its latest tool to help the hunters. Johnson said Tom Roberts, the Umatilla County’s emergency manager, operated the search and rescue drone to fly them jerky and even home-made cookies.

The swift-water team arrived around 10:45 that morning, Johnson said, and threw a line to the men across the river, then brought them over one at a time on an inflatable kayak. By about 12:15 p.m. Sunday, they were safe.

They even had a bit of an audience, he said, as the men’s wives and one of their mothers witnessed the rescue.

Bolin and Perry declined to comment for the story.