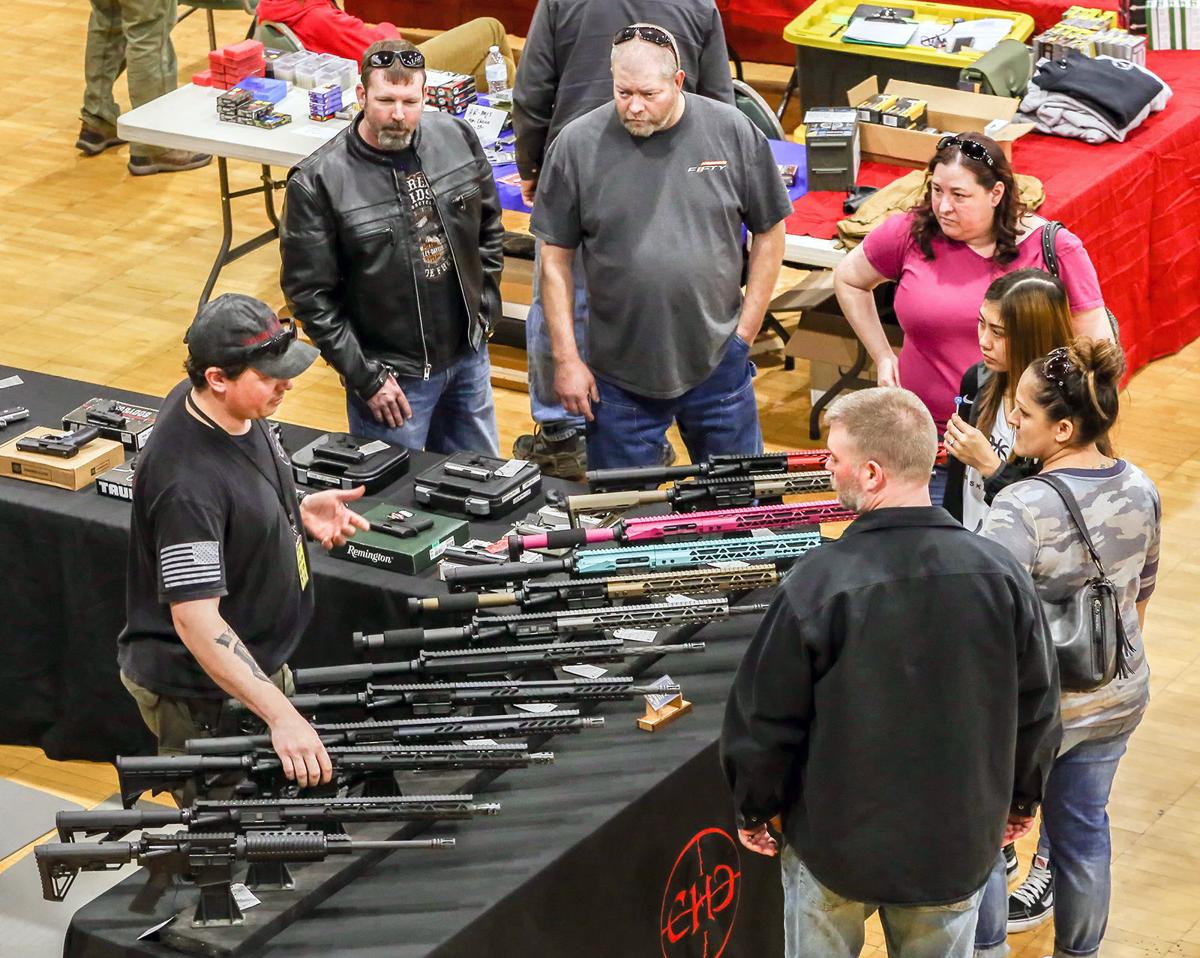 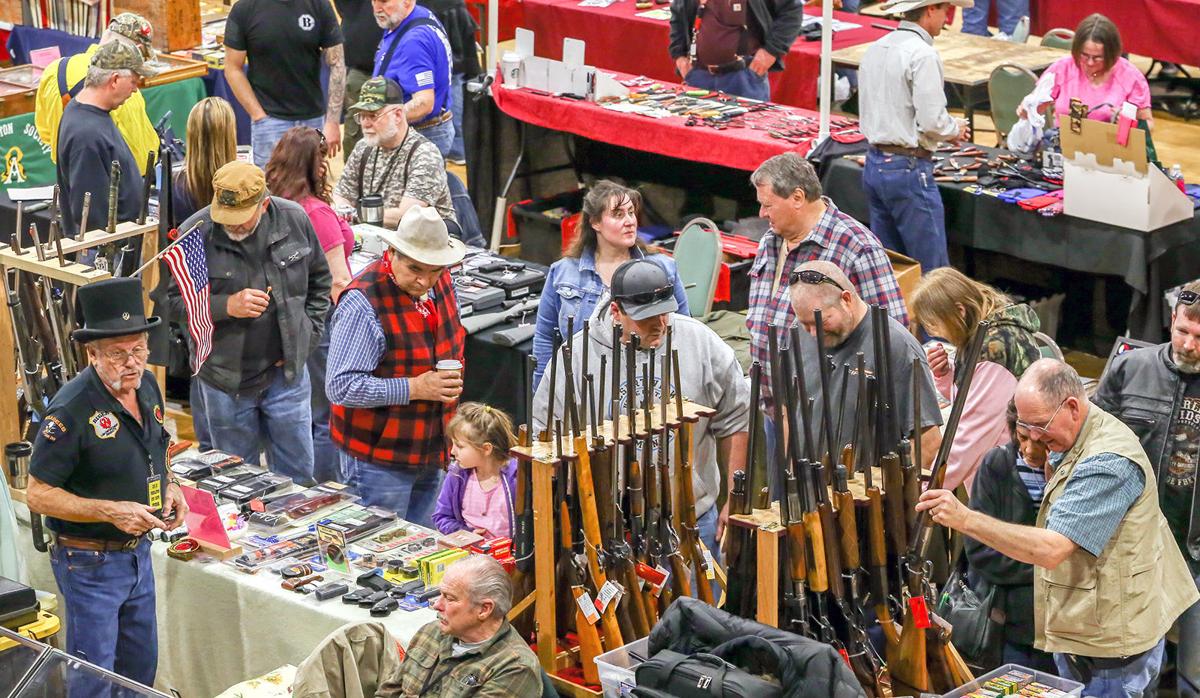 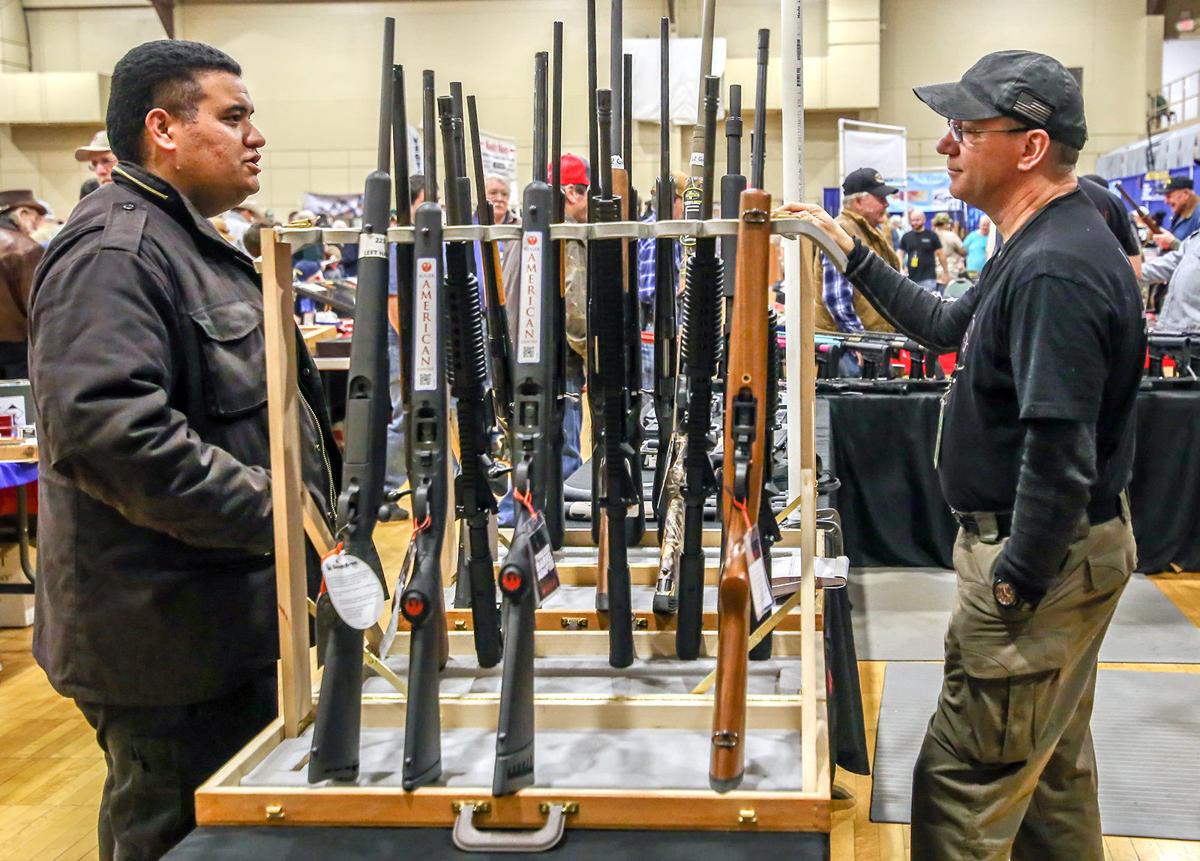 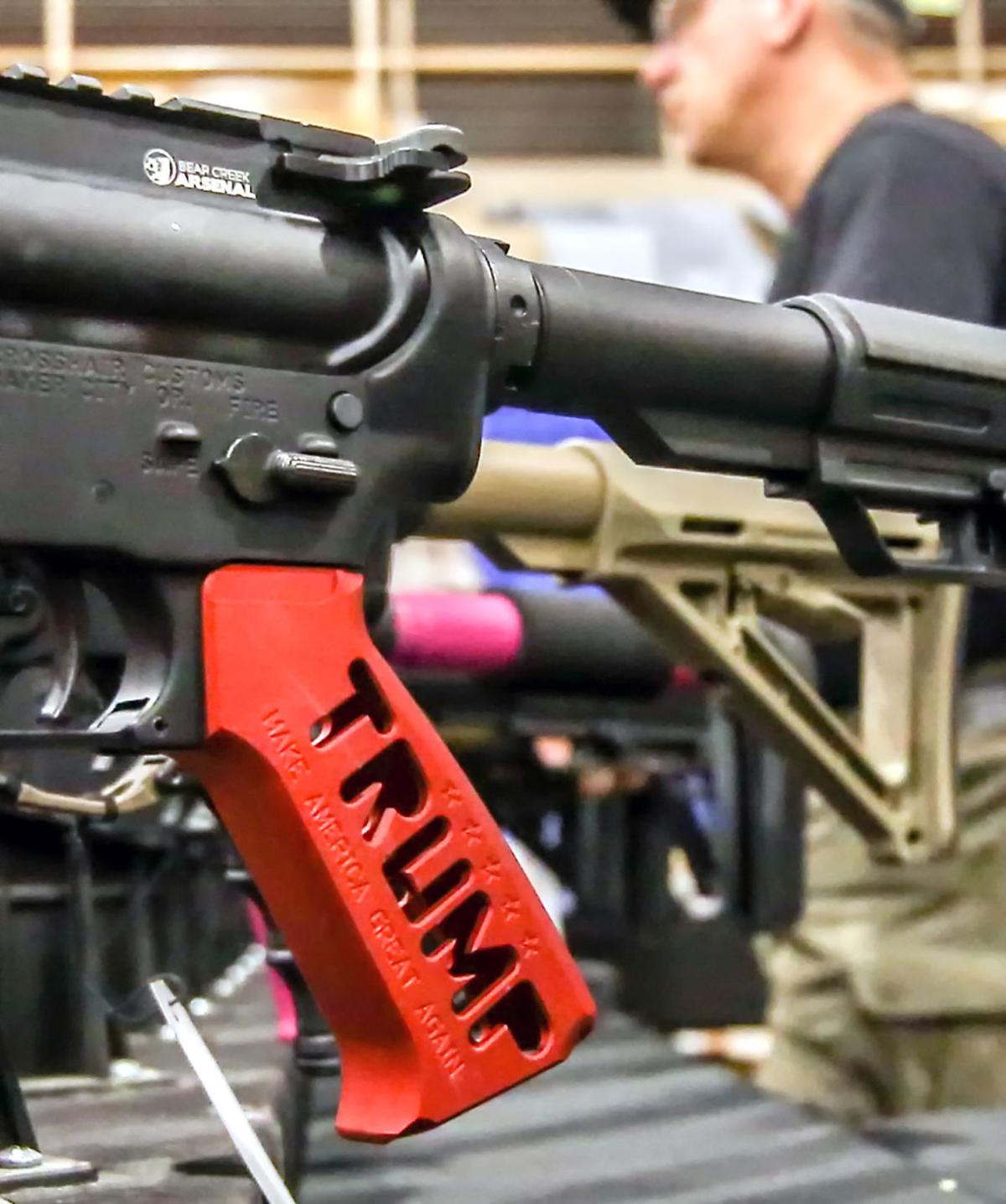 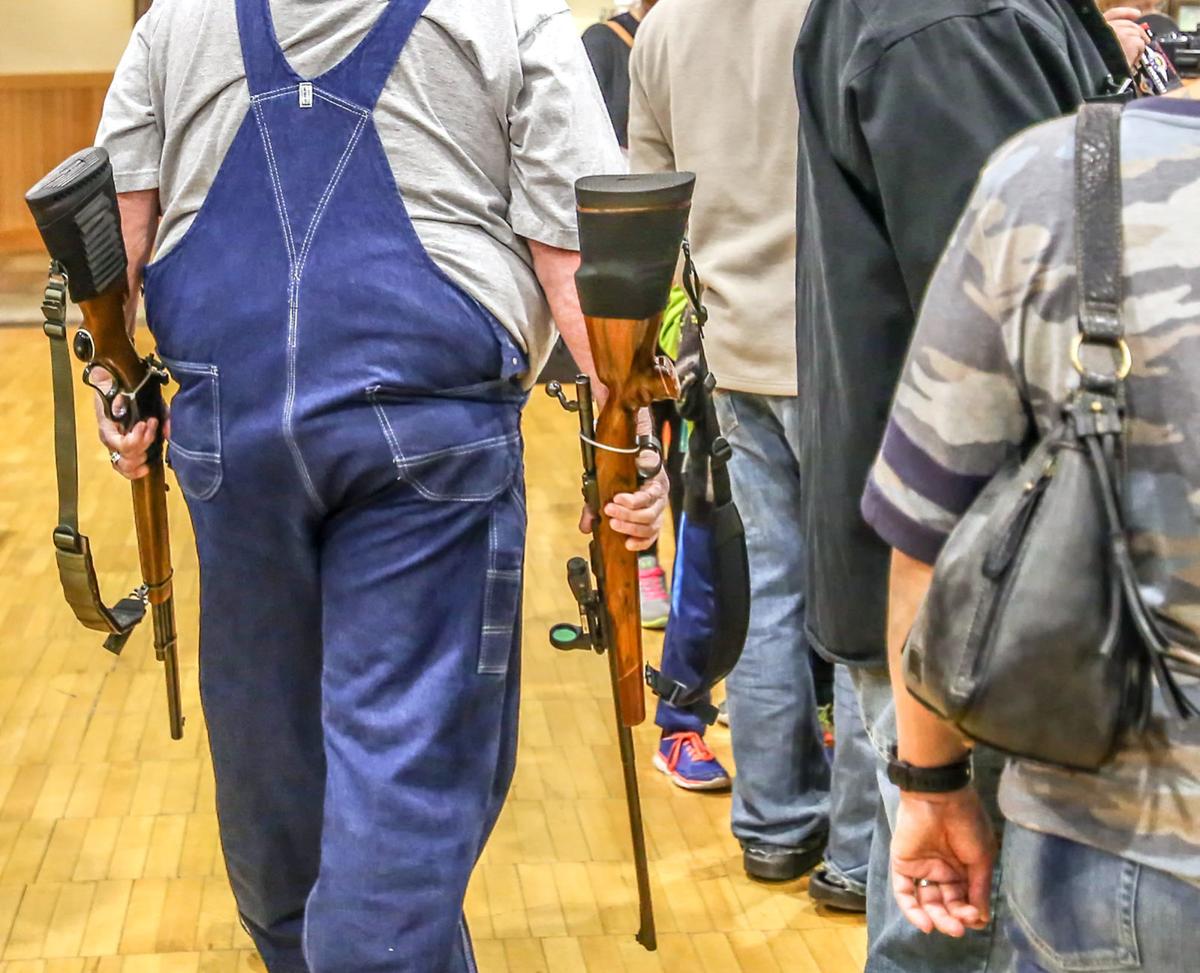 Eastern Oregon’s largest gun show was to open at 9 a.m. Saturday at the Pendleton Convention Center, but a vendor from Indiana never arrived. Voss did not want a noticeable gap in the exhibition hall, so the three empty tables were used at the last minute for a display of military weapons from a local collector.

Even without the Indiana representation, the show had 48 vendors spreading out across 140 tables to offer everything from backpacks to collector guns to tactical weapons, including dozens of AR-15s.

The vendors were from throughout Oregon, Washington and Idaho, Voss said, and is about twice the size of the next largest area show, which took place in La Grande two weeks ago. He should know — he organizes that one, too.

The Pendleton show is in its third year and is a big shot in the bank account of the Pendleton City Club, the charitable organization that provides grants to benefit Pendleton youth. Tim Simons, City Club president and Pendleton community development director, said close to 1,300 paid to get into this year’s show and the club hopes to clear more than $5,000. The proceeds help pay for a range of youth programs, he said, from sports to helping feed children.

“If it’s something we think is a good activity for the youth, we generally give the money,” Simons said.

The City Club used to operate the sportsman show at the convention center, but Voss and others said that declined in popularity when the event provided space to sellers offering homemade goods, such as candles and jams. Simons said the City Club reached out to Voss as a solution.

Voss said he was eager to have a show in Pendleton as long as he oversaw the vendors, and homemade goods were not going to be a part of the show.

Voss and the city club split the gate, and the club gets a portion from the show’s sponsors. The club in exchange provides its insurance policy to cover the show, and its members lend their muscle to help vendors set up and tear down. Simons said the club even handle clean-up instead of leaving it for convention center employees.

Voss said the vendors dig having the help and he likes giving to a local community. The show also has some economic benefit to Pendleton because only two vendors were local, he said, and many of the rest were in hotels and dined out.

John Stewart and Amy Moody worked hard Friday night to set up the display for Crosshair Customs of Baker City, which makes guns and sound suppressors, commonly known as silencers. Stewart said owner Clay Winton started the business two years ago in his home and now owns a brick-and-motor store that employs five people. The business also is looking to expand and add machinists.

“Those are quality jobs in Baker City, not just minimum wage,” Stewart said.

Stewart said gun shows promote the retail side of the business, and they would like to make more than $4,000 at a show. Selling four or five of their AR-15 rifles usually covers that.

Retired pharmacist Daniel Brown of La Grande came to Pendleton to sell from his extensive private collection of guns. He said his wife is forward thinking and does not want to bother with all the firearms if he were no longer around. While he had some newer, shiny pieces, he also had working guns from the 19th century, including an 1889 Colt revolver.

Brown said he parted with about a third of his collection at the recent La Grande show and for the right price he would sell everything on the table. He also said the days of a loophole for guns sales at a show are over. Any sales he makes have to go through a background check, which Oregon law requires, and takes place on the show room floor for $20.

“As a vendor selling my private collection, I don’t want to be nailed for breaking the law,” he said.