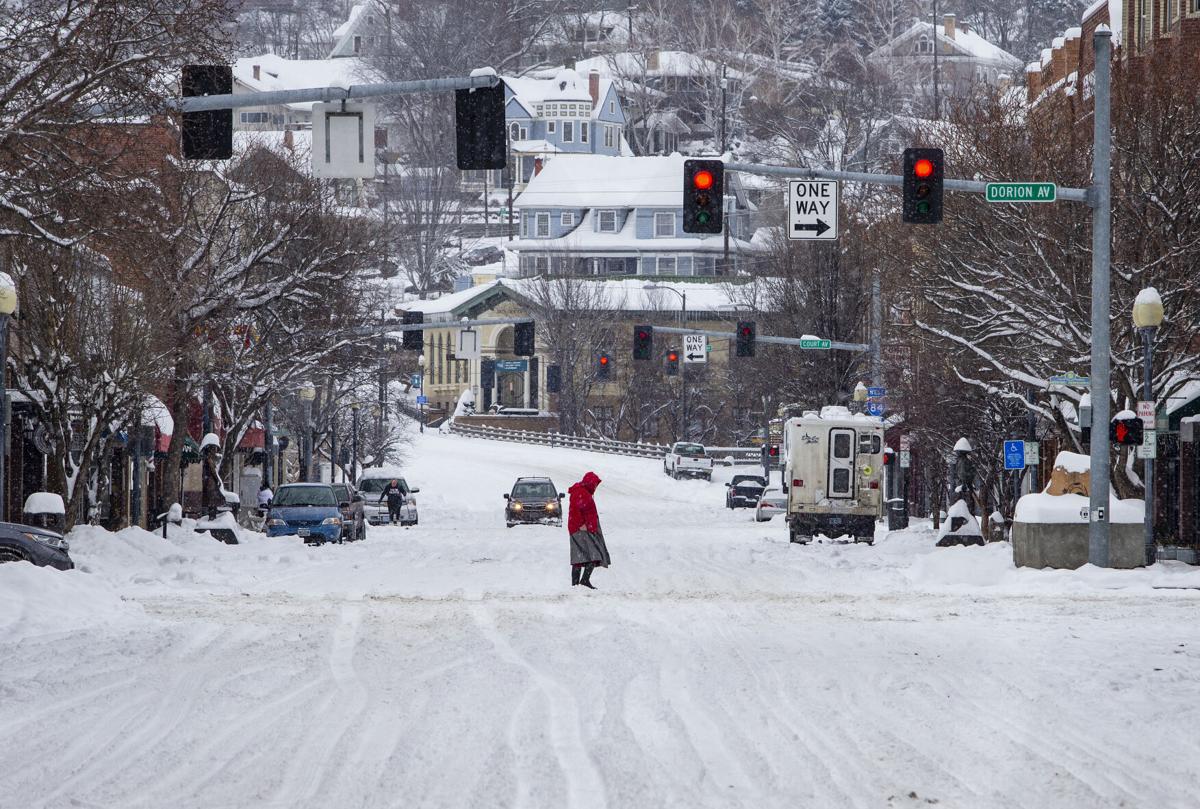 A pedestrian trudges through the snow in downtown Pendleton on Sunday, Feb. 14, 2021. 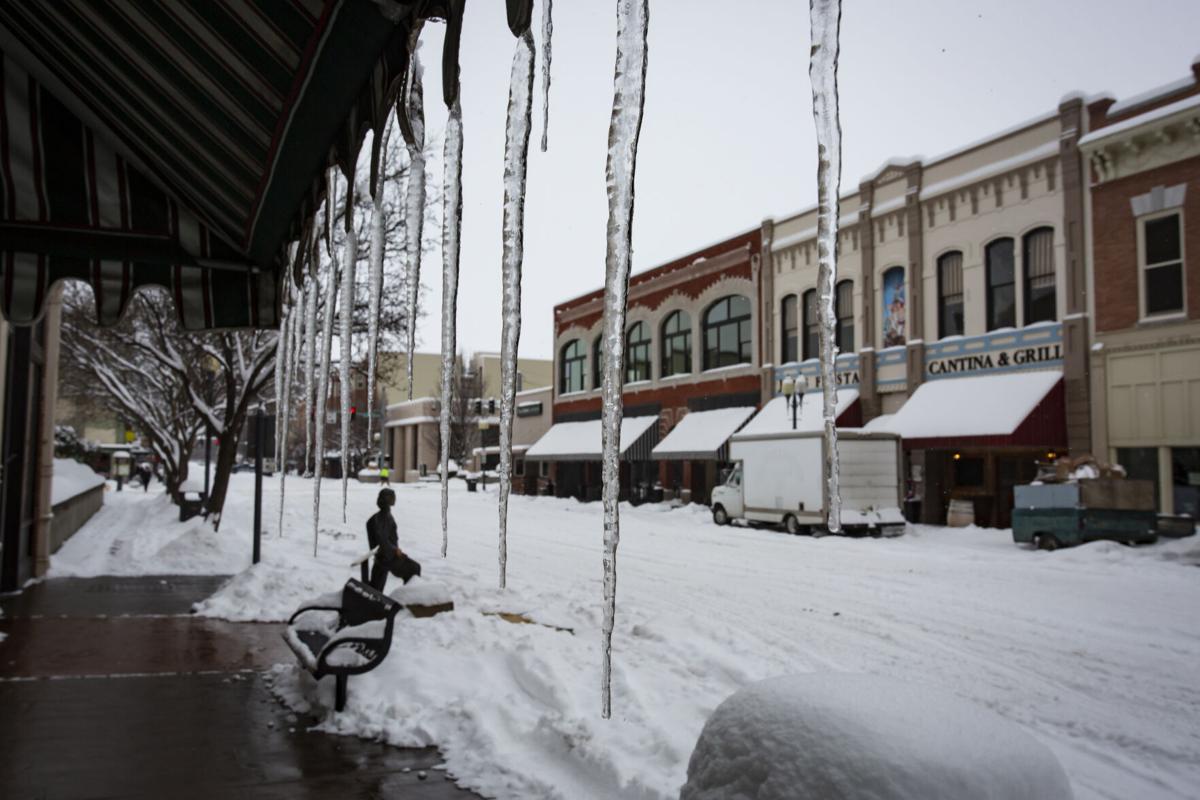 Icicles hang from an awning along Main Street in Pendleton on Sunday, Feb. 14, 2021.

A pedestrian trudges through the snow in downtown Pendleton on Sunday, Feb. 14, 2021.

Icicles hang from an awning along Main Street in Pendleton on Sunday, Feb. 14, 2021.

PENDLETON — Back-to-back-to-back storms blanketed the region in more than a foot of snow, but local meteorologists don’t expect the aftermath to create the kind of conditions that led to the Umatilla County floods last February.

Rob Brooks, a meteorologist with the National Weather Service’s Pendleton office, said three successive systems, starting on Thursday, Feb. 11, and running through the morning of Feb. 15, combined to pelt the region with massive snowfall amounts.

Brooks said reports coming from other parts of Umatilla County show that most other areas also saw well over foot of snow by early Feb. 15.

While still a far cry from the all time record of minus 4, Pendleton’s recorded low on Valentine’s Day was 8 degrees.

Although precipitation is expected to continue throughout the region, significant snowfall is not.

With temperatures expected to exceed freezing during daytime hours, Brooks said residents should expect a “wintry mix” of rain, freezing rain and snow over the next week.

And while warmer temperatures combined with rain in the Blue Mountains led to floods across the county in 2020, Brooks said the changing weather shouldn’t create flood conditions because the mountains are expected to retain their snow.

“We might see some parking lot stuff and some drainage stuff, but not any (floods),” he said.

Strandberg said ODOT’s plows are continuing to clear snow throughout the region, and although weather conditions are improving, he urged drivers to stay home if they could help it.

Pendleton Public Works Director Bob Patterson was slated to get the day off on Presidents Day, but he came into work to help with the city’s snow response. It’s the biggest single snow event he can remember since coming to work for the city in 1988.

Patterson said the city’s gravel trucks have been deployed 24/7 since the snow started falling to give cars extra traction when navigating the roads. But as with previous years, most of the city’s roads remain unplowed.

City officials have previously argued that Pendleton doesn’t get enough snowfall to merit the cost of maintaining and operating a plow during the winter months.

But Patterson said city staff are holding discussions about the possibility of using a plow during future winter events. One of the potential problems they’re trying to troubleshoot is how to avoid damaging cars parked on the side of the road, especially in some of the densely populated areas where off-street parking is limited.

Patterson said if the city were to start using a plow, it would focus on arterial streets, a city’s high capacity and high traffic streets, and collectors, the roads that connect neighborhood streets with arterials. Patterson said some examples of streets that could be plowed are Northwest Despain Avenue, Tutuilla Road and Southwest Hailey Avenue.