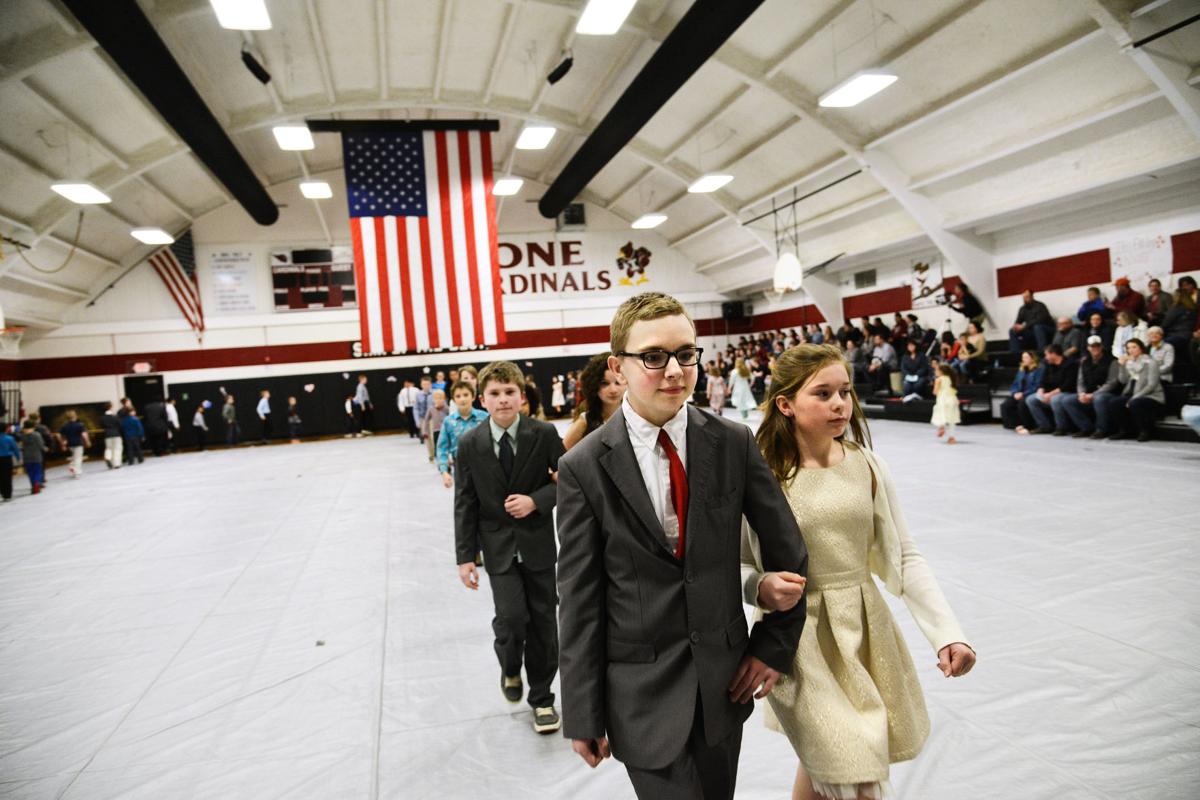 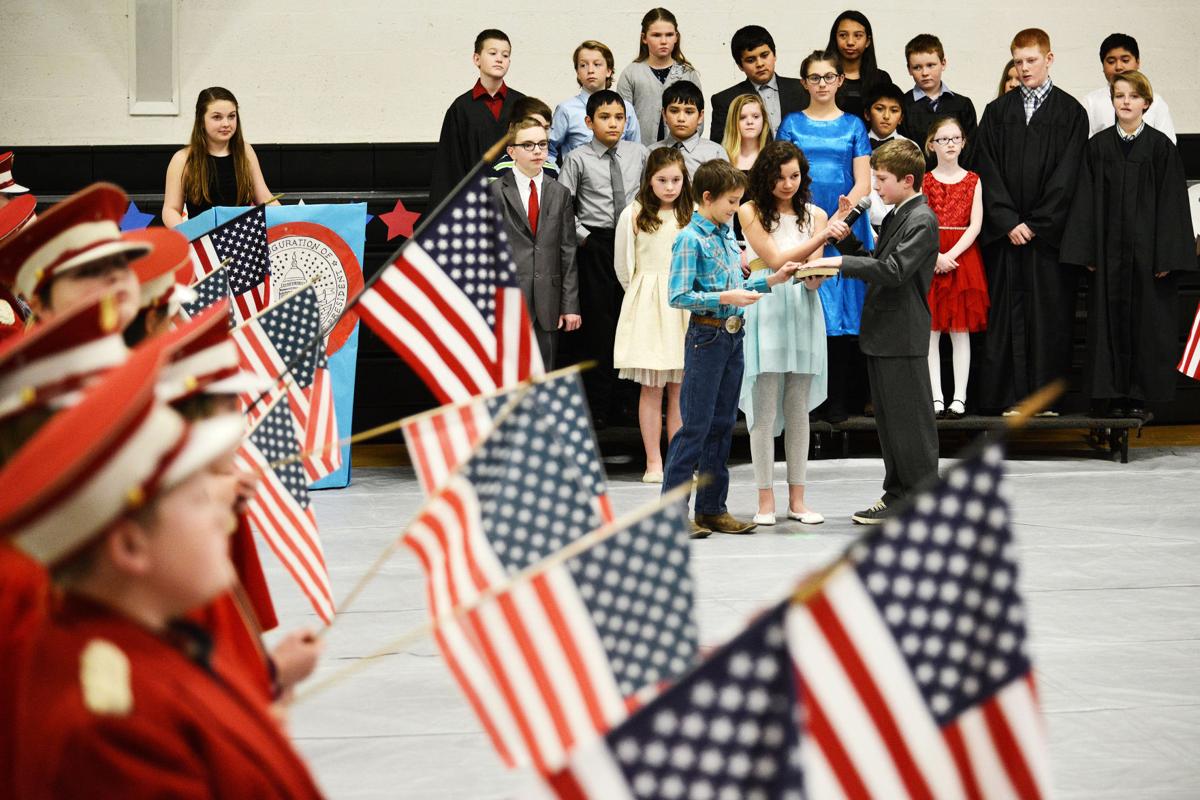 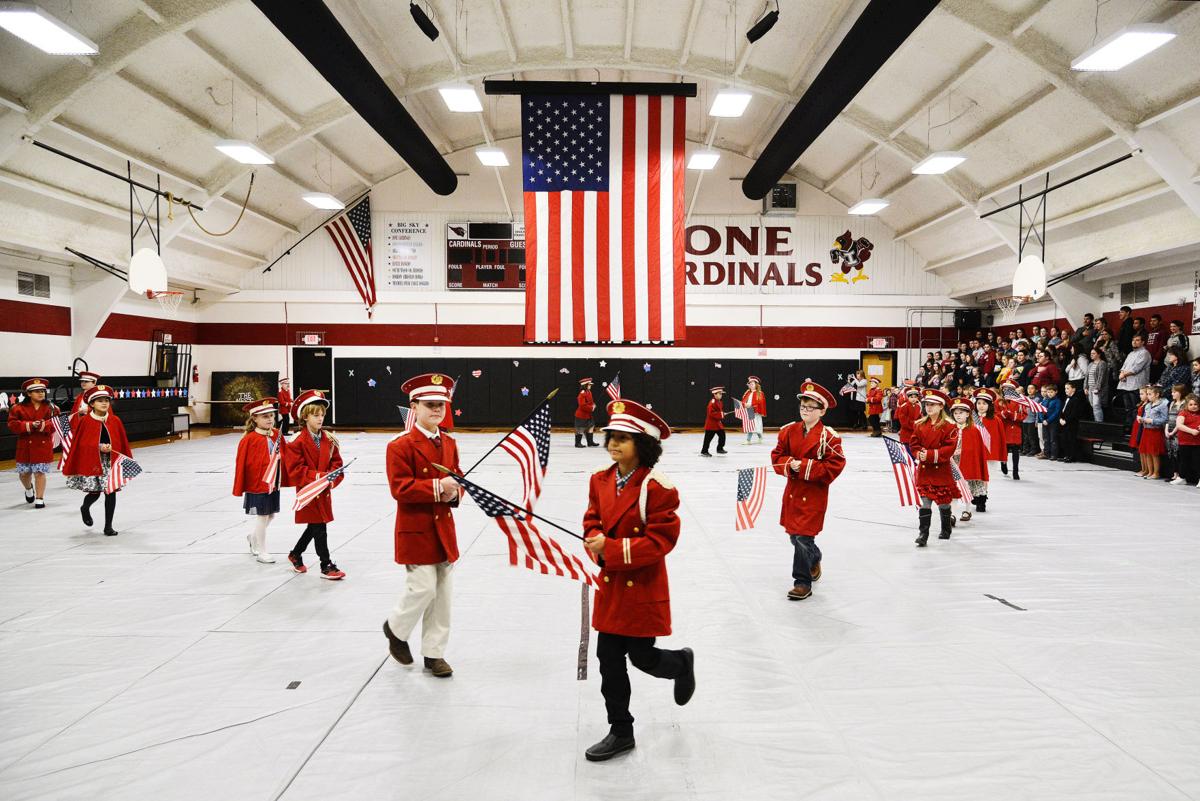 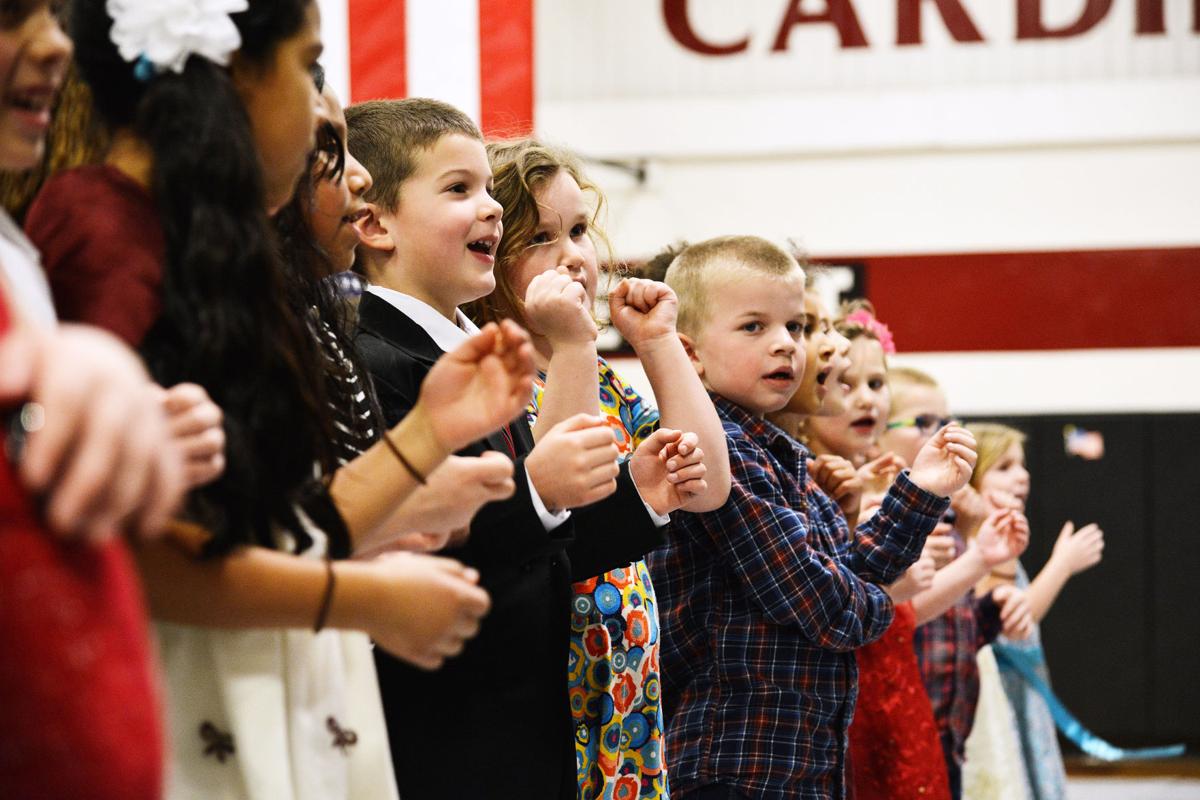 Kindergartners and first-graders perform “You're a Grand Old Flag” during the Ione Community School's presidential inauguration on Thursday in Ione.

Kindergartners and first-graders perform “You're a Grand Old Flag” during the Ione Community School's presidential inauguration on Thursday in Ione.

Most people never get to attend the presidential inauguration in Washington, D.C. — but Ione residents got to experience a ceremony of their own Thursday at the school’s traditional mock inauguration.

Ione has been hosting a pre-enactment of the presidential inauguration for more than 20 years as a way to teach students about the process, with students from kindergarten to sixth grade playing roles. Sixth grader Kalvin Rietmann played the role of president-elect Donald Trump, and Alexandrea Cavan played his wife Melania. Students from the fifth and sixth grade classes played the roles of Trump’s children, Vice President-elect Mike Pence and his wife, and other dignitaries who will attend the national event. Students also represented local officials, such as Ione’s mayor Rod Taylor and Morrow County Judge Melissa Lindsey.

“We hope it helps them understand government,” said retired teacher Barb Collin, who now works as a substitute teacher at the school.

“One of our former teachers, Diana Kincaid, thought of it to teach kids about the culture and about democracy,” said Linda Neiffer, a first-grade teacher. “We have a mock election, too — all the kids, kindergarten through sixth grade, get to vote.”

Neiffer said in this year’s mock election, students elected Trump by a small margin. Teachers have talked a lot with students about the election, and plan to watch some of Trump’s inauguration Friday.

“The kids are curious,” Neiffer said, adding that most of them were unfamiliar with the process. But many have older siblings who played roles in past inaugurations.

While the older students stood in for dignitaries and politicians, third and fourth graders presented the colors, marching in carrying American flags and wearing matching red uniforms.

Rietmann gave a brief inaugural address, in which he said he hoped to work with others to solve the nation’s problems.

The kindergarten, first and second grade classes sang “You’re a Grand Old Flag,” and students marched through the gym, ending the event with a mock “inaugural ball.”

“We’ve been using P.E. to teach students the box step,” said Collin. “It’s been hard to practice because of the snow days, but we’ve been out here whenever we could.”

Some aspects of the mock inauguration, such as speeches and choreography of the event, have been similar in past years. But planning for the event was rushed, teachers said, because of school closures— leaving students with only a short time to learn their roles.

Rietmann said he enjoyed playing the role of Donald Trump and learning about the inauguration.

“I was a little nervous when I first found out,” Rietmann said of his role as the president-elect. “But it was good.”

Collin said while it was a controversial election year, students did not seem impacted by the negativity that surrounded much of the race.

“We’re in a more Republican county,” she admitted. “But we kept it to the facts.”

Collin added that students are most excited about the tradition of the mock inauguration. There is a wall in the school’s hallway with photos of past ceremonies — a tradition unique to Ione.

“If you look out there,” she said, pointing to the stands where parents and students watched, “you’ll see kids and other people who were the president, the vice president or dignitaries in past years.”