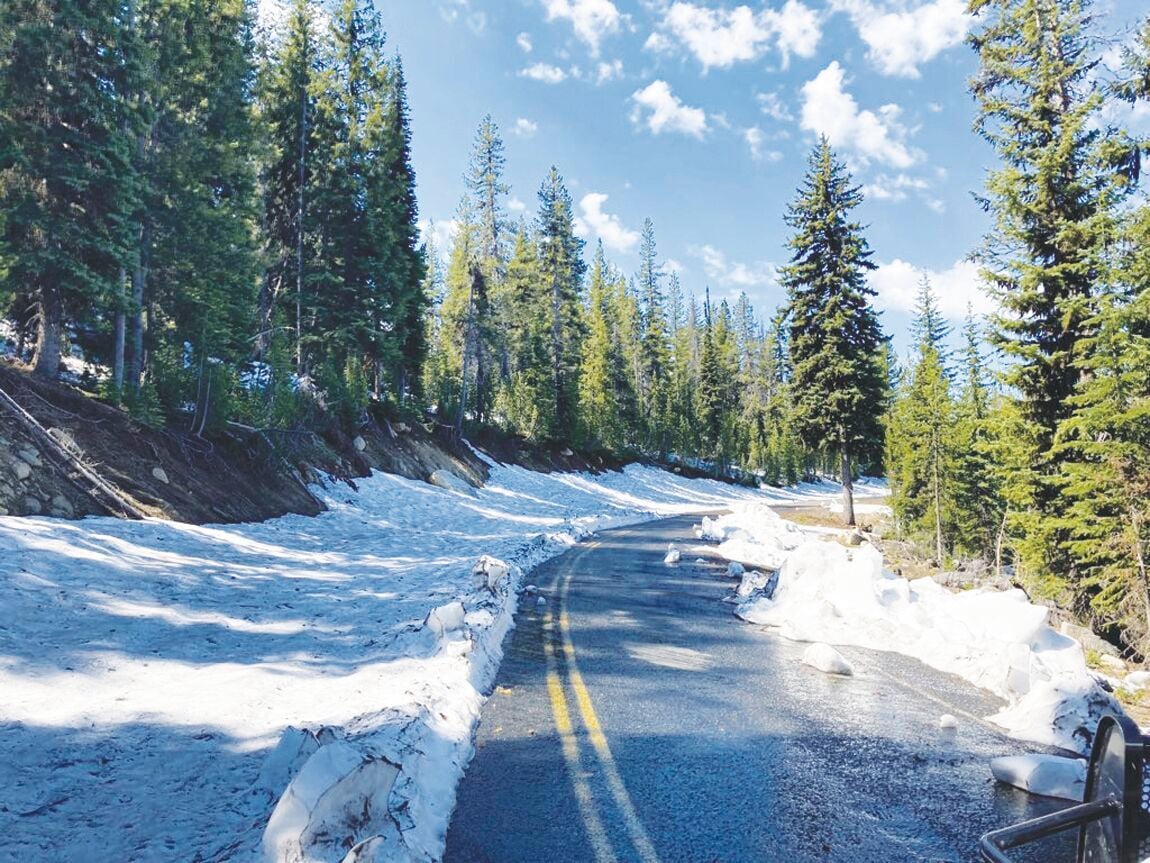 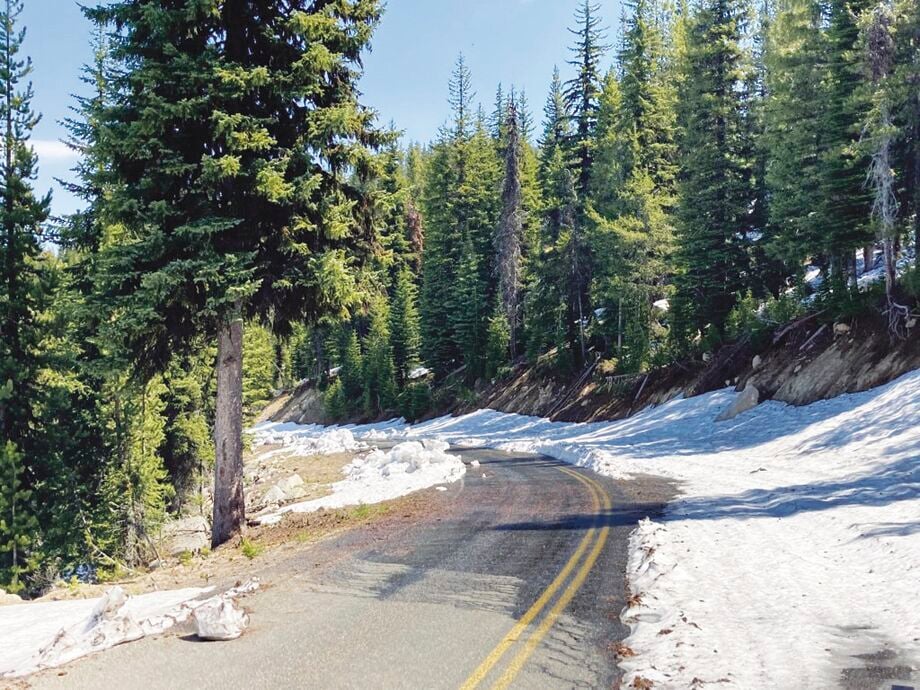 One lane is open through snowdrifts on the Elkhorn Drive Byway as of June 3, 2021.

One lane is open through snowdrifts on the Elkhorn Drive Byway as of June 3, 2021.

BAKER CITY — The Elkhorn Drive scenic byway is a 106-mile loop, but by late spring in most years just a few sections of the paved road, the total distance little longer than a football field, prevent drivers from making the full trip.

This would have been one of those years.

Until a crew from Anthony Lakes Mountain Resort got involved.

The obstacle is snow, a substance that crew has quite a lot of experience with since their usual task is moving snow during the ski season.

In most years, snow blocks the two-lane byway until mid to late June. In 2020 the route opened the last week of that month.

Judy said Anthony Lakes officials, after consulting with the U.S. Forest Service, which oversees the section of the byway most prone to persistent snowdrifts, decided to punch through those drifts.

“It’s something we took on to help people be able to get up and over,” she said.

“Over,” in this case, meaning over Elkhorn Summit, the 7,392-foot pass about two miles west of Anthony Lakes.

Elkhorn Summit is the second-highest point reached by a paved road in Oregon. The only higher paved road in the state is the Rim Drive in Crater Lake National Park, which tops out at about 7,900 feet.

The longest-lasting snowdrifts usually are along the 2 miles or so beyond Elkhorn Summit, where the byway crosses some areas sheltered from the sun.

By punching through drifts in that area, the Anthony Lakes crew gave travelers a way to access places, such as the North Fork John Day River campground and the Blue Mountains Scenic Byway to Ukiah, via Anthony Lakes rather than through Sumpter and Granite.

In the future, Anthony Lakes will strive to open at least one lane by Memorial Day weekend, although that goal might not always be feasible depending on the amount of snow, Judy said.