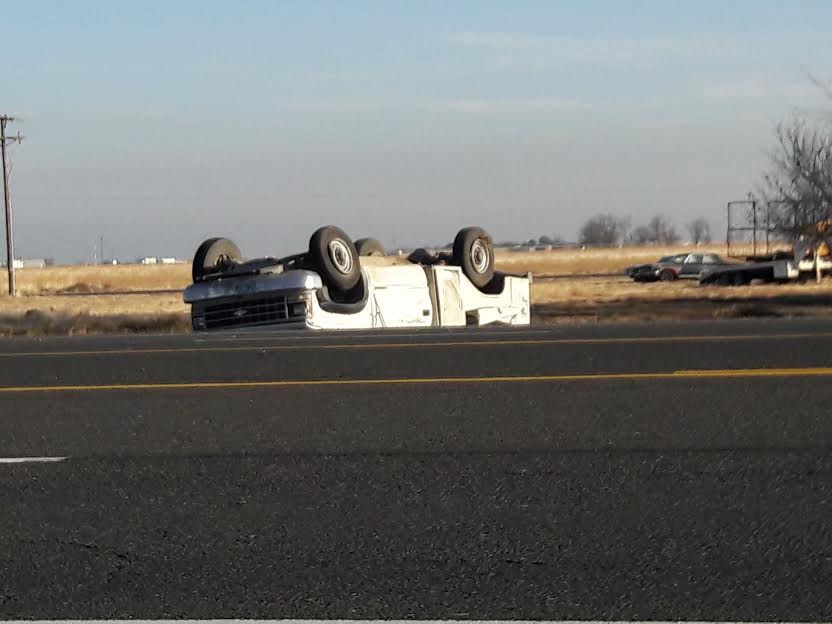 A white truck sits upside-down after a crash north of Hermiston on Tuesday morning. 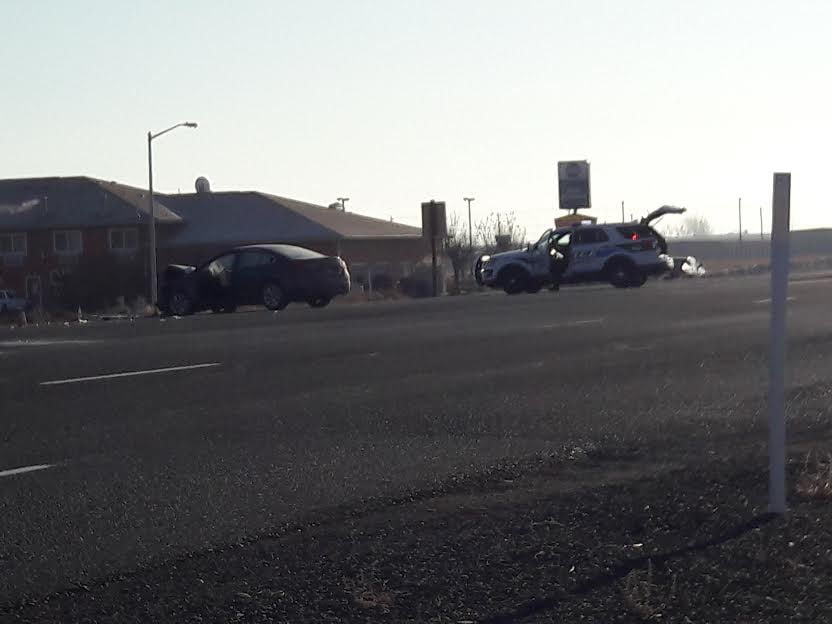 A crash closed Highway 395 north of Hermiston on Tuesday morning.

A white truck sits upside-down after a crash north of Hermiston on Tuesday morning.

A crash closed Highway 395 north of Hermiston on Tuesday morning.

HERMISTON — A Stanfield man died Tuesday morning in a crash on Highway 395 just south of Hermiston.

Dustin Scott, 48, died at the scene after being ejected from his truck.

According to the Hermiston Police Department, Jose Ascencion Torres, 70, of Hermiston, was driving a 2017 Subaru Legacy south on the highway when he attempted to turn left into a driveway across from Kelli Boulevard. He turned in front of Scott, who was traveling northbound in a 1992 Chevrolet truck.

The vehicles collided at about 7:25 a.m. and Scott’s truck rolled, ejecting him and injuring his 14-year-old passenger, who was wearing a seat belt and not ejected. The child and Torres were both transported to Good Shepherd Medical Center and released later Tuesday.

Officers arrived at the scene and began performing CPR until they were relieved by Umatilla County Fire District 1 EMS personnel. Scott was eventually pronounced deceased at the scene.

Traffic was blocked for several hours, with vehicles rerouted down Shannon Way while investigators examined the scene. Oregon State Police assisted by providing a traffic reconstructionist. The crash is still under investigation, according to HPD, but speed or intoxicants did not appear to be a factor. Torres has been cited for careless driving.