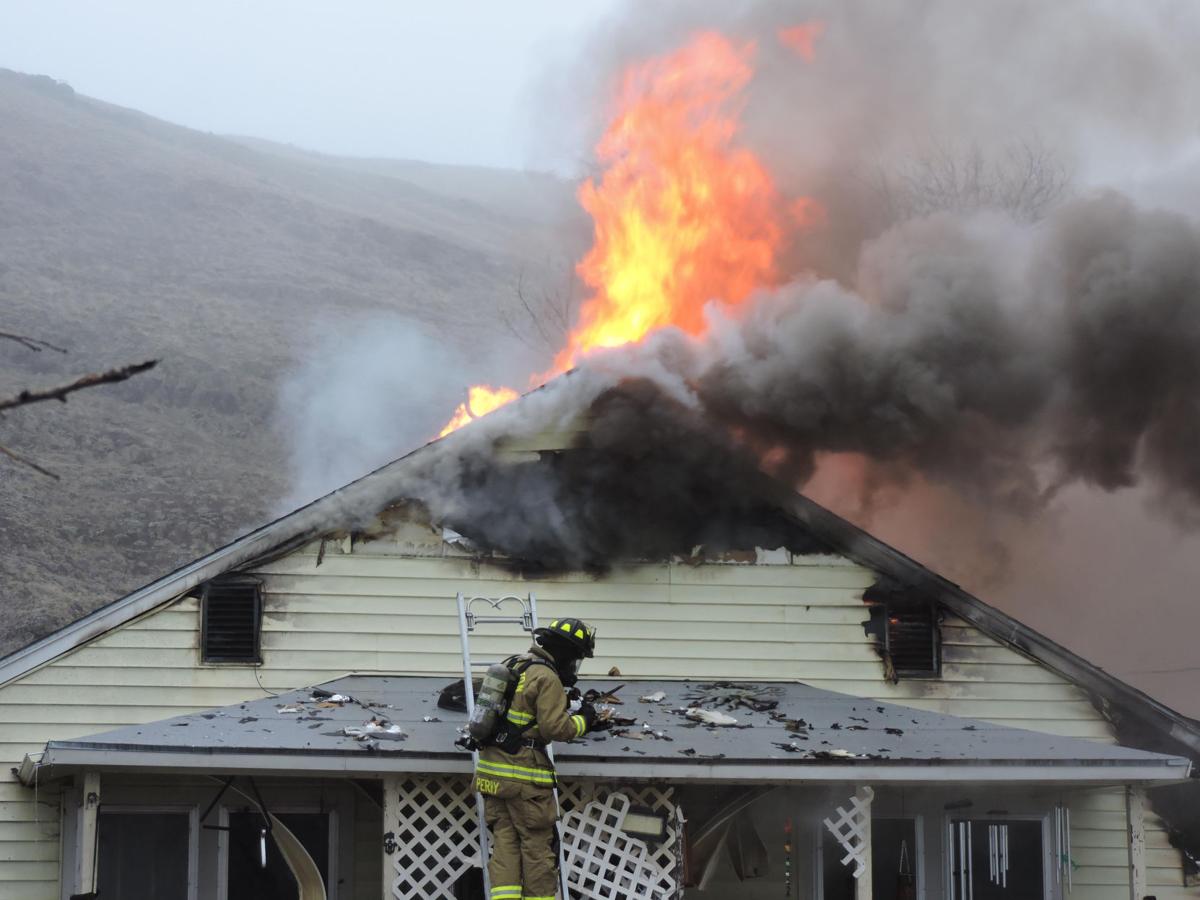 A home at 1525 S.E. Alexander Place caught fire Tuesday morning in Pendleton. No one was injured, but the house was severely damaged and five dogs were inside. 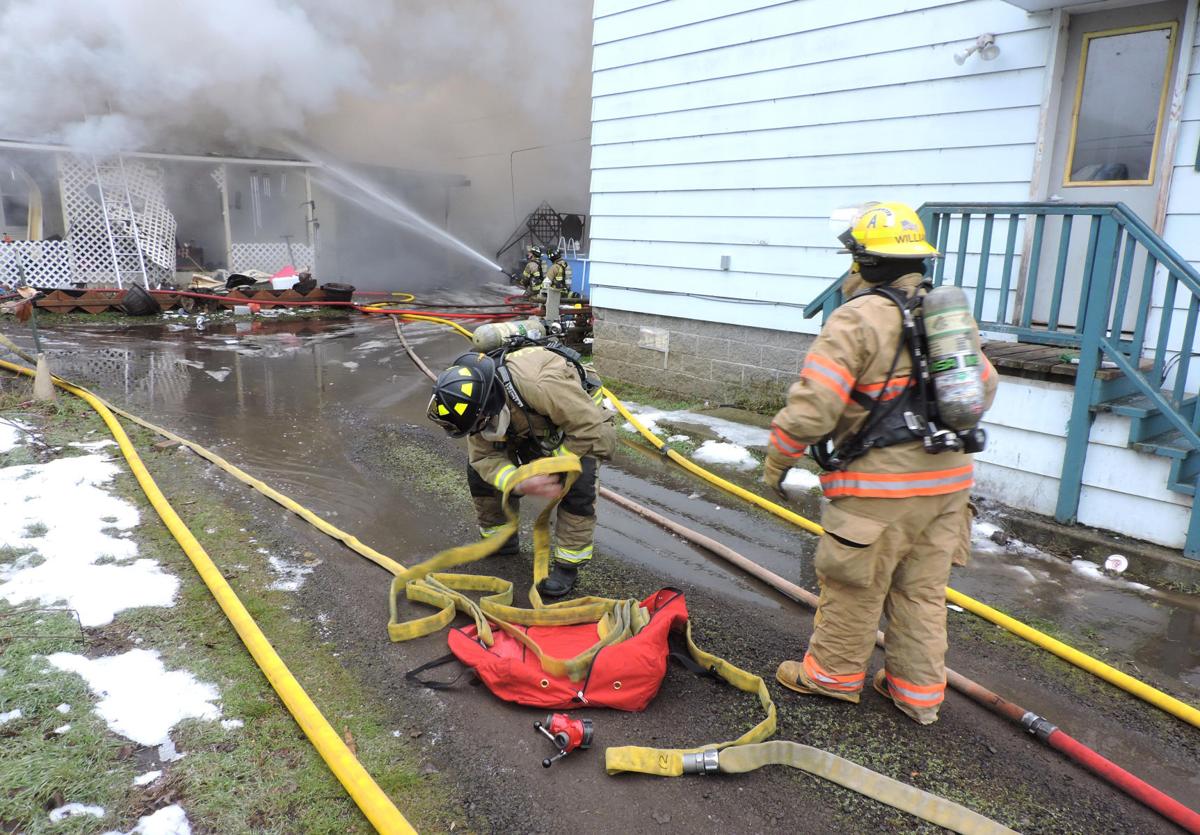 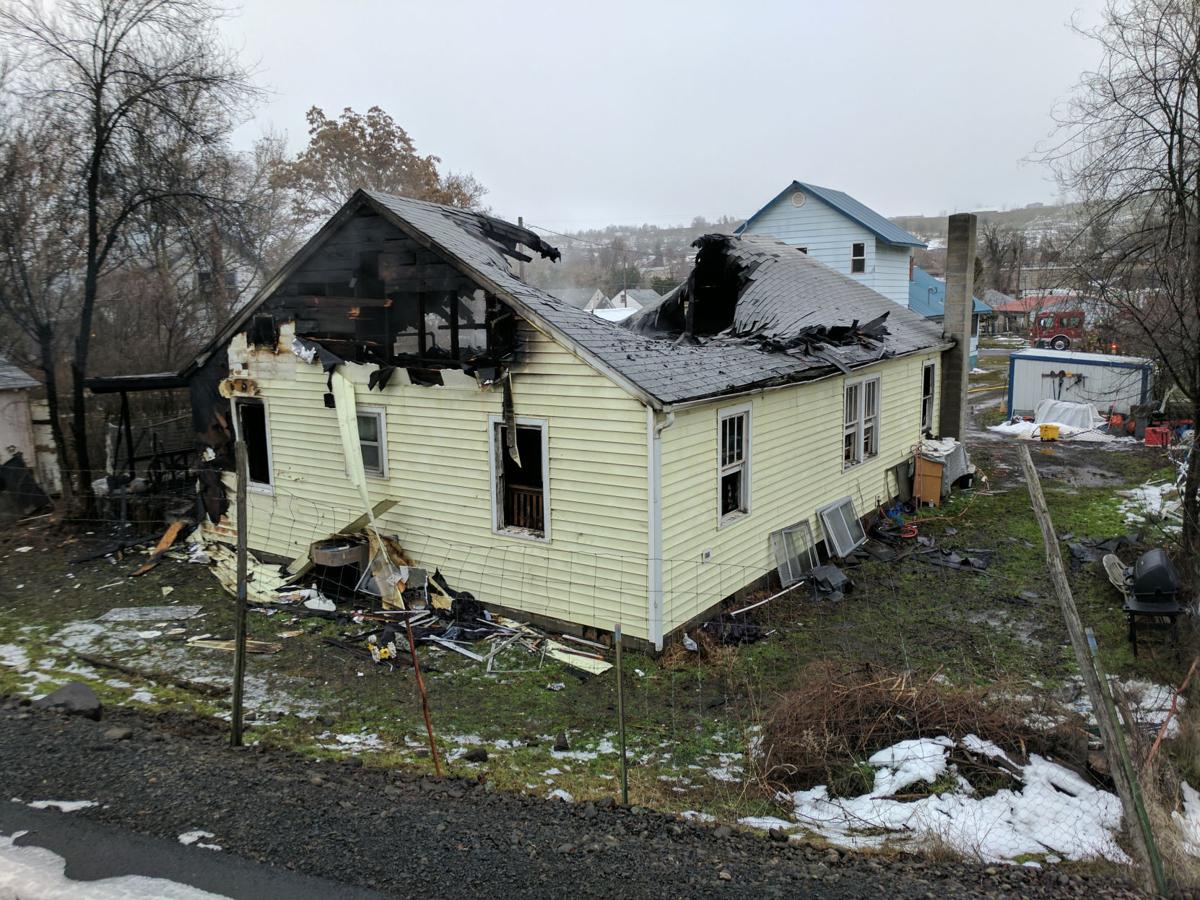 A fire destroyed a home at 1525 S.E. Alexander Place on Tuesday morning in Pendleton.

A home at 1525 S.E. Alexander Place caught fire Tuesday morning in Pendleton. No one was injured, but the house was severely damaged and five dogs were inside.

A fire destroyed a home at 1525 S.E. Alexander Place on Tuesday morning in Pendleton.

A fire that started near the furnace and water heater burned through a Pendleton home Tuesday morning and killed three of the family’s pets.

Andi Davis said she grew up in the house at 1525 S.E. Alexander Place since she was 8, and her mother and stepfather, Carol and Ralph McCall, still live there. But as far as she knew no one was home except for their dogs. Two large dogs escaped the fire, said Pendleton assistant fire chief Shawn Penninger.

The first reports of smoke from the back of the house came in around 8:45 a.m., and Pendleton Fire and Ambulance were on the scene soon after. Fire Chief Mike Ciraulo said flames were showing when crews arrived.

Pendleton sent three fire engines and their attack was stalled as they called for more from nearby agencies. Ciraulo said a team tried to attack the interior of the house, but that was too dangerous.

“The roof was collapsing,” he said.

Firefighters hauling hoses and ladders also had to be careful just walking. The freezing weather made for a thin layer of ice over streets and concrete. A couple of crew members slipped on the slick surfaces.

Teams hit the home with water from the front and the back. Flames still shot high above the pitched roof of the one-story home. Davis, tearful, watched from the edge of a nearby yard. She said it would have been better if the fire was quick, but watching the home slowly burn was torture.

“It’s like a play by play of every memory you have,” she said.

Davis said her mother was single and raised her and her sister, and this place always felt like home.

“She worked hard for everything she had,” Davis said of her mom. “She didn’t deserve to lose it.”

As firefighters got control of the blaze, an ambulance was dispatched to a two-semi wreck on Clark Lane and Airport Road near Woodpecker Truck & Equipment. There were no injuries, Penninger said, because the trucks were moving so slowly, but they couldn’t stop because a layer of ice about 1/8 of an inch thick was covering the roadway.