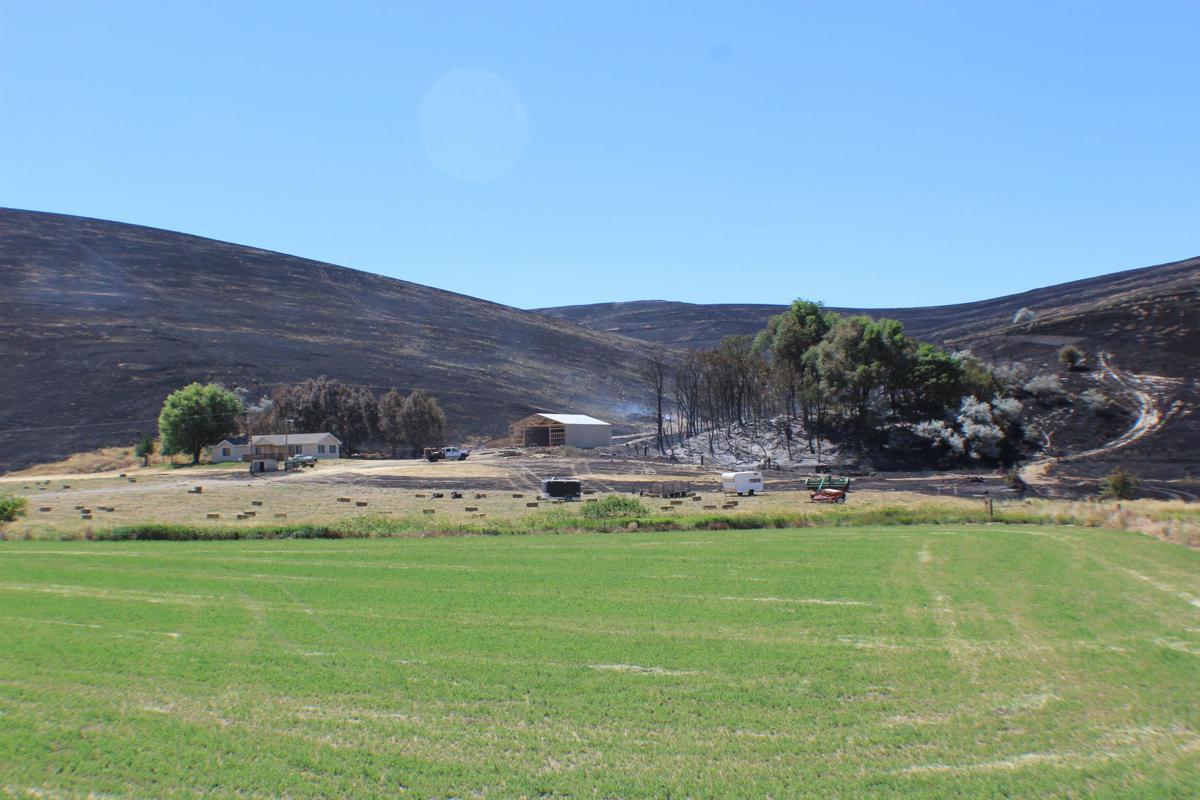 A hillside after being burned by the Hinton Creek Fire on Wednesday south of Heppner. 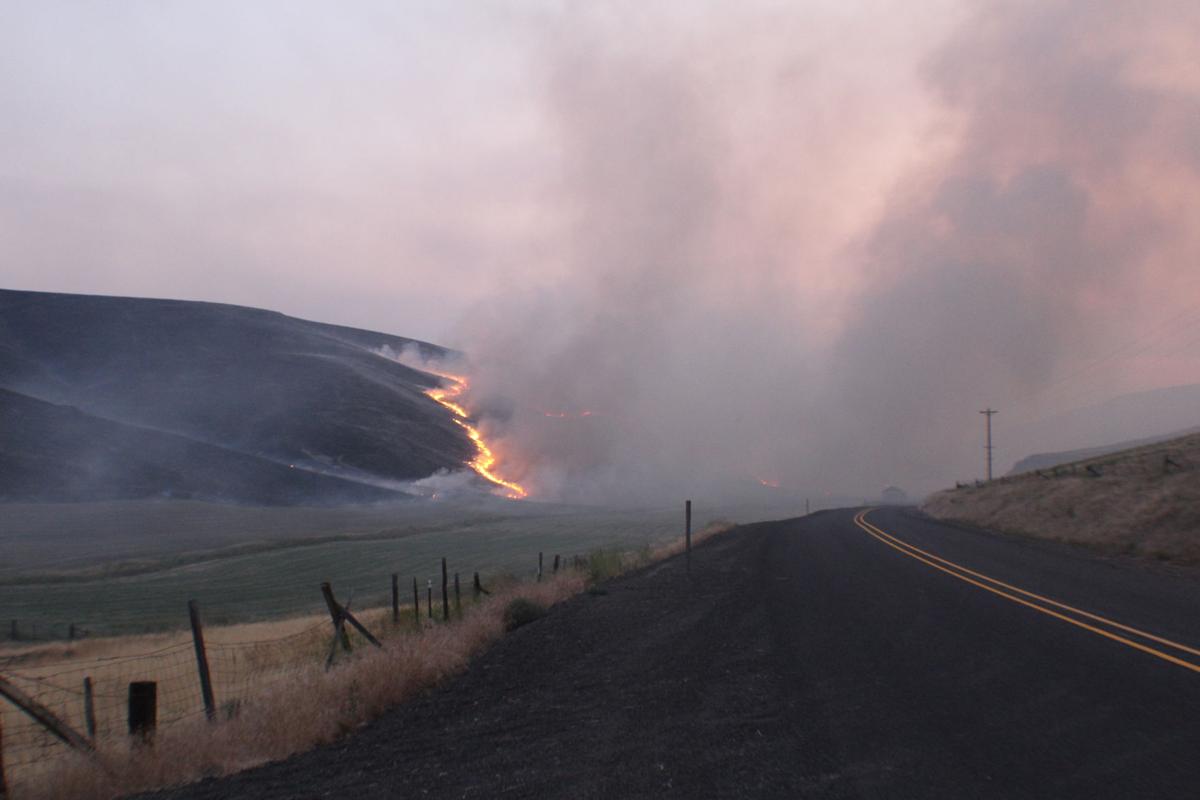 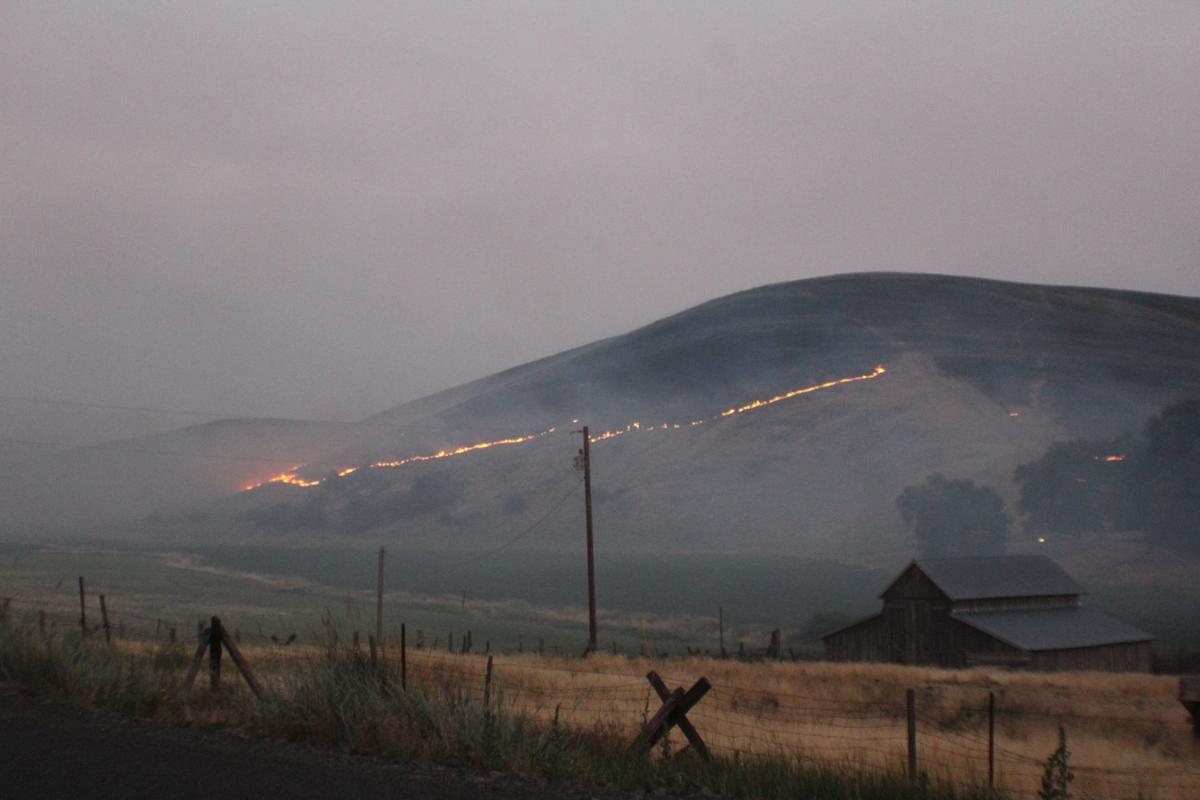 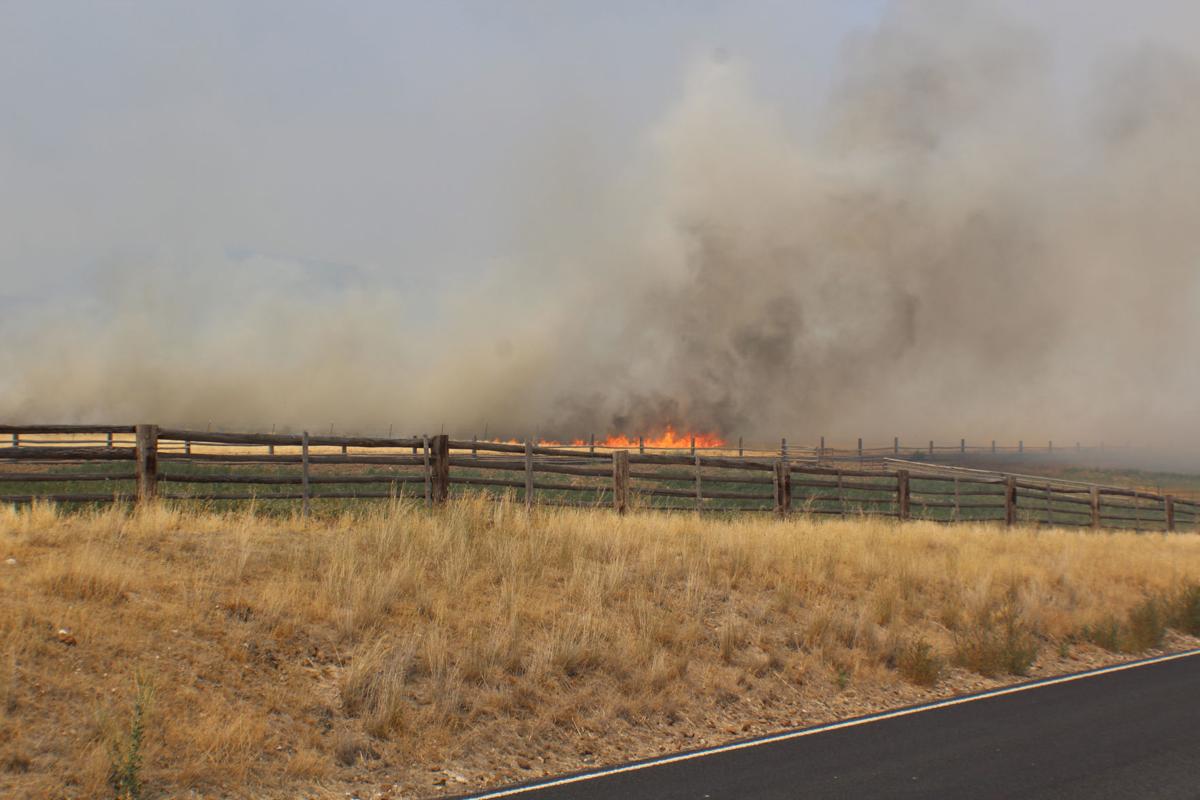 A hillside after being burned by the Hinton Creek Fire on Wednesday south of Heppner.

A grass fire that started southeast of Heppner on Tuesday spread between 15,000 and 20,000 acres, and required assistance from crews as far as Pilot Rock and Pendleton, as well as local ranchers and farmers.

The fire was accidentally started on Hinton Creek by a rancher using some equipment on his property, said Melissa Ross of the Morrow County Sheriff’s Office. No one was injured in the blaze and no structures were burned. Eleven residences and 43 outbuildings were threatened on Hinton Creek, and six residences and 23 outbuildings were threatened on Willow Creek. The fire burned grassland as well as several fences and corrals.

The fire started Tuesday around 1 p.m. Firefighters were released around 10:30 p.m. that night.

The fire burned between Hinton Creek and Willow Creek, and from east of Heppner up Hanna Arbuckle Road.

Bruce Young, of Bruce Young Logging near Heppner, said nine people from his company were assisting with the fire from about 2 to 11 p.m.

They brought a grader, a CAT, two water tenders and an engine to the fire.

“It was very extensive,” he said of the fire. “We engaged it down low, securing it, flanking it, and then heading to the head of it.”

He said they contained their side of the fire around 7:30 p.m., and then were asked to move to the Hinton Creek side, near the head of the blaze.

Many local ranchers also helped fight the blaze, and locals also provided food and drinks for those fighting the fire.