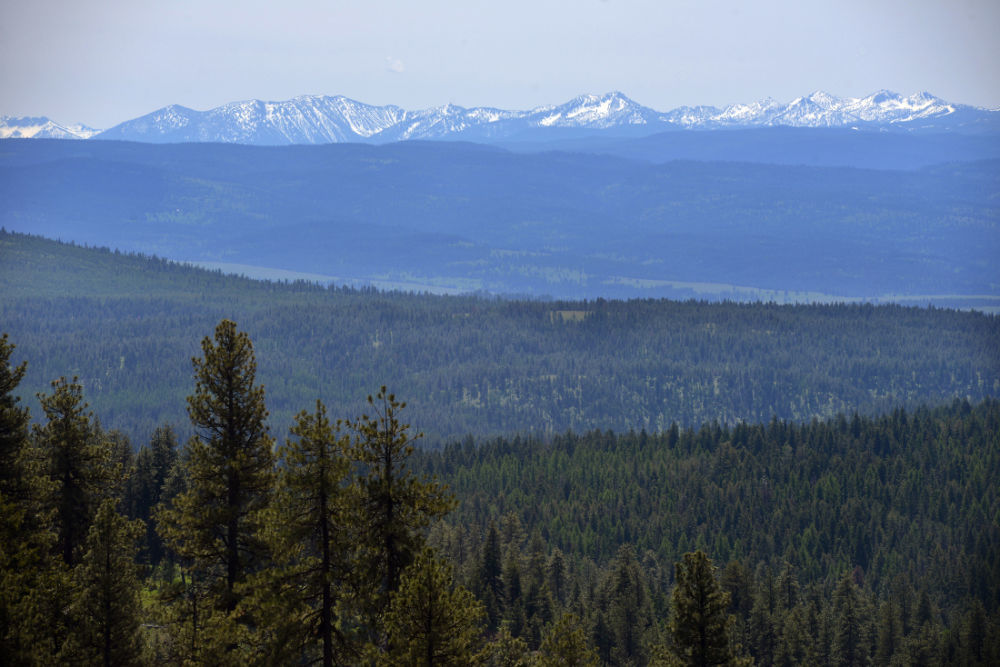 <p>The Blue Mountain Forest Plan has some recreational forest users concerned that motorized access to the forest will be limited.</p> 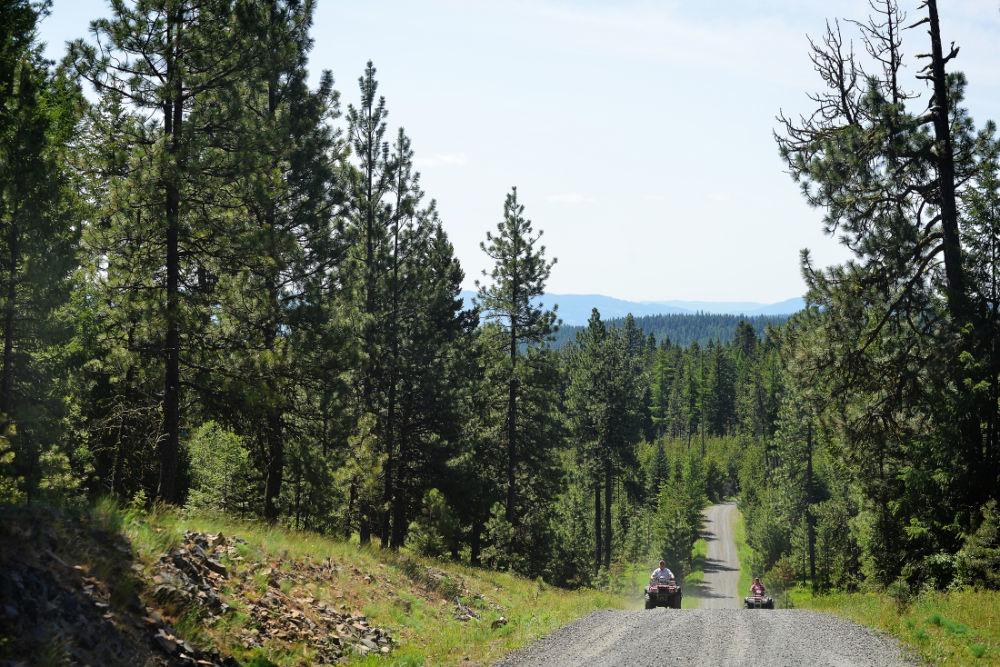 <p>Ed Yeoman of Hermiston rides ATVs with Edie Bailey of Hermiston on a forest service road recently in the Umatilla National Forest near Mt. Emily east of Meacham.</p> 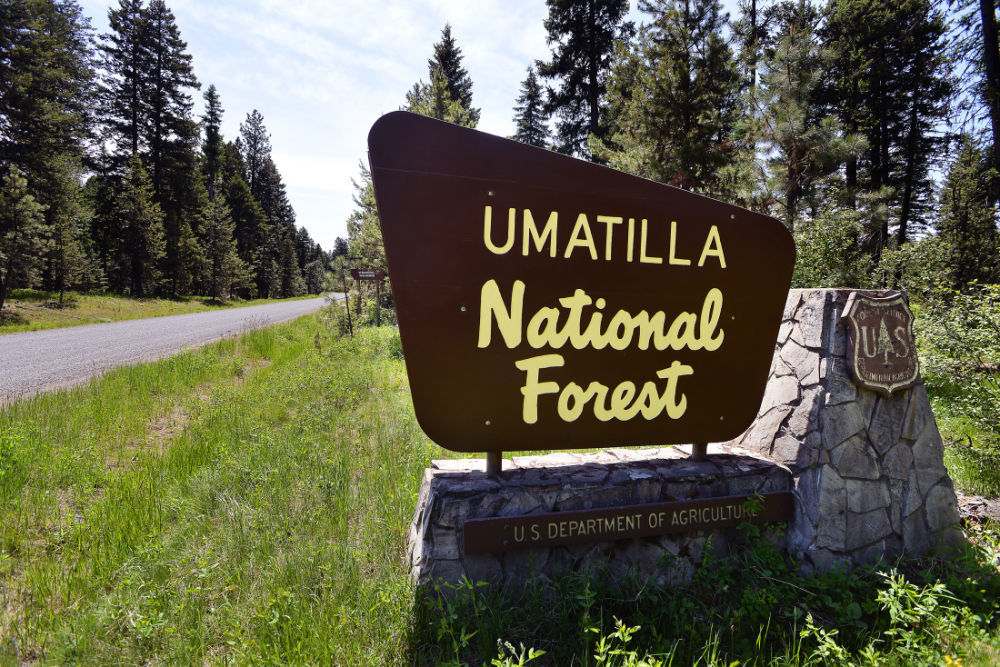 <p>The Blue Mountain Forest Plan has some recreational forest users concerned that motorized access to the forest will be limited.</p>

<p>Ed Yeoman of Hermiston rides ATVs with Edie Bailey of Hermiston on a forest service road recently in the Umatilla National Forest near Mt. Emily east of Meacham.</p>

At 67 years old, Ed Yeoman admits he cant hike or ride a bicycle like he used to.

So when Yeoman, an avid hunter and outdoorsman, is looking for a mountain getaway, he rides his all-terrain vehicle into areas he wouldnt otherwise be able to access.

Along with Roger Ford, 71, the two Hermiston men are members of the Funrunners ATV Club that travels together on outings into the local Umatilla and Wallowa-Whitman national forests. Of the clubs 30-40 members, Yeoman figures about 60 percent are over the age of 60.

Their concern now is whether a proposed revision to the Blue Mountains National Forests Land Management Plan could be setting the stage for closing roads to motorized access, effectively shutting them out of long-used public lands.

Public lands means they belong to everybody, Yeoman said. Its common sense. If theres fire danger, I could see roads being closed to ATVs. But at this time of year, they should be open to public access so I can go pick my mushrooms and enjoy the land.

Earlier this year, the U.S. Forest Service unveiled its updated management plans and draft Environmental Impact Statement covering 4.9 million acres in the Umatilla, Wallowa-Whitman and Malheur forests, including a portion of the Ochoco National Forest administered by the Malheur.

Public comment is extended through Aug. 15 to fully digest the lengthy documents, which total more than 1,400 pages. A series of informational meetings were also held across the region, including in La Grande, Pendleton and Heppner.

Yeoman and Ford said they both attended the meeting in La Grande and came away less than reassured. While the Forest Service has repeatedly insisted the plan itself will not close any roads, Ford said he believes it will provide the framework for closures as determined later by the agency.

I think theyre just trying to pull the wool over peoples eyes, Ford said. In other words, their decision has already been made and you just dont know what it is yet, or they make the decision later and its outside of your control.

All three forest supervisors said that is not the case. They are simply trying to balance the multitude of ways the forest is used, while maintaining a safe, responsive road system.

Thats the real issue, Laurence said. We have had a multiple-use mission for the almost 110 years weve been around. Youre always balancing competing interests from the public, while stewarding the resource for the future.

The Forest Plan is a meaty piece of work, done in cooperation with county and tribal governments. It touches on everything from wildlife habitat and recreation to economic interests such as cattle grazing and logging operations.

The purpose of the forest plan is strategic in nature. It does not make any site-specific management decisions, but does set goals and desired conditions intended to achieve social, economic and environmental objectives.

Plans are revised about every 15 years to take advantage of the latest science and land management practices. Each forest in the Blue Mountains gets its own management plan, but they are joined together under a single Environmental Impact Statement.

Umatilla Forest Supervisor Kevin Martin said this plan is much more focused on restoration compared to the current plan, which was approved in 1990. Fifteen years of environmental effects, such as wildfires and disease, have left plenty of work ahead to create a healthy, resilient landscape.

We think that, by creating healthy forests, well have healthy communities, Martin said.

Roads are certainly a part of that vision, Martin said. Its how managers and the public move around and engage with the forests, but they can also have a negative effect when it comes to protecting water quality and animal habitat.

In Part I of the plans preferred alternative, there is a section that specifically addresses roads and trails access. Historically, roads were provided to connect to popular scenery, campsites and hunting areas, as well as for gathering resources like firewood and berries.

But in the last 25 years, the Forest Service has determined many roads could be closed and decommissioned to reduce wildlife and riparian impacts. New road construction has markedly declined, while cross-country travel on ATVs has led to disturbing habitat and spreading invasive species, according to the plan.

The desired condition is to maintain an appropriate road system that takes all that into account. Road density should be minimized in certain watersheds, and kept to 1.5 miles of road per square mile within winter elk habitat.

Its that language in particular  designated routes  that has the group Forest Access for All particularly disturbed. Executive Director John George, of Bates, said that is the basis for setting up a closed-forest system.

Designated routes essentially set the template for managers to come back and establish travel management across the Blues, George said. He estimates the move would lock up 98 percent of the Wallowa-Whitman to individuals and families that count on motorized access to reach their favorite spots.

You assume everything is closed, unless it is posted as open, George said. Its about them summarily cutting you off from the mountains. Once they say this area is not designated for motorized use, youre not allowed on it.

Again, Laurence emphasized the Forest Plan itself does not close roads. It would take a site-specific project analysis and community involvement to do that under the National Environmental Protection Act, or NEPA.

I think there are some people who are confused, or theres some level of mistrust out there, Laurence said. (Travel management) is a different process, and it requires much more site-specific analysis than whats taking place in the Forest Plan.

Not everyone is in favor of motorized access. Carl Scheeler, wildlife program manager for the Confederated Tribes of the Umatilla Indian Reservation, said their treaty rights ensure tribal members are able to gather their First Foods from the public lands.

That is not possible with unlimited, unfettered motorized access, Scheeler said. Appropriate management is needed to make sure the resources are not lost or damaged.

The forests are not a parking lot or roadway, Scheeler said. Theyre a complex ecosystem, and they should be treated as such.

For example, Scheeler discussed how vehicles have driven elk out of their usual winter habitat down into lower elevations, where they feed in livestock fields or on farmland.

The Forest Plan says all the right things, Scheeler said, with its focus on stewardship of resources.

We believe we need to limit cross-country travel, he said. We cant have people driving everywhere they want to go out there, and expect to protect the resources that are important to the tribes and to all people.

George, who has a degree in range management from Oregon State University, defended those who access the forest responsibly. In particular, he said elk are driven from their habitat onto private land not because of ATV riders, but because ranchers have done a better job of managing their land than the Forest Service  which, in turn, means better forage.

These animals arent dumb. They know where to go to find the green, George said. Its not just humans who are having an effect on the wildlife. The Forest Service has really lost sight of that, in my opinion.

Forest Service for All will hold meetings June 27-28 in Pendleton, Hermiston and Heppner to instruct residents how to make substantive comments to the Forest Service. George hopes thousands of people will write to express their access concerns.

We want to see our culture and our traditions honored so this can work and fit our needs, he said.

Martin said the USFS looks forward to hearing those comments.

People are passionate about their public lands, Martin said. We want people to take a look at this, and tell us what you think.