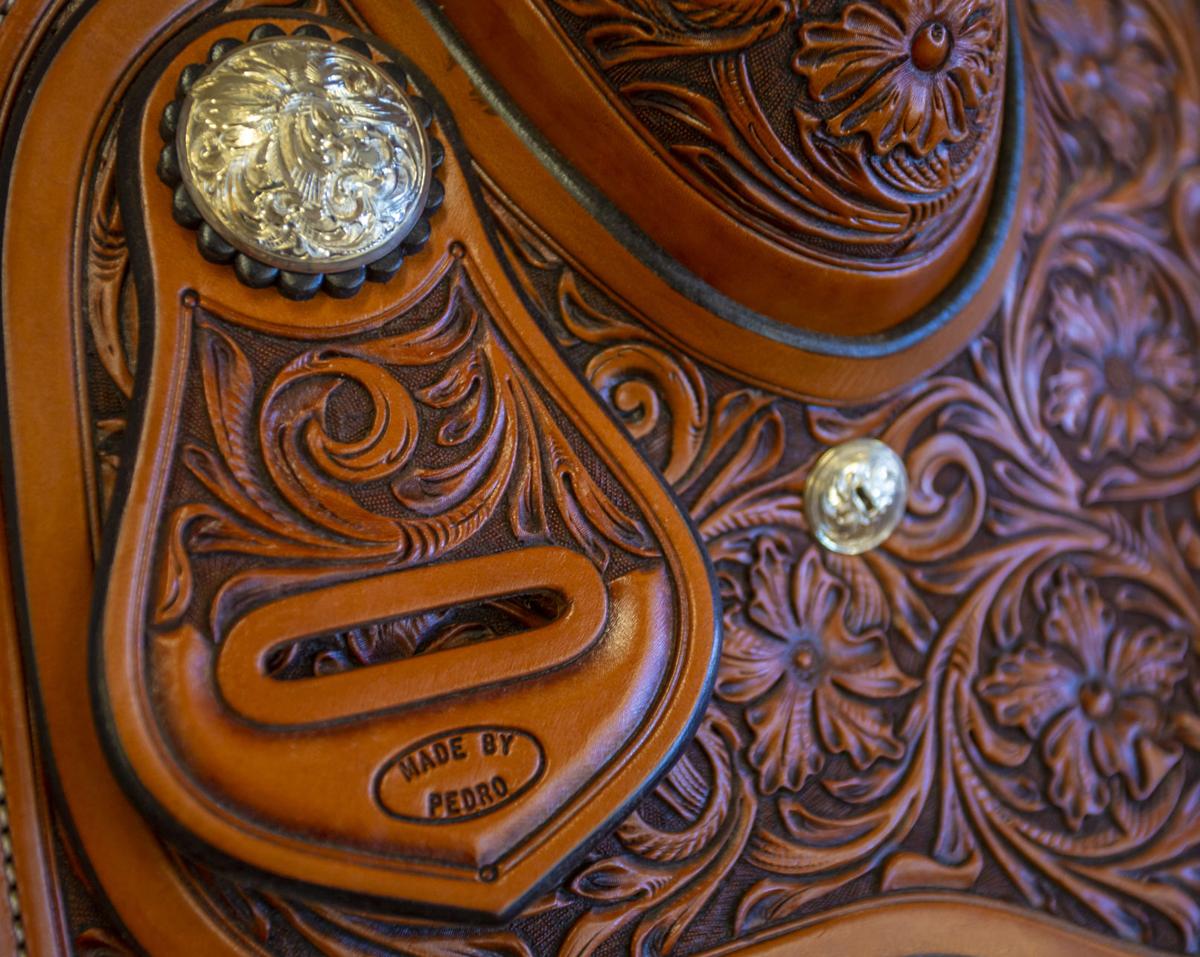 “Made by Pedro” is carved into an element on the side of Pedro Pedrini’s 2018 TCAA saddle. The saddle was crafted as a part of the 2018 TCAA Exhibiiton & Sale. 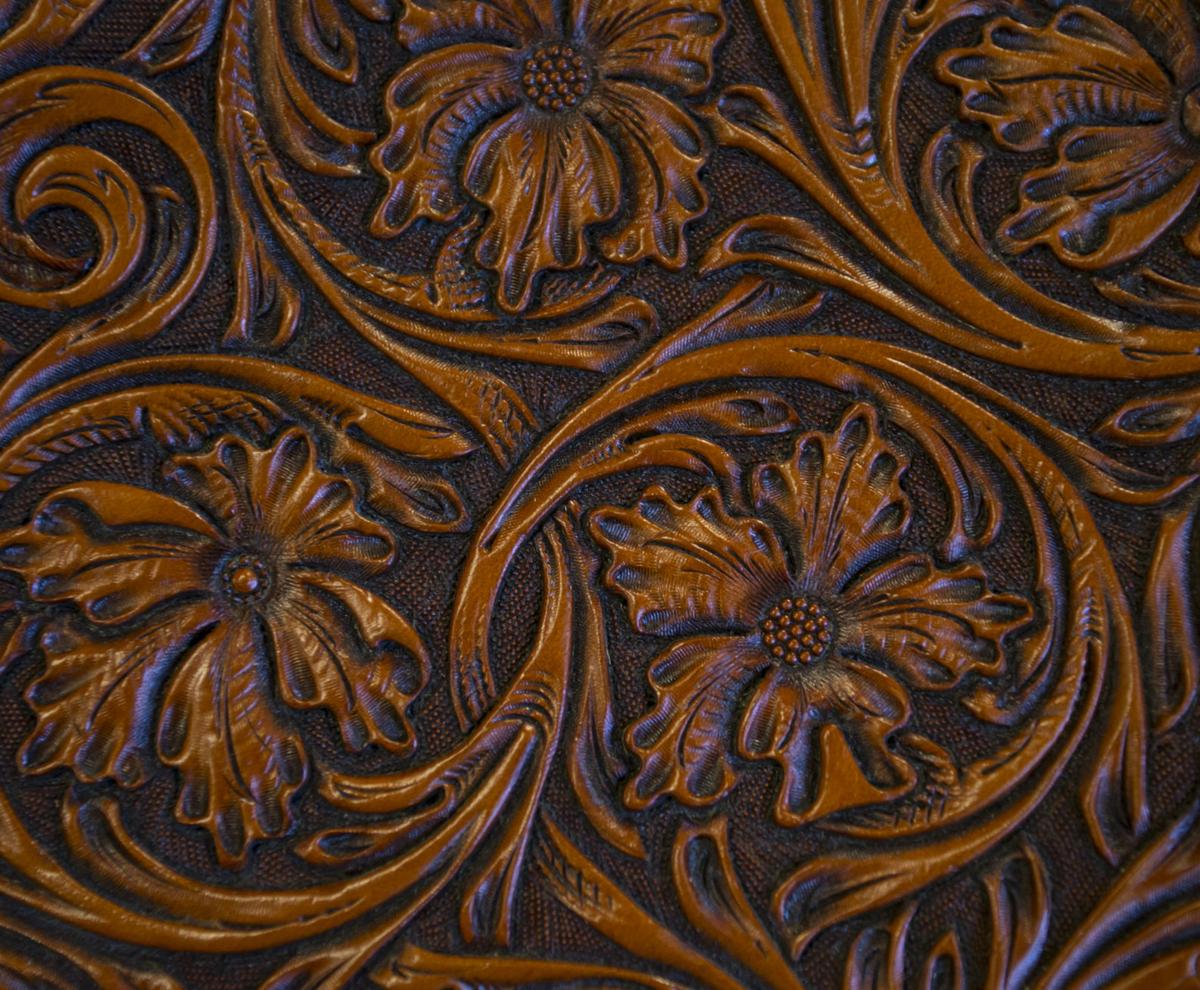 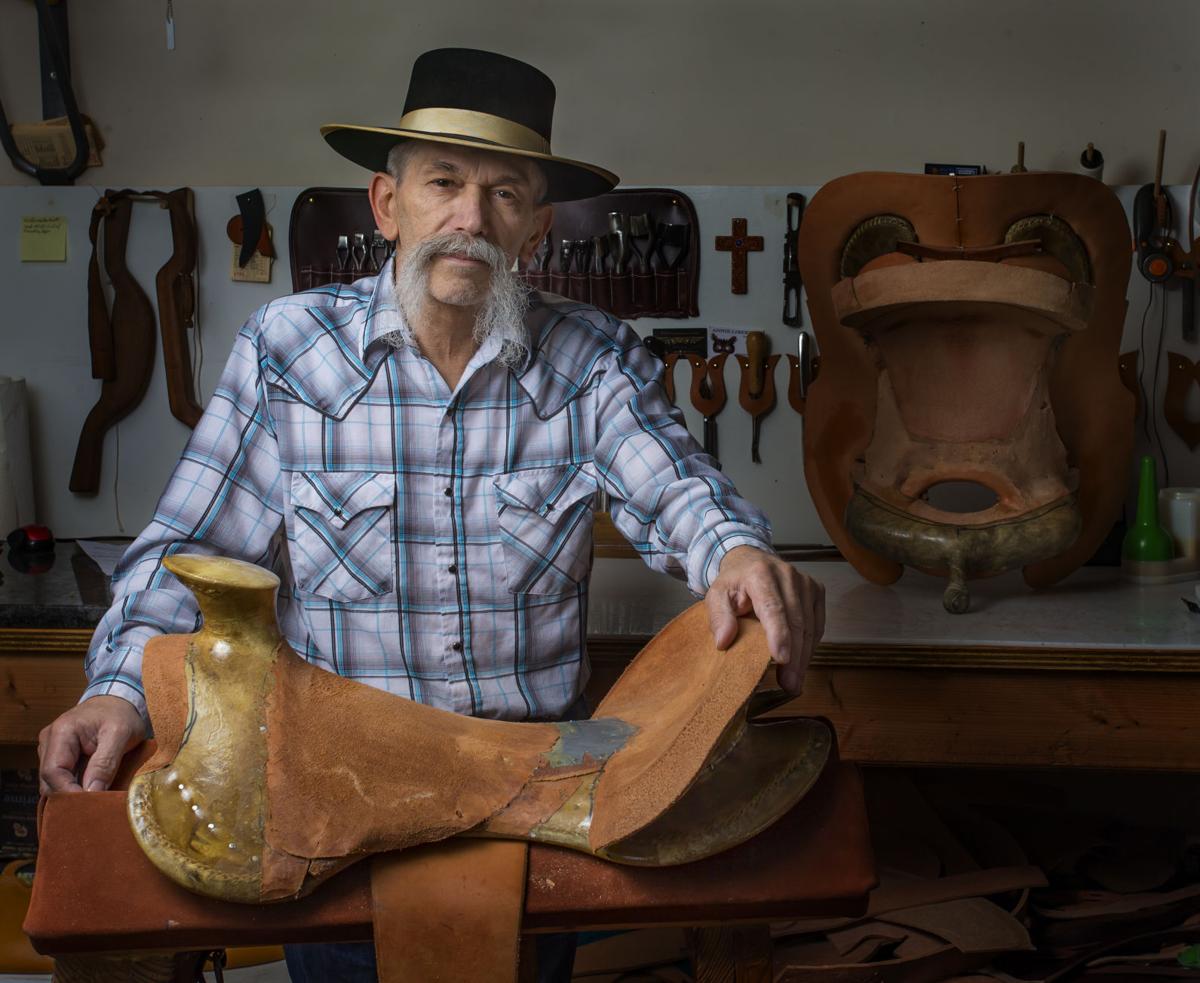 “Made by Pedro” is carved into an element on the side of Pedro Pedrini’s 2018 TCAA saddle. The saddle was crafted as a part of the 2018 TCAA Exhibiiton & Sale.

PENDLETON — When one thinks of the great American West and cowboy culture, their mind is not initially drawn to the French. However, Pendleton saddlemaker Pedro Pedrini breaks that stereotype.

Born in France in 1952, Pedrini’s love affair with Western life began on a family friend’s dude ranch at the base of the French Alps when he was only 10 years old. It was there that the young Pedrini spent time working with horses and learning the ins and outs of saddles, stirrups, bridles and other tack.

“I have thought about what drew me to western culture for most of my life,” Pedrini said. “All I can think of is the freedom of the big open spaces and the horse and saddle that built this entire country.”

After developing a love for leather carving and crafting in France, Pedrini ran out of viable instructors to teach him. In 1978, Pedrini turned his sights on America to advance his dream of crafting western saddles. Over the next decade Pedrini worked and apprenticed under saddlemakers throughout North America, including Eddie Brooks of J.M. Capriola in Elko, Nevada, and Canadian saddlemaker Chuck Stormes. He became a United States citizen in 1992.

“The horse and saddle built this country,” Pedrini said. “Without the horse, there would be no country and no cowboy; everyone that came to the West traveled by horse, it’s the essence of the United States.”

It was through these years of tutelage that Pedrini’s work began to gain the recognition he receives today. Pedrini has often won awards for his workmanship, including a 2008 award for Saddlemaker of the Year from the Academy of Western Artists. Despite many awards over his years of work, one of Pedrini’s most memorable was his acceptance into the Traditional Cowboy Arts Association (TCAA) in 2007.

In 2009, Pedrini launched the Western Leather Academy on his ranch in Marysville, California, as a way of giving the instruction that he had sought out in his youth. He offered small courses or individual instruction to those looking to learn about leatherworking and he assists people with projects that they bring in, such as belts, chaps or tack equipment.

“I can make saddles, but if I can’t give that skill to someone then it doesn’t mean anything,” Pedrini said.” “For me, at this point, it’s all about education.”

Founded in 2017, the Hamley Saddle Academy offers 10-week courses that focus on the construction of two saddles that the participants are able to keep or sell at the end of the course. Additionally, a shorter three-week course is available for more advanced students and allows them to make a single saddle as a way of advancing existing leather skills.

In October, Pedrini will travel to the National Cowboy & Western Heritage Museum in Oklahoma City, Oklahoma, for the 21st annual Traditional Cowboy Arts Exhibition & Sale, which runs from Oct. 4 to Jan. 5, 2020. There, Pedrini will demonstrate his saddle making and leather crafting skills alongside bit and spur makers, silversmiths and rawhide braiders.

At last year’s exhibition, Pedrini completed a $35,000 saddle with an alligator-inlaid seat and silver details crafted by silversmith Scott Hardy, a fellow exhibitor. While Pedrini often does his own silver work for his saddles, the exhibitions encourage collaboration between artists and adherence to one’s main trade throughout the show.

“I love the artistic practicality of western saddles,” said Pedrini. “They can be an expensive piece of art but still work on the ranch. It’s the same way a beautiful sports car will still do 55 on the highway.”